Ladies and Gentlemen, step right up!

For the first time ever, Laguinitas Beer Circus took a whirlwind stop at London’s Flat Iron Square giving London an opportunity to gaze at many spectacular performers from aerialists to sideshows; some of which you may wish you had never cast your eyes upon. All whilst drinking a selection of brews from their very own brewery! 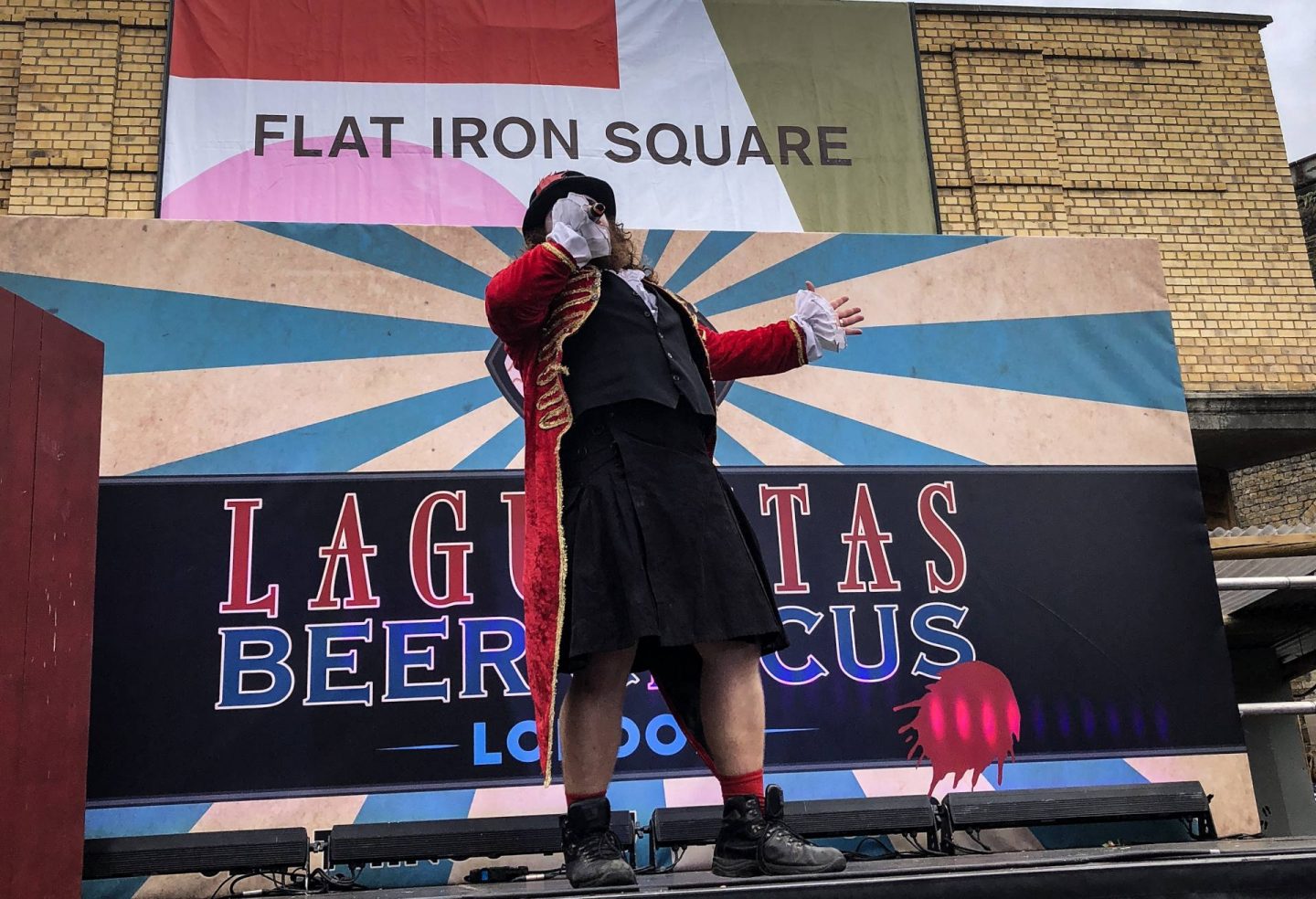 I’d be lying if we said our first stop of the afternoon was the bar, as it was actually the Wild at Heart Foundation table! This wonderful charity had teamed up with Lagunitas, whose logo so happens to be a doggo, and were the lucky recipients of all profits from the ticket sales! As we were kindly gifted our tickets we only felt it necessary to do our bit for the charity, so I purchased a fab new jumper. 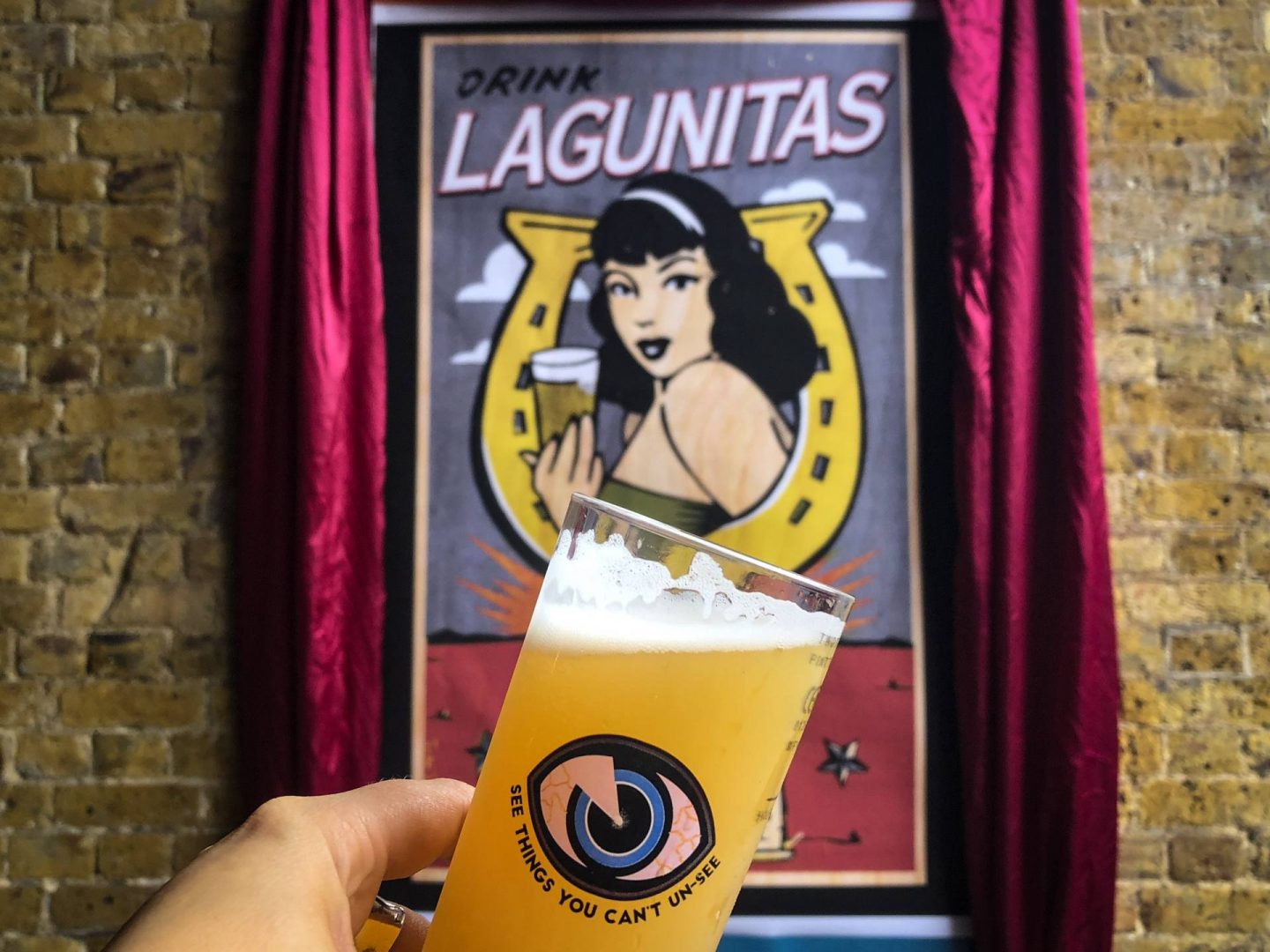 We then made it over to the bar! Mike went in for the Imperial Stout that’s a whopping 9.9% so please drink this one carefully if you decide to try after reading this! It’s made with highly roasted malted barley, and plenty of it, to give the beer an uncommon richness and smoky, roasty depth. It even had a slight chocolate hint to it which was lush!

I tried the Strawberry White Pale Ale which was a little lighter at 5.1% making it more of a session beer. It was light, fruity and a little creamy making it the perfect beer to kick the day off with. 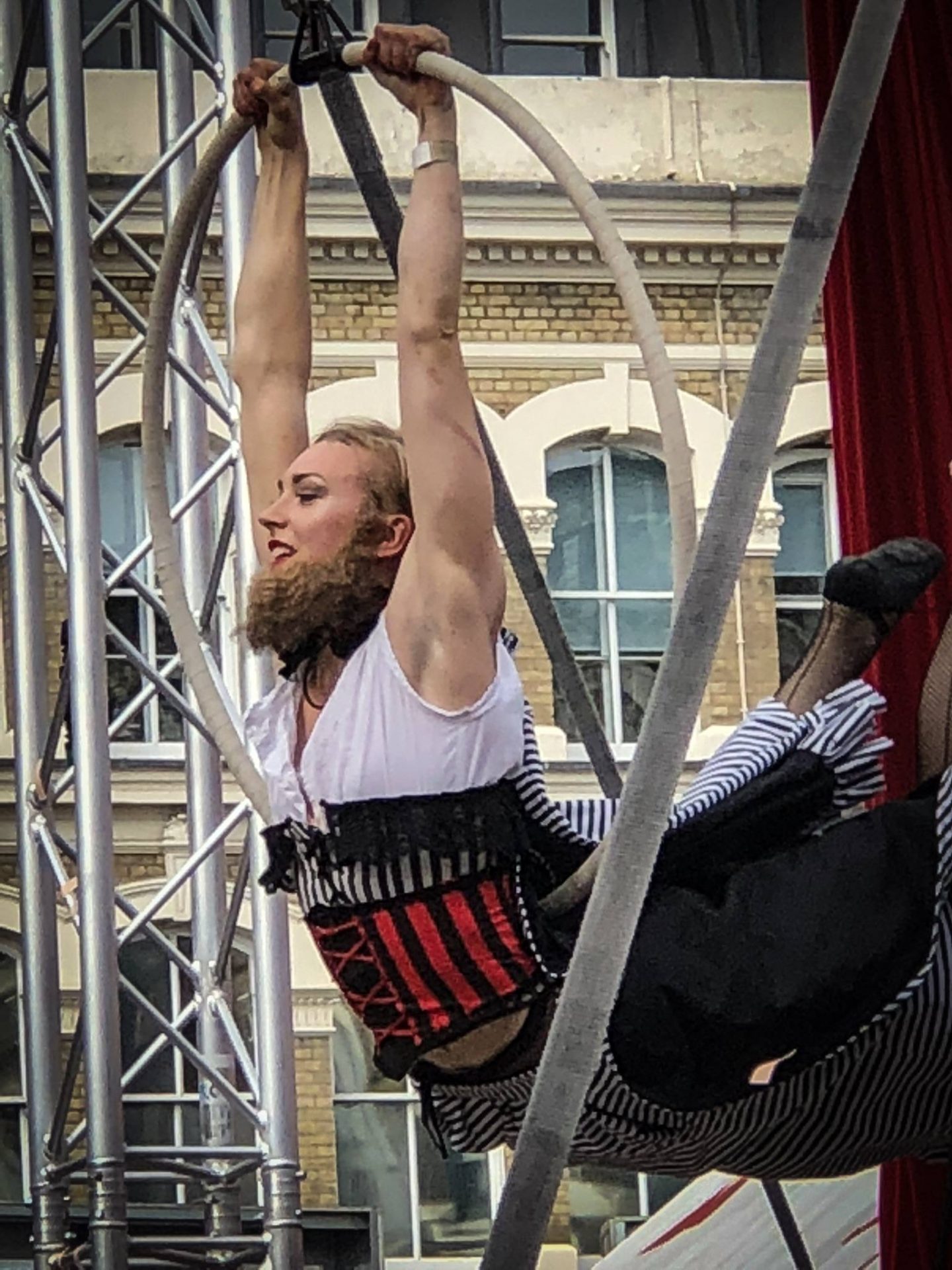 It was then time to take in the oddities that lined the square; we saw a man fit through a tennis racket, women stub out cigarettes on their tongues, a man put a drill up his nose, breaded ladies swinging from hoops and even a man holding his own body weight by the spikes in his shoulder skin. See, I told you, things you can’t un-see!!

We oohed, we ahhed, we hid our eyes, we had a great laugh! 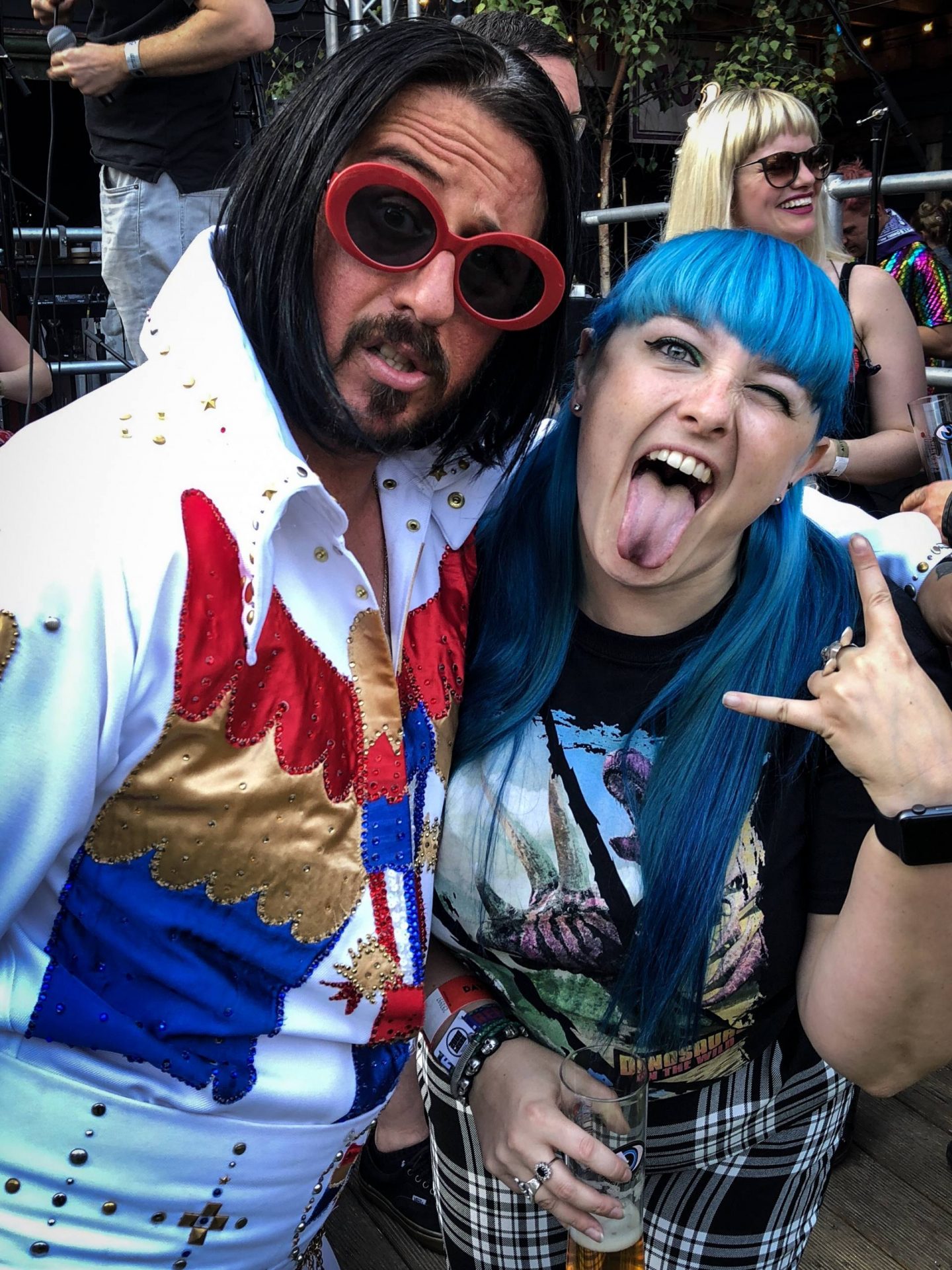 But for us, the highlight of the afternoon was singing our hearts out to Elvis Fronted Nirvana. No, I’ve not gone crazy, this is a legit thing and a bloody awesome legit thing it is. One second we were all arm in arm singing ‘Can’t Help Falling in Love with You’ to second later full on moshing to ‘Smells Like Teen Spirit’. It was like something dreams were made of as we drunk fabulous beer and danced until it was closing time! On our way out we tried our arm at a few of the circus games but we failed to come through with the scores on that! But we laughed a lot none the less!

I seriously can’t wait to have the Lagunitas Beer Circus return next year, to rally a group of mates, to dress up and have another great afternoon as this really was an experience that I’d like to take part in again.

Tickets are a mere £15 that give you entry, a reusable plastic branded cup, a beer cooler and two half pint beer tokens. It’s so worth the money and of course, those profits went to an amazing cause too!