As you may remember I previously received a Donut Bouquet last year, and it went down quite a storm, not only in my office but on my Instagram too! People were totally loving the idea so I’ve brought them back as I thought I’d win over my new office with a fine offering of some mouth watering donuts in quite a novel way! There’s a slight twist this time around though!

The awesome Donut Bouquet I received this time around was the vegan friendly option! 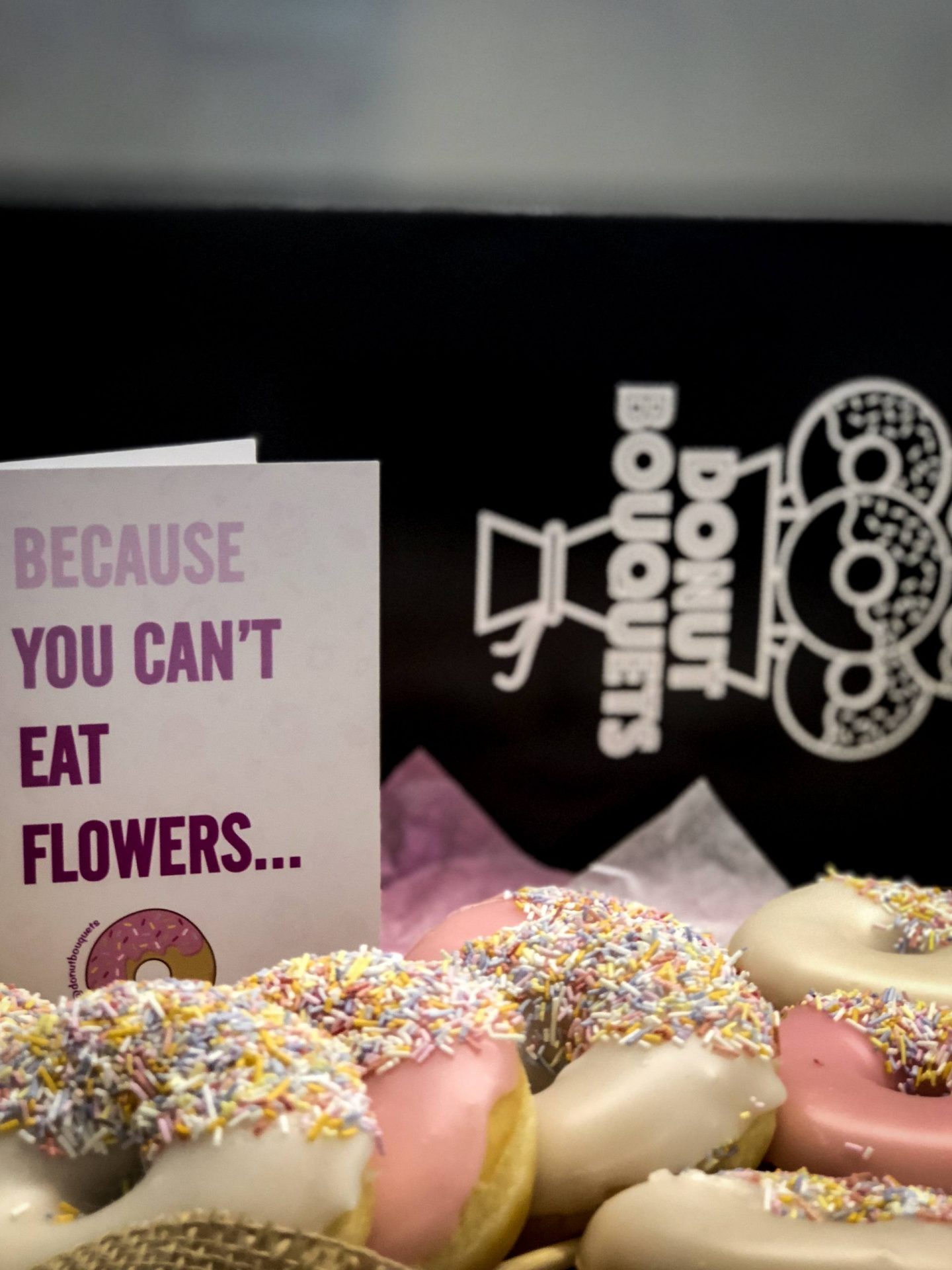 As mentioned in my last post, this quirky delivery was the idea of Londoners Rosh and Peter after deciding that not all people want to receive flowers. They’re available for delivery anywhere in the London area and if you order by 1pm they’ll even send them out next day for you. The doughnuts are freshly made each day and are topped with chocolate, strawberry and vanilla, but skip the chocolate if you’re going vegan. 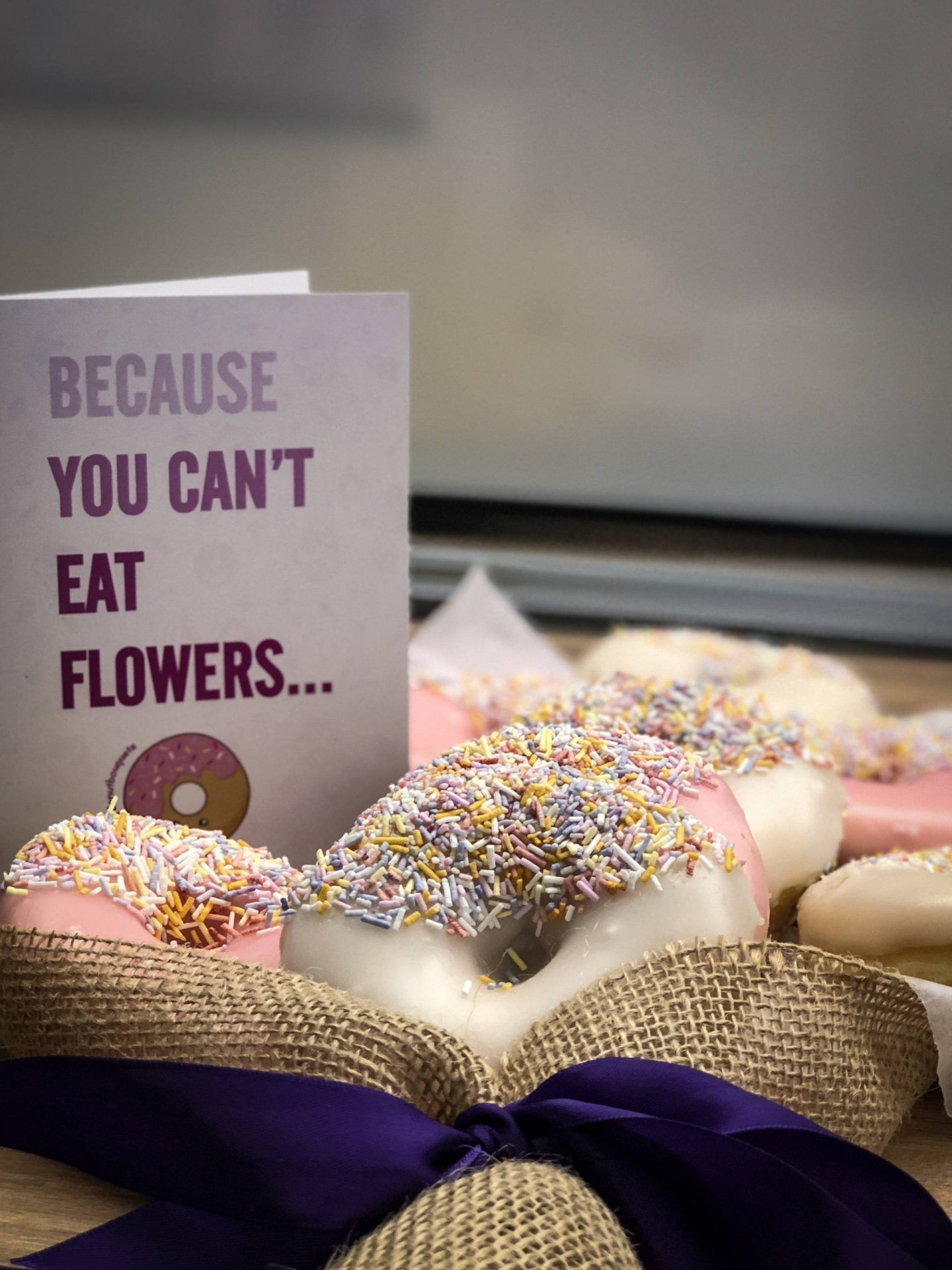 The donuts are so tasty, if I hadn’t of had to share them with my team at work, I could of polished off all 8 in one sitting, but alas I did share and I’ve got a wedding to go to next weekend so it’s probably a good thing that I did!

I did manage to save a few to bring home and they were so well boxed and held into place that they survived 30 minutes of walking and a rush hour train so that’s a plus for me for sure! Mike was dead chuffed I saved him a couple as he’s quite the donut fiend! 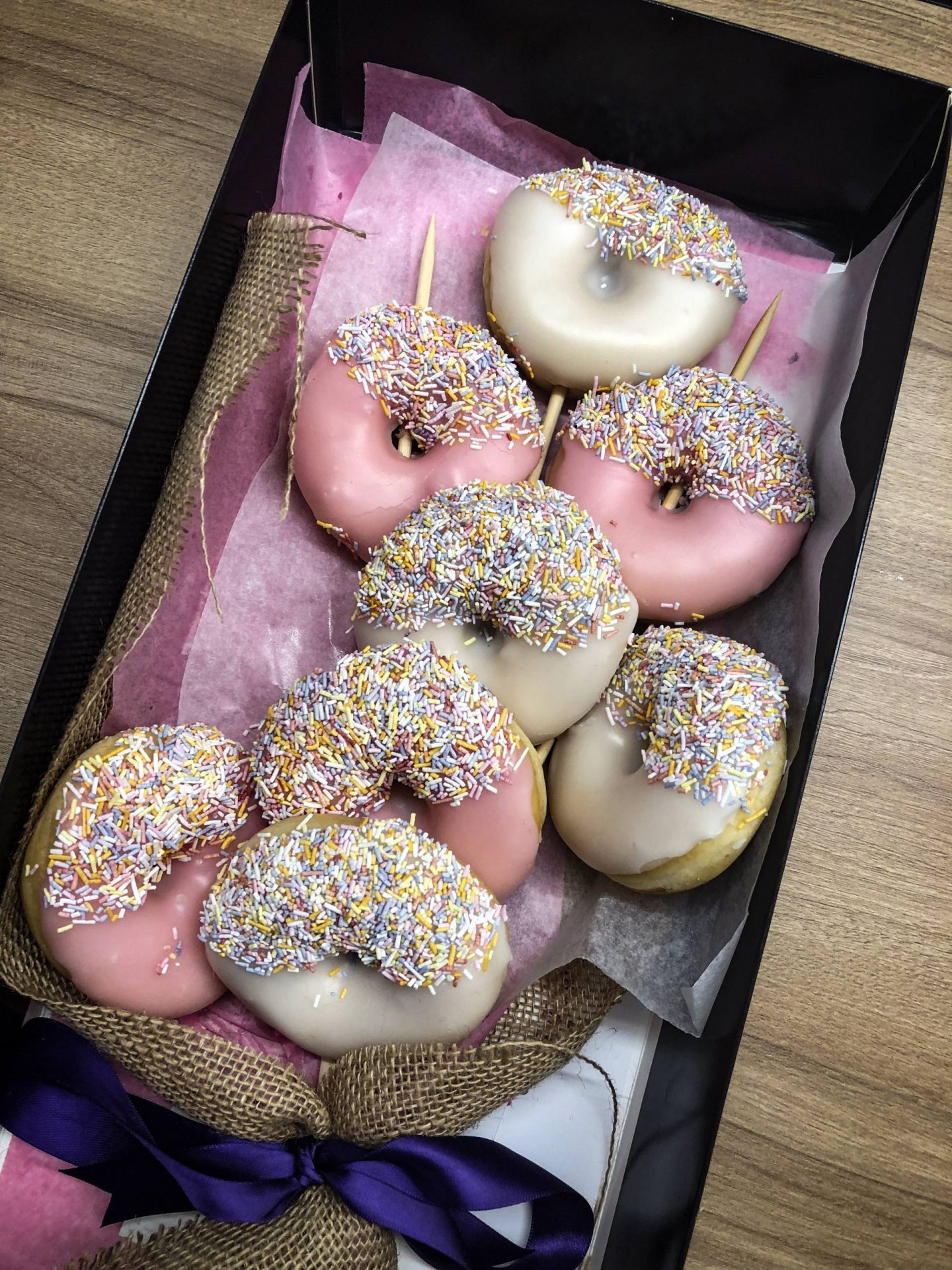 Donut Bouquets have recently stated that after lots more experimentation and getting as much feedback from their customers as they could, they have now launched a variety of Donut Bouquet flavours as well as new Treat Boxes. And when they say new flavours, there’s Nutella involved! There’s also traditional jam and custard donut bouquets available now too.

All of the products begin at £20 and go up to £35 depending on how many donuts you want to order. At first glance I felt that was a little expensive, but it’s pretty much what you’d spend on flowers but you can eat them and that’s surely the way to most people’s hearts right!? You also get a rather humerous donut pun card in with the price where you can have your own messages added for that extra personal touch.

So if you’re looking for something a little different to send to a loved one then this is the sign you’ve been looking for. Especially if that loved one is me, I’m a big Nutella or custard fan… hint hint!

Wünderlusting at The Big Red, London

3 responses to “Vegan Donut Bouquet Deliveries around London are GO! *”