Our trip to Winchester began with a most fabulous walking tour of as much as we could fit in within 90 minutes. We were picked up from our hotel lobby at 11am sharp, and the first thing our wonderful tour guide, Tina, asked was ‘What are you interested in?’ Without even thinking we both said ‘History!’ and I added ‘Food!’ shortly after. And that was that, Tina would tailor our tour around history as it’s something we both love and is one of the biggest reasons for us to travel.

Having stepped out of our hotel, we walked down the side of the stunning Winchester Cathedral learning that it was built over three different time periods; 1100’s, 1200’s and the 1300’s. This is best viewable from this side walkway and we found it so fascinating! But, I won’t talk about the cathedral here, as we had an amazing guided tour solely around the cathedral and that has its own post coming! 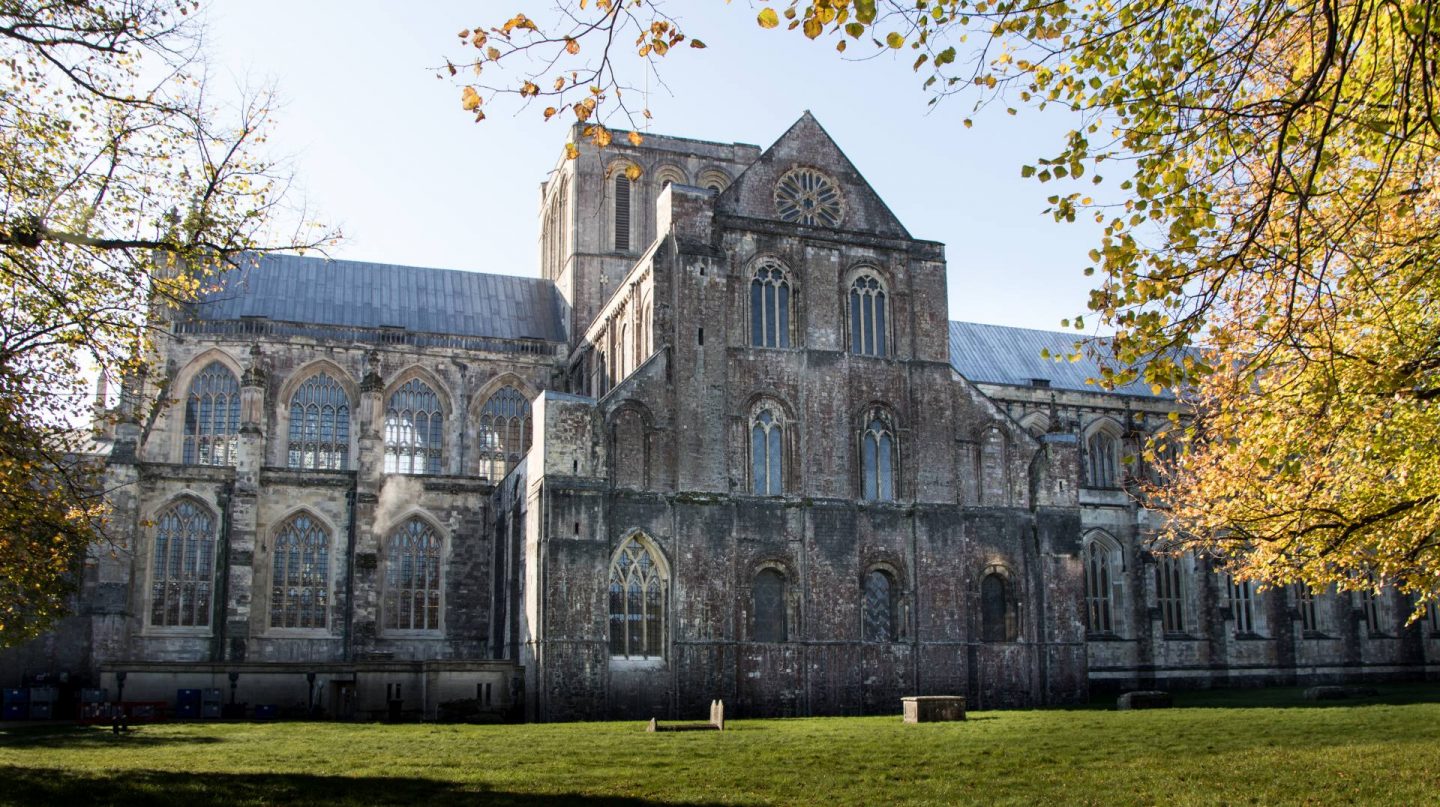 One of the highlights of the tour for me was going to The Great Hall, the home of the very famous Round Table of King Arthur and the Knights of the Round Table fame. Between 1222 and 1235, Henry III, who was born at Winchester Castle that stood next to the Great Hall, added the Great Hall to the building. The Round Table, also known as the Winchester Round Table, bearing the names of various knights of Arthur’s court, was probably created for a Round Table tournament and wasn’t where the Knights of the Round Table discussed the Holy Grail, like I had hoped would be true! The current paintwork was that of Henry VIII’s orders for Holy Roman Emperor Charles V’s 1522 state visit and shows Henry sitting in Arthur’s seat above the Tudor rose. Although the table dates back to around 1250–1280. 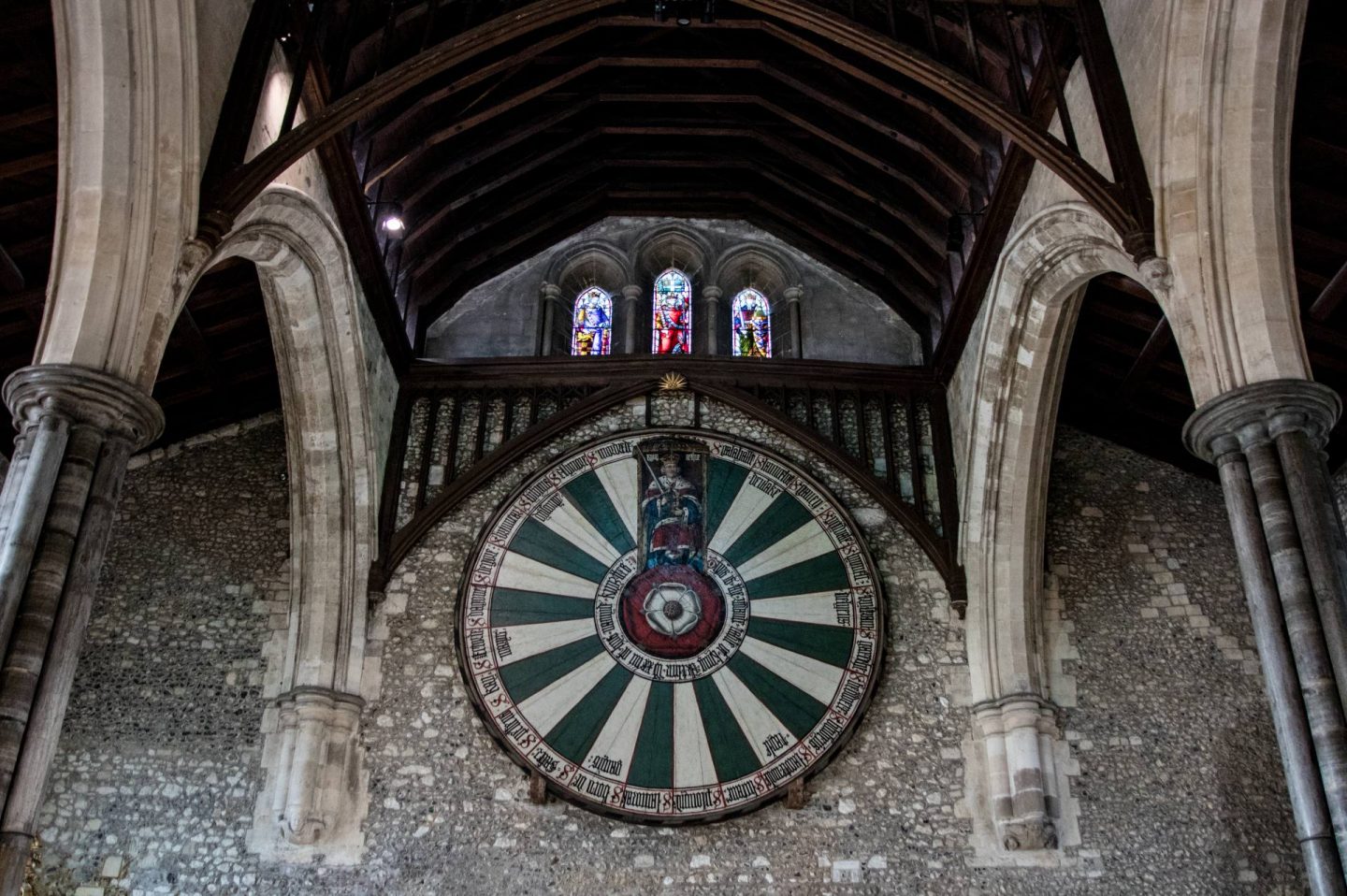 Behind the Great Hall a medieval style garden, called Queen Eleanor’s Garden, was created in 1986. It’s such a cute little garden and a bit of a sun trap too. This stunning archway was, fun fact incoming, was used for the ladies of times gone by to walk under so they didn’t catch a tan! Sounds like my kinda idea! 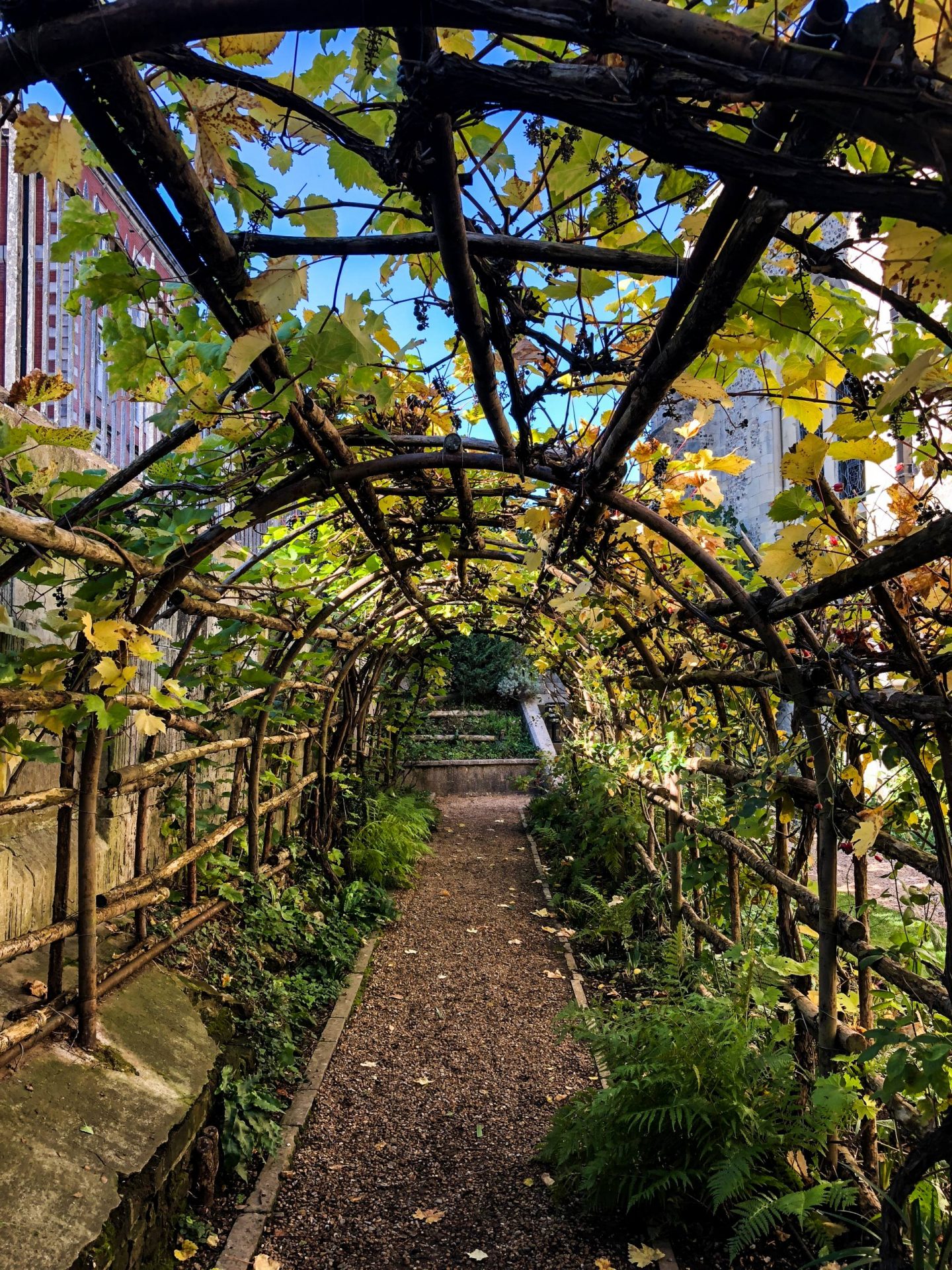 We then headed up the main high street to the Westgate, which is now the Westgate Museum. This stunning Grade II listed building used to be a debtors’ prison for 150 years and you can see the walls covered in prisoners’ graffiti! There’s also plenty of dressing up available for kids, and the best bit of all was the roof terrace where you can see right the way down into town. Something else I  really loved about the Westgate was the extreme differences of how it looks either side; when approaching from outside of town it looks mean, with weaponry holes and is very secure, but when you approach from inside the town, it’s rather welcoming with a lovely window! 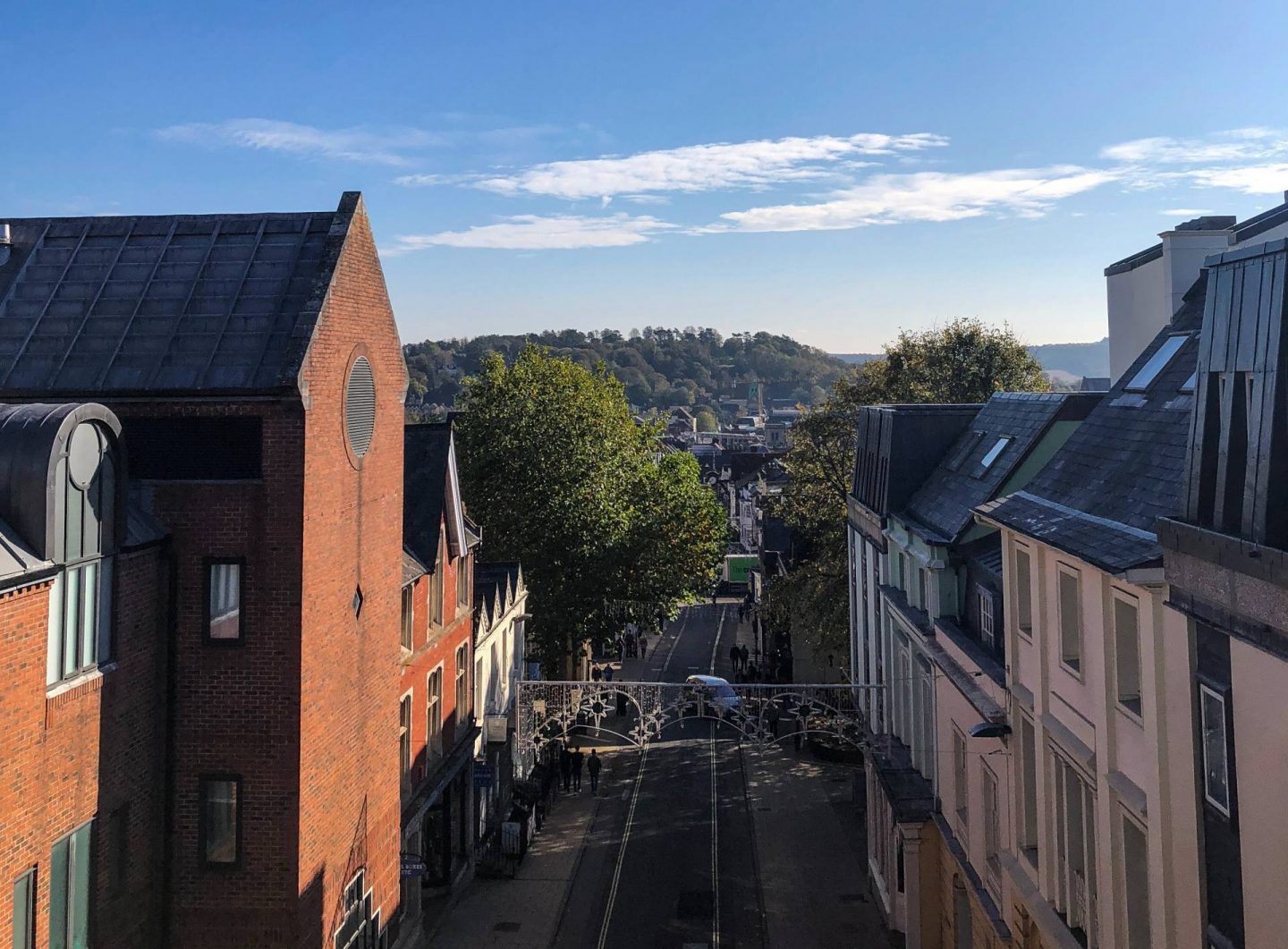 One of our lasts stops was this stunning courtyard that is part of Winchester’s Military Quarter and Museums. There are a whopping six museums in this area that are the HorsePower, the Regimental Museum of The King’s Royal Hussars, The Royal Hampshire Regiment Museum, The Royal Green Jackets Museum, The Rifles Museum, The Gurkha Museum and The Guardroom Museum, the Museum of the Adjutant-General’s Corps. We didn’t get to visit any of these as we were on a time limit so they are firmly added to the top of my list for our next trip to Winchester as we do love military history. 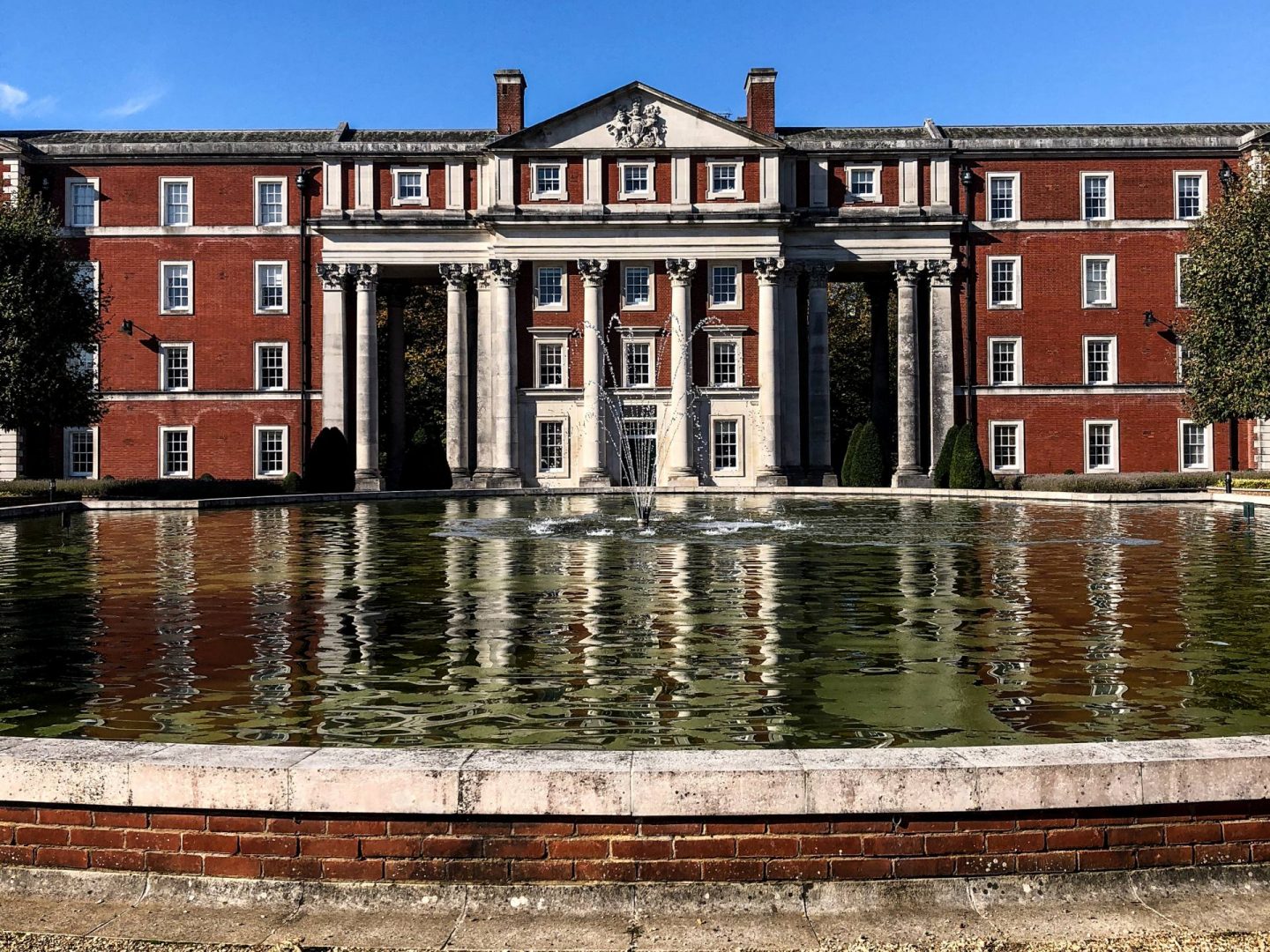 Our tour ended with a walk back to the Cathedral as that’s where our next tour was happening.

I can’t put into words how much we learnt over the space of an hour and a half! Tina was the most amazing guide as she was filled to the brim with knowledge. She knew the answer to every question we had, no matter how daft they were. I’d highly recommend a walking tour like this so you can learn just how much amazing history there is in Winchester.

Our tour was kindly organised on behalf of Visit Winchester.

The Best Things to do as a…

Spending A Night at The Crown Hotel,…

5 Things You Have to Do When…

Share:
PREVIOUS POST
"A Guide to Taking Care of Antique Treen"
NEXT POST
"How to Make the Most of your Spare Time in a Big City! *"
0 comments so far.