Spending a Night at Hoar Cross Hall Hotel and Spa

At the start of December, I spent a lovely twenty-four hours at Hoar Cross Hall with my main chick, Hayley. After having a few days living out of a bag and staying at three different friends houses all over England, it was dead nice to take some time out to chill and recharge.

The hotel itself is a Grade II listed stately home that has paired period style with modern luxury and attentive service to give the perfect destination for us to wind down and feel super spoilt! The building was completed in 1871 and has 48 chimneys!  One thing that blew me away was the grand entrance hall and the stunning oak-panelled Long Gallery, which spans more than 100 feet in length. It’s also set in 50 acres of quintessential English countryside, including the formal gardens, plenty of woodland, parkland, six lakes and the Italian Water Garden which, if we had had more time, I’d of loved to have explored but we were short on time due to me having trained booked to get back home to London before rush hour without thinking! 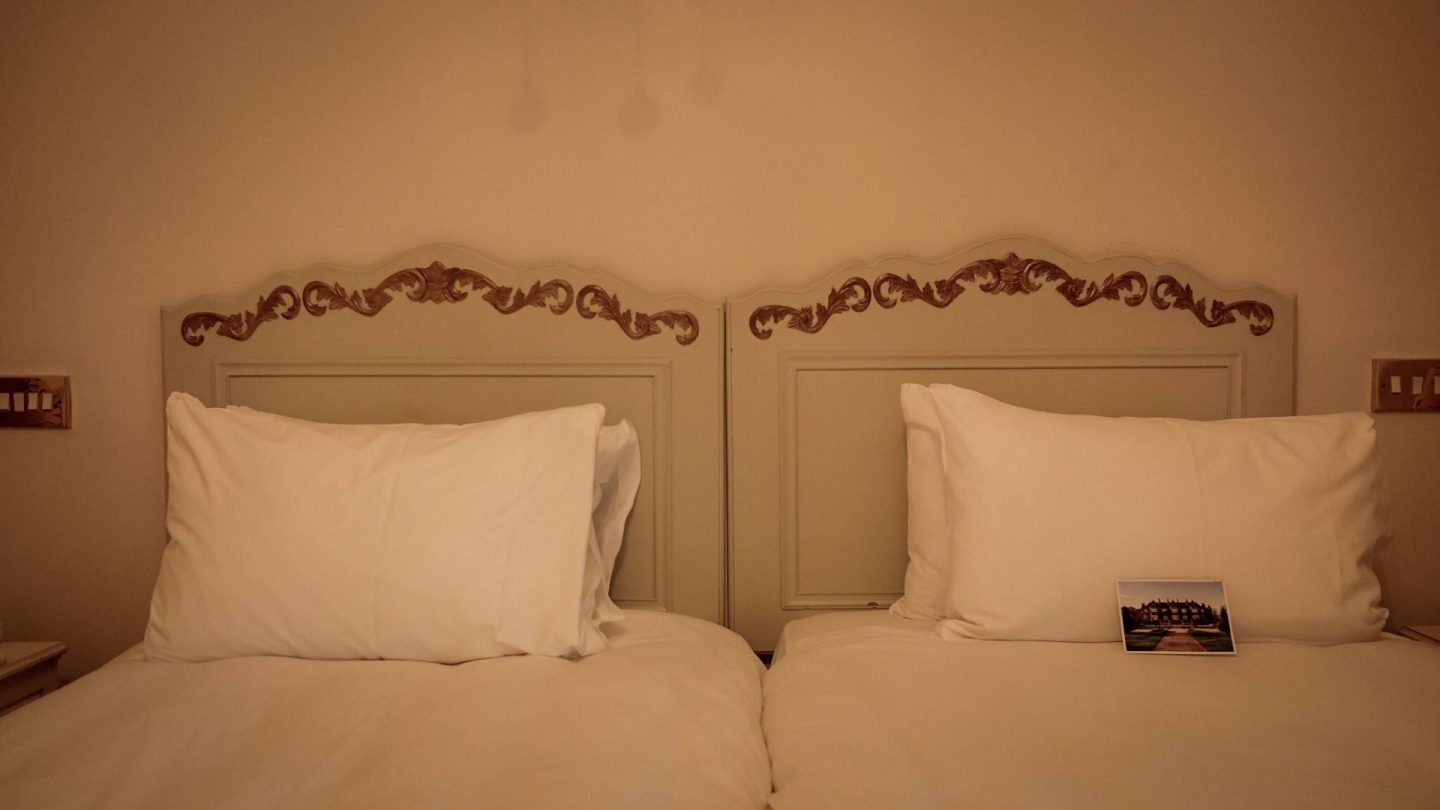 Our room was a suite, which was quite the surprise when we opened the door, consisted of a separate lounge, a large sleeping area for two with rather large twin beds and a whirlpool bath in a spacious bathroom. We did also have two TVs that we didn’t get time to watch and a really lush hot drink selection that we certainly took advantage of! 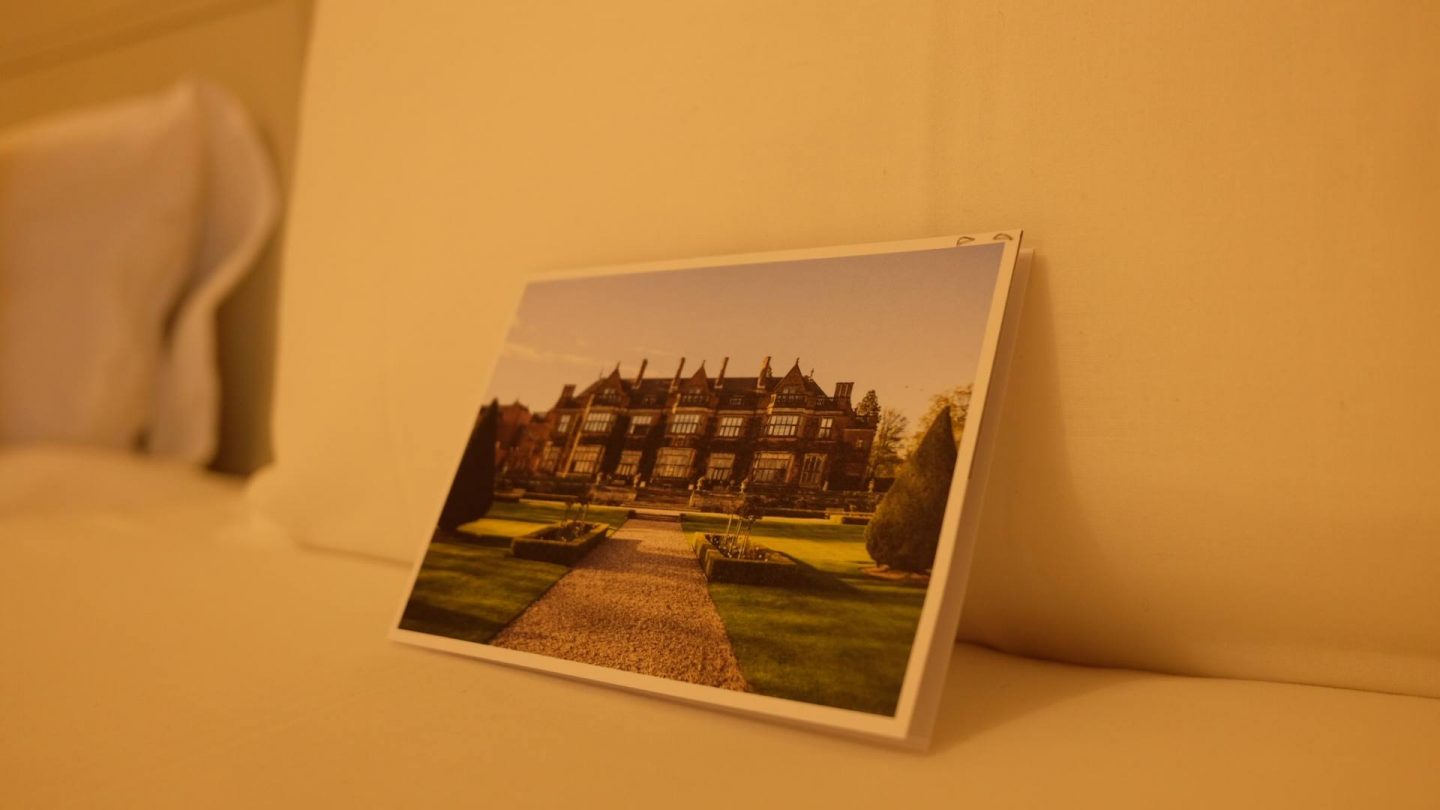 We both slept really well in the huge beds with full tummies after a great dinner (more on that in the next post) and I really didn’t want to get out of bed in the morning but we did want to make the most of having breakfast before the journey home. 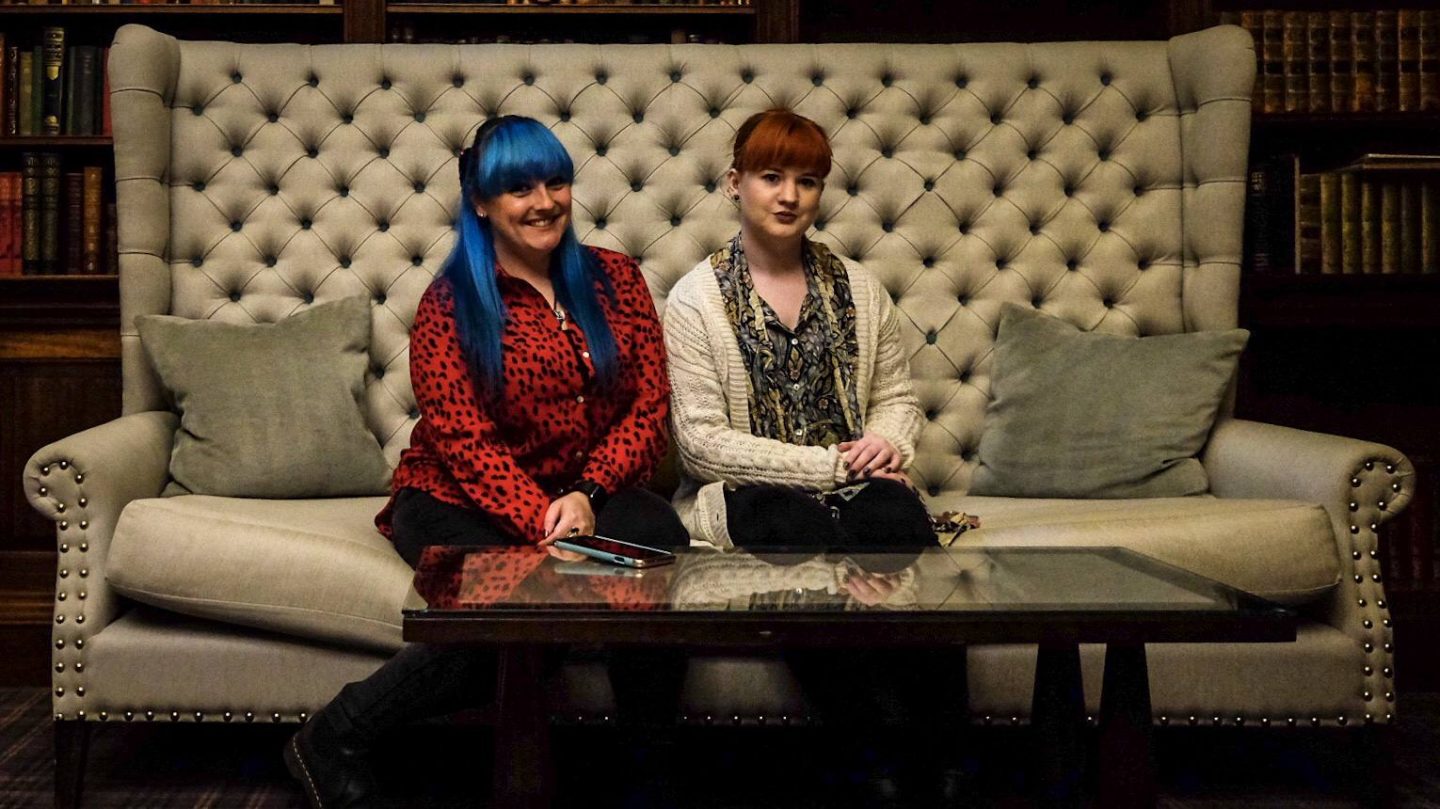 We did make sure we had plenty of time to explore the hotel before we had our dinner as we were quite taken back when we first arrived by the splendour we were greeted with. It’s literally a photographers and bloggers dream as there were so many stunning rooms to be taken advantage of! 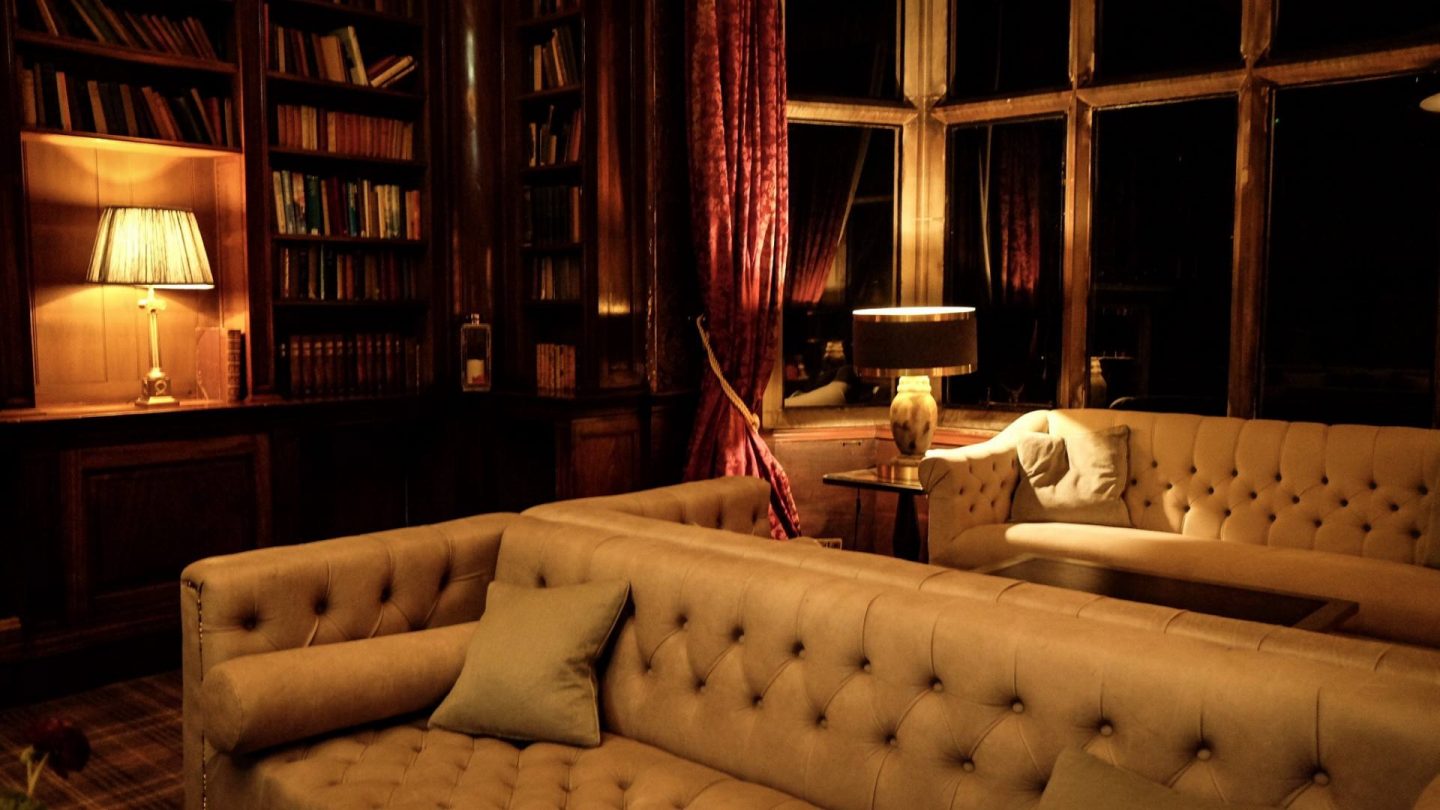 The library was my favourite room that we came across as it was literally my dream room. When I’ve won the lottery I’d have a room just like this one filled with huge sofas, more books than you could ever read in your life and vast windows that overlook the well-groomed gardens. It really was the perfect place to snap away and chill out before filling ourselves to the brim with dinner.

We did also spend a good few hours in the hotel’s vast spa, but there’s another post coming on that later this week!

Our stay was exactly what we needed; the staff were all so polite and attentive from the minute we walked in the front door, the room certainly exceeded all expectations and we left feeling relaxed and recharged which was exactly what we were hoping for. I’d highly recommend a night or two at Hoar Cross Hall for the perfect chill out time!

Golfing With a View

Share:
PREVIOUS POST
"Why you should have Boho Travels on your Radar *"
NEXT POST
"Relaxing to the Max at Hoar Cross Hall Hotel and Spa"
0 comments so far.