Wining and Dining at Hoar Cross Hall Hotel and Spa

My last two posts have been about the fantastic Hoar Cross Hall Hotel and Spa, so this final post brings that little series to an end, so of course, I’m going to finish up on the food!

When we arrived we were notified that we had lunch in with our package which was a lovely surprise so we headed on down to Henry’s situated within the spa area. As we were seated we were told it was a three-course lunch meal and to head over to the starter buffet when we were ready.

The starter buffet was filled to the brim with tasty delights but I didn’t want to pile my plate too high as we had two more courses to go and dinner booked in for 7pm too! I could have happily had a full meal from the buffet, that’s how good it was! 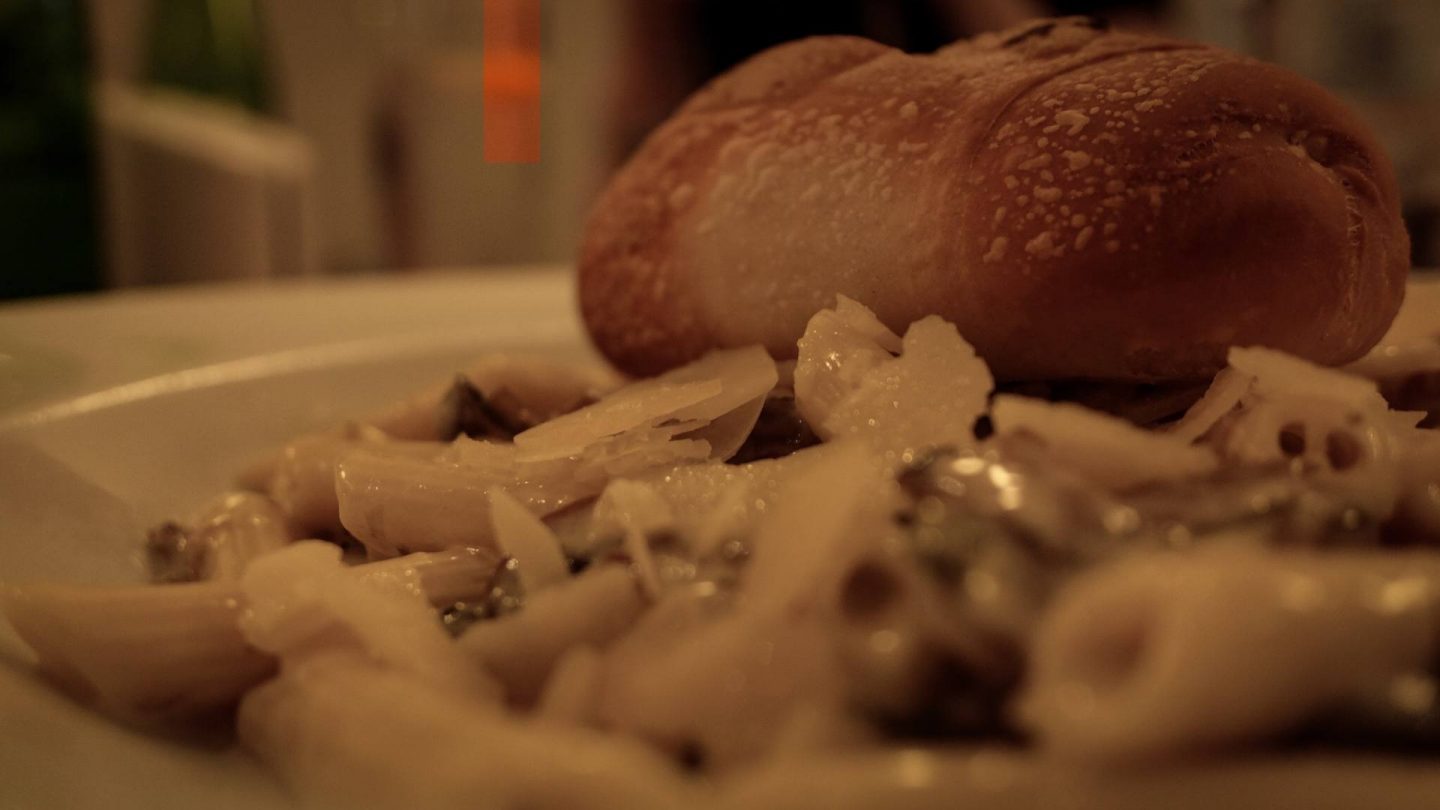 For mains, I thought I’d try and keep it light with the veggie option of Sauteed Mushroom Penne Pasta that was cooked with fresh mushrooms with truffle oil and spinach in a creamy sauce sided with a crusty roll. This tasted so good, I could easily of had a second! 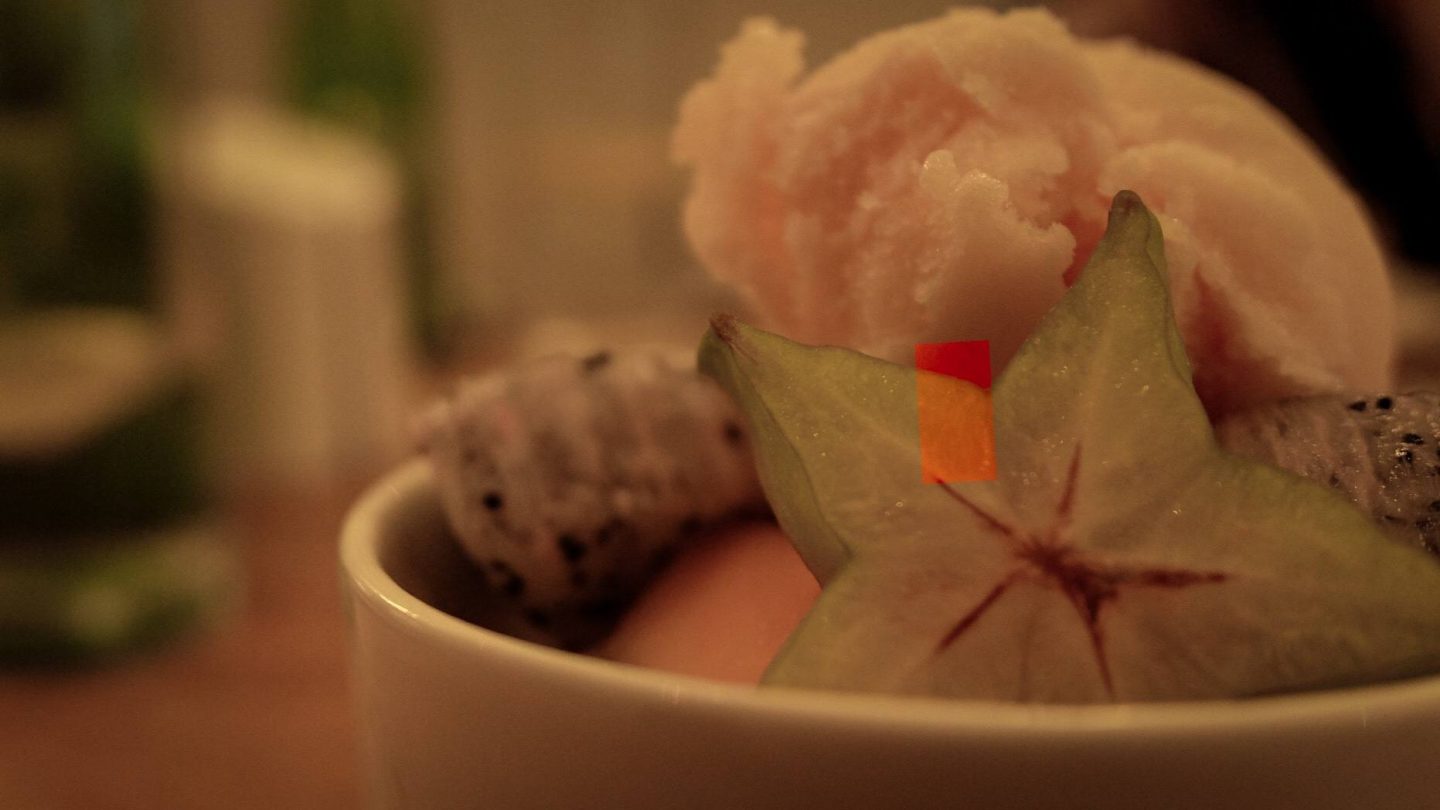 I also when light for dessert as we did plan on going swimming shortly after and picked the fruit salad. We had had a heavy few days eating out so it was nice to get some fruit in me! This was a rather exotic mix of fruits which was lush to try things I had never had before in small slices!

After our spa session, we got ready for dinner and I was so looking forward to this after tasting how good the lunch menu was.

Dinner is served in the most stunning of rooms known as The Ballroom, which during the day overlooks the Four Season Gardens. 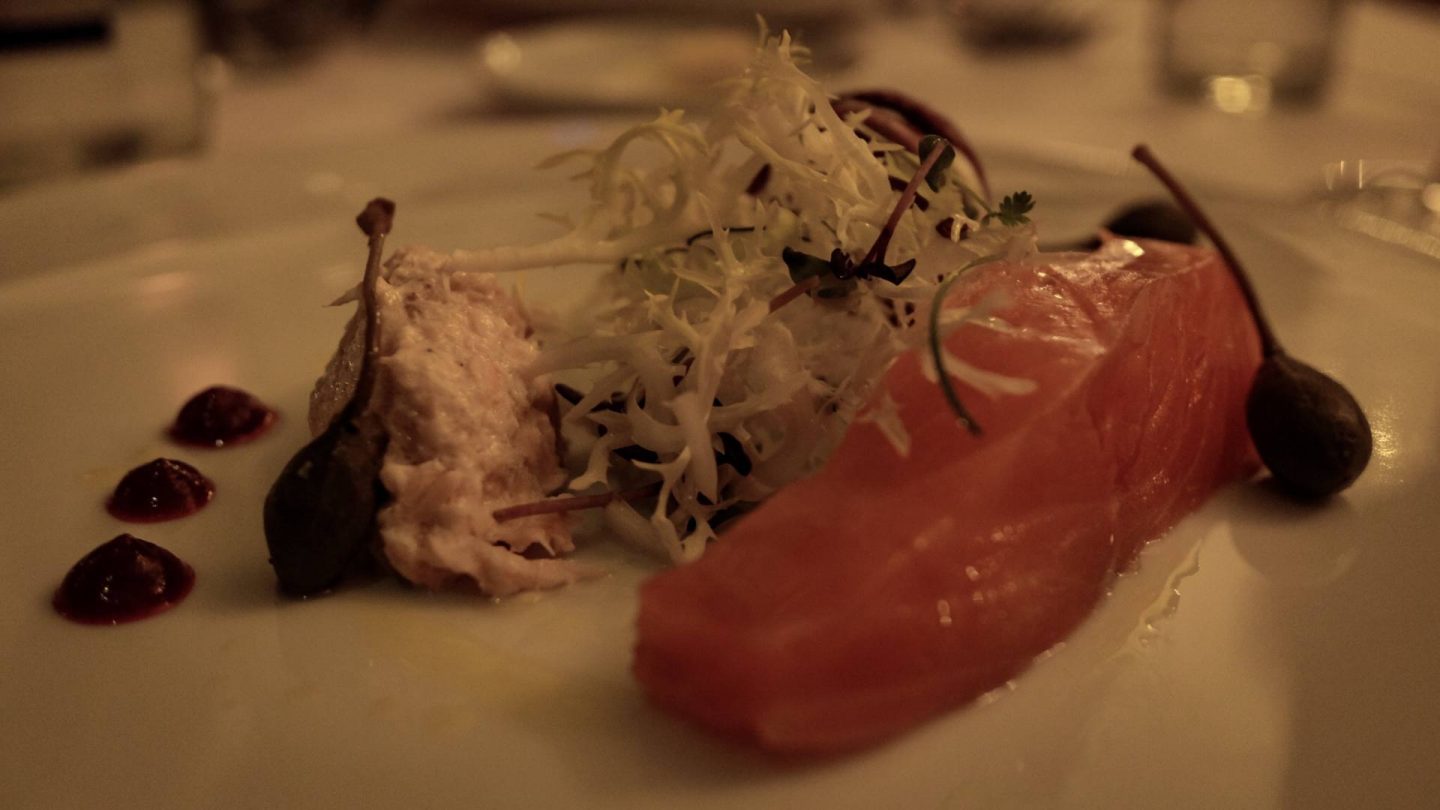 To start, I went for the Duo of Salmon which consisted of house-cured and smoked salmon with caperberries and a cream cheese and herb macaron. There were so many complimentary flavours that I really enjoyed. 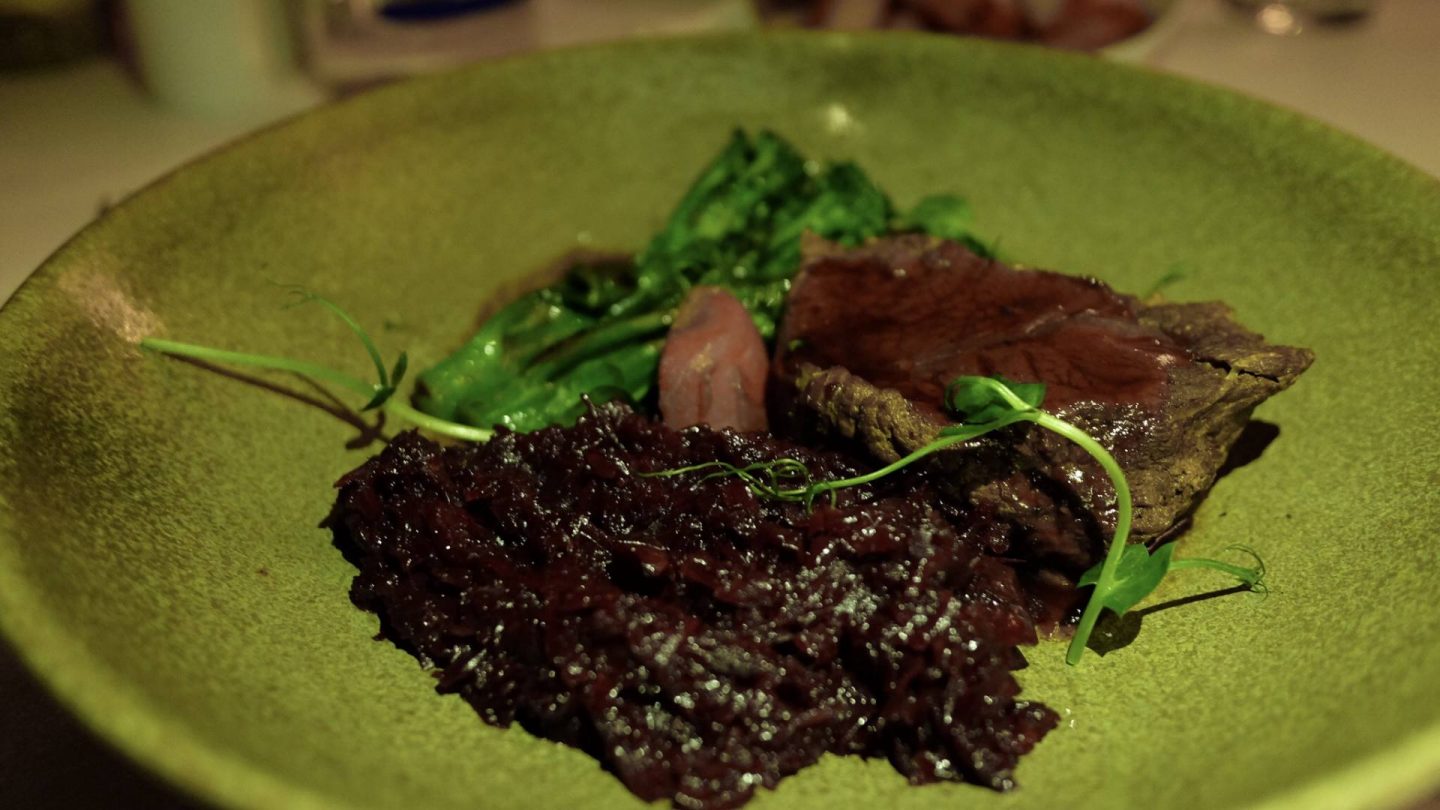 For mains, I tried the Special of the Day Blade of Beef, sticky spiced cabbage and tenderstem broccoli. The beef didn’t even need a knife as is was so tender and the spicy cabbage was unreal. I’m quite a red cabbage fan as it is so I love trying it in new ways!

I swapped the horseradish mash for triple cooked chips as I’m not big into mash, but the chips were crisy on the outside and fluffy on the inside; as they should be!

For dessert, I had the Hot Chocolate Pudding that’s one of my favourite desserts! This one was perfectly oozy and wasn’t too rich like some can be!

Breakfast was also served in The Ballroom but was in buffet style which is my favourite way to have breakfast! There were stations for cereal with milk, plenty of pastries but I always go for the hot foods as it’s rare I have a hot breakfast. 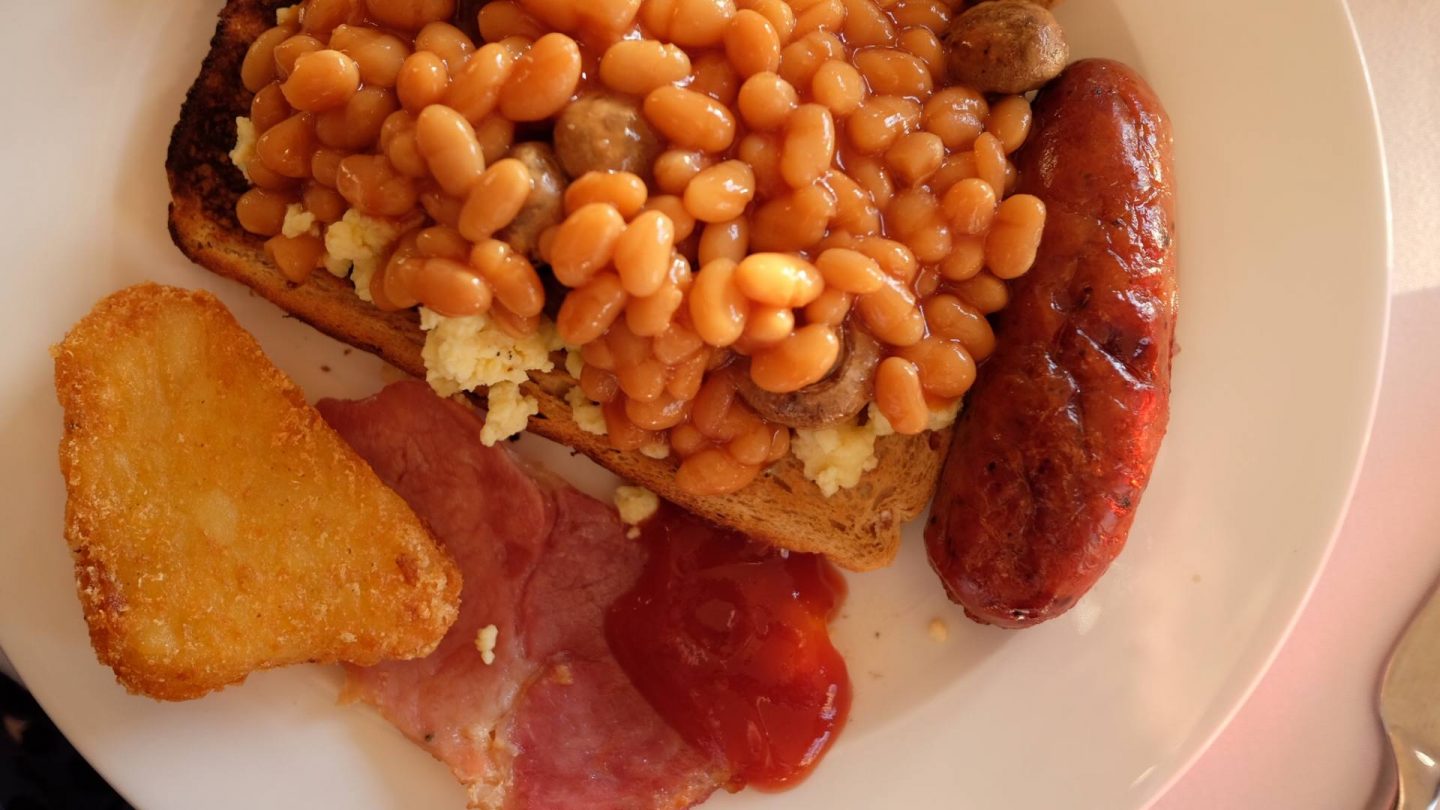 I went with my usual choice of toast topped with scrambled eggs, mushrooms and beans with a side of bacon and sausage. I also felt a little crazy that morning as I had a hash brown too!

The quality of the food was proper top notch as I had expected at such a grand establishment! The service was also second to none too, also as expected! If I lived closer I’d certainly head over to Hoar Cross Hall for dinner!

Share:
PREVIOUS POST
"Relaxing to the Max at Hoar Cross Hall Hotel and Spa"
NEXT POST
"Where to Eat, Drink and Visit when in Prague"
0 comments so far.