Like every other person on the planet, I’ve vowed to take better care of myself this year. This doesn’t mean I’m gonna start hammering through diets or getting myself into a headspace where I’m ashamed of the way I look. Nope, I’m just going to be taking more time out to focus on what my body really wants, what my mental health needs and what makes me feel great.

With that being said, I’m making a conscious effort to continue to reduce my meat intake. I’m not committing to being a full vegetarian, but I am going to be a flexitarian. If I fancy a steak or burger, then I’m going to eat it but at home, I’m cooking purely veggie and that’s a big enough change for me. Don’t @ me! 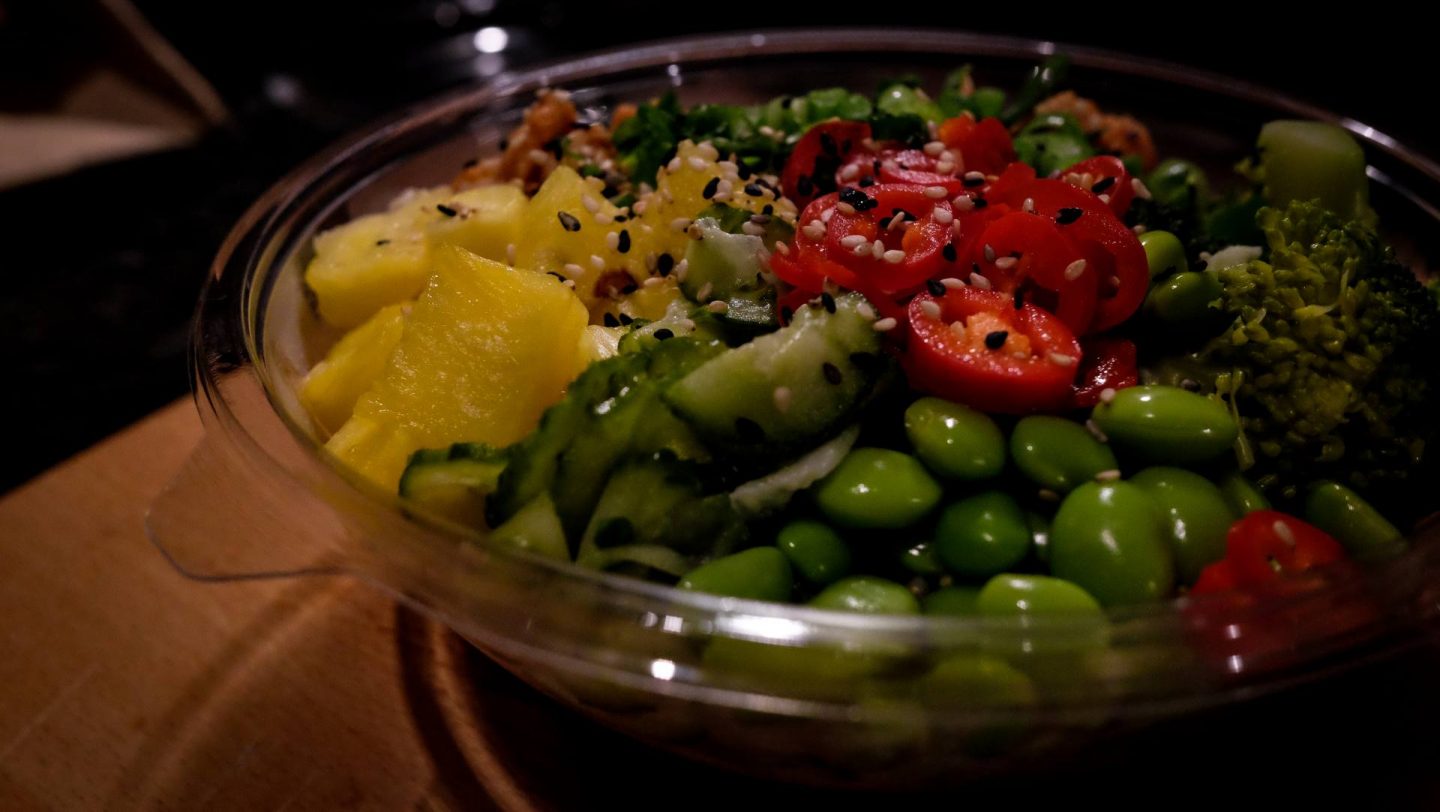 I’ve also made the decision to try as many new healthier food options that I can, and if they’re vegan or veggie then even better. I’ve learnt that protein can come from a large variety of sources, not just meat and I’m slowly, but surely educating myself more and more on this. So trying Honi Poki, just a stone’s throw from Fenchurch Street, which offer an array of Poké and many of them being filled with protein and vegan, seemed a great place to start!

Hoi Poké are riding the wave of the Hawaiian poké phenomenon which has swept its way through New York and LA before landing on our very own shores. Poké is traditionally diced raw fish served either as a starter or as a main course and is one of the main dishes of Native Hawaiian cuisine. The bowls are filled with rice, vegetables and there are now variations where you don’t have to raw fish!

Honi Poké are dead passionate about using the best quality and sustainable ingredients which really appeals to me when trying to make better choices for my body. If you’re going for the raw fish options, they use sashimi grade raw fish and premium Japanese rice. It’s also been claimed that only at Honi Poké will you find their servers flame-torching octopus made-to-order! 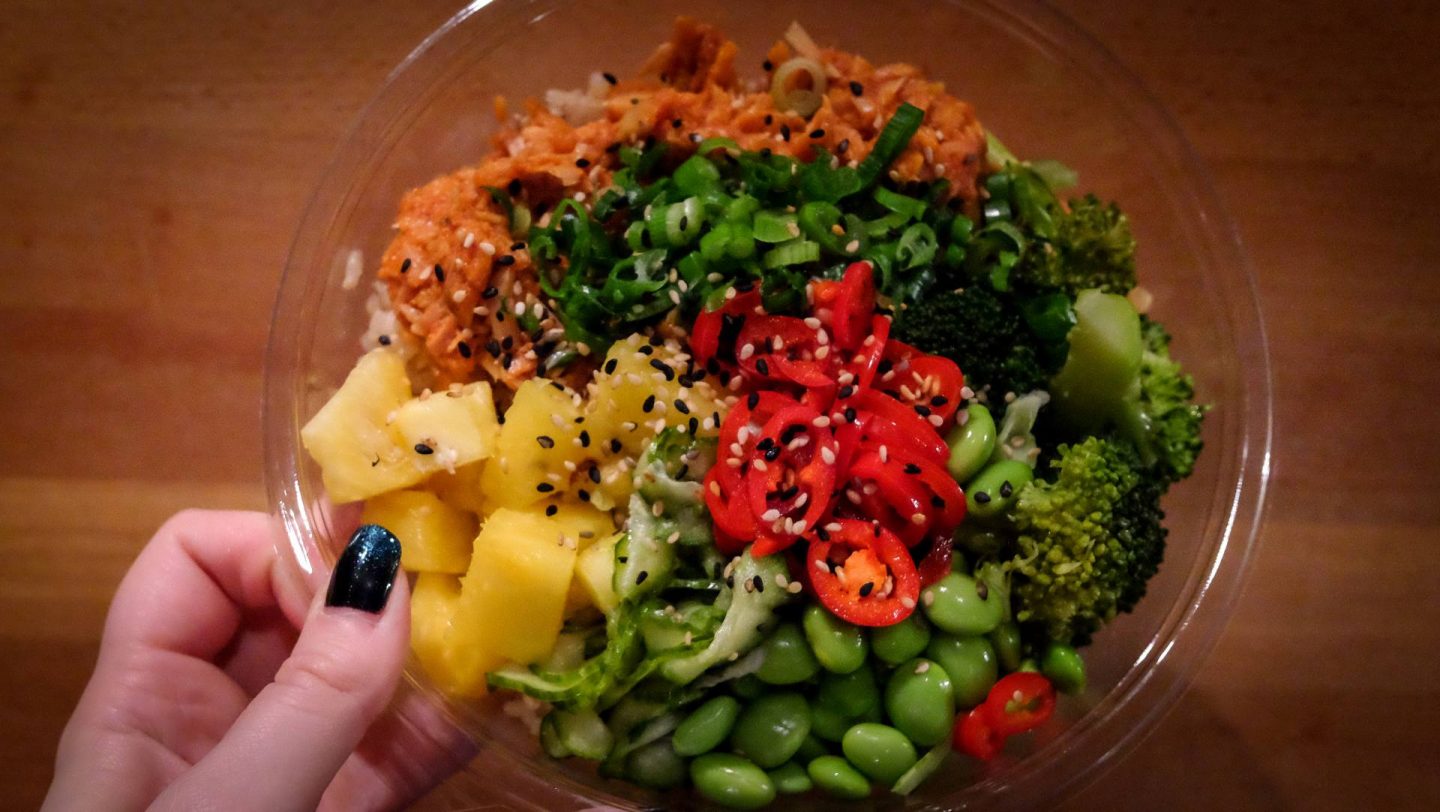 With there being a full vegan menu I went for the Korean BBQ Pulled ‘Pork’ Bowl made with Jackfruit, pineapple, spring onions, steamed broccoli, sesame seeds, a handful of red chili, edamame, and home-pickled cucumber all topped with bbq sauce.

As this was for dinner, I opted for the larger bowls and they were so well filled, I actually used what was left as a basis for my lunch the next day! The flavours were amazing, the food was all so fresh and I really didn’t miss out having the traditional raw fish as the jackfruit was so good! 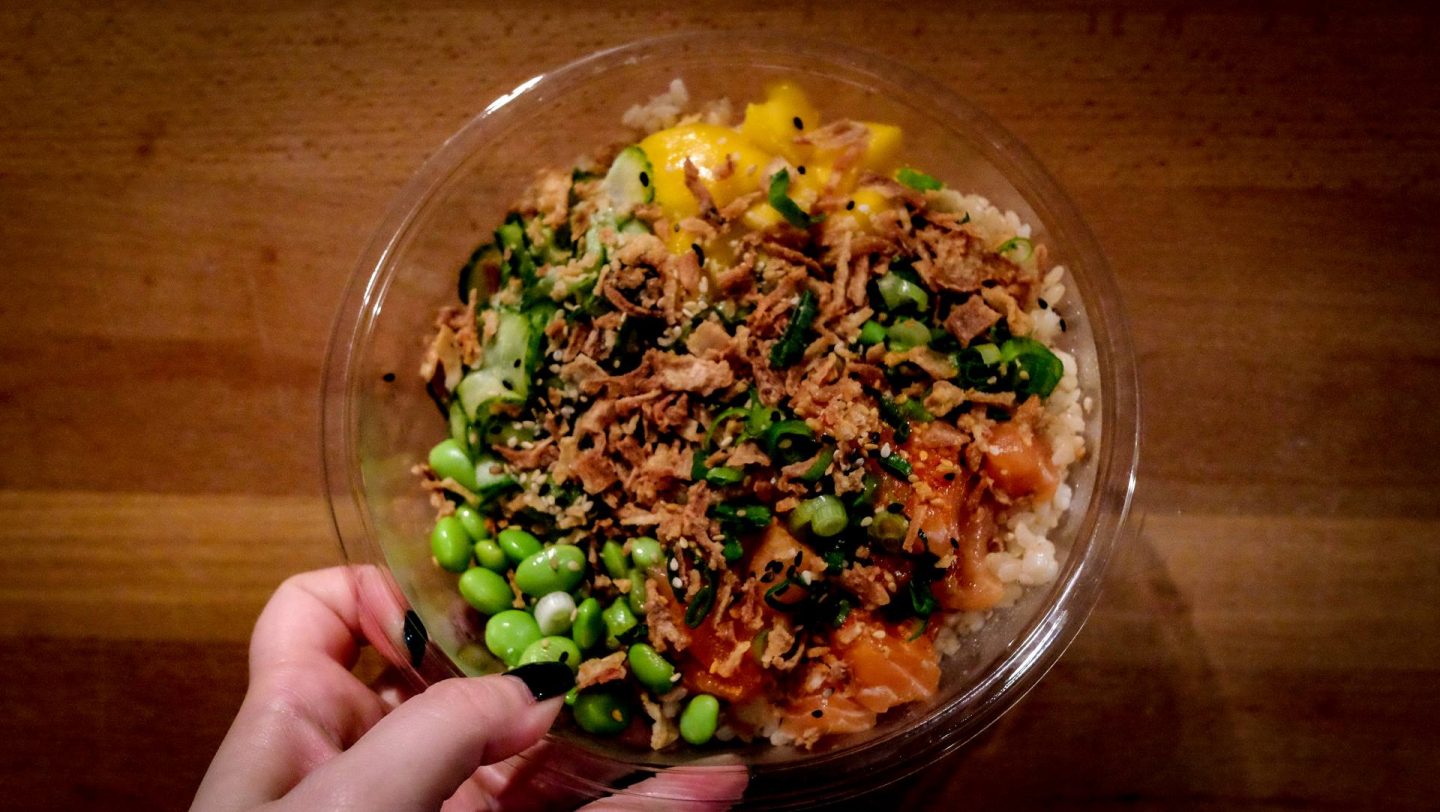 As I had to pick a bowl for Mike to have as I wasn’t with him, I thought I’d go a little more traditional with the Honi Poki Scottish Salmon House Bowl consisting of Scottish Salmon, mango, home pickled cucumber, spring onions, edamame, crispy onions and sesame seeds drizzled with a chilly garlic sauce. 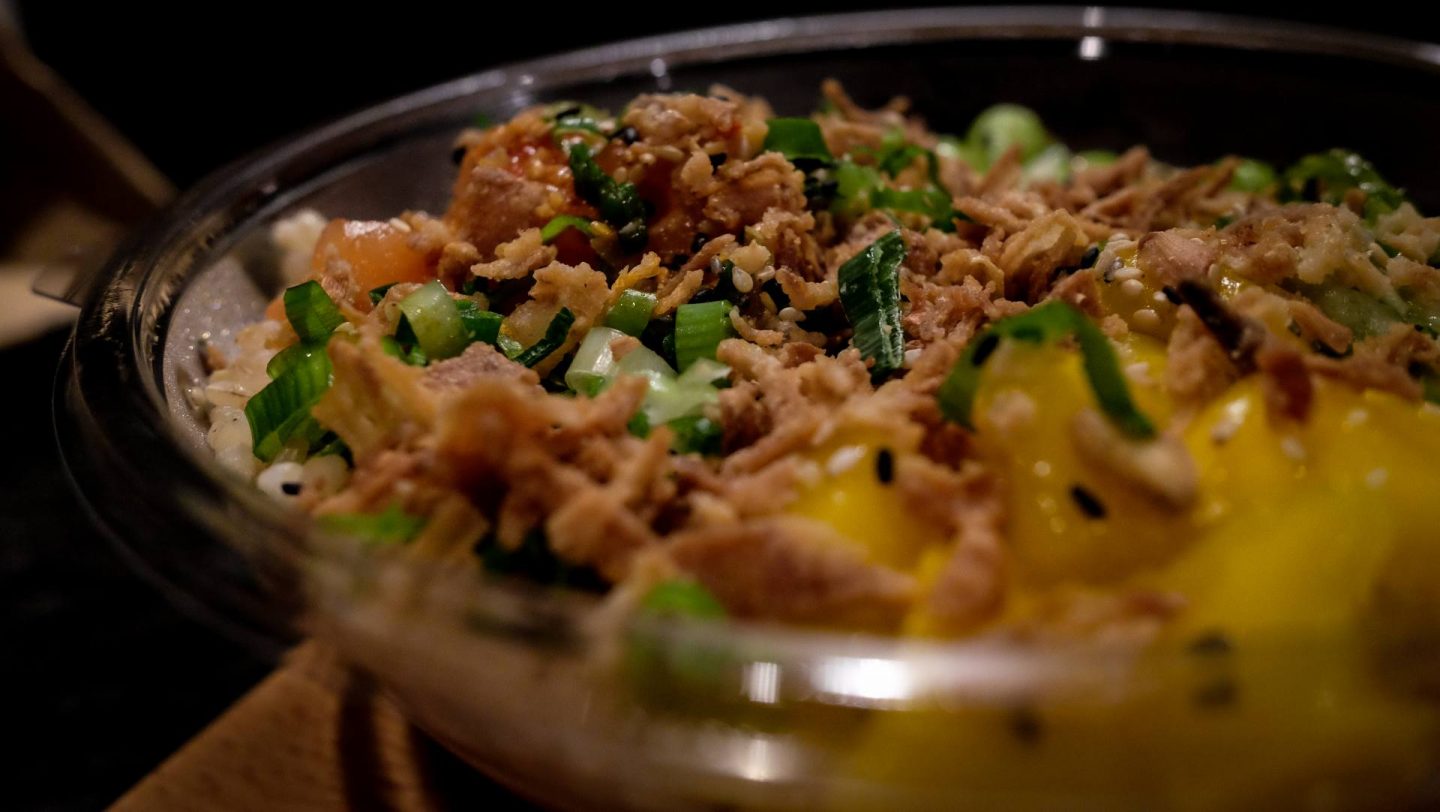 He was really impressed with his first try of poké as it wouldn’t have been something he would have gotten for himself but this changed his mind! He loved all the flavours, the quality of the salmon used and how filling the bowl was.

The service in store was really friendly and I love how they’re open until 9pm when a lot of places like this close up after lunch! I’m kinda gutted that I didn’t find here sooner as I’d have been there a few times a week had I still been working around the corner!

How to Put on the Perfect Afternoon…