I was very kindly invited to stay at Peterstone Court free of charge in order to provide a review.  However, as always, all opinions are entirely my own.

I just love a staycation, you’ve probably guessed from all of the UK based trips we have already been on this year! So you won’t be surprised that I didn’t decline a trip to stay in the building that had been rumoured that Charles I once visited the original site at Peterstone Court, and it had also been associated with the companions of William The Conqueror. I love a historic building! 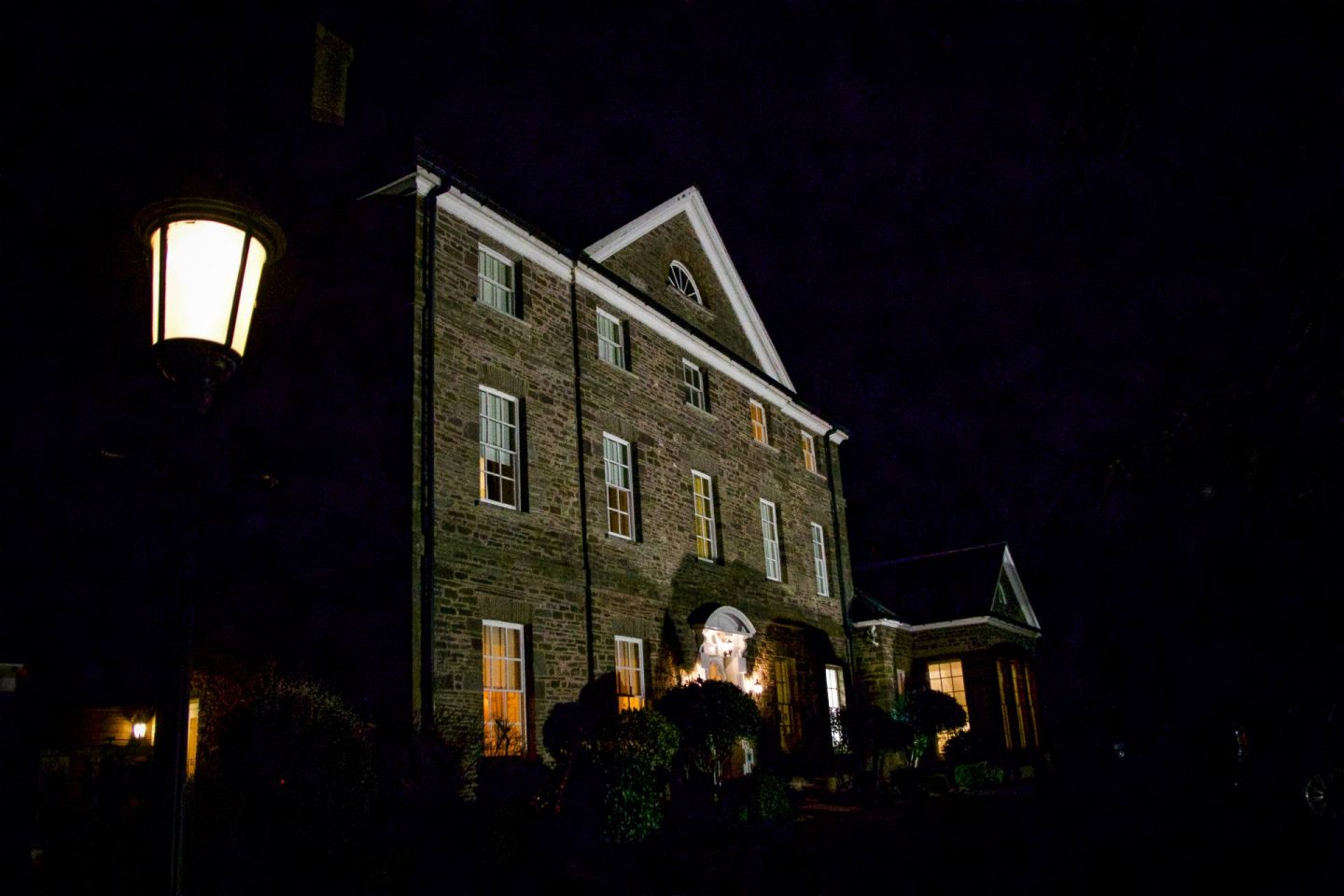 Peterstone Court is a very striking piece of Georgian architecture, oozing with history that could quite possibly be in the best location within the Brecon Beacons. Our drive down from Shropshire was simply stunning at every turn and constantly took our breath away. Upon arrival, Peterstone Court exceeded our expectations with just how regal it looked against the mountainous backdrop that surrounded from all angles.

Beyond the huge red front door, which is total door goals, Peterstone Court has very much kept the regal feeling going; the large staircase in front of you, the antique vase by the door and the use of plenty of dark woods. 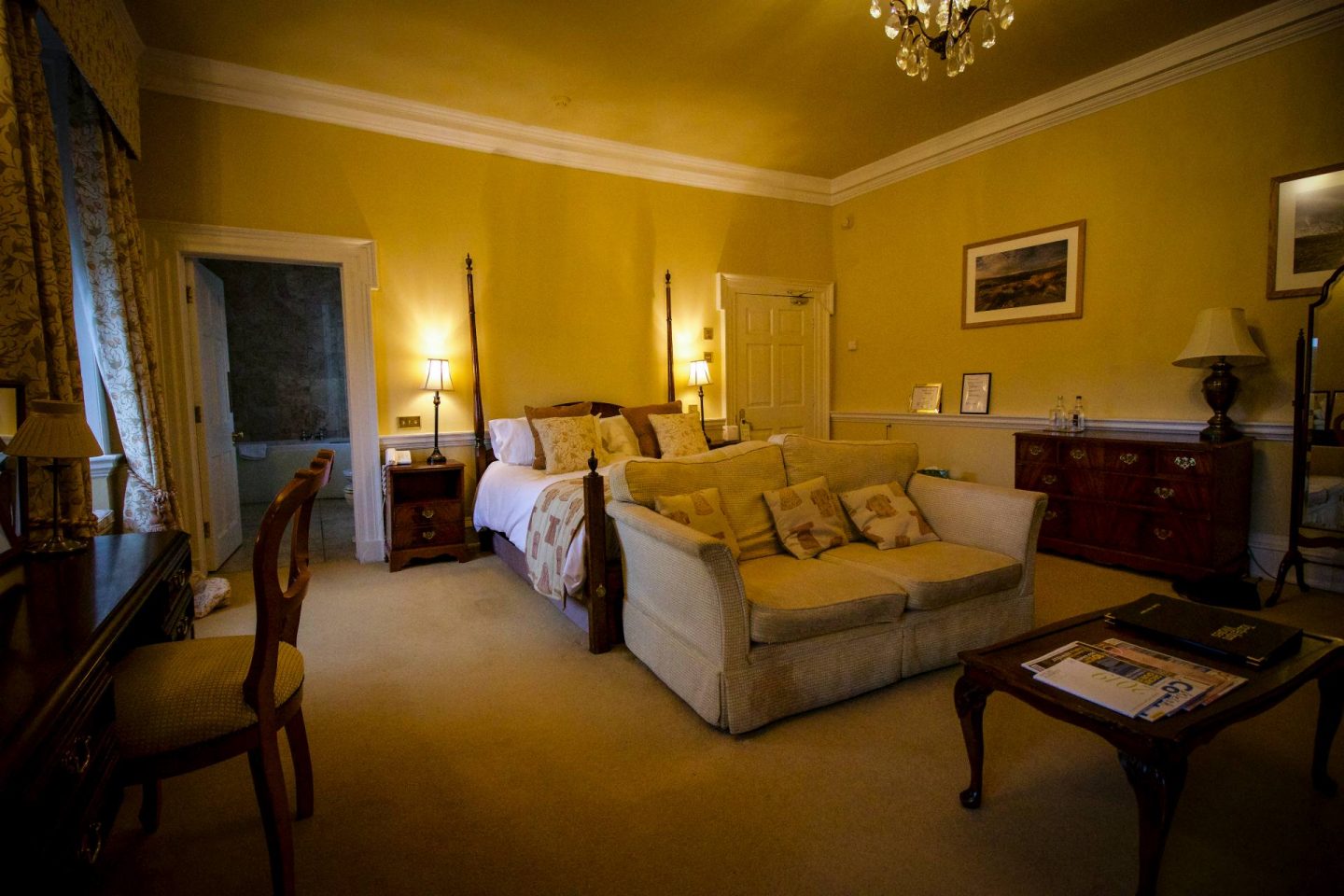 The hotel is home to twelve bedrooms, the eight rooms inside the main house where we stayed and the stables next door have been converted into four contemporary loft rooms that are based over two floors and are dog-friendly!

We were lucky enough to be put up in a Deluxe Room that are more spacious and roomy than the Good Rooms, but not quite as grand as the Suites. The Deluxe Room we were in had lovely views out of the front of the hotel overlooking a field filled with a local farmer’s sheep and, of course, those stunning mountains we’d seen on our drive in. Each room is individually designed and ours had just this really traditional feel about it. 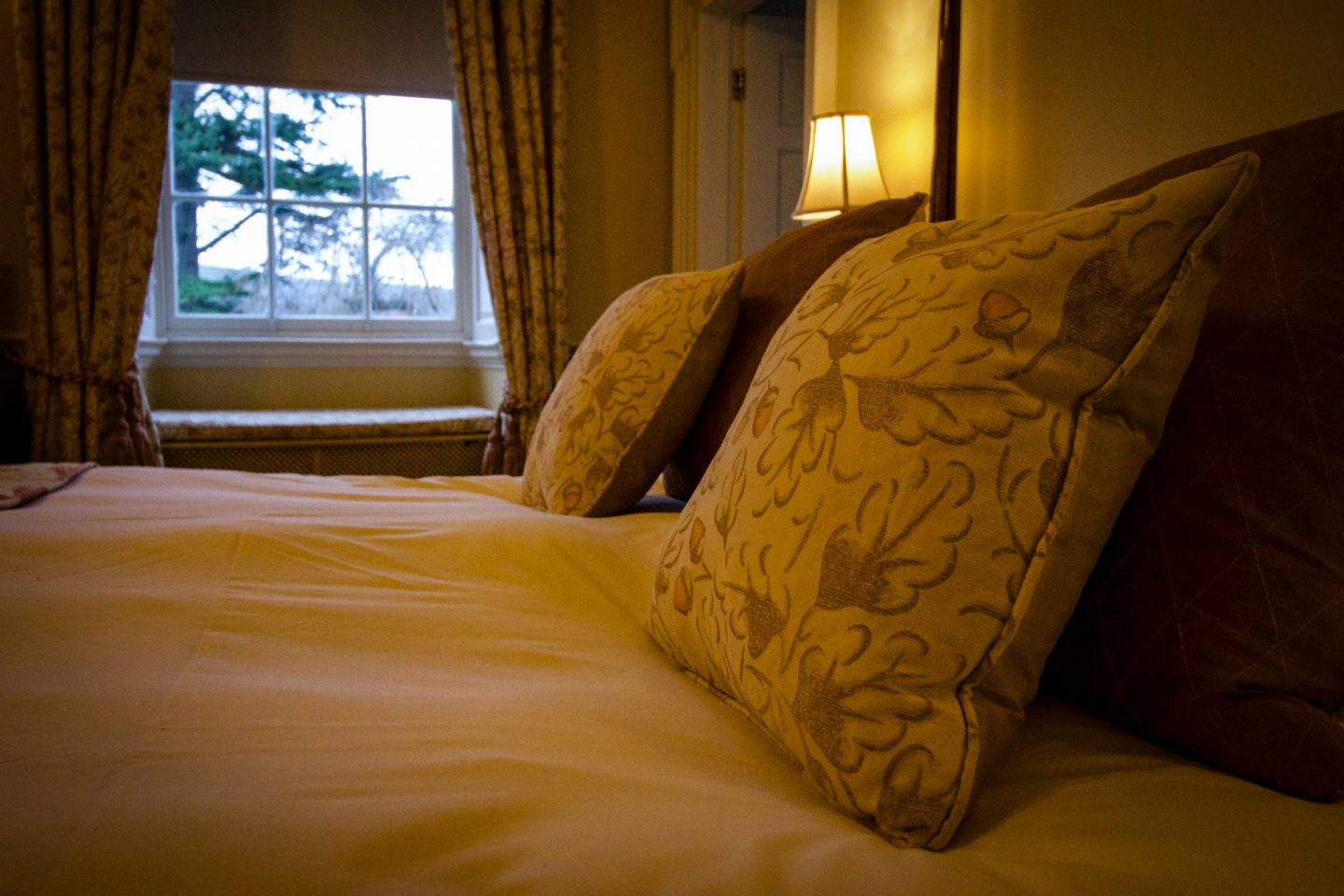 Our bed was one of the softest, fluffiest beds I’ve ever stayed in and Peterstone Court pride themselves on using the finest linen and softest pillows which we can confirm.

Each room, including our own, had a flat screen TV, a DVD player which we used after dinner to watch How to Train Your Dragon 2, really luxurious complimentary toiletries, bottled water in both still and sparkling, tea and coffee facilities and a little jar of homemade shortbread biscuits. 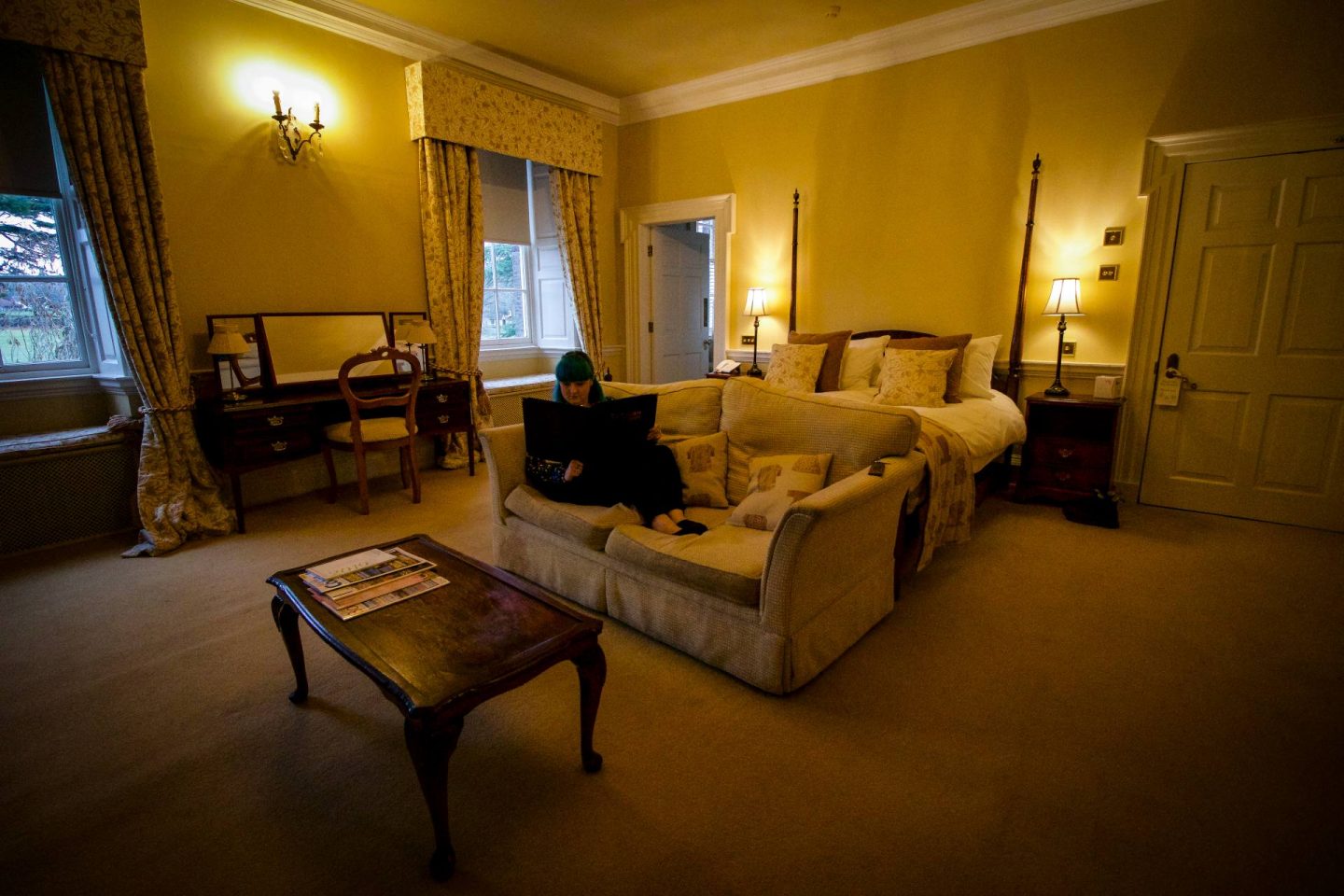 After making ourselves at home, we changed into our swimwear, popped on our dressing gown and slippers and headed down to the spa. The vaulted caverns underneath the hotel have been converted from their days as orchard storage to become an escape from the hustle and bustle of everyday life that goes on upstairs.  The spa itself is rather small but it’s home to a  Jacuzzi, a sauna, a stunning seasonal outdoor heated pool and a very well equipped gym. And to the left of the entrance, there’s a very quirky, dark red, Moroccan theme relaxation room for guests to enjoy before and after their treatments should they wish to chill out even more. 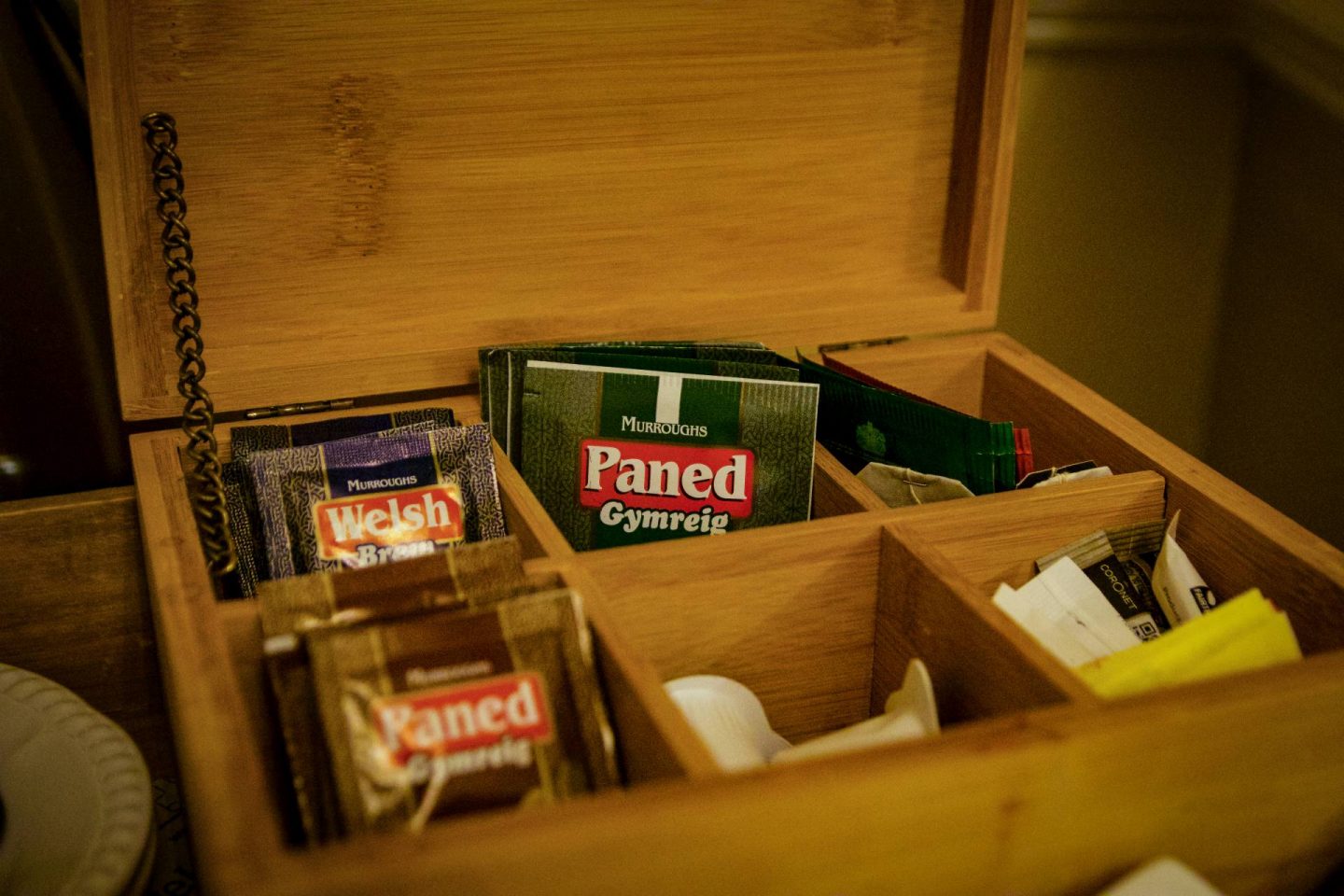 Once we’d spent an hour relaxing, we made our way back to the room, showered and got into our comfy clothes. We then took full advantage of the selections of teas and coffees whilst slomocking on the bed watching Pointless and devouring the wonderfully tasty biscuits.

The hour flew by and it was time to freshen up in time for dinner; my hair was curled, makeup touched up and I popped on a dress. 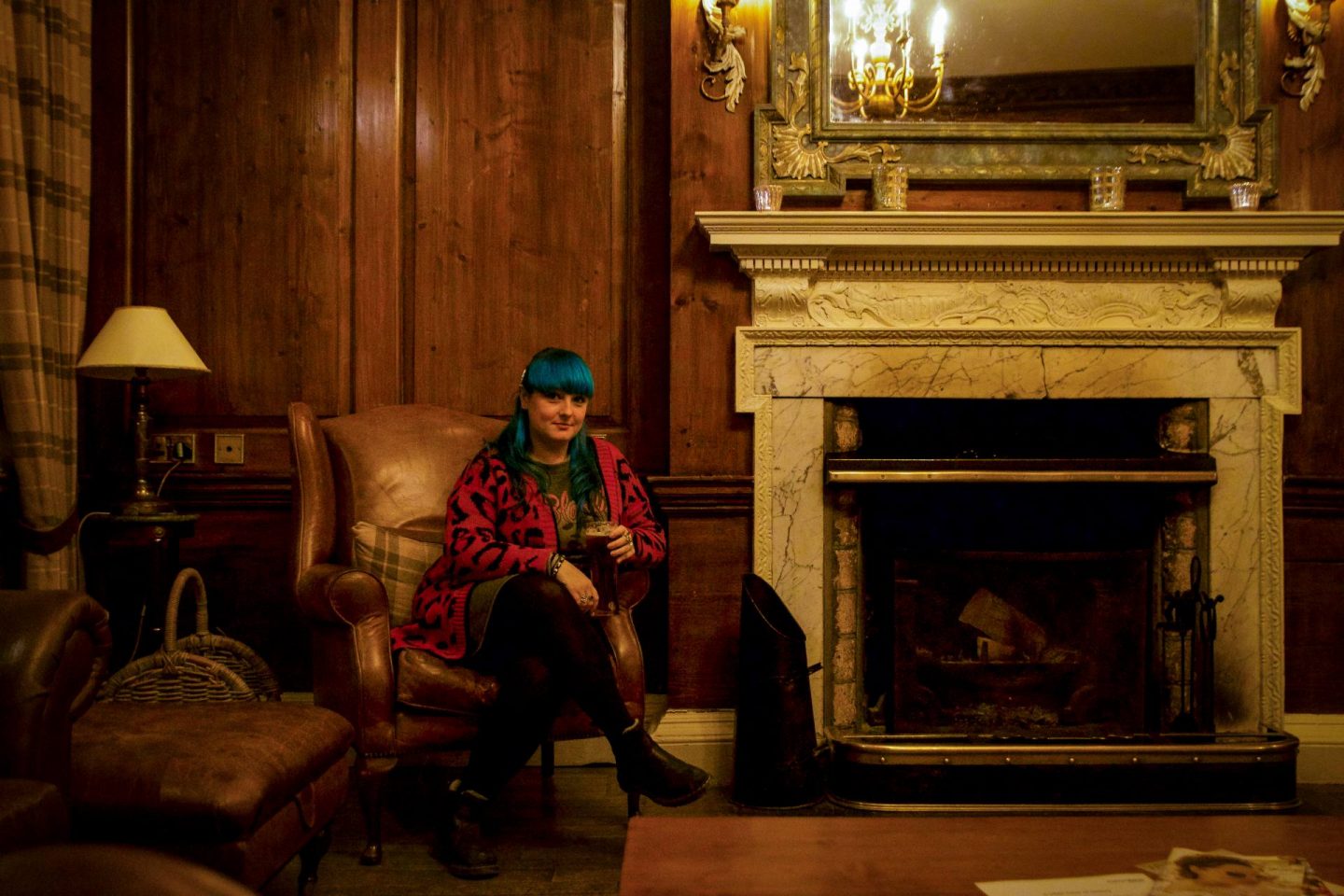 We had gone down early as we wanted to grab a round of drinks in the stunning library, which I hope my future living room will be modelled on! The fire was lit (despite the photo looking like it has gone out!), I had a pint of pale ale, Mike a Guinness and we chatted away until we were handed menus for dinner. I shall divulge all that info in a another post shortly…

After bed we cosied up, watched our film and I was out like a light as soon as my head hit the super soft pillows. I really didn’t want to get up after such a divine nights sleep but I knew breakfast was calling and that if dinner was anything to go by then it was going to be bloody good! 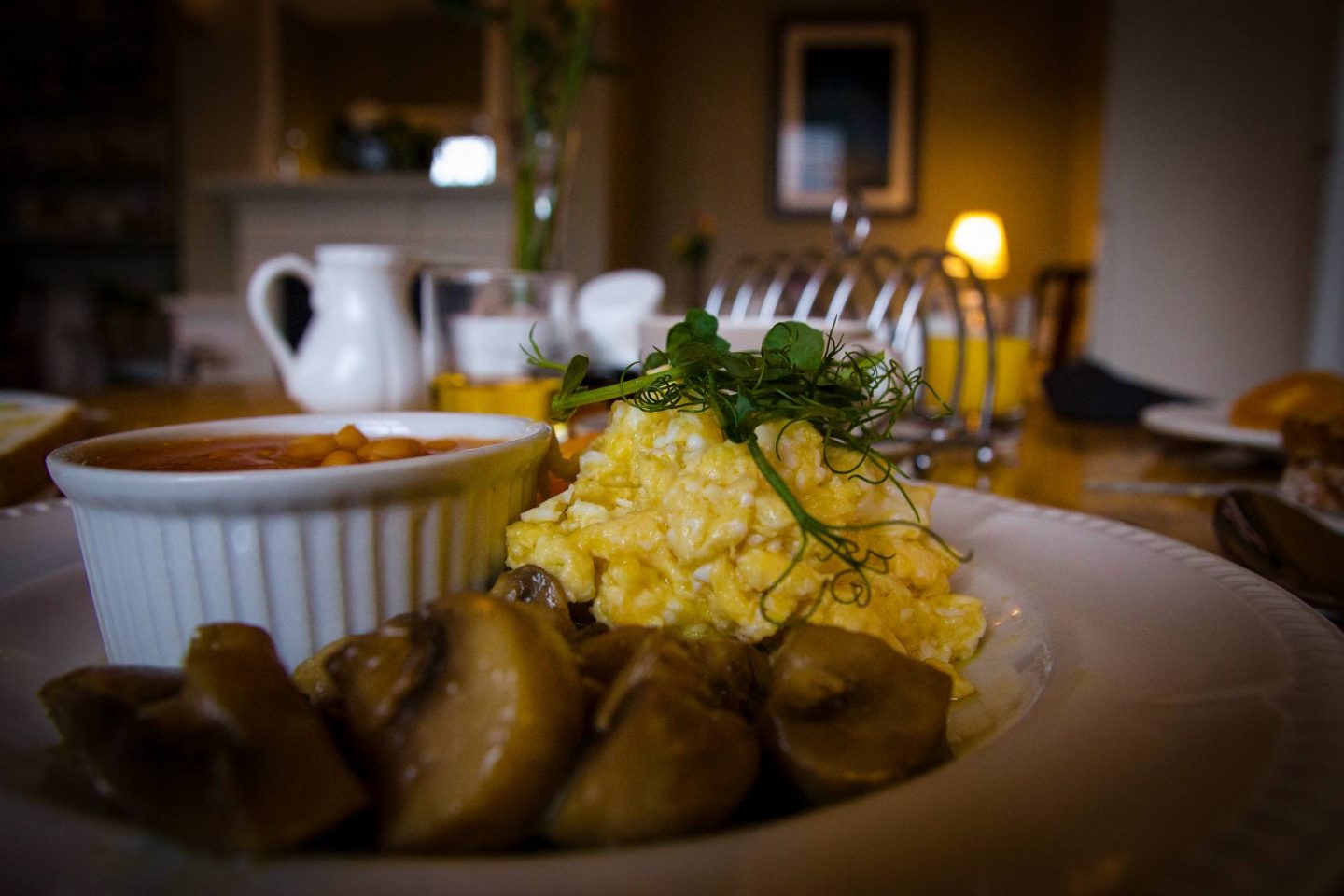 I was right, breakfast was fantastic. I opted for the full vegetarian breakfast which was made up of all of my favourite items; mushrooms, baked beans, scrambled egg and toast with a couple of surprise veggie croquettes. Our wonderful waitress went above and beyond to find me a decaf hot drink option and returned with a very tasty cup of decaf coffee. 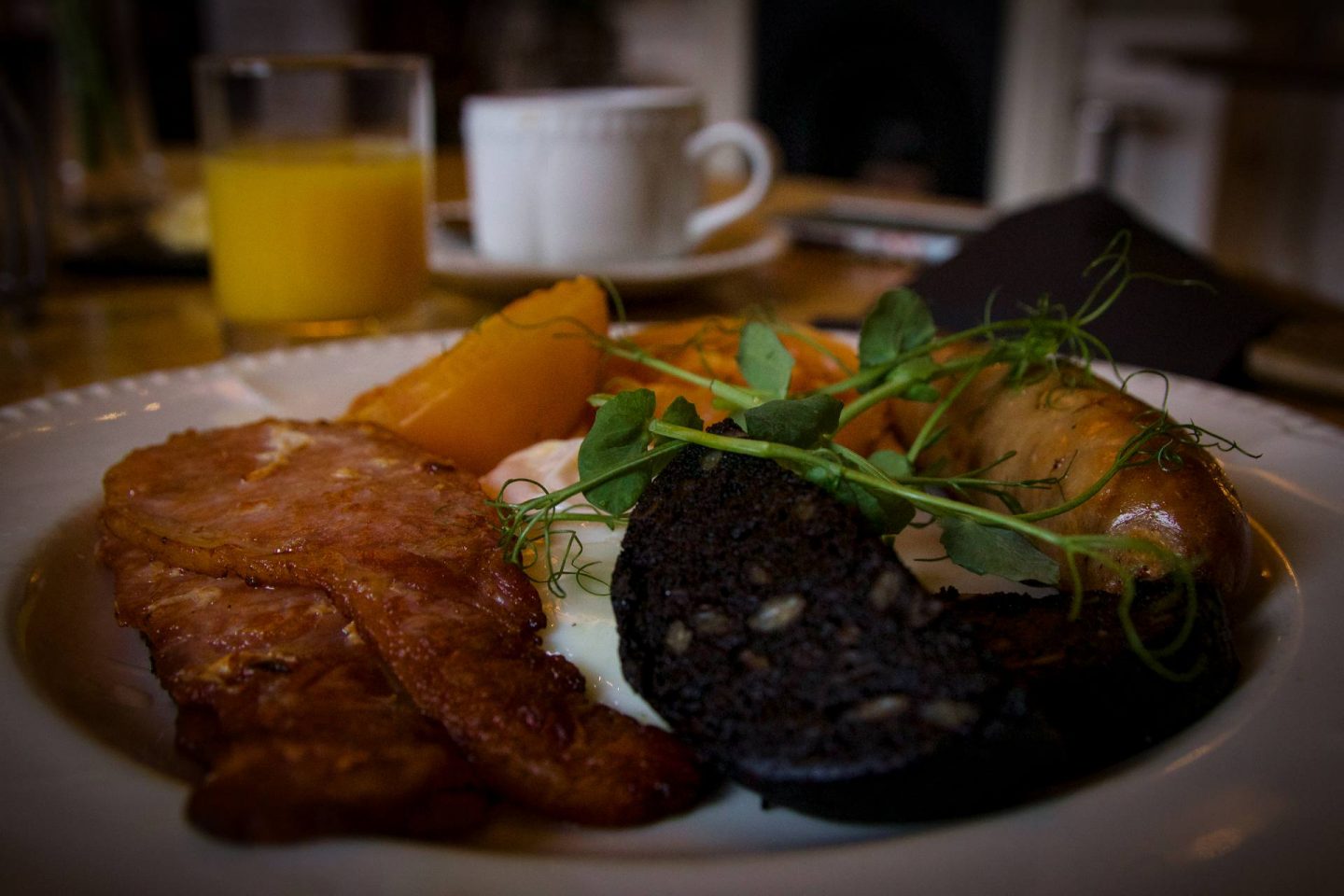 Mike had a traditional full Welsh Breakfast which was a plate filled with back bacon, sausage, black pudding, grilled tomatoes, mushrooms and free range eggs cooked to order that Mike had fried. He emptied his entire plate and had a very happy full tummy.

We had such a great stay, we left feeling very relaxed. We were very impressed by how the staff were so friendly, helpful and chatty. I’d love to go back when there’s less snow and get out walking through the stunning Brecon Beacons.

Afternoon Tea Week in the UK!

How Social Media is Changing how we…

The Benefits of Adopting a Vegan Lifestyle…