Luxurious Vegetarian and Vegan Food at The Ivy in the Lanes, Brighton

I was very kindly invited to The Ivy in the Lanes in return for a review through Visit Brighton.  However, as always, all opinions are entirely my own.

Who doesn’t love an evening out to The Ivy? We had such a great time when we visited in Winchester, that we just had to pass on by for a meal and some bevvies at The Ivy in the Lanes in Brighton. This is the Ivy Collection’s first coastal site and is located in the grade II listed old post office which is equally stunning on the outside as it is the inside. 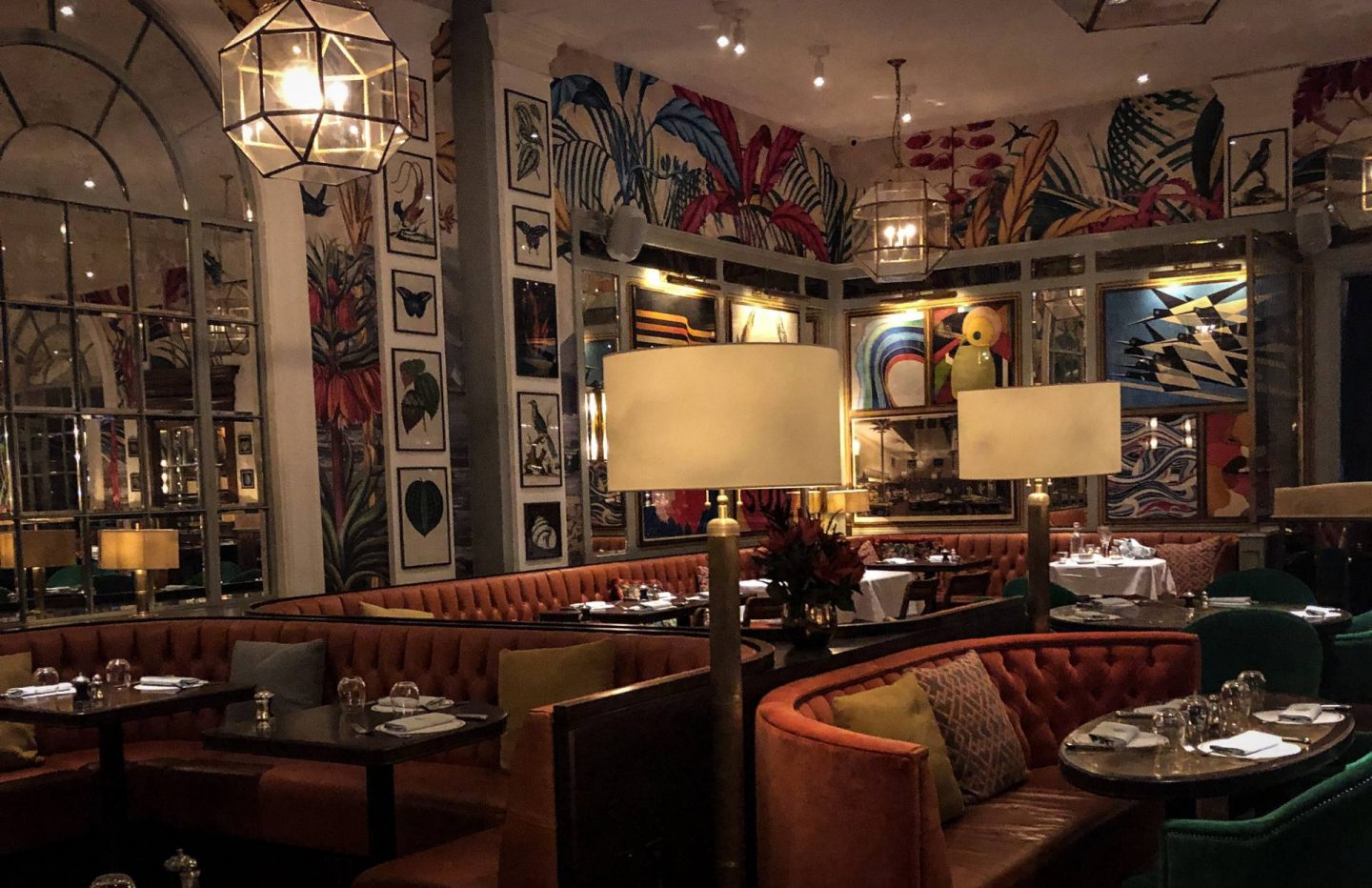 The striking decor was just unreal; the amount of crazily cool arty prints all over the walls left little space for much else, but the wallpaper that was peeking through was just as quirky and the cooper and green velvet chairs just added to the opulence. I wish I had the guts to have a room this awesome in my house when we move! 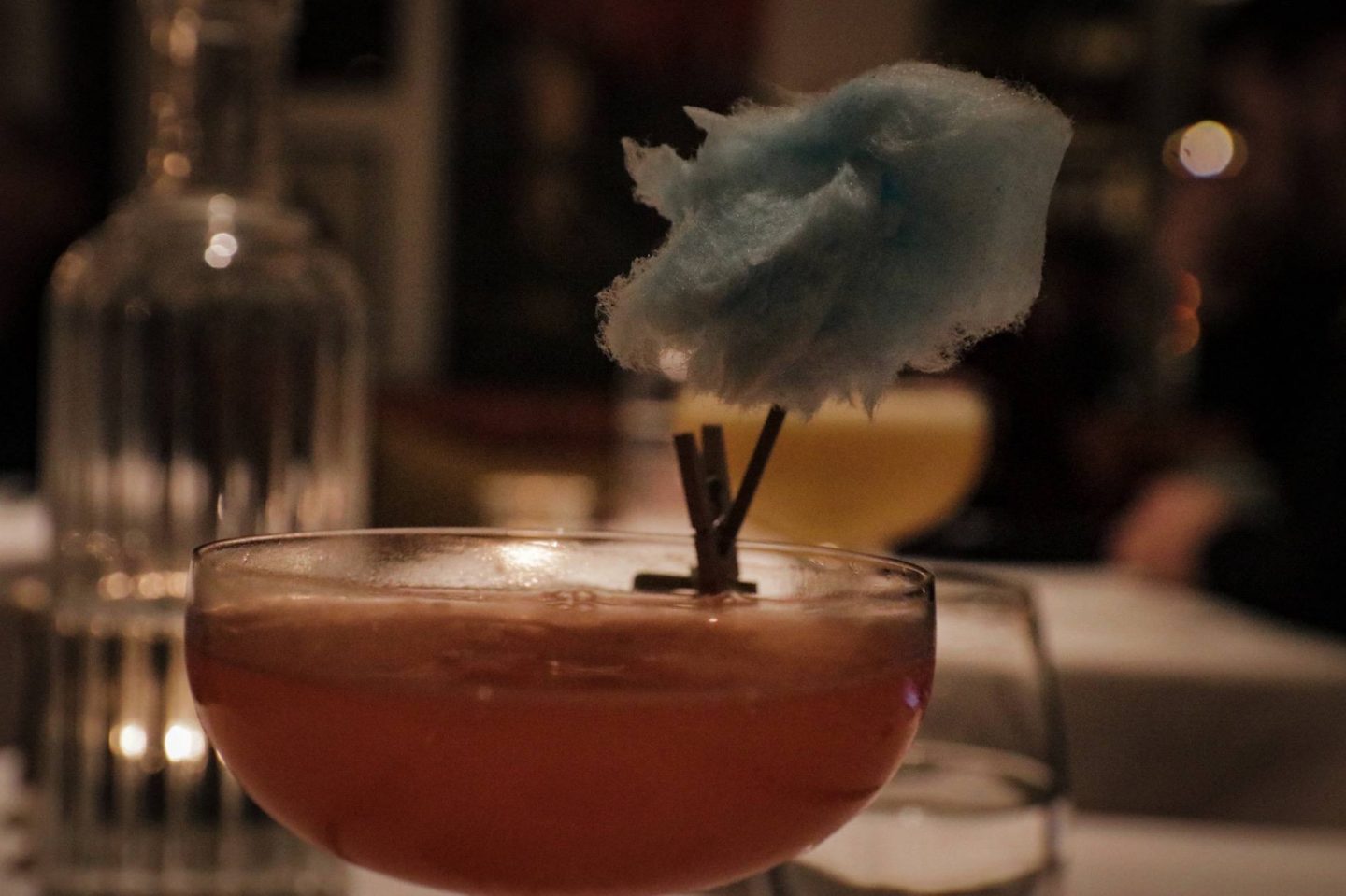 We began with a cocktail from the extensive menu whilst we were deciding on what to eat. I chose the Candy Floss Fizz served in a coupe style glass. Topped with fairy floss, this was Prosecco complemented with rosé, lychee, ginger and a Havana3-year-old rum that was divine. In fact, it was a little too easy to drink, so to go with my dinner I ordered the Tempranillo from Ribera del Duero in Spain, a favourite of mine. 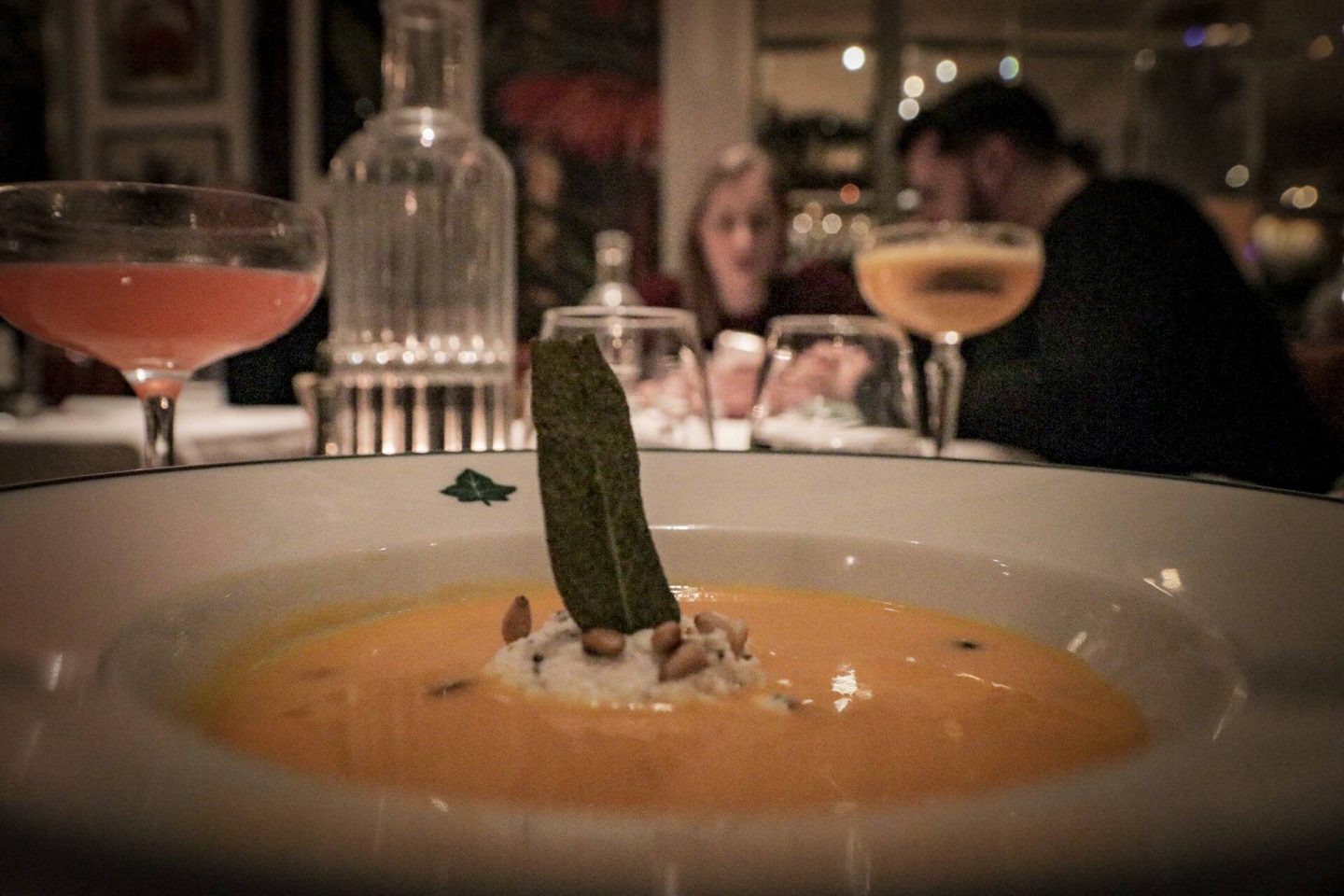 I decided to order my entire meal from the veggie and vegan menu as there was such an incredible offering!

For my starters, I went for the Roast pumpkin soup which was made from creamed pumpkin and served with ricotta, pine nuts and crispy sage. When your dish arrives, it’s just your ricotta and pine nuts and your server pours over the pumpkin soup. I just stirred in the ricotta so each mouthful was a mix of flavours. I’m thinking this could be something I could try to recreate at home as it was so tasty! 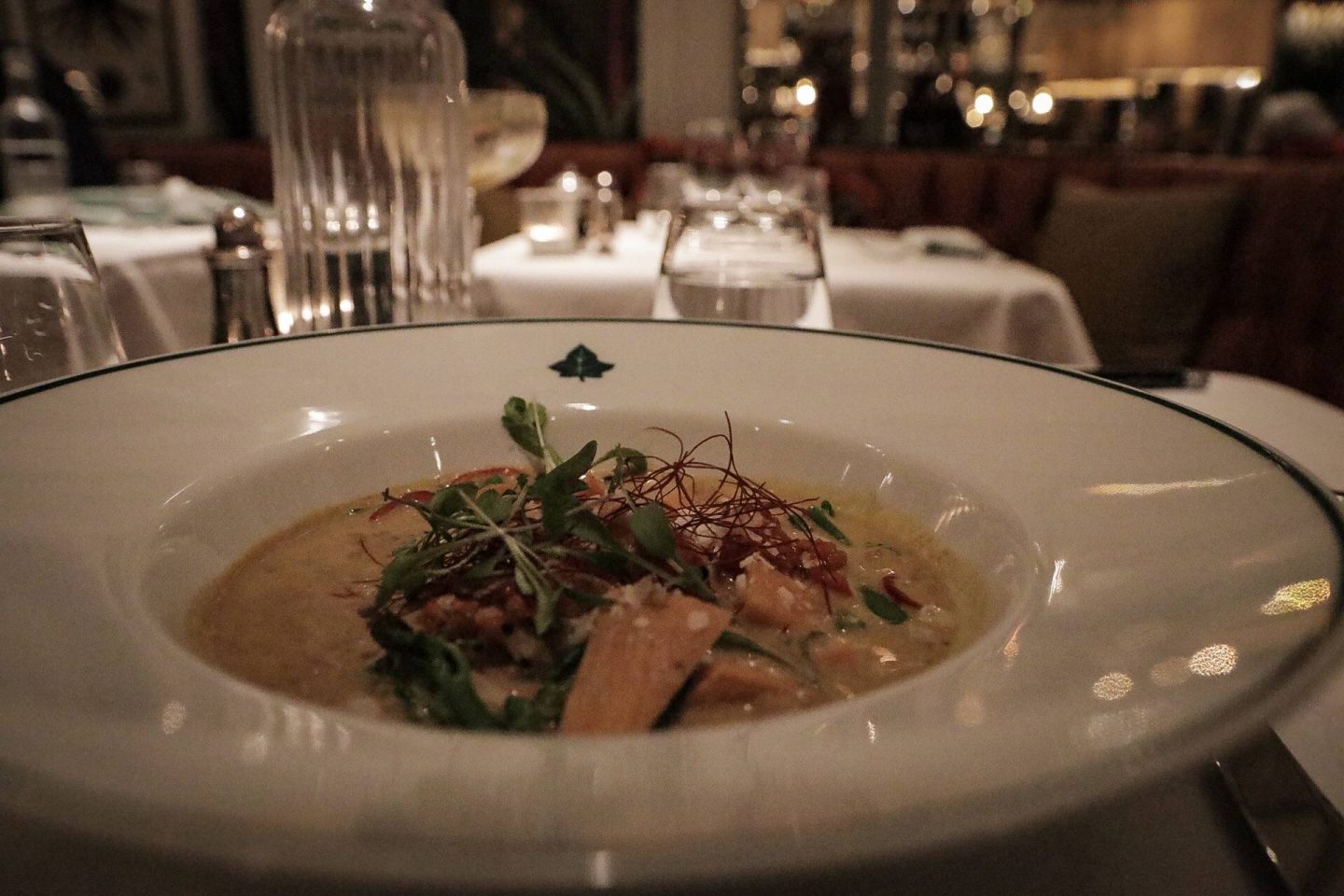 My main was the wonderful vegan sweet potato Keralan curry. This consisted of chickpeas, broccoli, coriander and coconut served with rice on the side. The different amount of flavours and textures was so great, something I hadn’t expected from a vegan curry! It was filling, felt very clean and I didn’t feel stoggy after finishing it as you often can after curries. 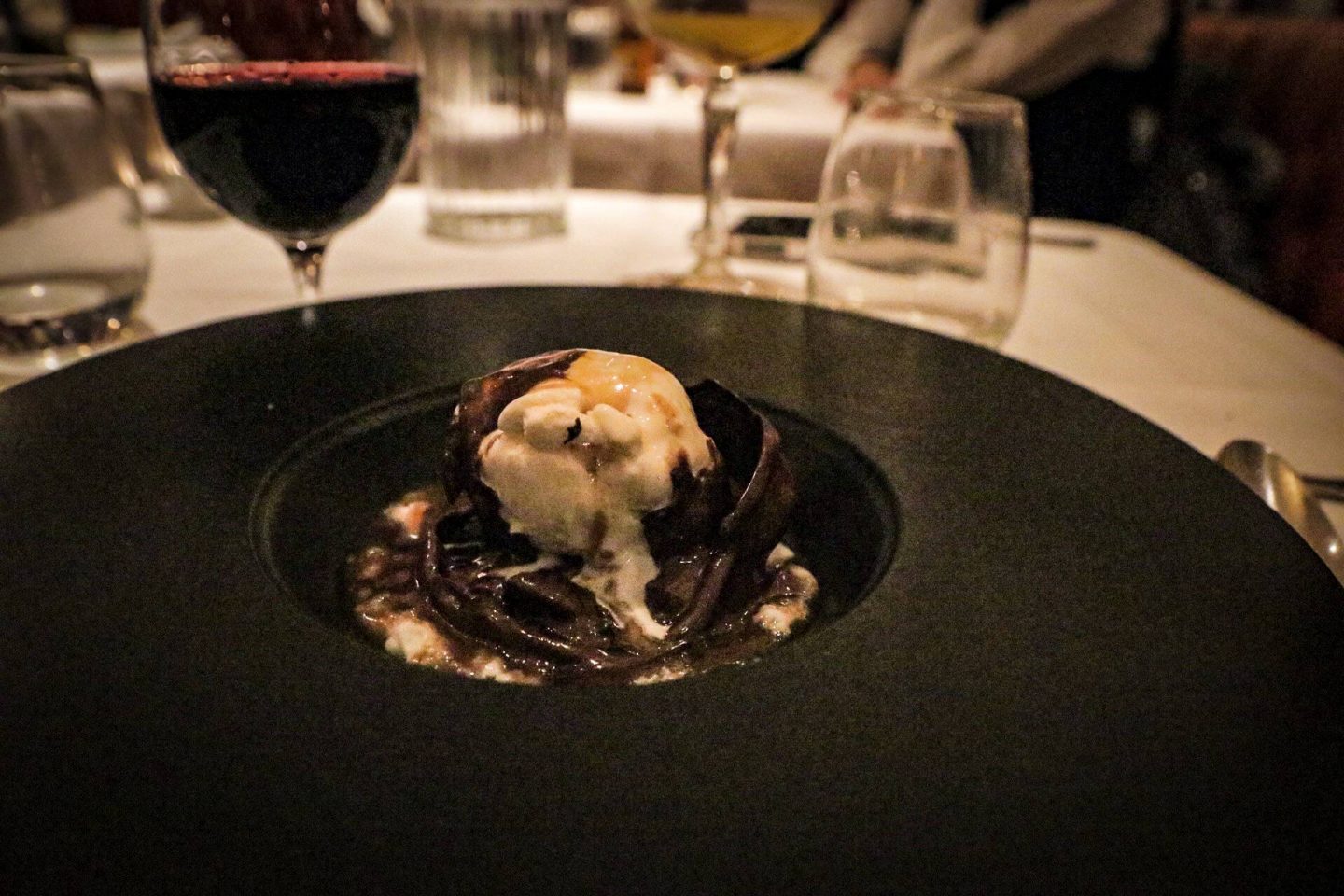 For the dessert, I had the famous melting chocolate bombe. This a lush chocolate bombe with a vanilla ice cream and honeycomb centre with hot salted caramel sauce. When the server brings over your dessert, the bombe is a whole sphere and then the hot salted caramel is poured over to melt the sphere. It’s luxurious, it’s flavoursome and it’s one of my most favourite desserts! 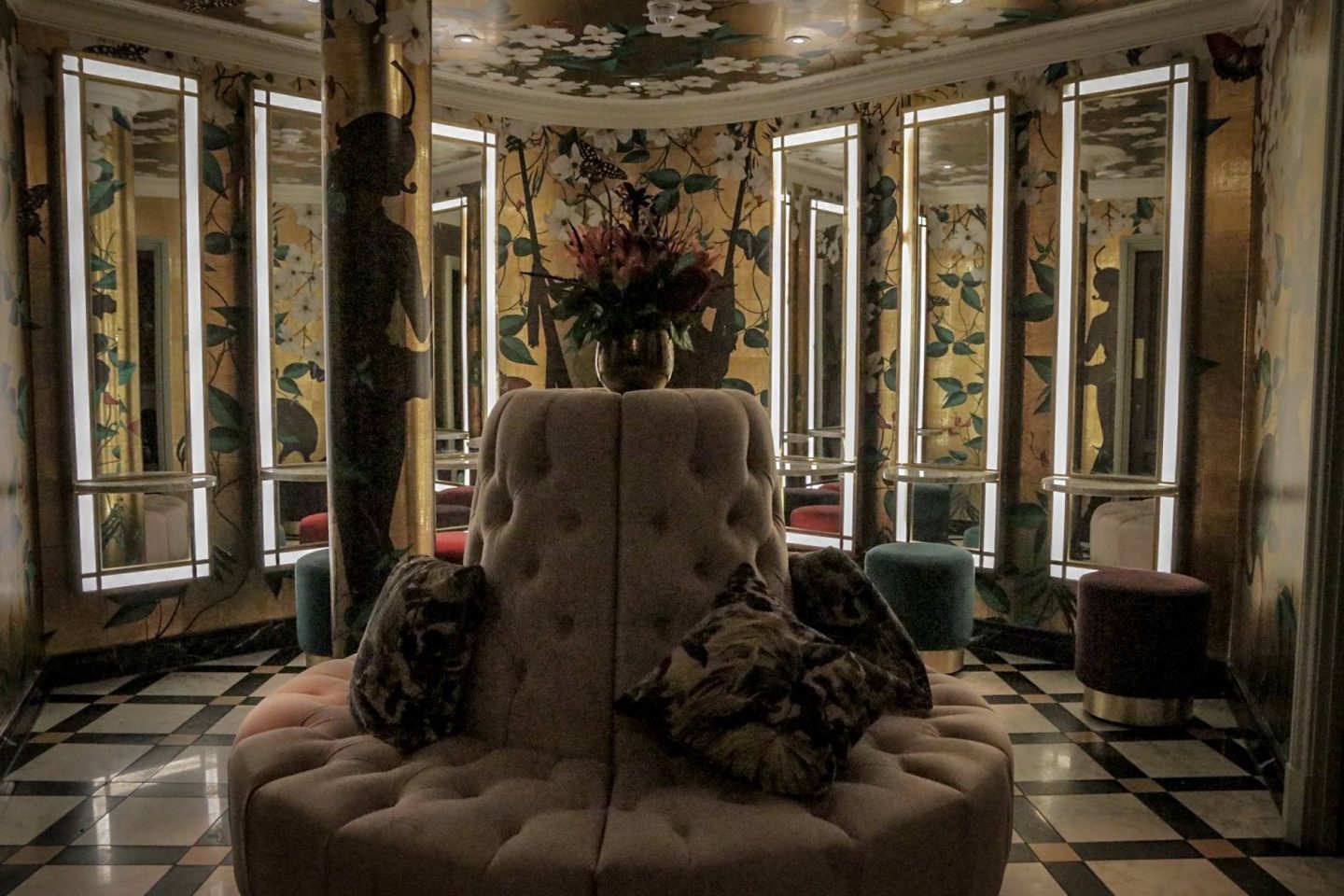 We had great service, but it really peaked when our lovely waiter told us to go and check out the ladies loos. He also made sure I took my camera with me as he said I wouldn’t be disappointed; he was right. The loos were beyond imagination and I was very glad I took my camera! He told us stories of how long ladies have spent down there, and there’s no shortage of photos that have been taken down there online!

I’d really recommend a meal at The Ivy no matter what the occasion as it’s such great value for money; the ingredients are fresh, the portions are far from skimpy and the service is second to none. 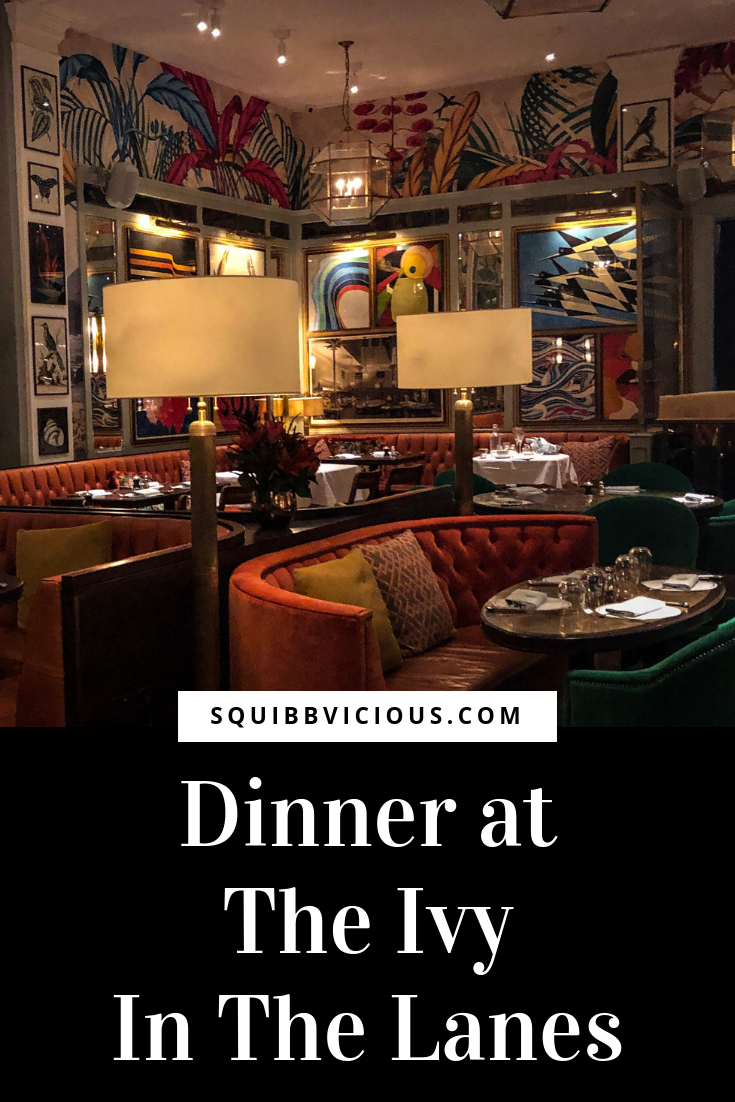 Why You Should Visit Newcastle Gateshead in…

Where to Stay in Leeds Town Centre…