I was very kindly invited to the B-Rex preview event in return for a review.  However, as always, all opinions are entirely my own.

A good five years ago, I headed to Bryon Hamburgers after work with my work colleagues and I was graced with one of the best burgers I’ve ever eaten, the B-Rex. On my next trip to Bryon, I found the B-Rex was a special burger and was no longer available. Oh, how my heart broke. Ok, maybe I wasn’t that dramatic but I was pretty gutted that I couldn’t have another.

BUT fear not, my burger-loving buddies, the B-Rex is back out on the menus, available nationally from the 12th of February. There was such a high demand for it, that they’ve just had to bring it back! And along with the return, they have brought out the Cluck-osaurus Rex, or C-Rex, with a chicken burger rather than beef and much to my meat cutting down selves delight, the new herbivore cousin the Veggie-saurus Rex, or V-Rex complete with bean patty.

So, I just had to get my little Stegosaurus-like legs down there to chomp down on a V-Rex burger, right!? 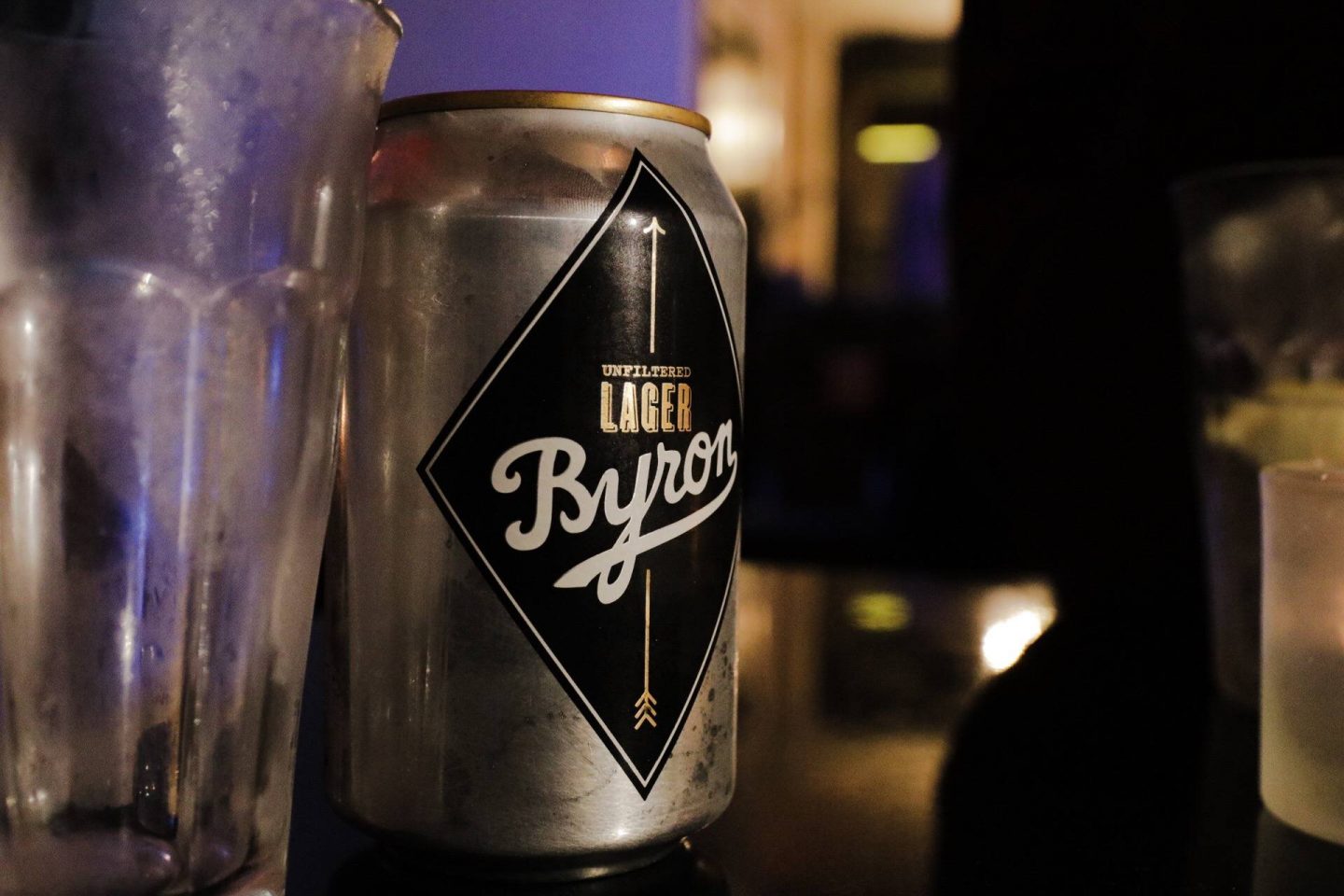 Upon arrival at the B-Rex Family preview night, I ordered a Byron Lager that’s brewed just for them by Camden Town Brewery which was really light and refreshing.

You all know what’s coming next don’t you… 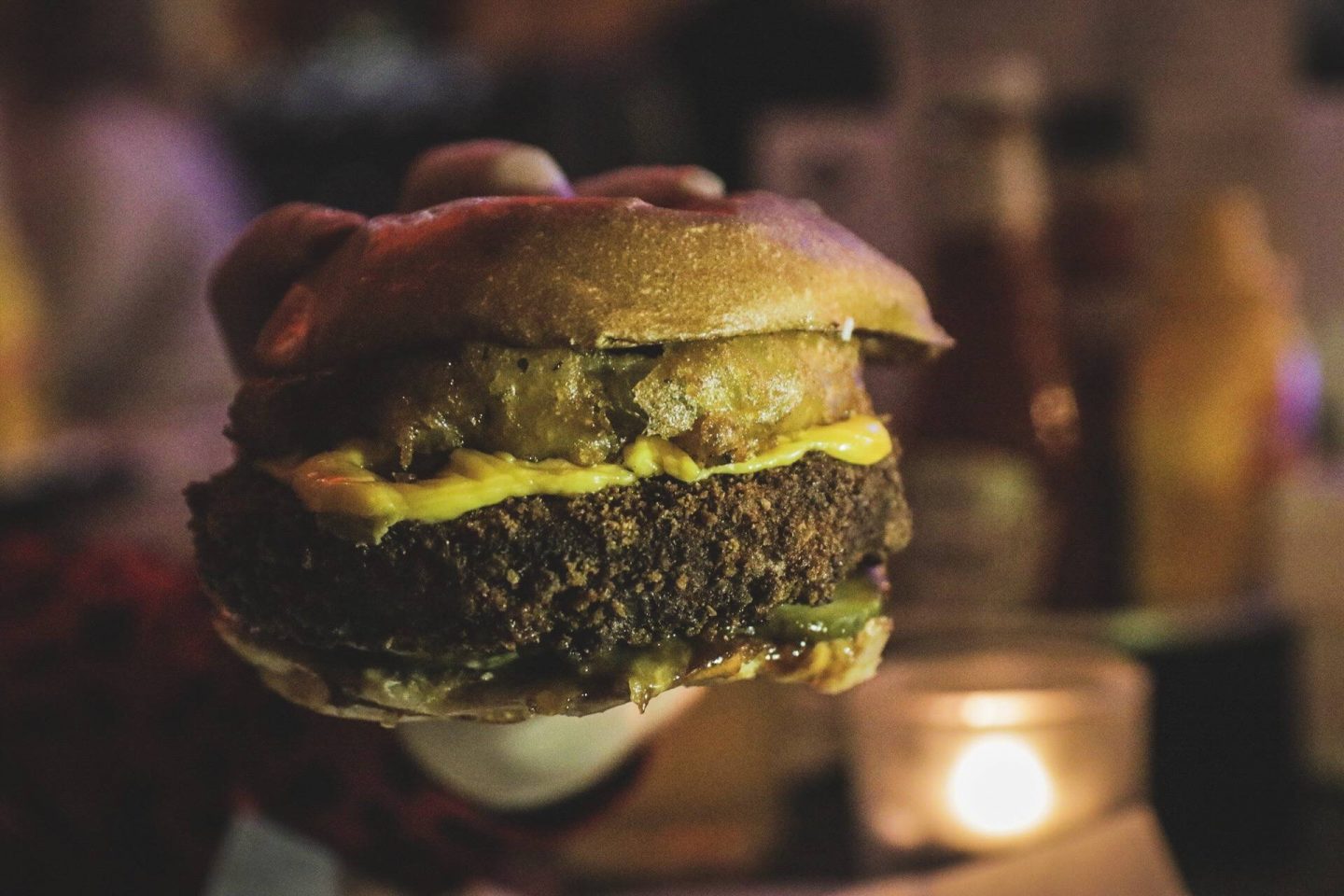 Oh my, the V-Rex veggie burger was so good! The bean patty in it has three of your five day in the shape of chickpeas, kidney beans and sweetcorn. What I liked was the texture of the patty as the veggies inside weren’t mushy which gave the burger a really good substance. Obviously, the bacon was left out but the cheese, onion ring, gherkins and jalapenos were all still tucked away under the bun. I was left feeling really full after my burger which is rare for me after a veggie burger! 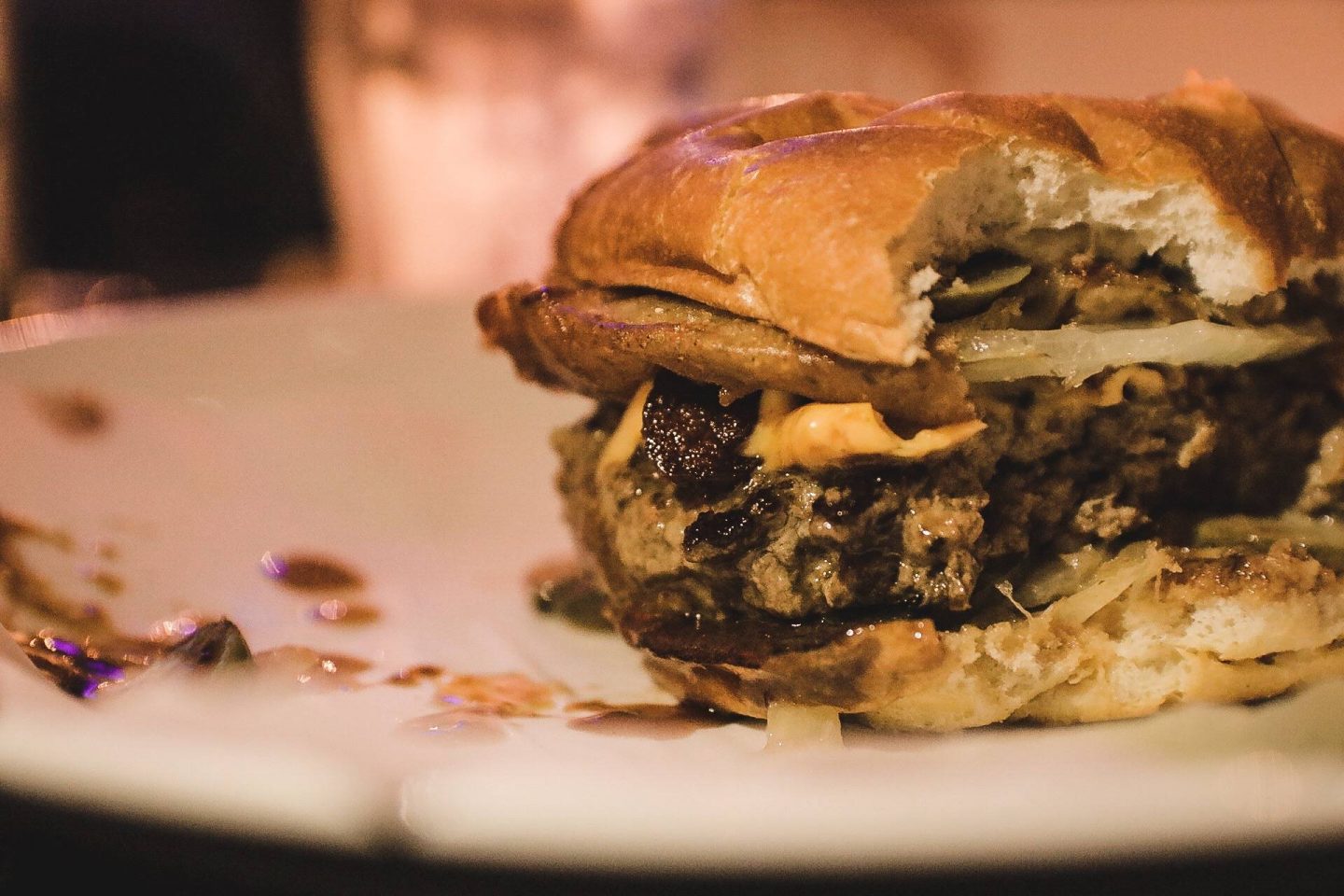 As I took Mike along as my plus one, he had the iconic B-Rex with all the bacon and trimmings. He devoured it rather rapidly and really enjoyed, which I’m glad about as I had really hyped it up! Byron Hamburgers always use really good quality meat in their burgers and are such good value for money.

In addition to the relaunch of the B-Rex and its new family members, Byron will be launching B-Rex Loaded Onion Rings which are made from their homemade, iconic beer battered onion rings, loaded with Byron cheese, bacon, jalapeños, pickles, onions, spicy BBQ sauce and mayonnaise which sound beyond words and a triple chocolate milkshake that shall be known as the Choc-osaurus Rex. 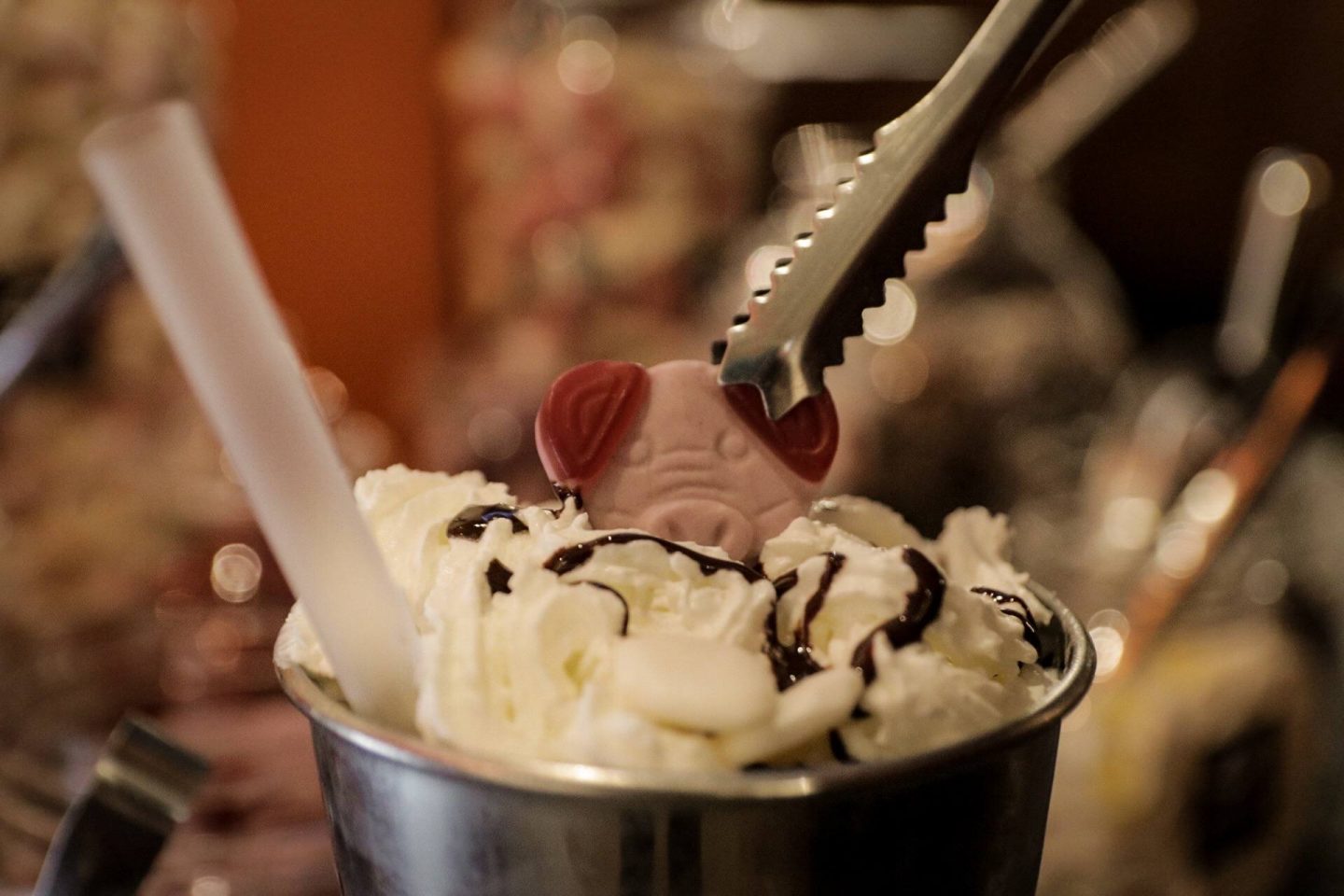 We didn’t go with the Choco-saurus Rex, we both had malted milkshakes; I had salted caramel and Mike had the Oreo, and we got to turn them into our very own freakshakes! So I must admit, I’m not very good when it comes to decorating foods so the photo above is Mike’s handy work! I added whipped cream, chocolate sauce, a few strawbs, some love hearts as it is February and a few fried eggs, whereas Mike went minimalistic with whipped cream, chocolate sauce and one lone Percy Pig! We both really enjoyed our freakshakes, but will leave topping them to the professionals next time!

I can’t wait to be able to order both the B-Rex and the V-Rex whenever I want; they’re just too good!

Share:
PREVIOUS POST
"Places to Stay in the UK you Need to Know About"
NEXT POST
"Spending Nine Hours at Graceland, Home to Elvis Presley, Memphis"
0 comments so far.