The Best Things to do as a Tourist in Brighton

I was very kindly invited to the following locations in return for a review through Visit Brighton and our travel was supplied by National Express.  However, as always, all opinions are entirely my own.

There are so many awesome things to do in Brighton so I’m breaking them down into a couple of posts. This first one being the best tourist hotspots whether it’s your first visit or your tenth! When I say tourist hotspots, I don’t want to put you off at all! When I visited it was half term and nothing was overcrowded, there were hardly any queues and it most certainly wasn’t like London’s tourist hotspots at all! Brighton is such a great place to visit, whether it’s just for the day or for a long weekend as there’s just oodles to and it’s so easy to get to.

How to Get to Brighton

Brighton is incredibly easy to get to from London, in fact, it’s well serviced by transport from all over the UK. If you’re a driver then there are lots of parking lots around to use. It’s fairly expensive to park for a couple of days so we tend to use public transport as it’s a lot less stressful!

One of the easiest options is by National Express coach, as there can often be engineering work along the train lines causing delays and diversions that hold you as it has on my last few train journeys there! Brighton Coach Station is right next to Brighton Pier in the centre of town.

For less than £20 return you can hop on a very clean coach, drop your bags into the luggage hold, and just chill out using the onboard wi-fi to scroll through your favourite social media and catch up on your most favourite series. When you book a seat with National Express you’re always guaranteed a seat unlike on aeroplanes, but you can reserve front row seats, extra legroom and premium seats to ensure a trip that makes sure you’re super comfortable which is great. I often tried to reserve seats on the train and haven’t been given what I’ve asked as I’m pretty fussy!

What to do in Brighton

Using Colson House as our base, we were perfectly situated to explore until our little legs couldn’t take any more steps! 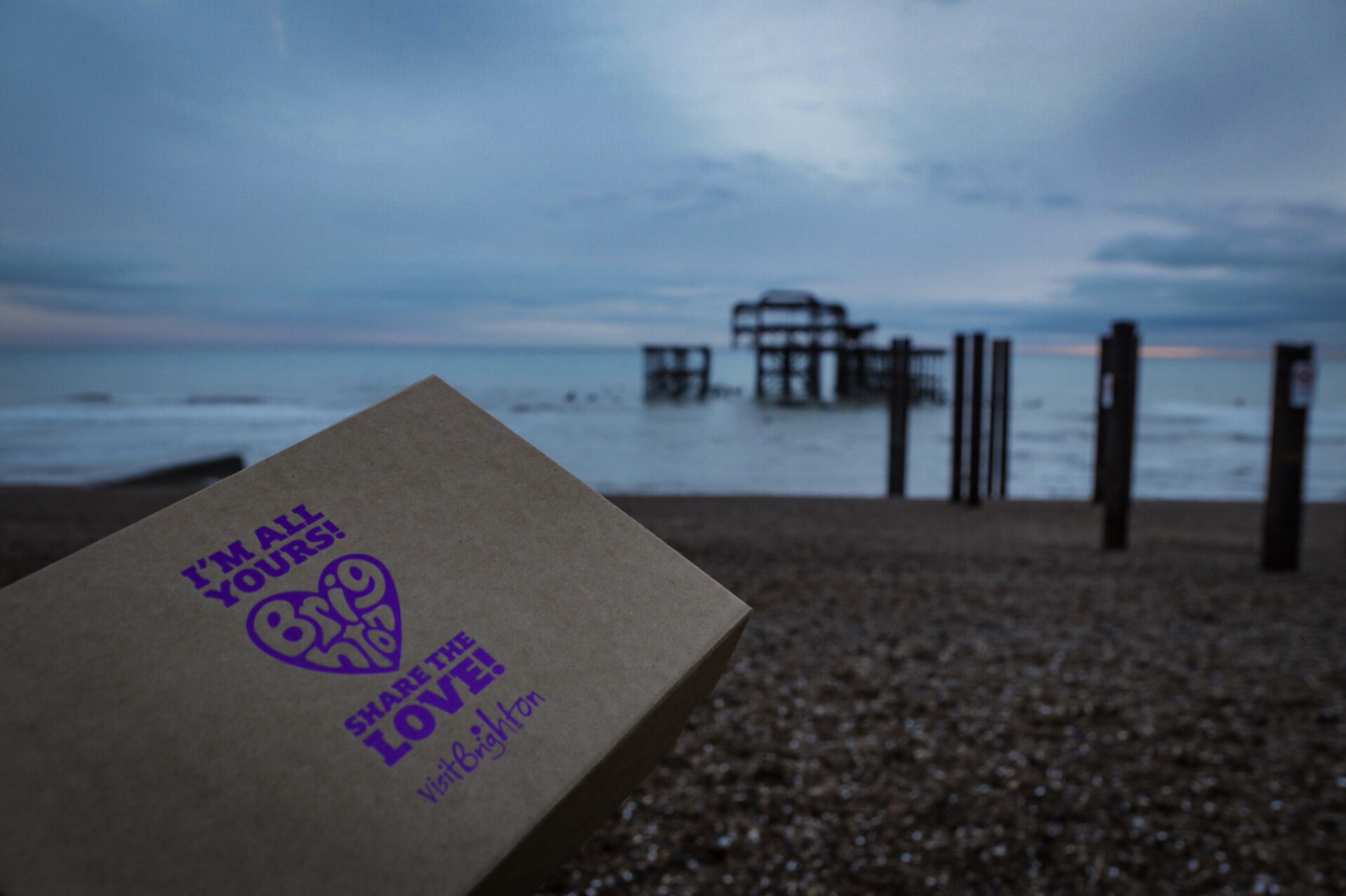 Obviously, the first stop has to be Brighton Beach! It’s not your usual beach as it’s covered in stones but I think that makes it even more appealing and quirky! It’s actually been voted into the top ten weekend beach destinations in the world so that makes it pretty darn special!

Whilst you’re down by the beach make sure you wander along Brighton Palace Pier; shop in the little shops that line the way, stop for a drink in the Palm Court Restaurant and Bar, grab some food from the food court stands, scream until your heart is content on the rides, and of course, spend all your pennies in the arcade.

From the Pier stroll along the beach, taking in the sights, smells and independent shops. Then stop at one of my favourite places in Brighton; the West Pier, that opened back in 1866 and closed in 1975. The pier was the first to become Grade I listed but has fallen to disarray since the closure. The pier began to collapse during the early 21st century and then had even more sections collapse in late 2002, and two fires in March and May 2003 that have left the pier in the state it is today, but I love the way it currently looks as it’s such a stark contrast to the rest of Brighton. 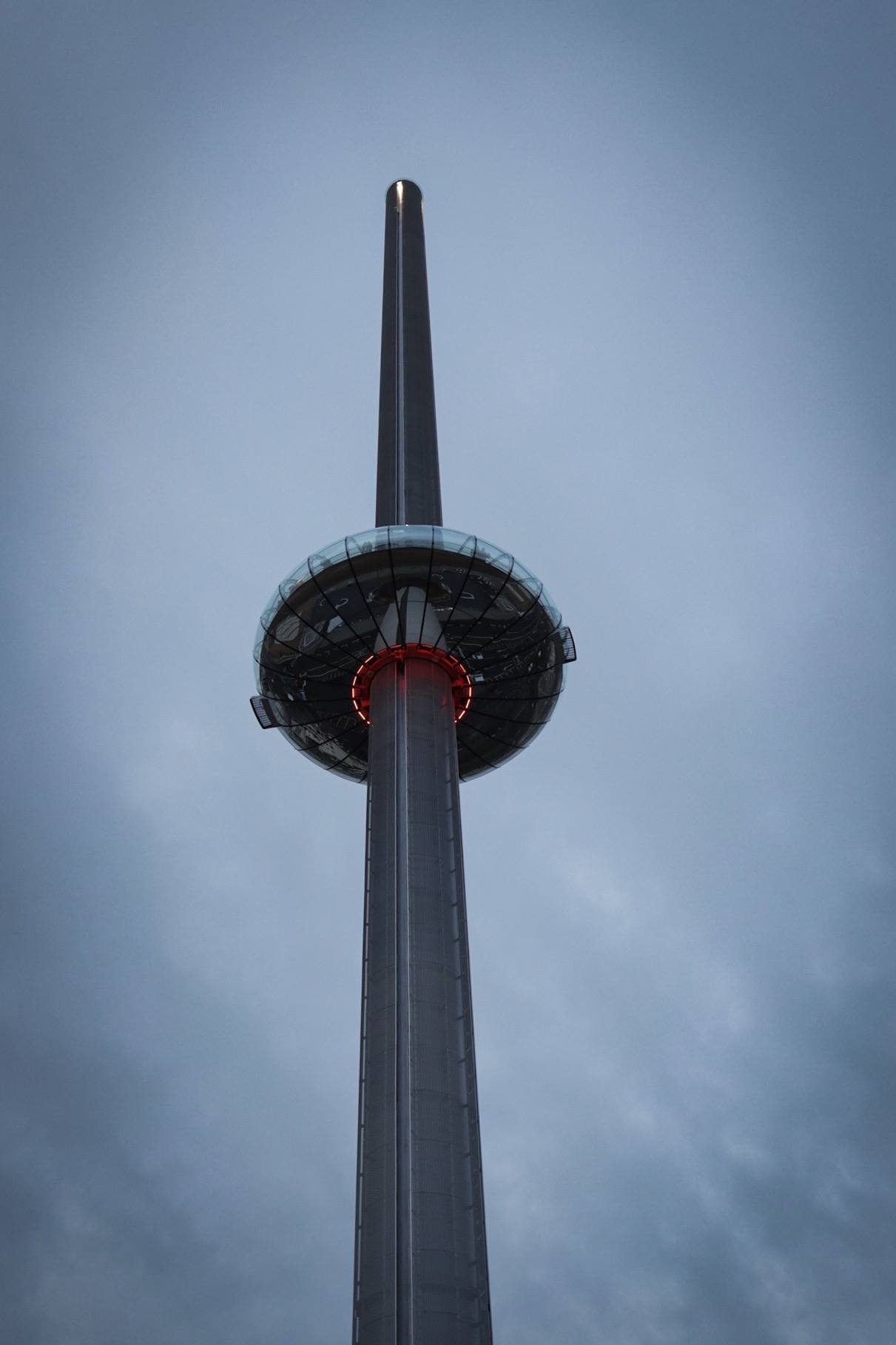 Just parallel to the West Pier is the British Airways i360 built by some of the team that designed the London Eye. It’s a 360° glass pod that ‘flies’ up to 450ft overlooking both the seaside and the town. Each ‘flight’ takes approximately 25 minutes and they depart every half an hour. You start your boarding procedure just after the ‘flight’ before you takes off as you have full security checks and pass checking just like in a real airport!

The Nyetimber Sky Bar, on board, stocks an array of English sparkling wine, local beer from Harvey’s Brewery, Brighton Gin and tonic and Folkington’s juices from nearby orchards. I love this as you know I’m all about keeping it local! 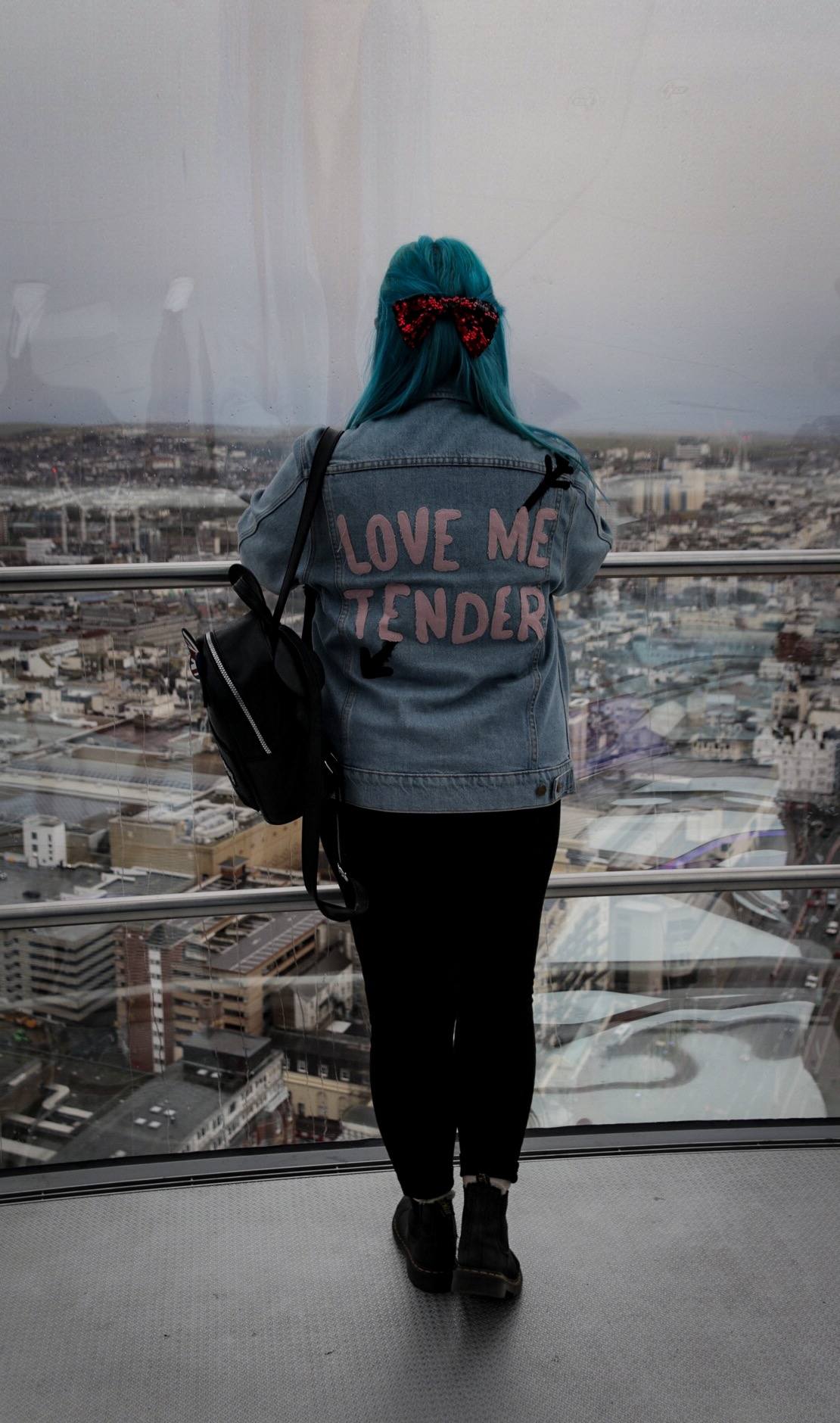 The views are just amazing as it’s so great to be able to see Brighton from a totally different angle. In all the times I’ve been to Brighton I’ve never seen it from above ground level so this was certainly a highlight for me.

A lot of the hotels and tall buildings have had artwork put on their roofs to make the views even more fun! My personal favourite was the Art + Believe piece on top of the Holiday Inn.

The Royal Pavilion and Brighton Museum 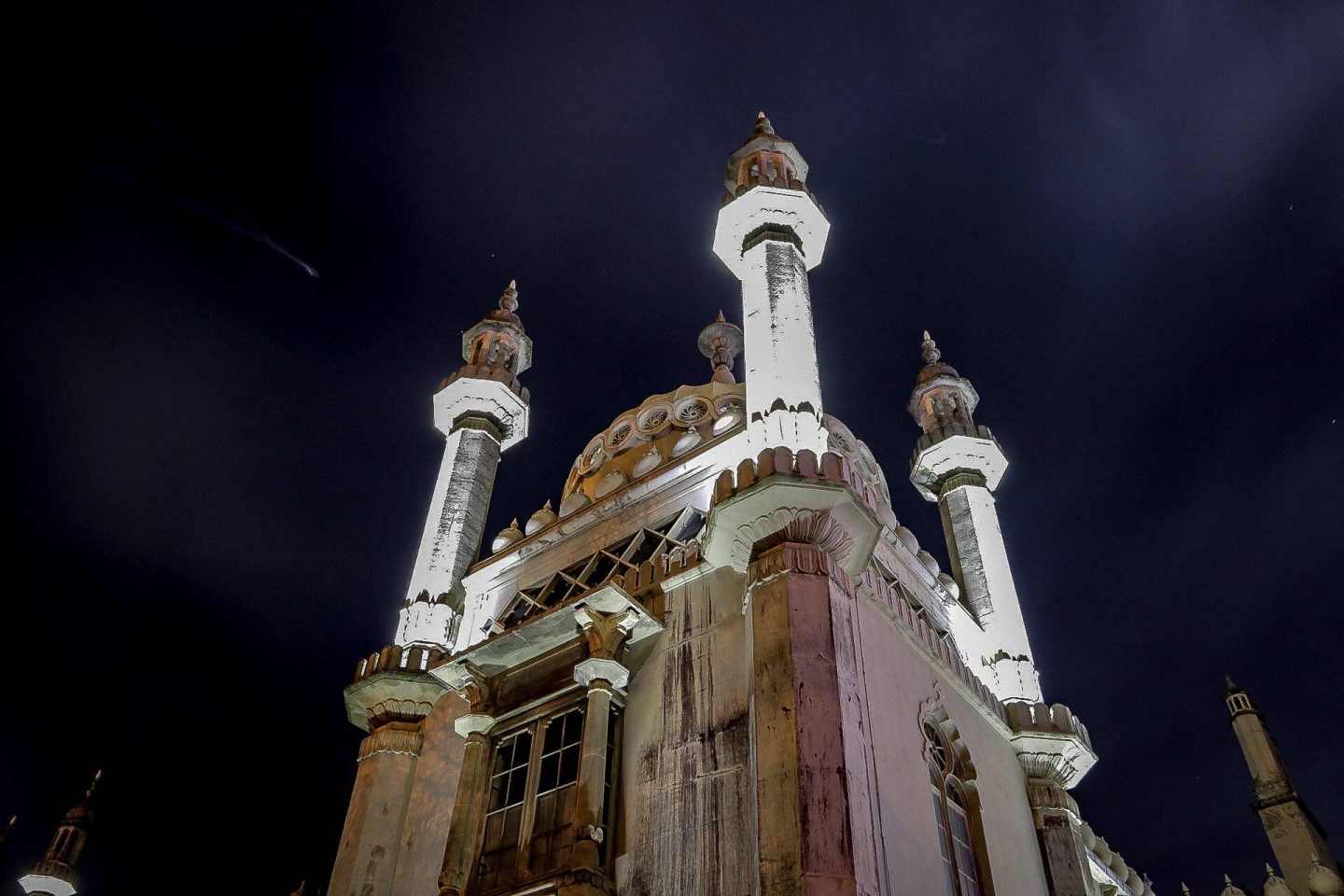 I just love how flamboyant the Royal Pavillion, which was built as a seaside pleasure palace for King George IV, is both inside and out. George was an eccentric man with a strong passion for fashion, the arts, architecture and good living, which Brighton can offer in abundance but also he was rebelling against his strict upbringing and threw himself into a life of drinking, womanising and gambling. His home very much showcases his lavish lifestyle and the building grew and grew in size finally becoming the wonderful Pavilion we can see today. The interiors are heavily influenced by Asian and Indian decor and it’s just simply magnificent, well worth putting aside an hour or two to listen to the audio guide and take it all in.

After George’s death, there were a number of other residents including Queen Victoria. Brighton purchased the Royal Pavillion from Queen Victoria and this was when the site becomes a well-loved tourist destination. Around 400,000 people visit the Royal Pavilion annually!

Right next door to the Pavilion is the Brighton Museum and Art Gallery which is filled to the brim with fantastic exhibitions.  My personal favourite being the Egyptian and the newly opened Elaine Evans Archaeology Gallery complete with real human skeletons! There are also temporary exhibitions that are listed on the website. 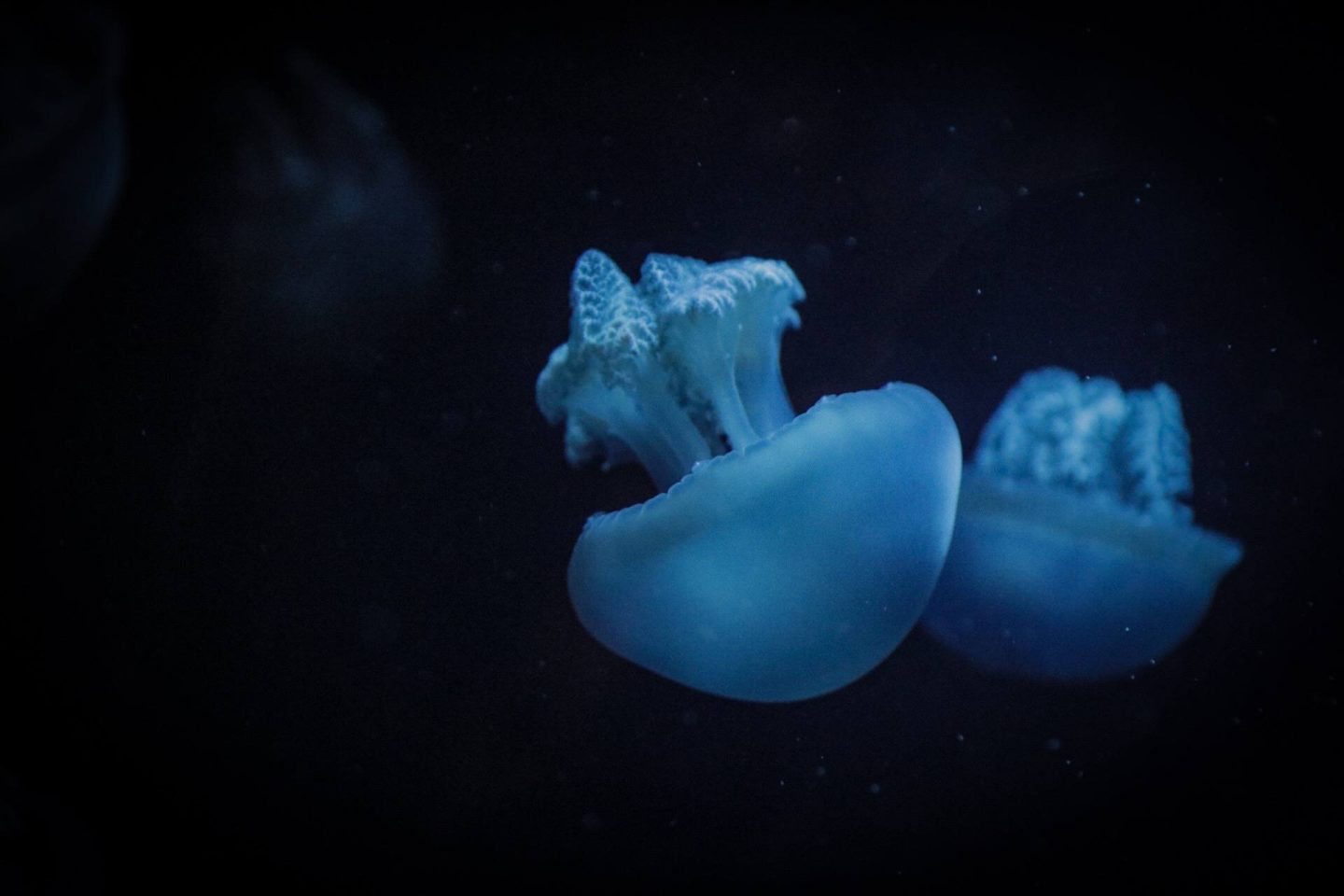 Not a far walk from the Royal Pavilion back towards the beach is the Sea Life Centre. I always enjoy the Sea Life centre as I love to see the work they are doing to conserve all of the species they can.

Since 2012, Merlin have invested over £4 million to ensure the world’s oldest operating aquarium is restored to the highest standard. They are currently doing more restoration works to ensure their inhabitants have the very best tanks they can. 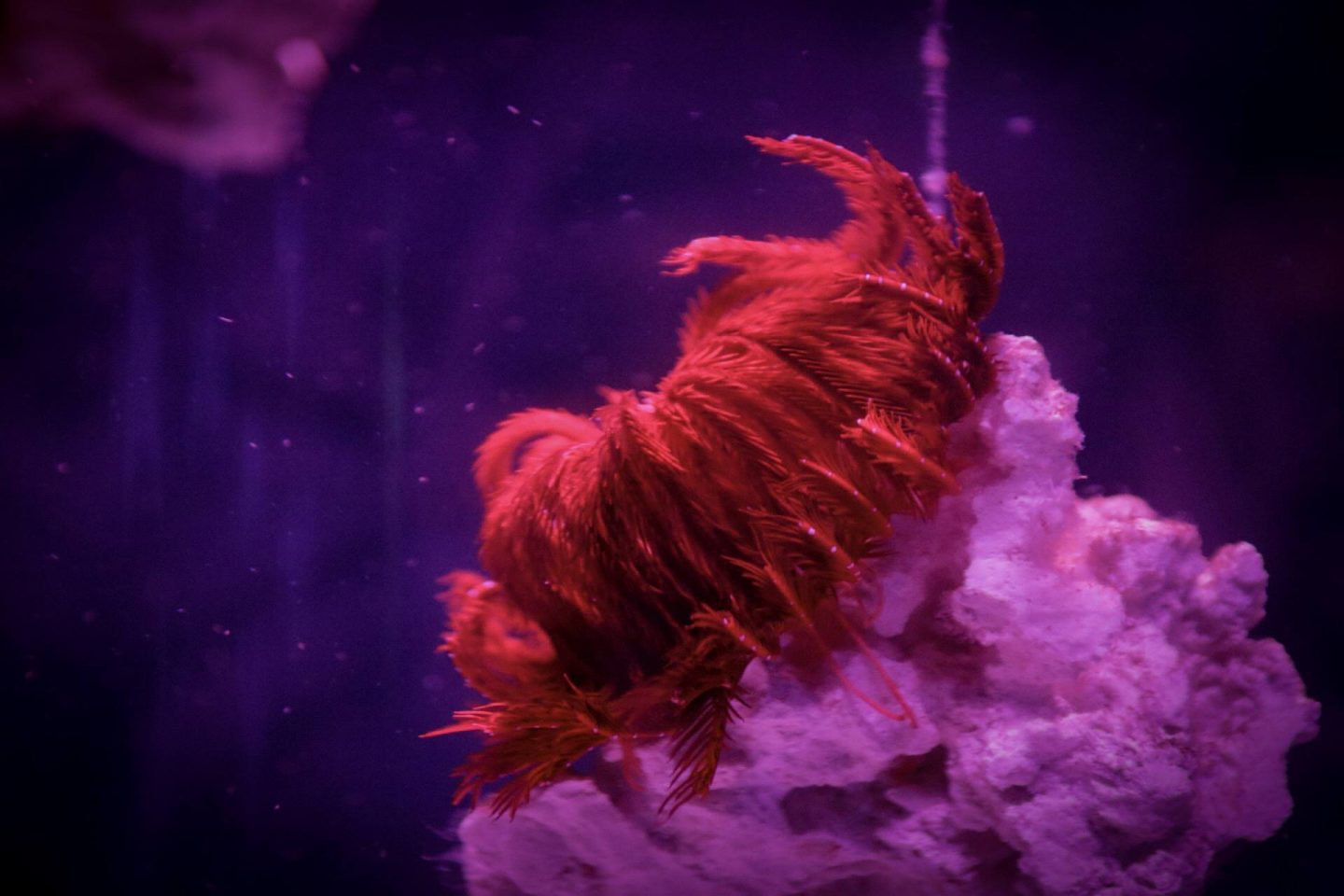 I love the setting of the Sea Life Centre as it’s in these wonderful arches. Those arches are filled with colourful displays and is such an educational experience. I love that it’s so different from other similar attractions that it’s worth dedicating time to! 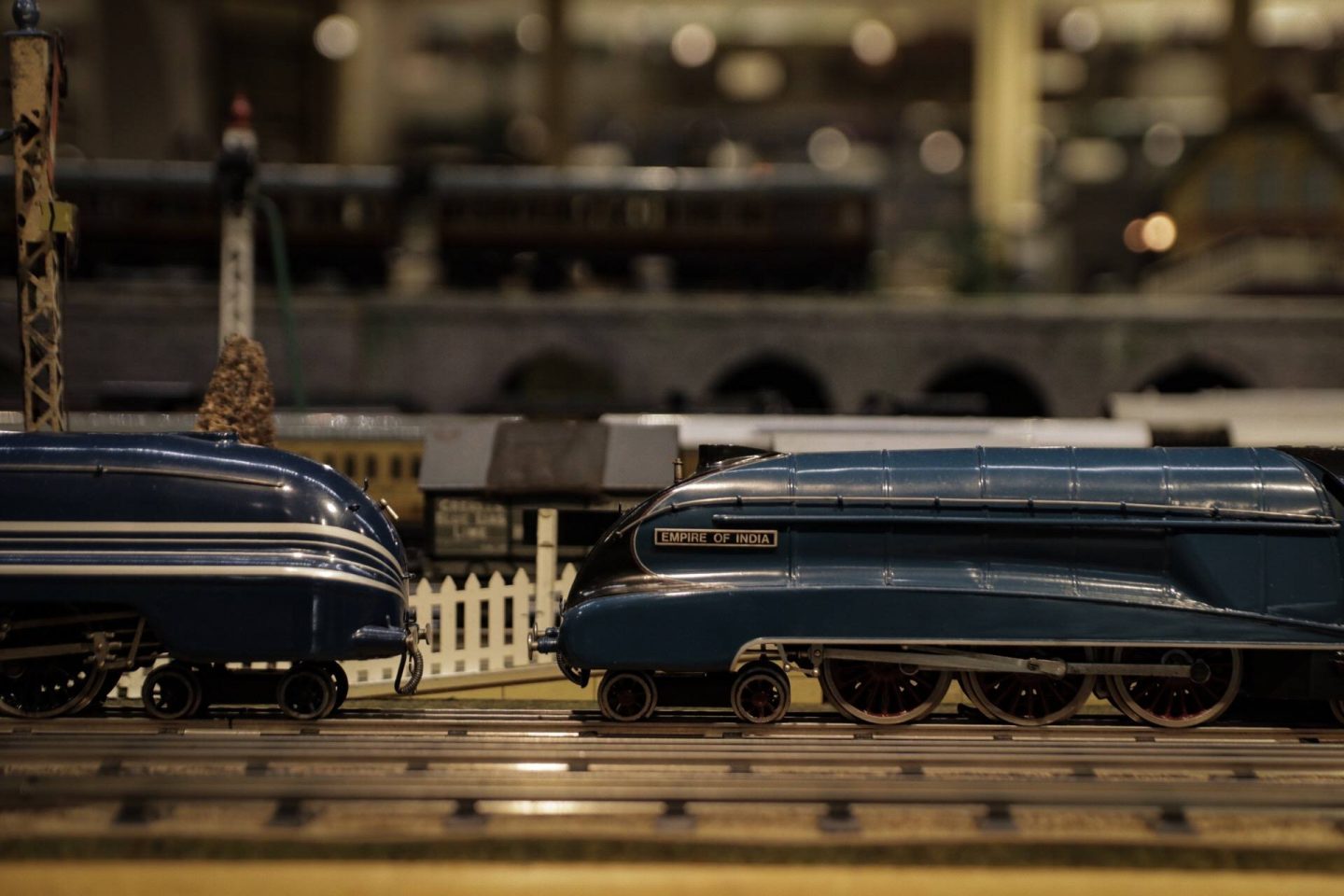 The last stop on my typically touristy, yet fantastically fun whirlwind tour of Brighton is the incredibly wholesome Brighton Toy and Model Museum. Founded back in 1991, the Museum has over a whopping ten thousand toys and models out on display. There are toys on display from the mid 18th century, but most of the exhibits do focus on the first half of the Twentieth Century. This is when the wonderful toy museum curators deem as the golden age of toy making. The museum has done an incredible job collecting priceless toys from Great Britain and Europe and America. 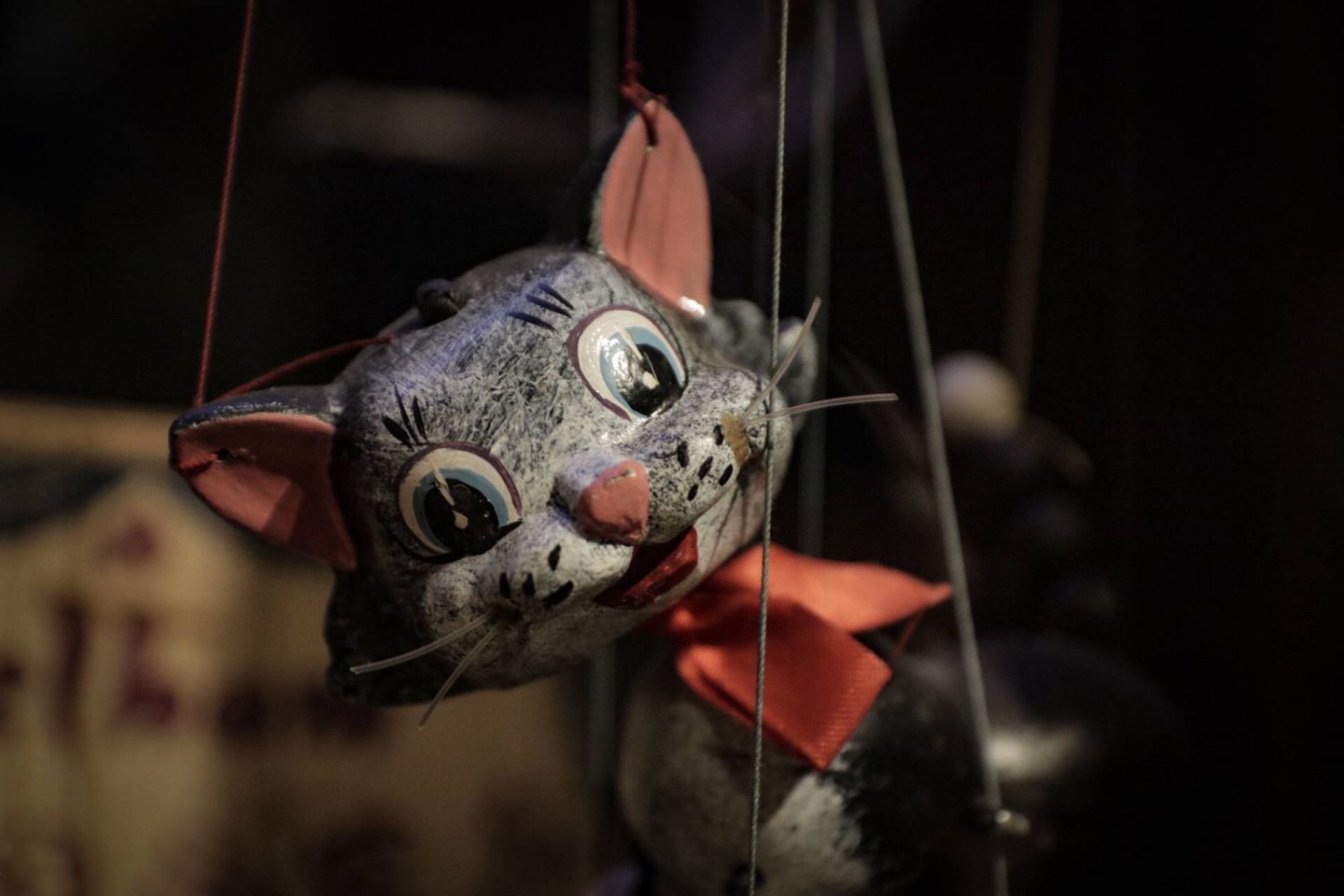 My favourite exhibition was the puppet section! Some of them were super freaky but some of them were as cute as this little guy above! I also loved seeing the incredible train collections as I’m a sucker for a good old fashioned steam train! The service there was so personable and I loved the nostalgia I experienced on my stroll around the museum!

Have you been to any of these great attractions? 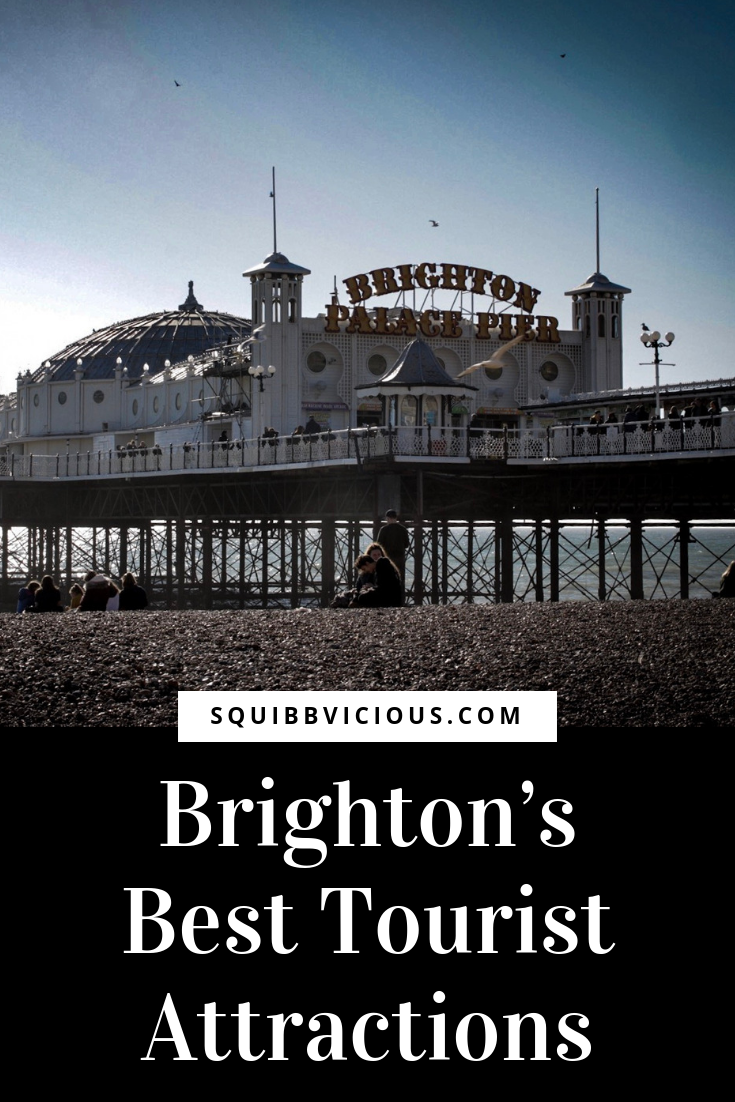