Preview Night at [title of show], Above the Stag Theatre

I was very kindly invited to the Preview Night of [title of show] at Above the Stag Theatre in return for a review. However, as always, all opinions are entirely my own.

Above The Stag Theatre is the only full-time professional LGBT+ theatre in the UK and you can find it under the arches of Vauxhall Station.  Above The Stag Theatre was founded in 2008 by Peter Bull who managed to claim the space above The Stag, a well known gay pub in Victoria, which has since been closed for redevelopments in the area. In 2013, they were lucky enough to find a new home and they opened the doors to their Vauxhall home showcasing the adult pantomime Jack Off the Beanstalk. As they are also a registered charity, they also host exhibitions, rehearsed readings and other events through their annual programme which offer new writers, photographers and other forms of artists a platform to present their work which I think is darn nice of them! 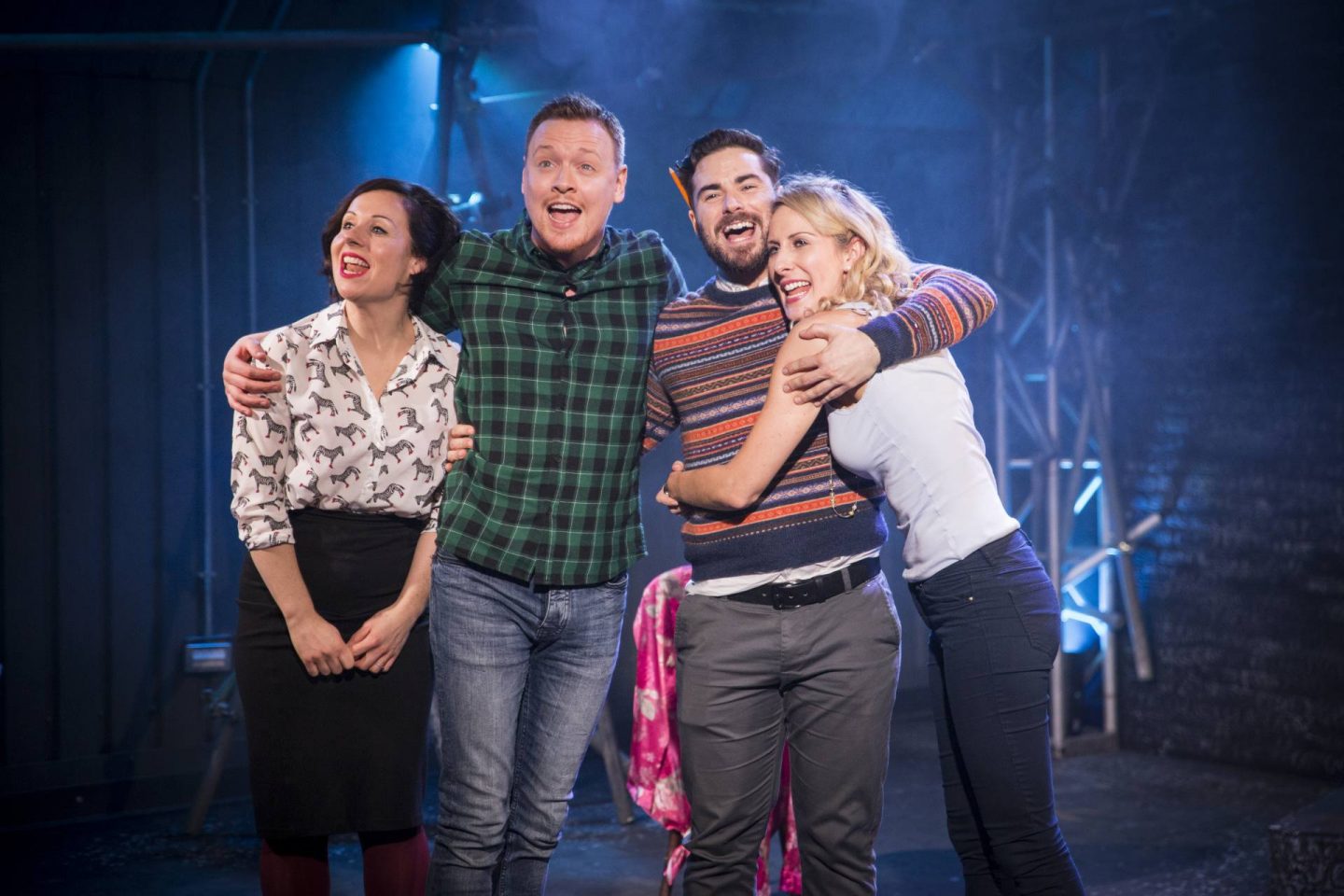 Jeff and Hunter have a dream – and that dream is for their work to be selected for the upcoming New York Musical Theatre Festival. However, the submissions deadline is only three weeks away, and our heroes don’t actually have a musical to perform. So, they recruit some friends and pull off the impossible when their show is selected for the festival. But that’s when the egos start to clash, and everything begins to unravel… 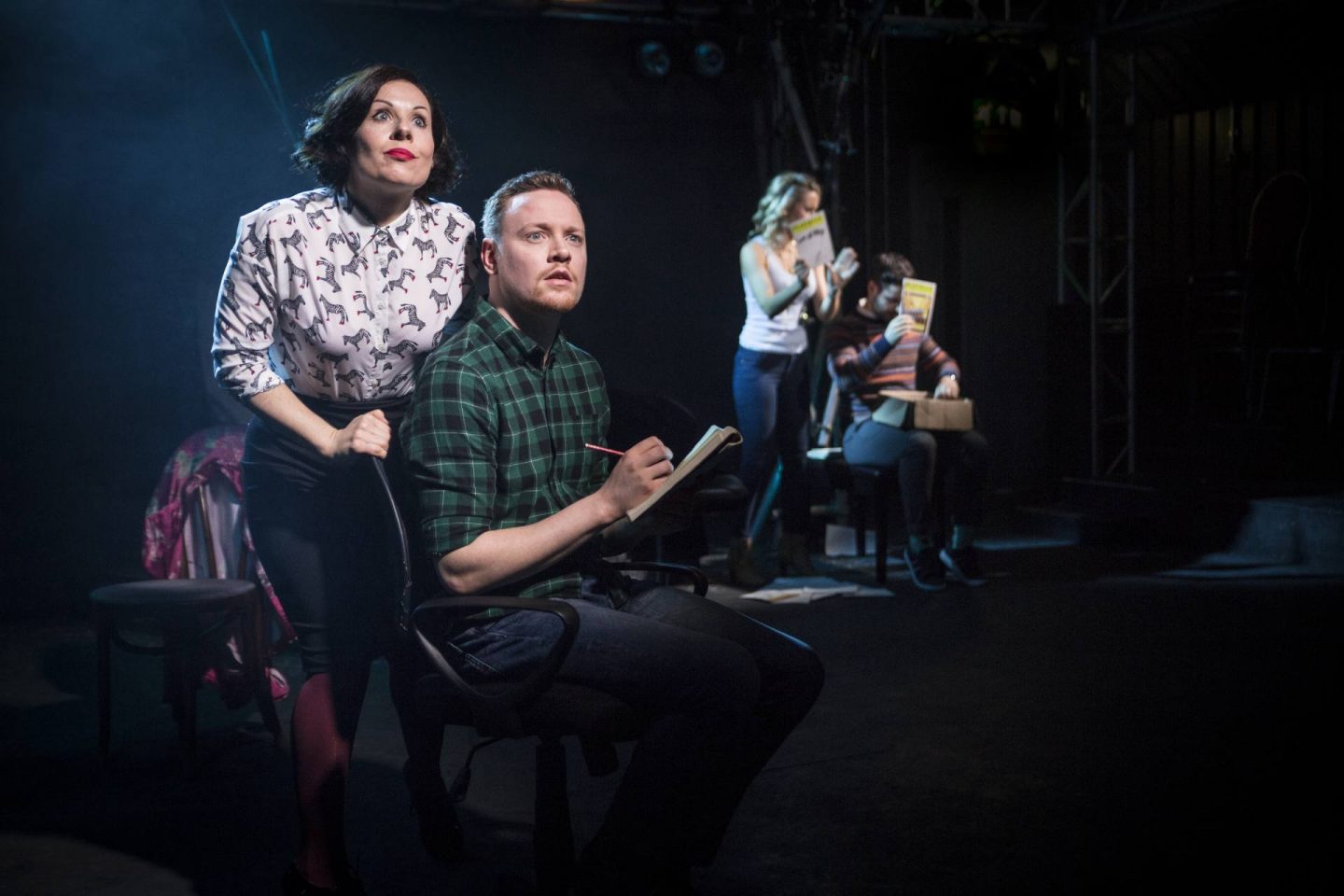 I’m not the hugest fan of musicals, but this really did have me giggling and tapping my feet along to the beat. I mean, I say I’m not a huge fan of musicals but I do always end up really enjoying them! I loved all of the references to other musicals and always felt a little pang of pride when I knew where they were from as I didn’t think I was that well versed in musical theatre.

The whole concept of the play was great and I enjoyed how the cast members would snap in and out of the play they were creating but would still be in the play that we were watching; it was a bit like theatre inception! With there only being four actors within the show (well five if you count sassy keyboard player, Larry) it really amazed me at just how well they kept my attention with just how engaging they were. They had so many songs and so many lines to learn as they rarely left the stage that they truly deserved the huge round of applause they got at the end of the show.

I really enjoyed how intimate the theatre was with only three rows of auditorium seats and I’d love to return to see other shows there as it was far more enjoyable than a huge theatre. 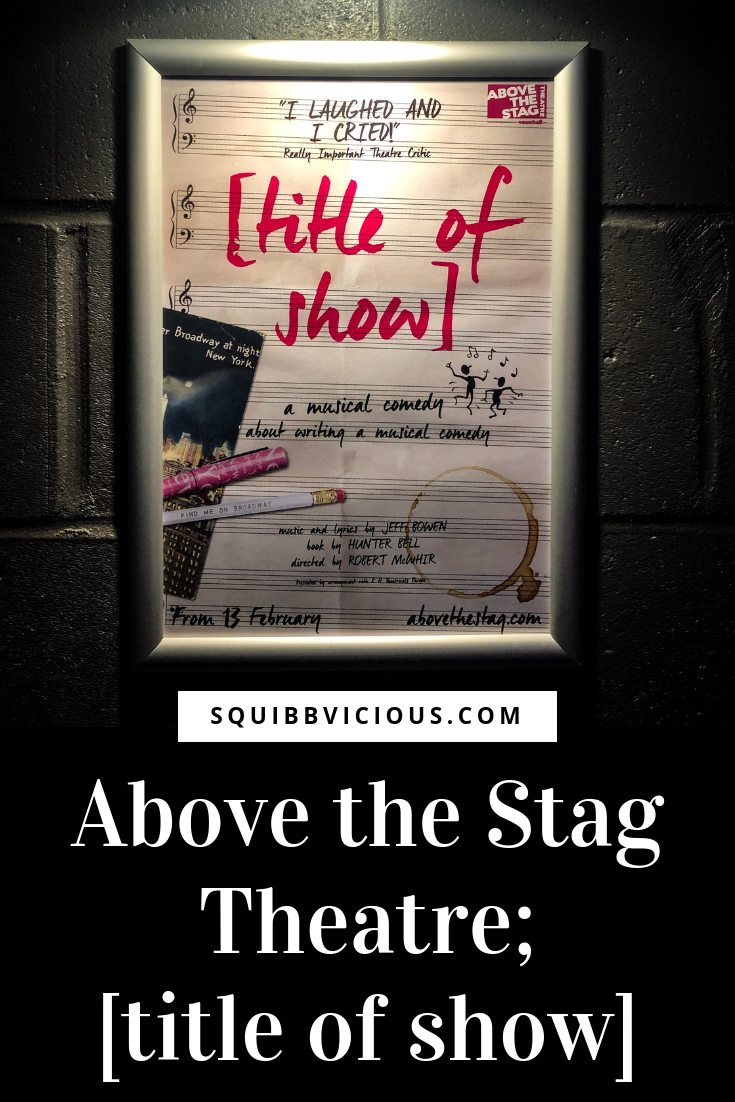