All Aboard The Murdér Express from Pedley Street Station, London

I was very kindly invited to ride The Murdér Express in return for a review through Love Pop Ups London.  However, as always, all opinions are entirely my own.

Wandering down Pedley Street, Bethnal Green, I am suddenly transported back to the early 20th century, when travelling by train for pleasure was still a new idea and quite a luxury. Taking a step into Pedley Street Station, that only opened in May 2018, I was warmly welcomed, handed my ticket and as I waited to board, I was rather excited to be one of the first passengers to experience ‘The Murdér Express’ as it makes a historic journey from London to Murdér in France.

Whilst waiting on the platform I was able to wet my whistle with a beer from the Seven Sins platform bar. There were a few suspicious characters lurking around and causing scenes. 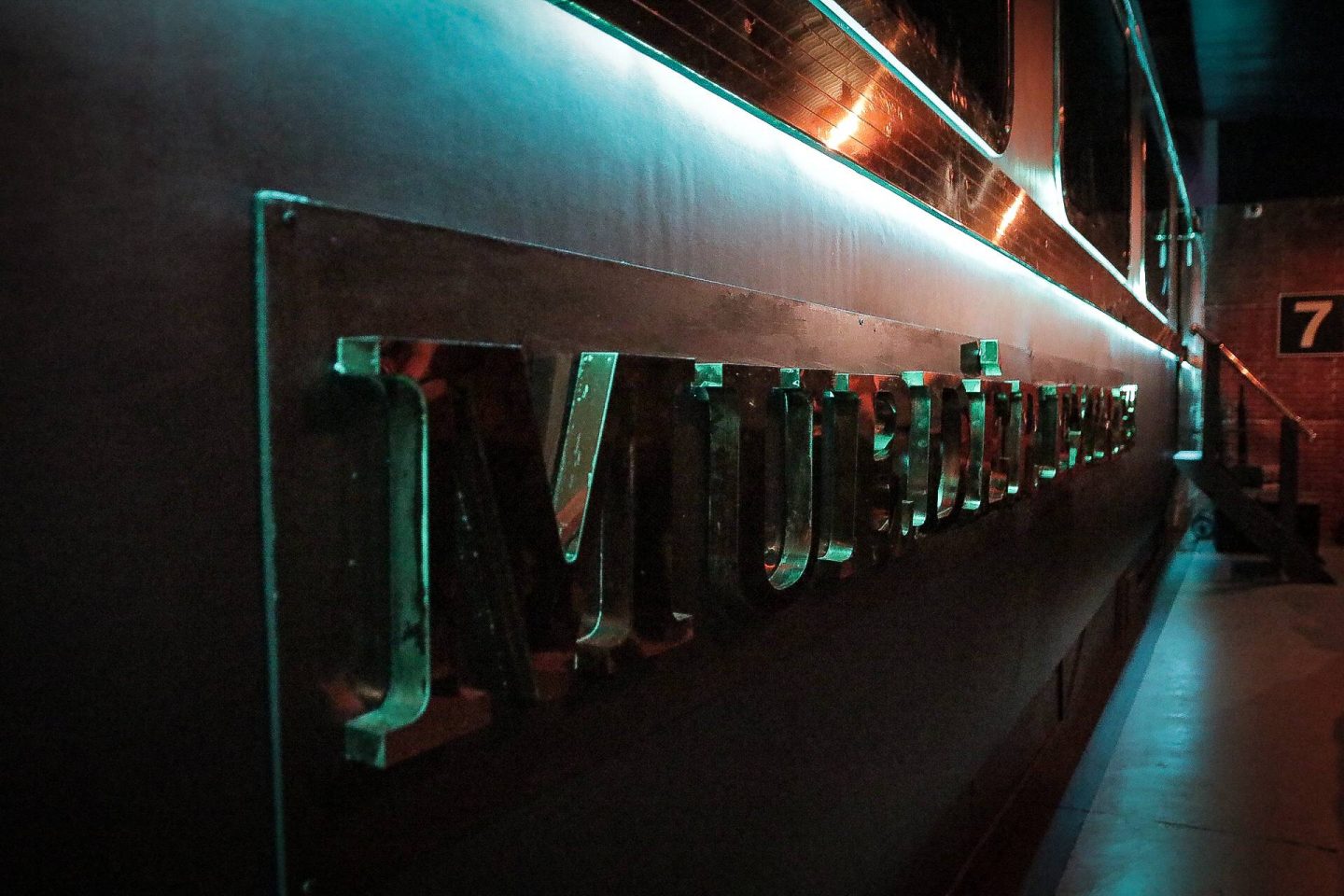 Once the train had arrived, our tickets were checked and we were boarded. The train was rather luxurious; large windows to watch the world go by, leather benches for the only the most distinguished of guests and pretty little Art Deco table lamps.

We were also glad to hear the there had never been a murder on The Murdér Express as we had heard a few rumours. 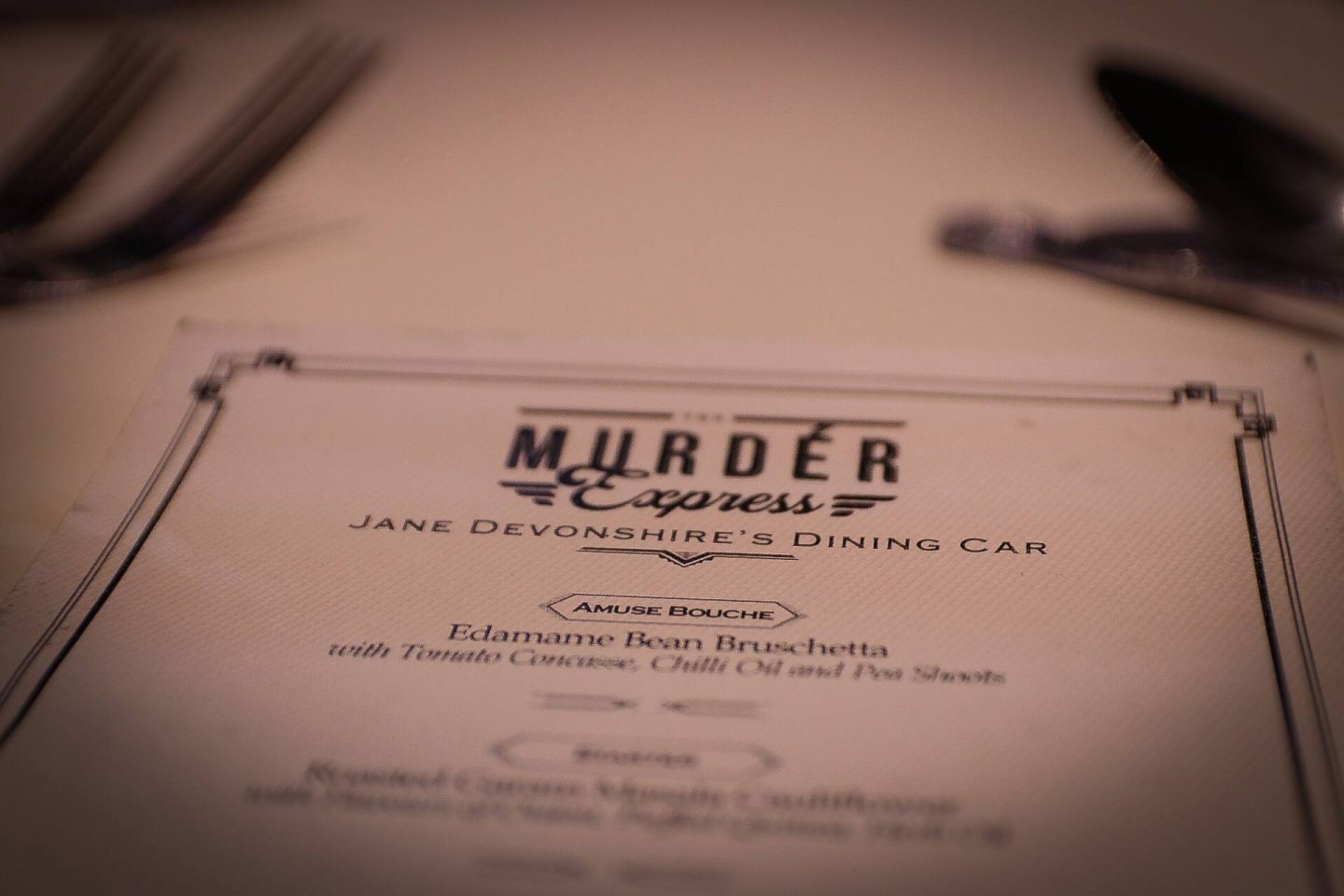 Our menu for the evening was a four-course cracker from Jane Devonshire, 2016’s Masterchef winner.

I’d opted for the veggie menu as I was quite intrigued by the main course. All of the other three courses were meat-free which made quite a lovely change for a set menu! 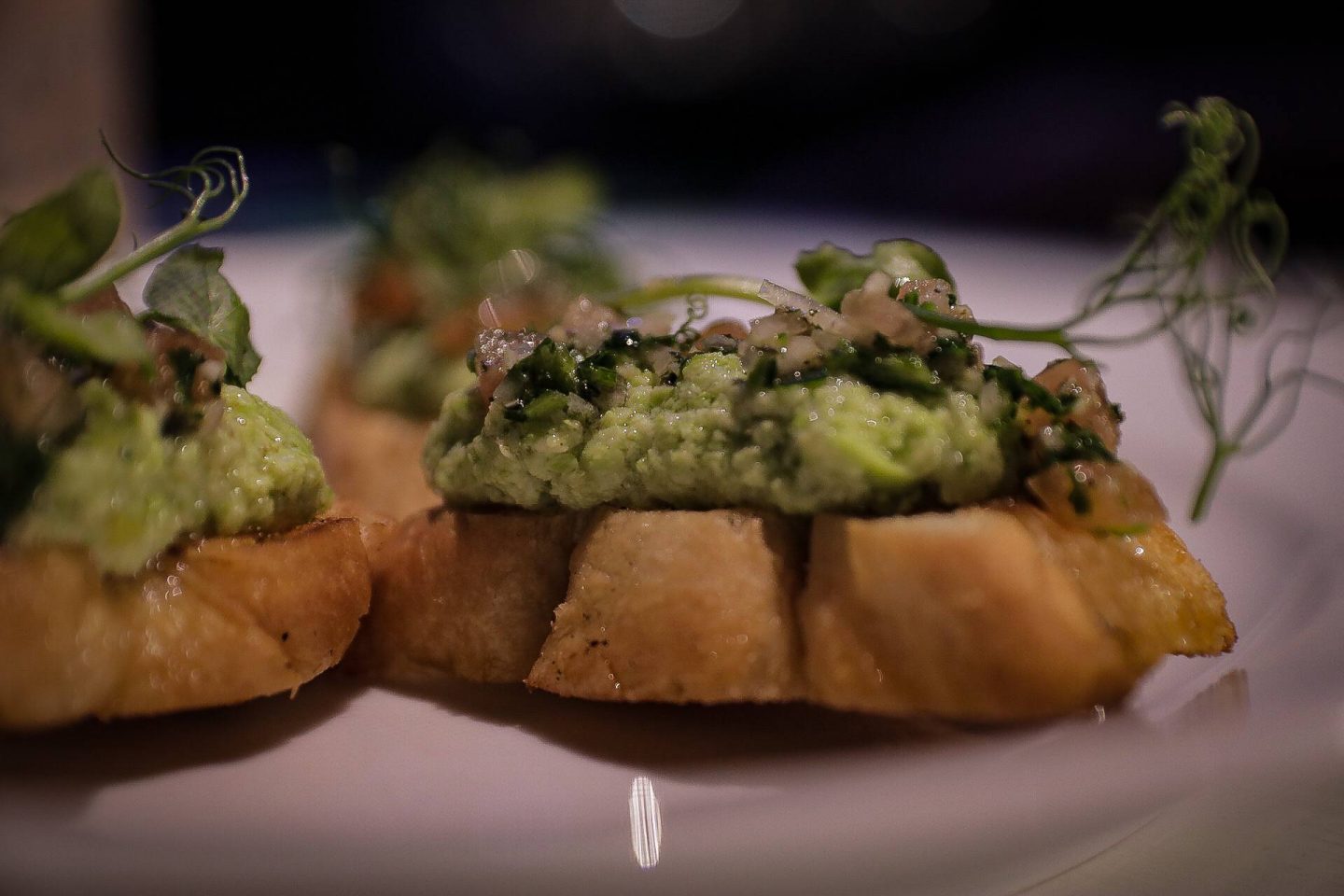 Our Amuse Bouche was an Edamame Bean Bruschetta with Tomato Concasse, Chilli Oil and Pea Shoots that was so tasty. I wasn’t sure how the Edamame Beans would work as a Bruschetta topping but they has a guacamole style texture which worked really well with the chilli oil and Tomato Concasse. 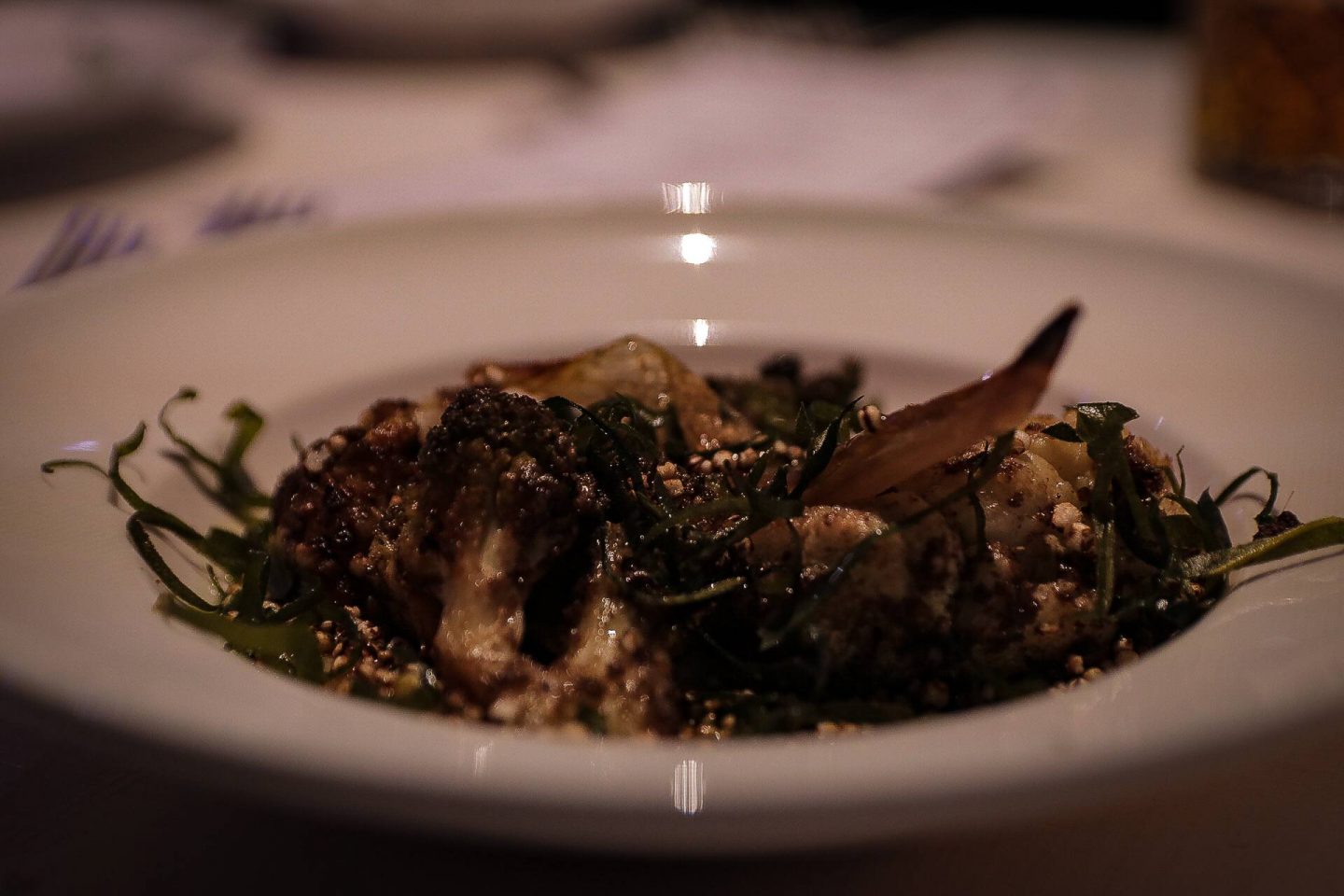 The starter was probably the highlight of the meal for me. The Roasted Garam Masala Cauliflower with flavours of Onion, Puffed Quinoa and Herb Oil was like nothing I’d ever eaten before as it was so flavoursome and shockingly filling! 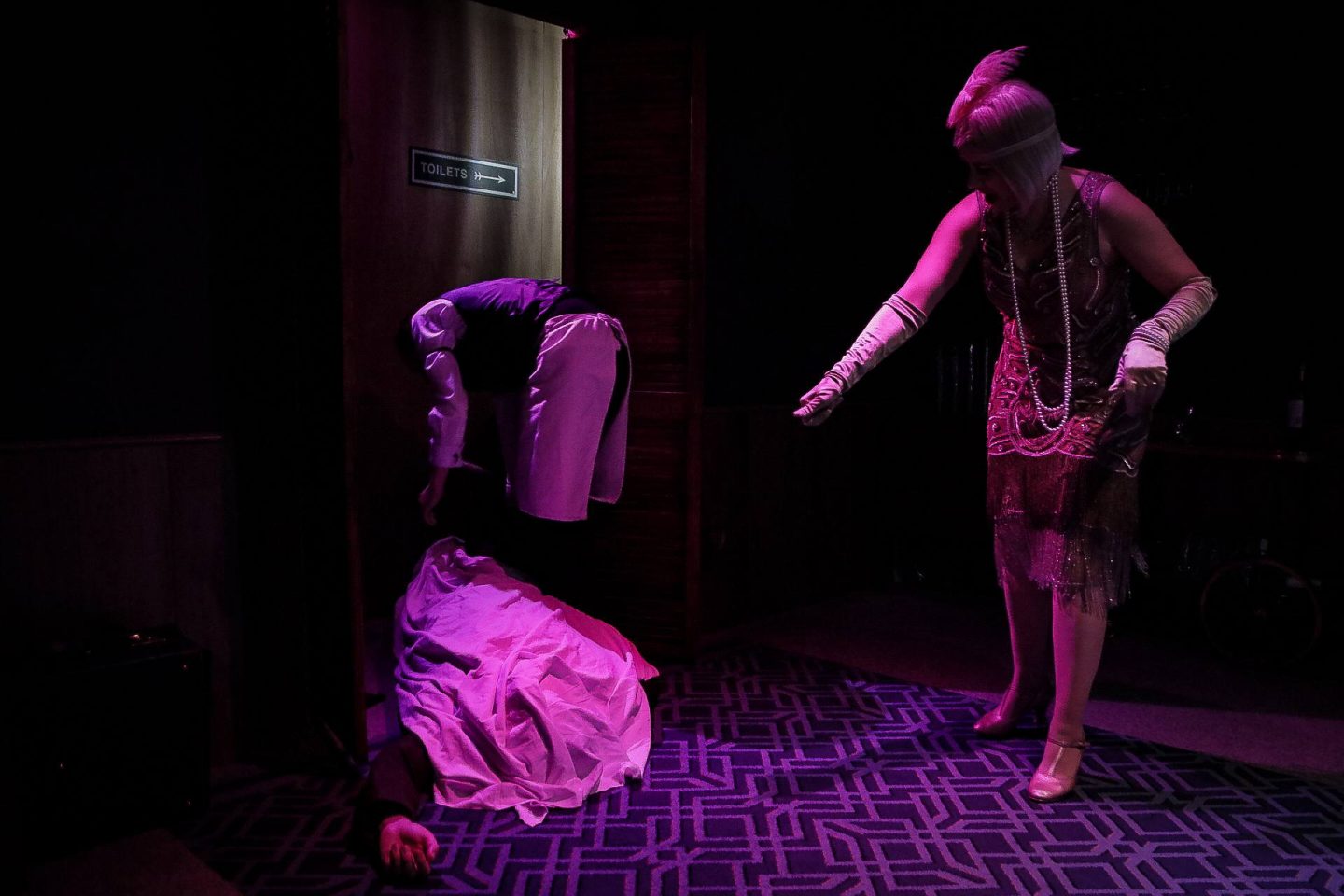 Ah yes, there may have been a very slight incident whilst we had started to dine. But I’m sure the less said about that, the better right? I don’t want to put anyone off visiting. It’s not like someone had died during the starter…

The, erm, incident was dealt with swiftly and hardly anyone noticed. 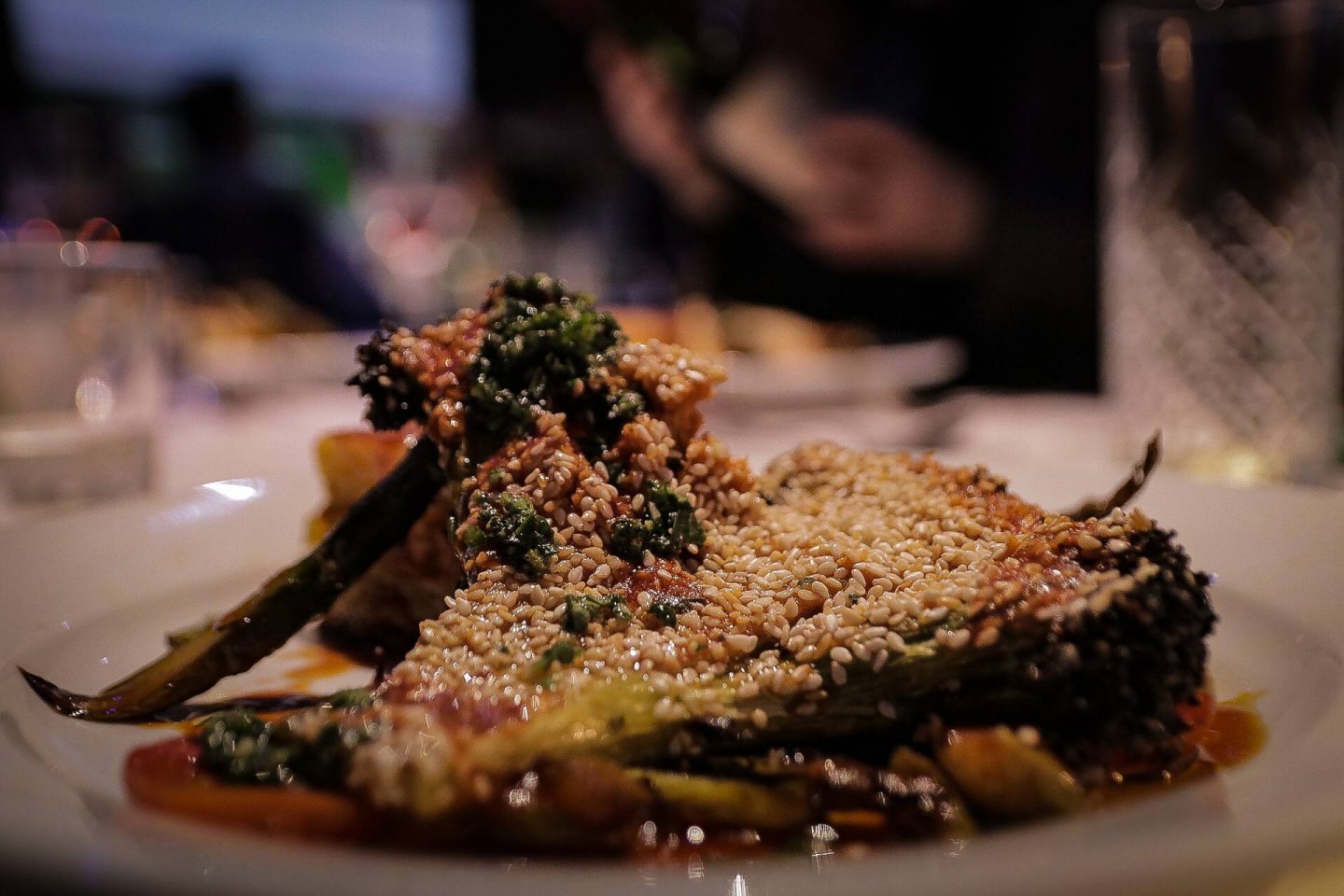 This was the course that had me ordering the veggie menu as I’m not a big fan of lamb which was the meaty option and I wondered how this dish would be executed. Made up from a Layered Potato Cake with Harissa flavours with Broccoli Steak, Tahini and Chilli served with Courgette, Asparagus and Roasted Tomatoes, I was rather impressed at what I dined on. Spicy, wholesome and something I’d certainly eat again. 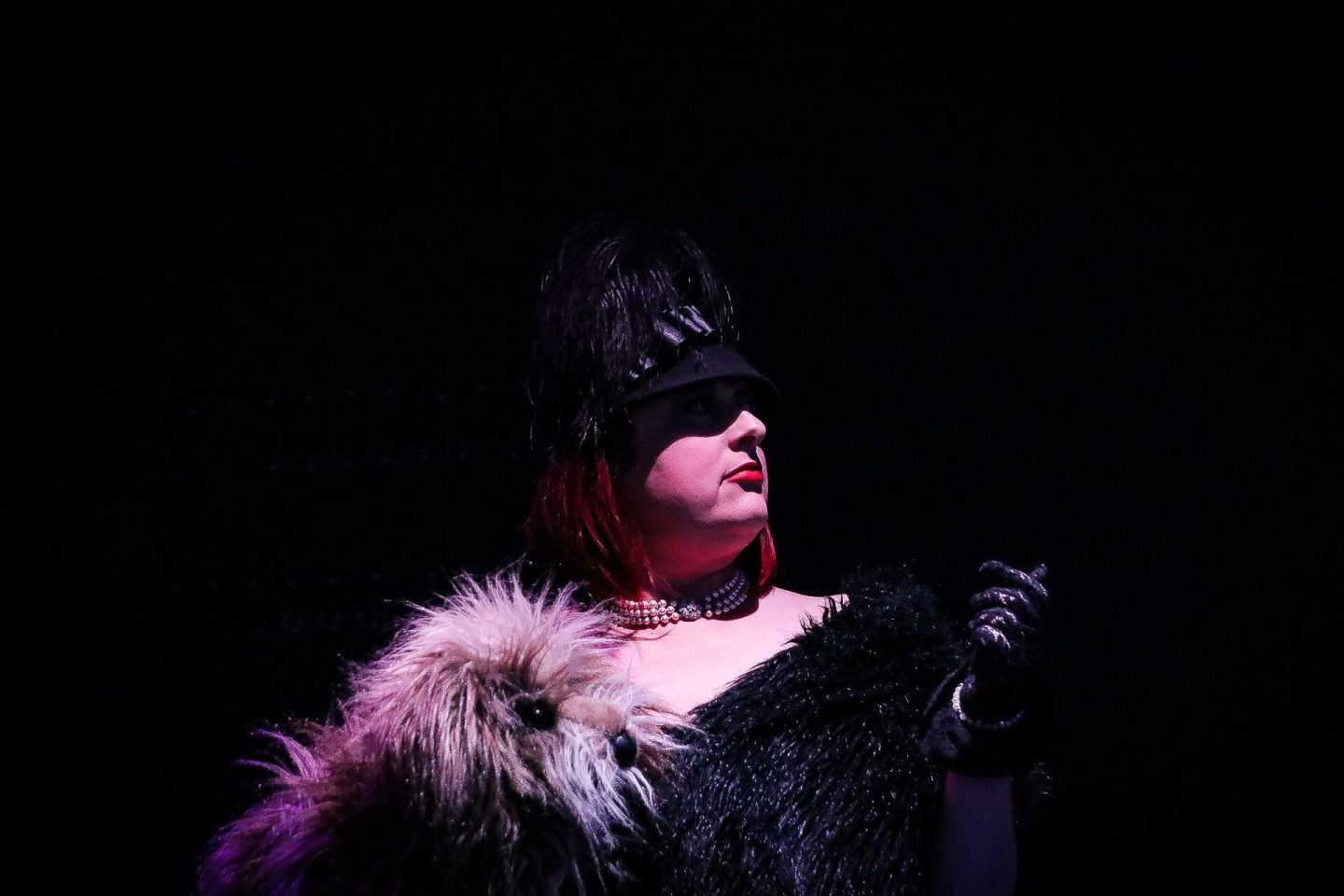 So it seems the slight incident was a little more serious than I had first hoped and we had to hold someone accountable for it. We certainly didn’t want a murderer onboard whilst we finished our journey. It made the luxurious train journey feel a little off colour but again, it was dealt with swiftly and we could finish eating. 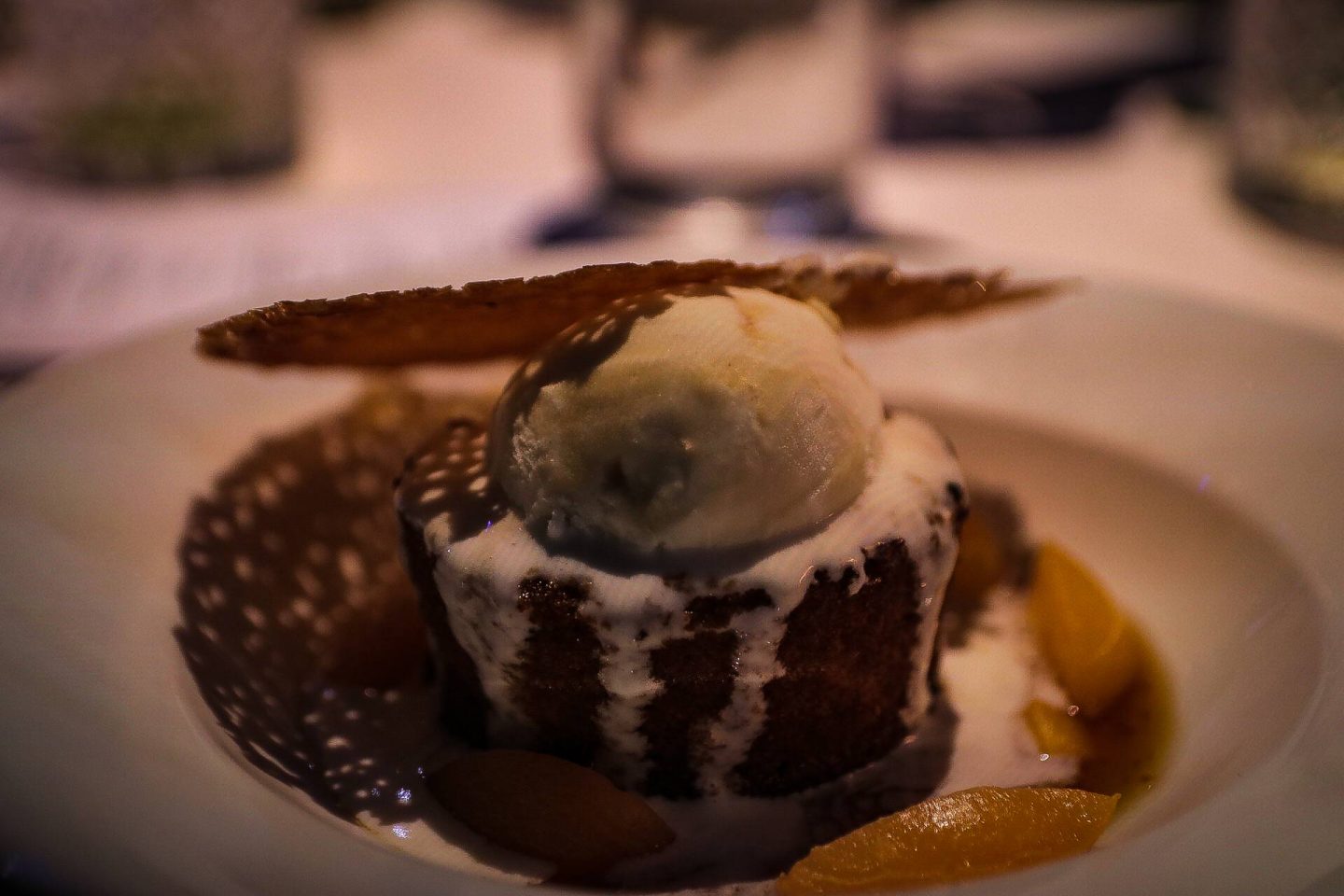 The Apricot and Ginger Polenta Cake with Brand Snap served with Apricot and Ginger Ice Cream and Apricot Brandy Syrup that was served for dinner was really enjoyable. Being someone that would never have ordered that flavour combo, I was pleasantly impressed.

As we arrived at our destination, we were let loose into the night.

I really enjoyed this experience, but I do feel it was a little rushed in places. Had the acting occurred whilst we were eating there could have been a far fuller storyline which I feel would have helped. I also feel for the price of the tickets that a welcome drink or a drink with dinner should be included.

None the less, it was a really fun way to spend an evening!

Getting Festive with Turtle Bay, Brixton *