I was very kindly invited to dine at Vivi in return for a review through Love Pop Ups London.  However, as always, all opinions are entirely my own.

When I worked on Tottenham Court Road there was so much regeneration going on in the area that it felt hard to keep up with that was actually opening and what was planning to open. Now I’ve moved away, whenever I return it’s far easier to spot what’s new and what I really need to be checking out; Vivi Bar and Restaurant was one of those I just had to get myself to. 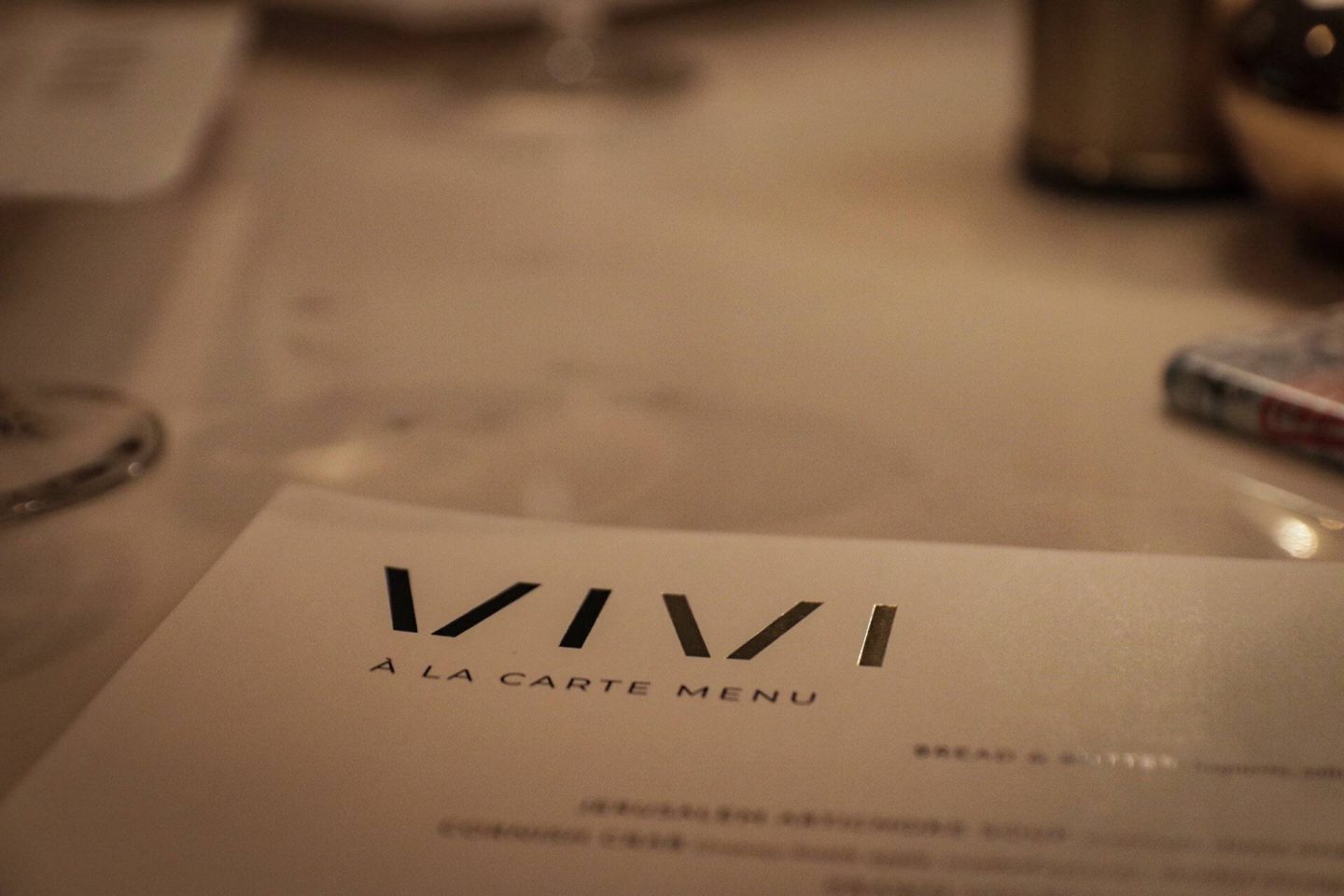 Offering decor to die for, the politest staff on the block and boasting a menu of fine traditional British food, you know it’s right up my street. And talking of streets, it is literally next door to Tottenham Court Road Station so I didn’t have to walk far as the wind was whipping hard the day I had chosen to visit. 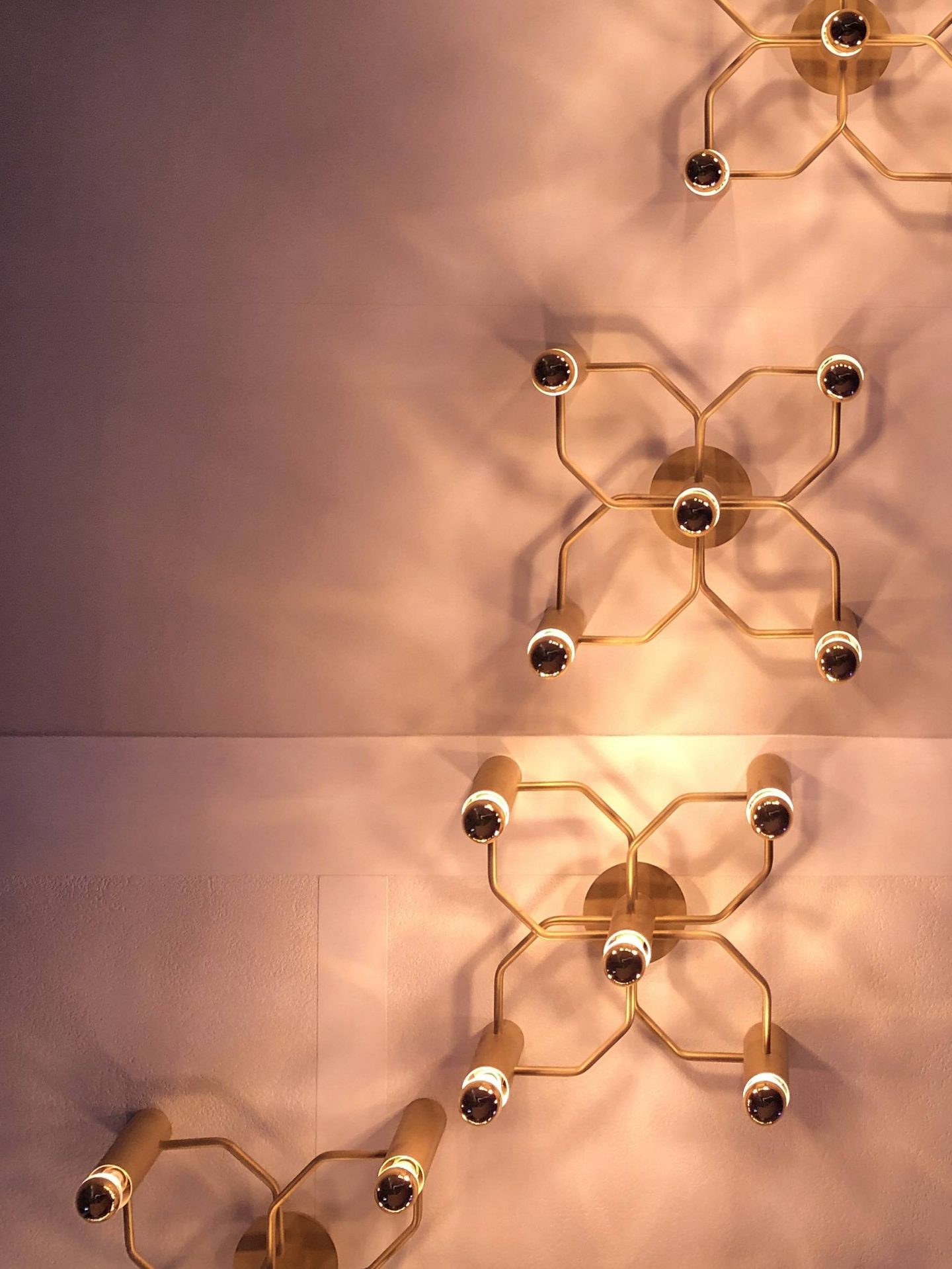 Vivi’s is open for early morning breakfasts, lunch and afternoon tea, as well as being the perfect venue for pre-theatre meals and evening dining. It really is in the heart of all of the hustle and bustle of London.

I’m tempted by the brunch menu so I shall be suggesting a return to my girl gang as there are two hours of bottomless bubbles which gives us plenty of time for a catch-up. 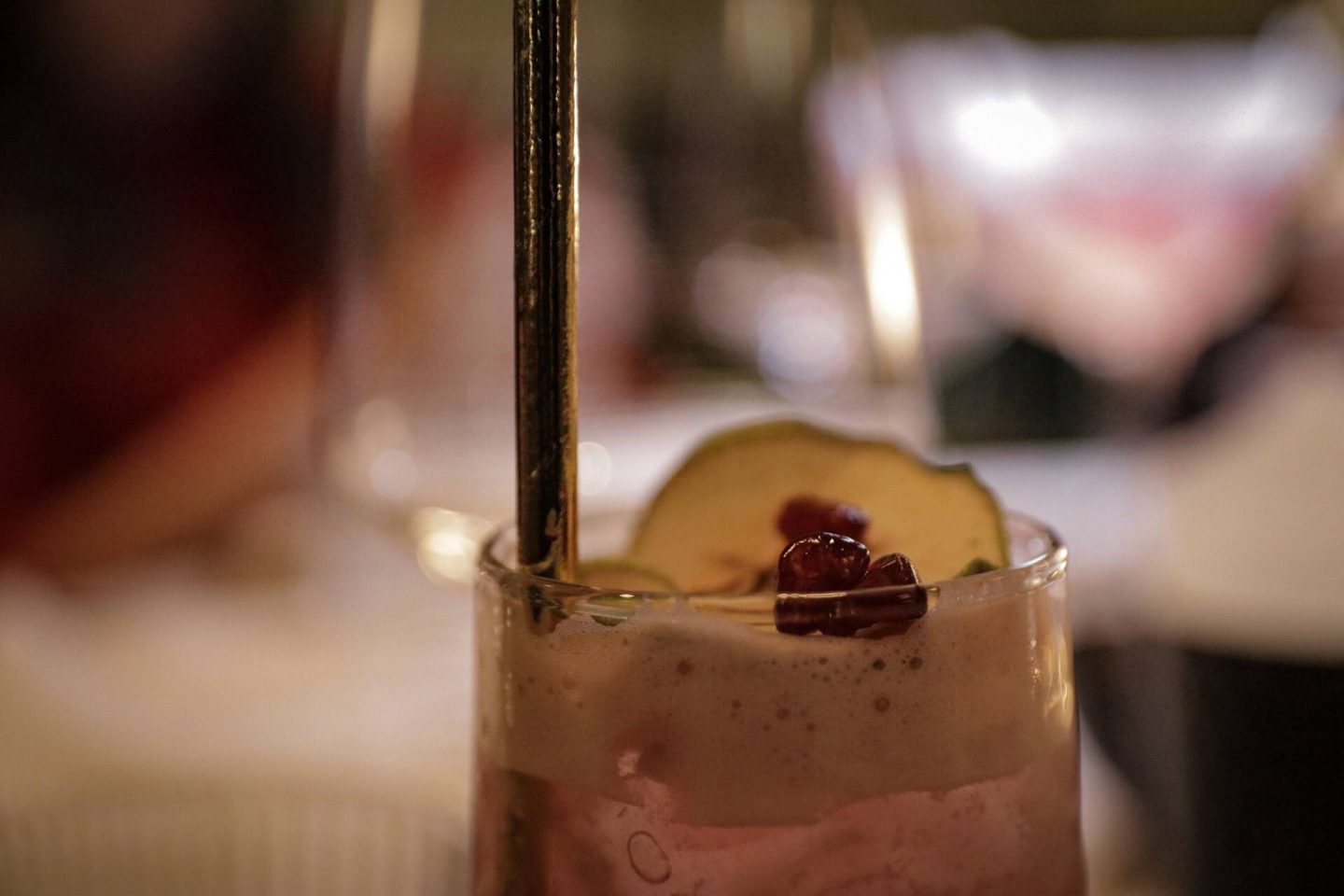 As I had been out drinking quite frequently lately I decided to give my poor liver a night off and have a mocktail or two as they all sounded so good. I went for two of the Pomegranate and Cranberry fizz drinks made from Cranberry juice, pomegranate, lime, sugar and soda water which really didn’t need any alcohol as it was so fruity, like summer in a cup! 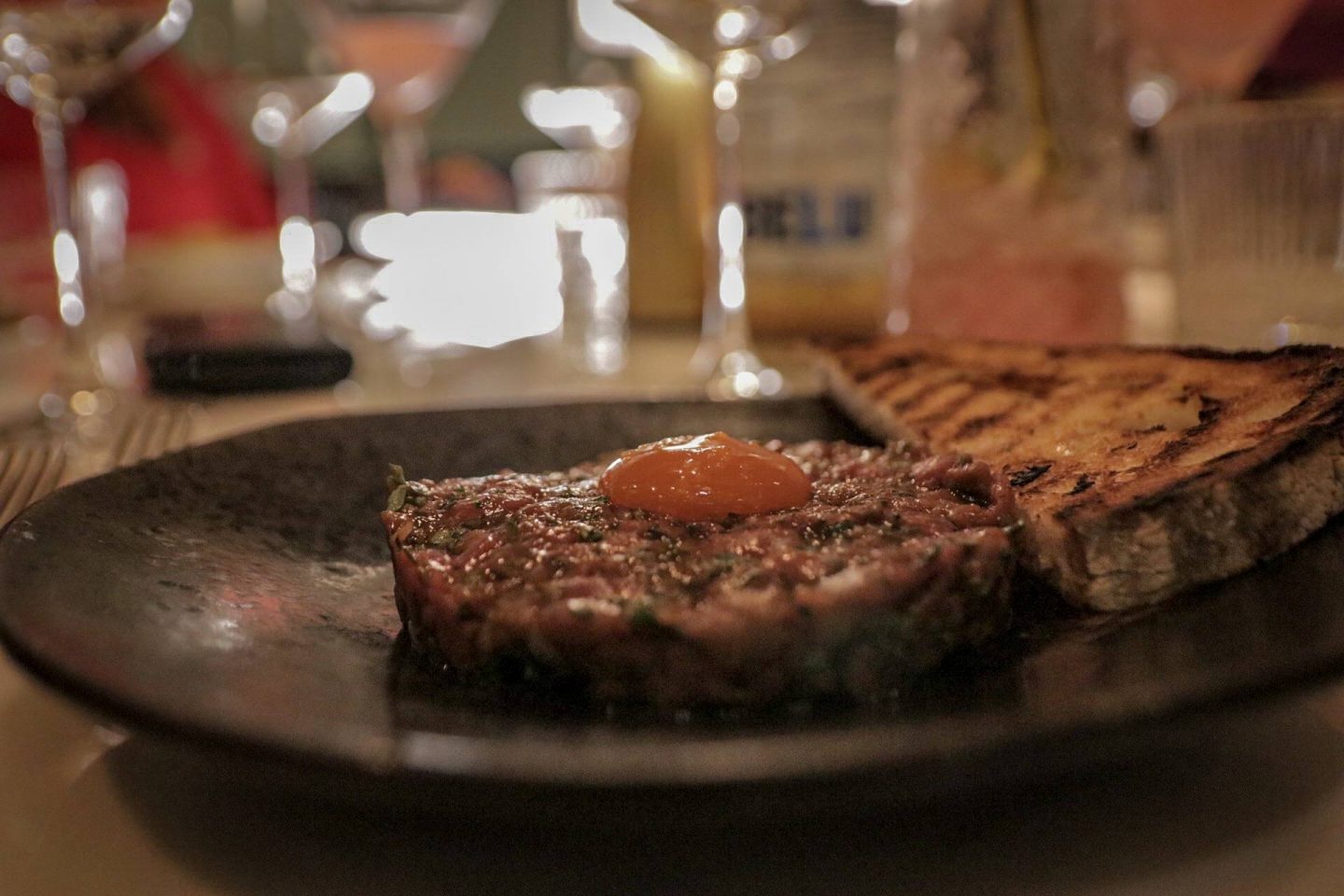 After having beef tartare the night before I did feel a little guilty for ordering it twice in a row but after our lovely waitress telling how good it was I felt I needed to. The steak tartare was served with grilled sourdough for scooping and the egg on top wasn’t just a yolk; it was cooked for four hours and was more like a puree! It was pretty darn tasty. 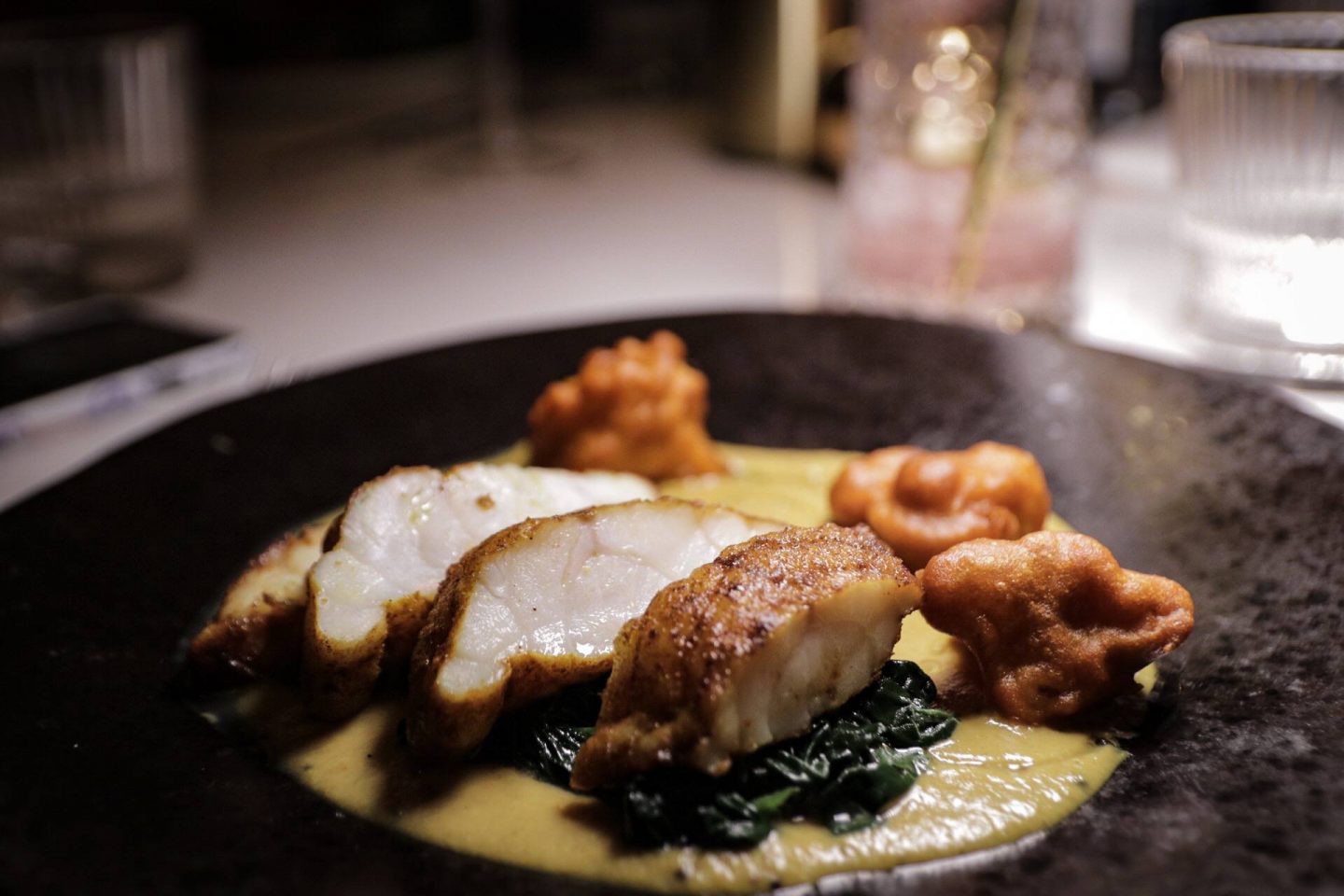 After having such a meaty starter and not fancying any of the veggie options on the menu, I ordered the Madra Roasted Monkfish that was served on a bed of spinach with three little cauliflower bhajis on the side.

I do love having fish with a curry style sauce as it just goes so well. With how heavy monkfish can be I didn’t feel the need to order a side as this meal was more than substantial. 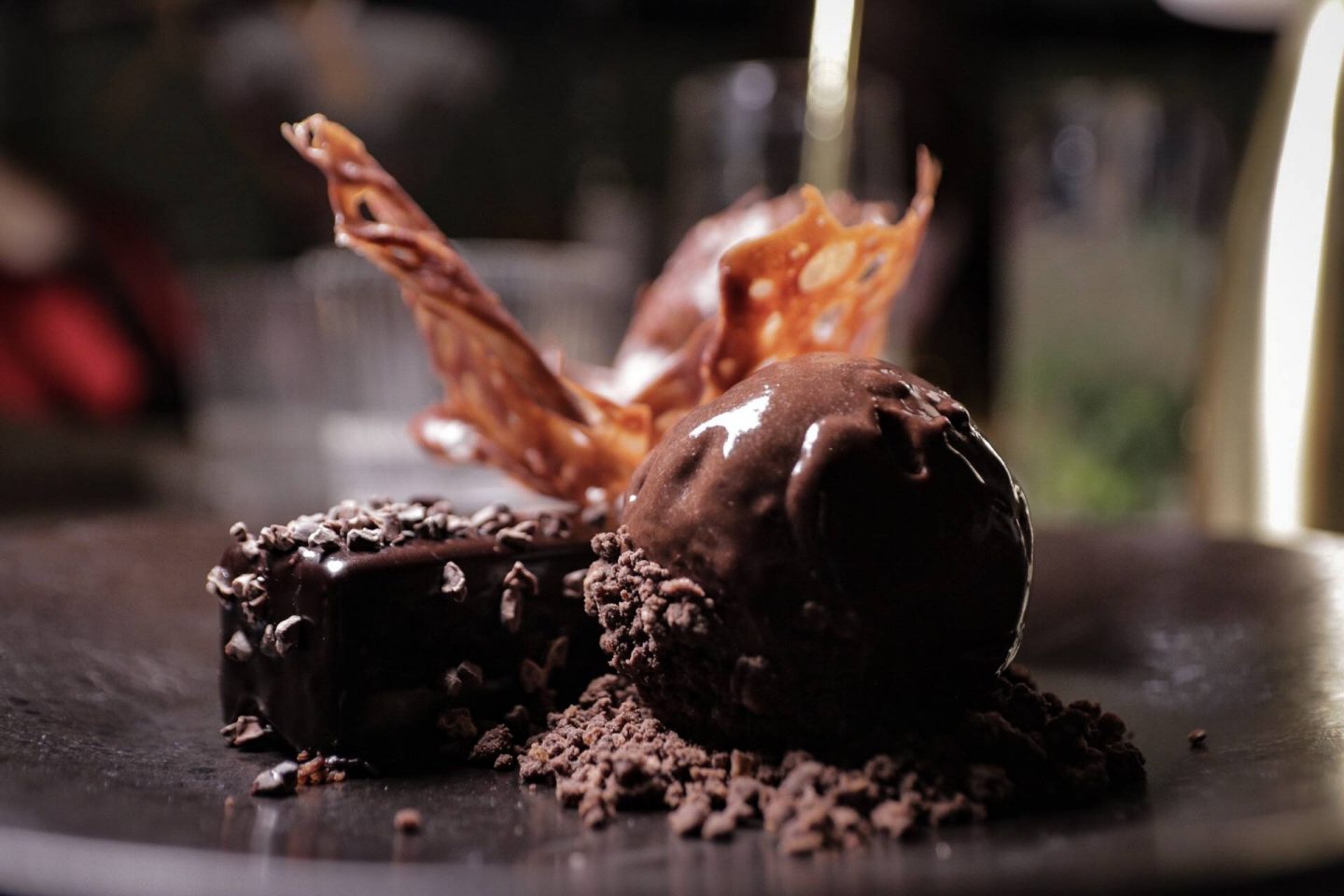 Despite being happily full, I just had to order the Millionaire’s Chocolate Bar complete with a tuile topping and a scoop of chocolate sorbet. This was a little too rich for me but all of the flavours were great. I think a scoop of vanilla ice cream would have been more to my tastes.

We had fantastic service, wonderful food and even quirkier decor which made for a great night. The posters in the girls loos were also a highlight! I’d certainly recommend Vivi as somewhere for a special occasion, a drink with friends or a bottomless brunch.

Spending Time With Friends & Family Is…

Share:
PREVIOUS POST
"Stefano Camplone’s Supper Club with Edit Pop Up, London"
NEXT POST
"How has Dating Changed over the Past Few Years?"
0 comments so far.