I was very kindly invited to Edit Pop Up in return for a review through Love Pop Ups London.  However, as always, all opinions are entirely my own.

I’ve spoken a fair bit about supper clubs recently as I’ve really gotten into them. It’s such a great way to find new chefs, meet like-minded people around the dinner table and do something a little different when it comes to eating out. I’ve done a supper club in a well know London landmark, a supper club in a chef’s flat and even a supper club on a disused London tube carriage. And now I can say I’ve been to one in a quaint little shop in Shoreditch called Farm Shop. 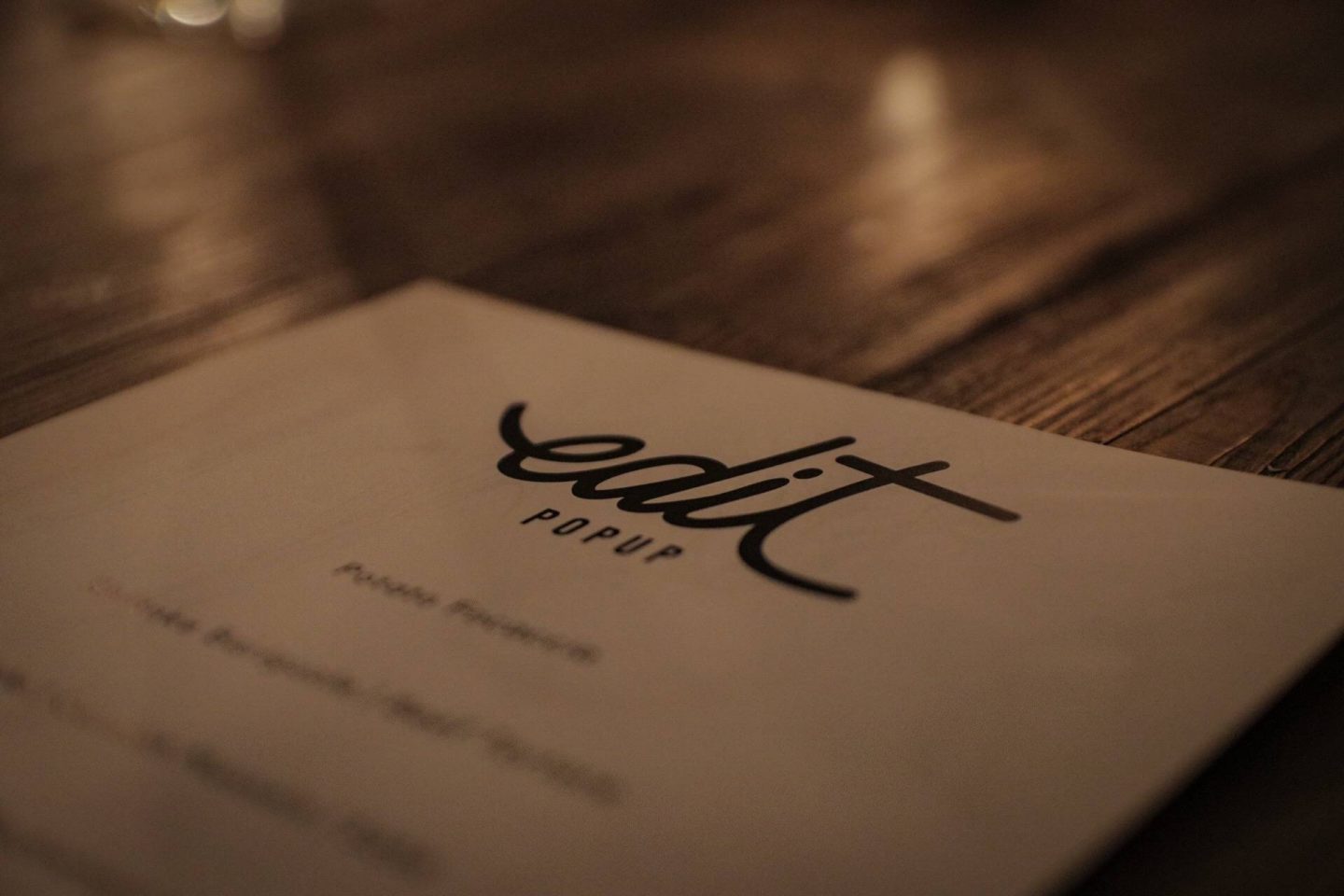 Young chef Stefano Camplone hosted his first every Edit pop up back on the 11th March and I was lucky enough to have been invited along to try it all out.

Stefano was focused on bringing to us a special supper in celebration of the forthcoming spring season. He also set his menu around low wastage which I shall talk more about further down the page. 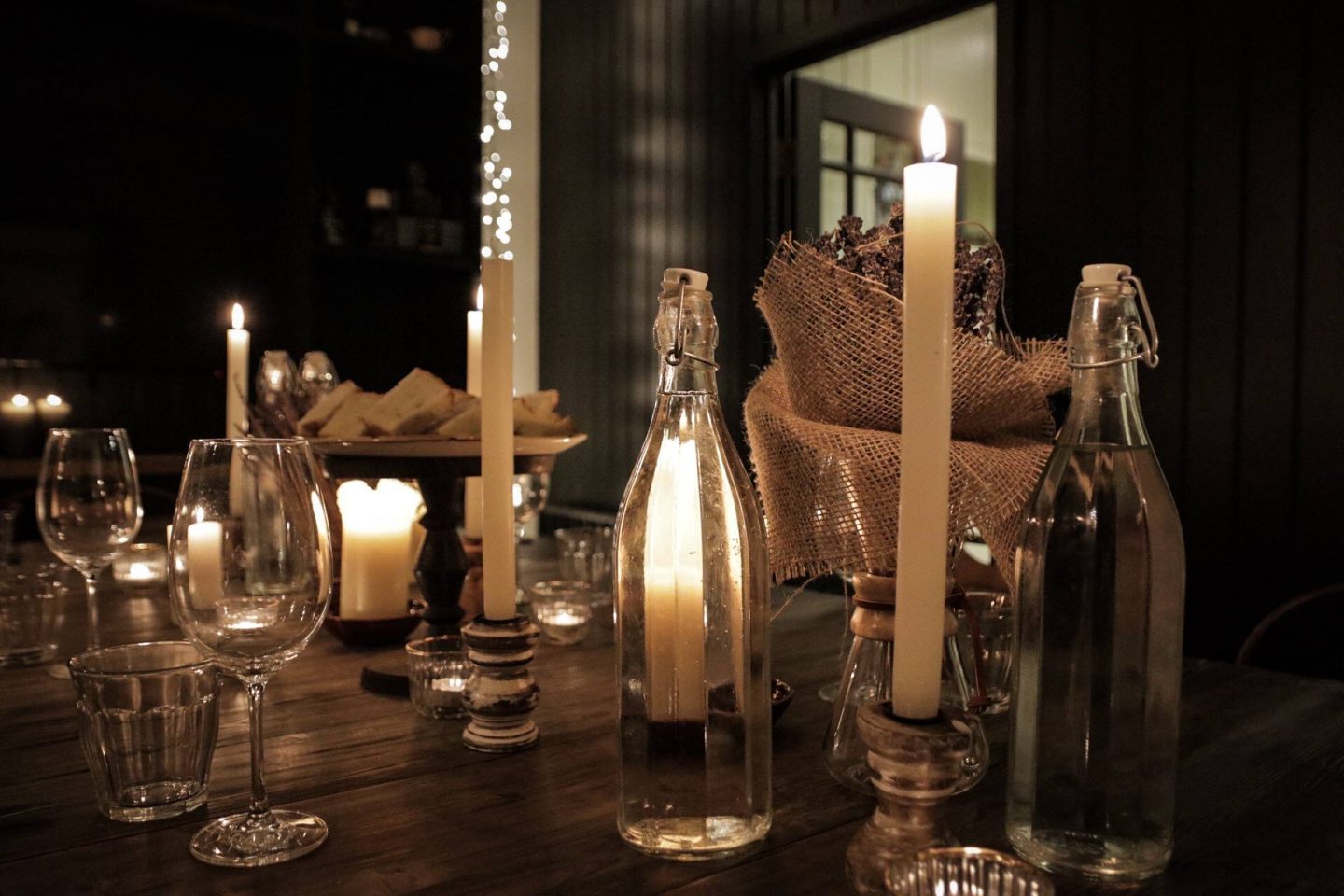 The tickets for the event were priced at £55 which included the 6-course tasting menu, unlimited homemade potato focaccia bread, as well as free-flowing house wine in both red and white.

As we were the first to arrive we picked our seats and had a little nibble on the potato focaccia bread as we were both rather peckish. After the rest of the guests arrived and having introduced ourselves we were more than ready to crack on with the food.

Our first course was Shitake Bariguole topped Beef Tartare which is something I would never order myself. I’ve only had beef tartare once many moons ago in Paris, which I did enjoy, but I’ve never ordered since as the egg that usually graces the top really puts me off. Oh and you know, a slab of raw meat on your plate is a little crazy too.

But, there’s always a but, right!? I bloody loved this. It was well marinated, well seasoned and well presented. I even cleaned the plate with more of the potato focaccia bread. 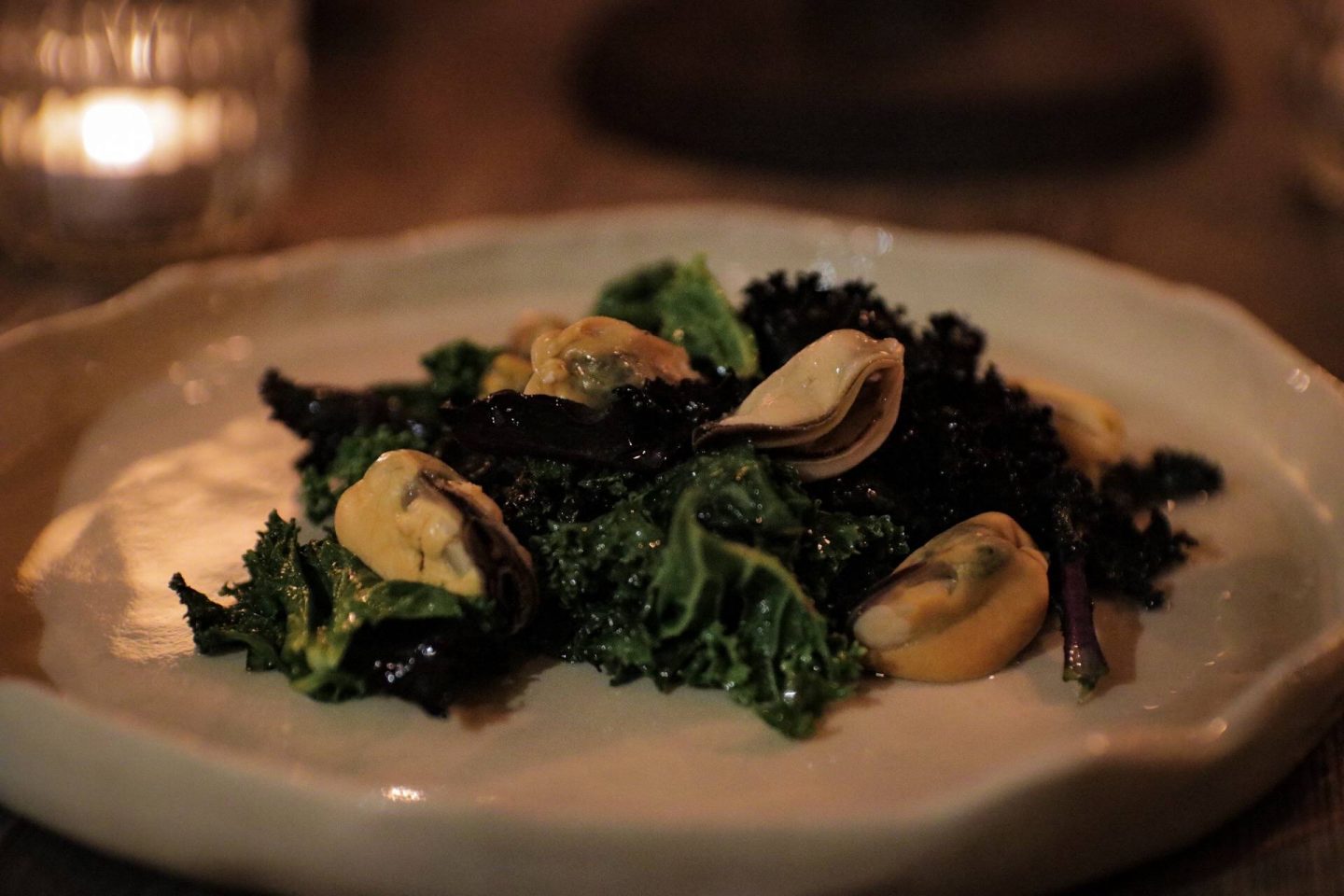 The second course could be one of my favourite course! It was made up from Variegated Kale, Cornish Mussels and Sake. The Kale was cooked in oodles of butter which made it the dreamiest of kale. The mussels were cooked just right so they weren’t chewy and the sake complimented it all so well. Who would have thought of mixing those three ingredients together! 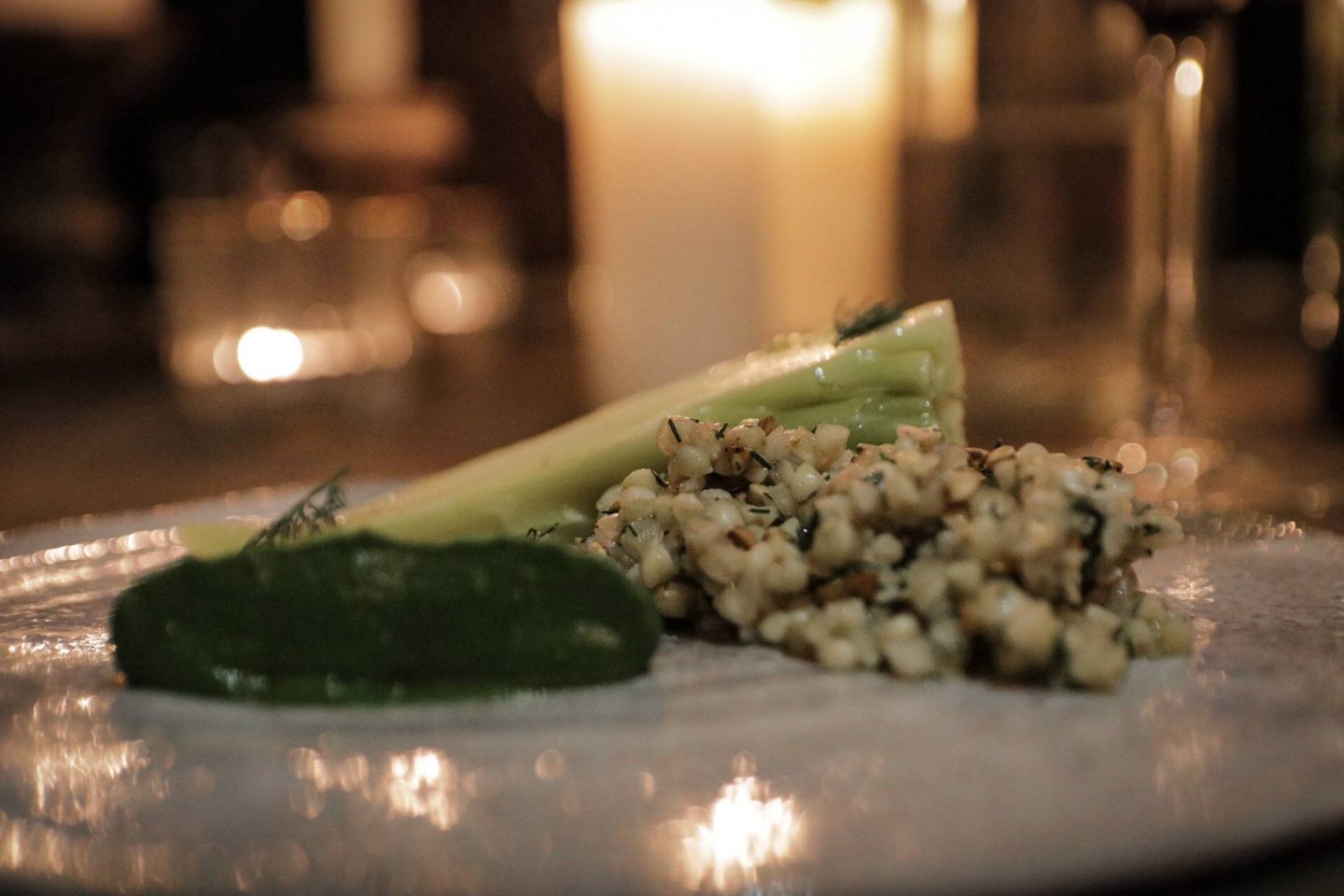 Course three was a great example of using up food waste. Stefano had used the broccoli flowers to create the puree for this course, so the stalk was also cooked up and plated alongside Buckwheat and Dill. I’d never noticed just how good the broccoli stalks actually taste so I will start eating them for sure now, and I’ve added buckwheat to my weekly shop! 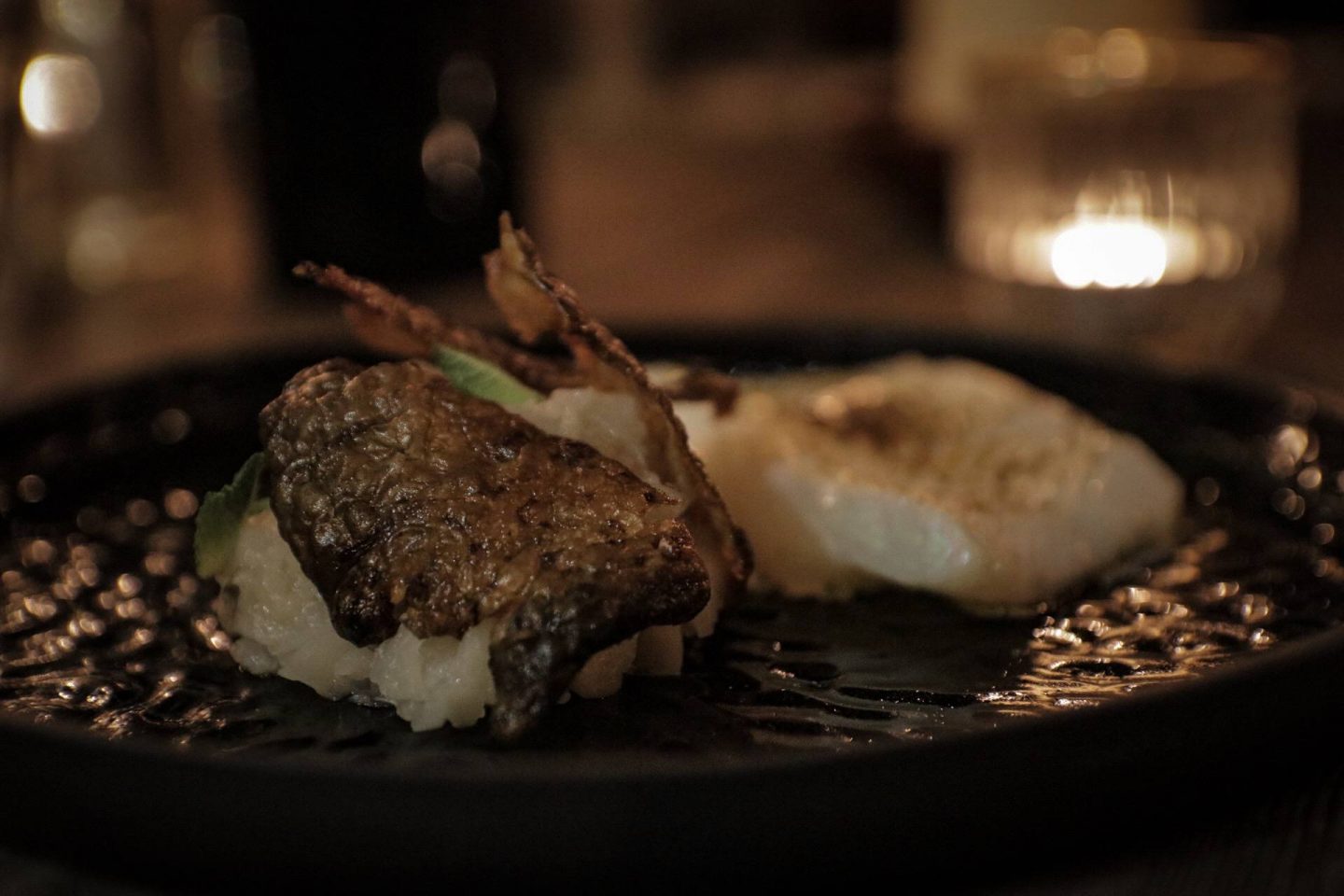 Brill is one of those fish you rarely see on a menu, especially one that is slow cooked too so this course was a total delight. It was paired with Jerusalem Artichoke and Smoked Fish Sauce which I could eat time and time again. A really well rounded course with so many wonderful flavours. 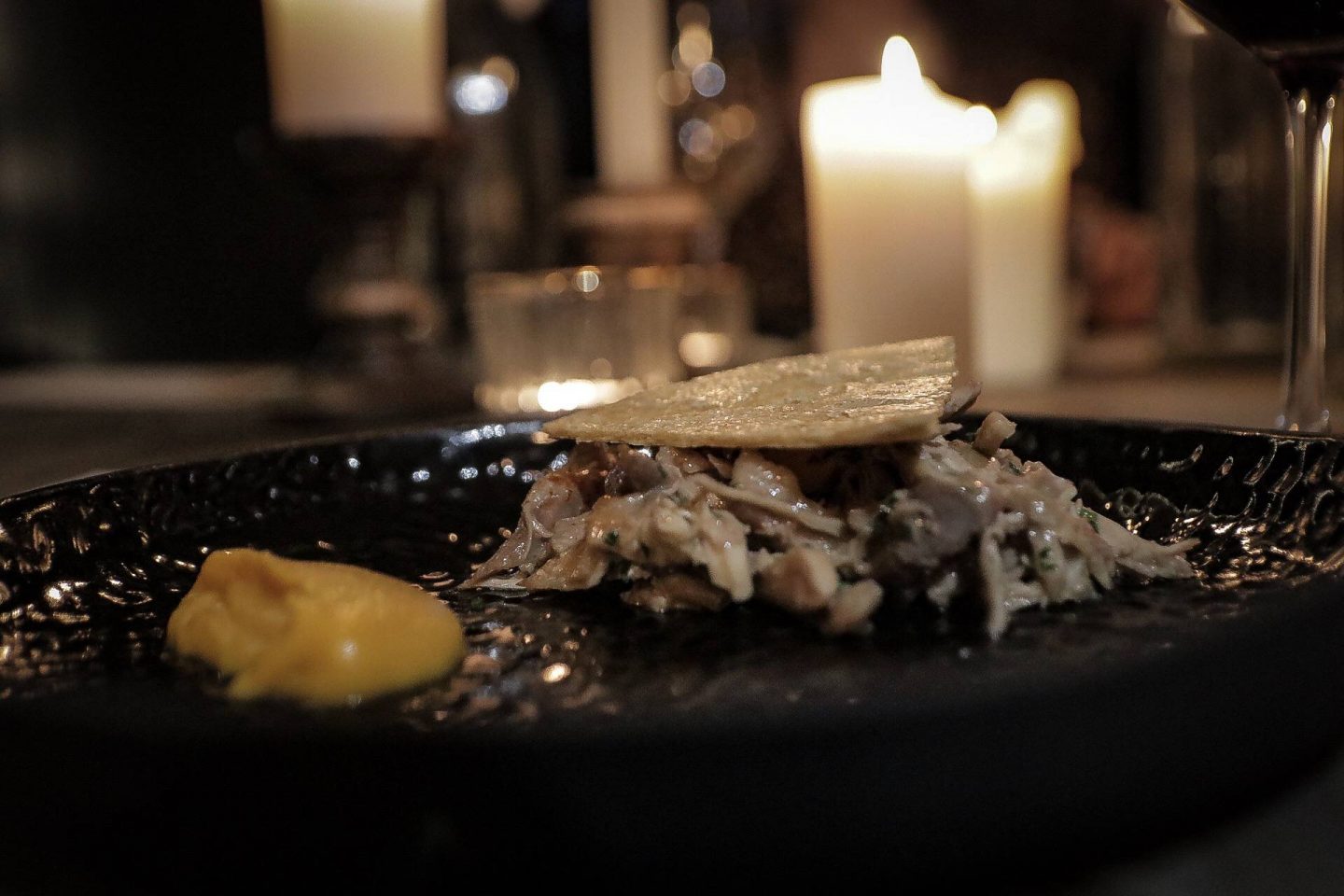 So the Chicken Rillette paired with Chicken Wafer and Espellette was the final of our savoury courses and what a way to end. The chicken was slow cooked for hours which is something I didn’t know you could do with a chicken! The wafer added a little crispy bite to the dish and I’d happily have this for dinner once a week, with Stefano cooking it for me, obviously! 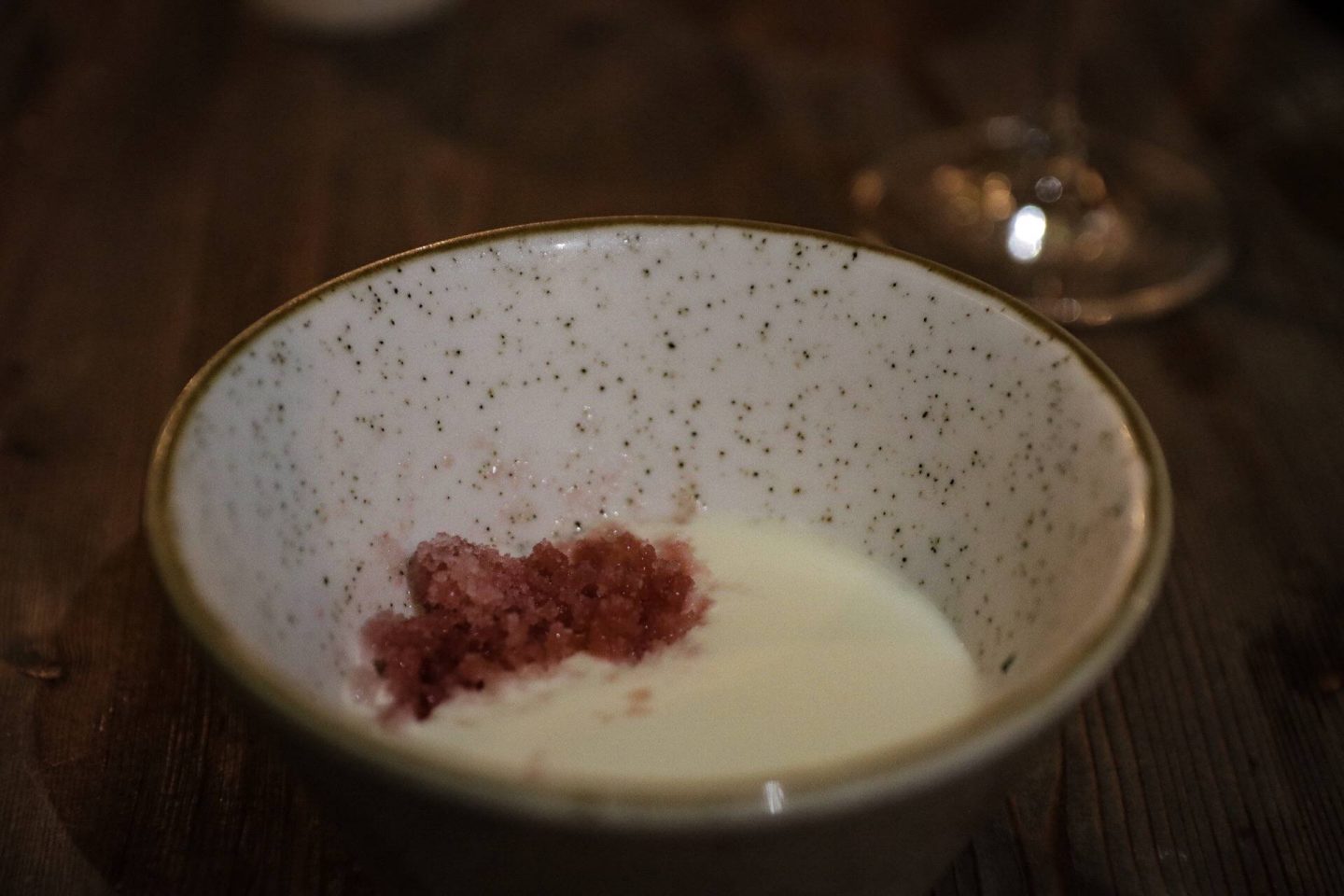 Our final course was a sweet one that came in the form of Buttermilk Pudding with Burned Pear and Rhubarb Granita. This was a taste sensation! Burned pear is now my most favourite way to eat pear so I need to learn how to cook that as I’m sure there’s a little more too it than just burning it. All of the flavours worked well together and on there own too. 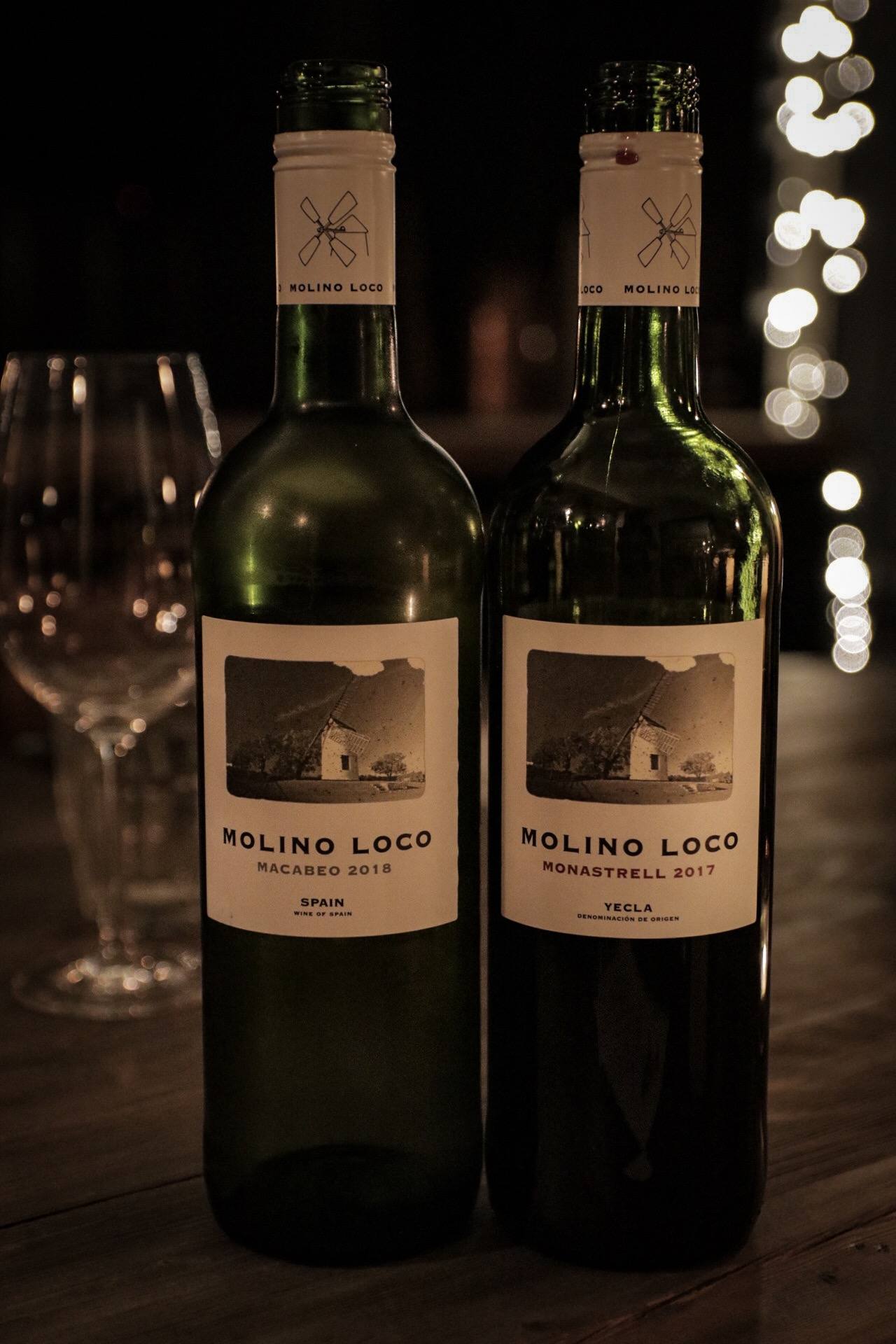 Throughout the night the Molino Loco wine was free flowing which could have been a little lethal for a Monday night but luckily the amount of food we had balanced that out quite nicely. Mike and I opted for the red which actually went really well with each course as it wasn’t too heavy.

The whole evening felt like we were dining with old friends in their home with really great food, wonderful decor and plenty of wine. We can’t wait for Stefano to host another Edit Pop Up to head along to try more of his incredible dishes.