I was very kindly invited to Craft Beer Rising in return for a review.  However, as always, all opinions are entirely my own.

When it comes to craft breweries, I’m no connoisseur, but I do know what I like. If I’m going to be drinking for a while, a session as it has become known, then I like a Pale Ale. If I’m feeling a little daring, I order something a little heavier like a Milk Stout or a Chocolate Porter. Or if it’s a lush summers day, I order a cider, the fruitier the better. So if there’s an event where I can learn a little bit more about what the smaller breweries then you know I’m going to be there. That’s why I found myself at Craft Beer Rising, the UK’s biggest craft beer festival.

What is Craft Beer Rising? 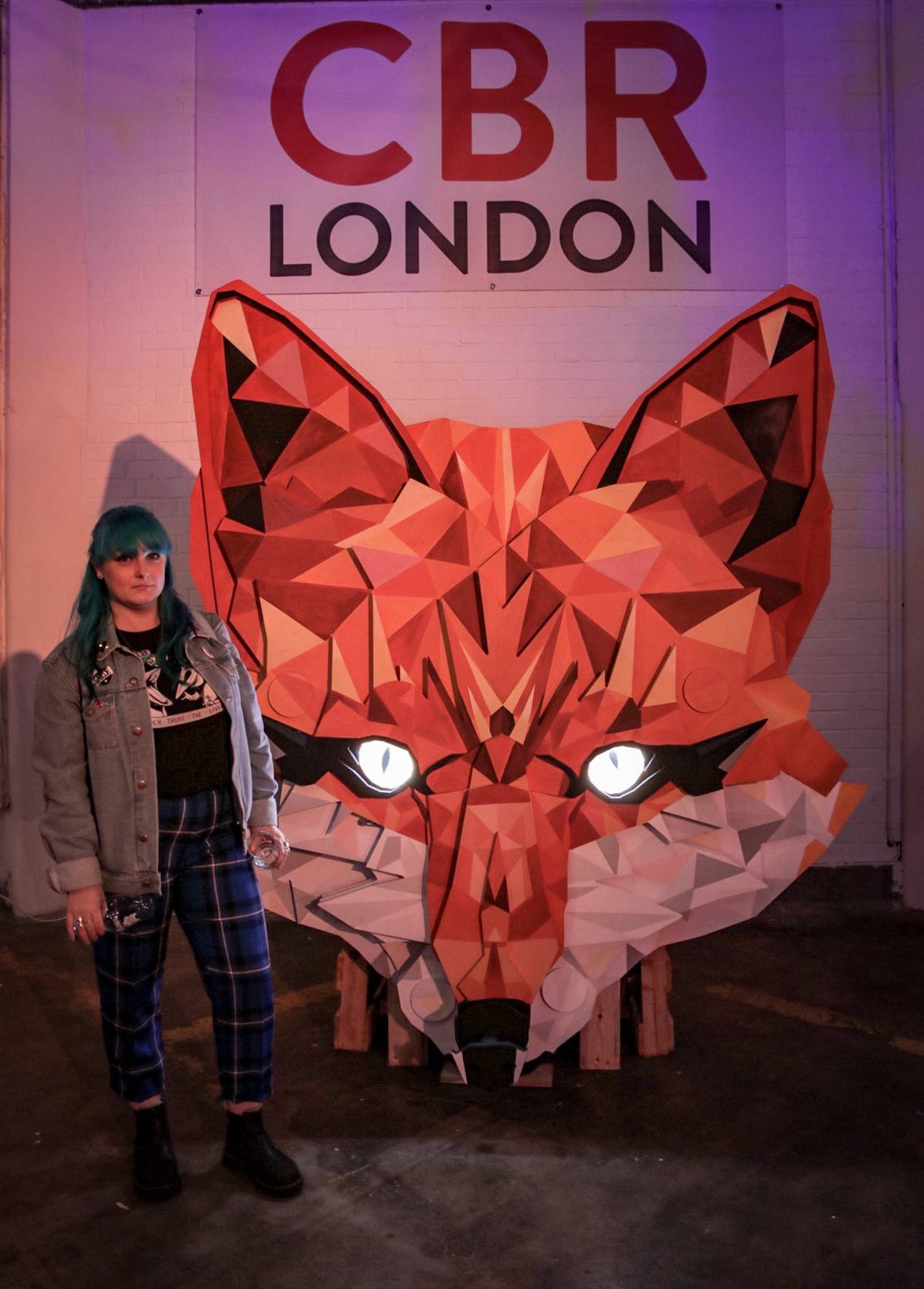 Craft Beer Rising Festival is the ultimate craft brewery, street food and music experience for people like me who just appreciate the fine crafts they are producing or for those who do take it more seriously. As 2018 was such a huge success they brought back the seventh edition of CBR which returned from 21st to 23rd February 2019 for three days.

What do I get for my Money?

These three days were filled with 155 wonderful breweries, mouth-watering street food at the new ‘Fox’s Den’ and a world-class soundtrack from some proper awesome DJs and were all hosted at Truman Brewery on London’s notorious Brick Lane. If you’re wondering why I’m waffling about this after it’s all over, it because it’s gonna be back next year and I don’t want you all to miss out!

Tickets are available online before the event and include your very own CBR glass and a booklet that tells you what’s going on. Also included in your ticket price are the talks that they have on throughout the session.

Inside each brewery has their own prices for their good but most half pints are between £1.50 and £2 and cans or bottles tended to be around the £3 mark. I thought this was really decent value for money as I actually paid over £6 for a pint in London recently from a brewery that wasn’t far down the road! 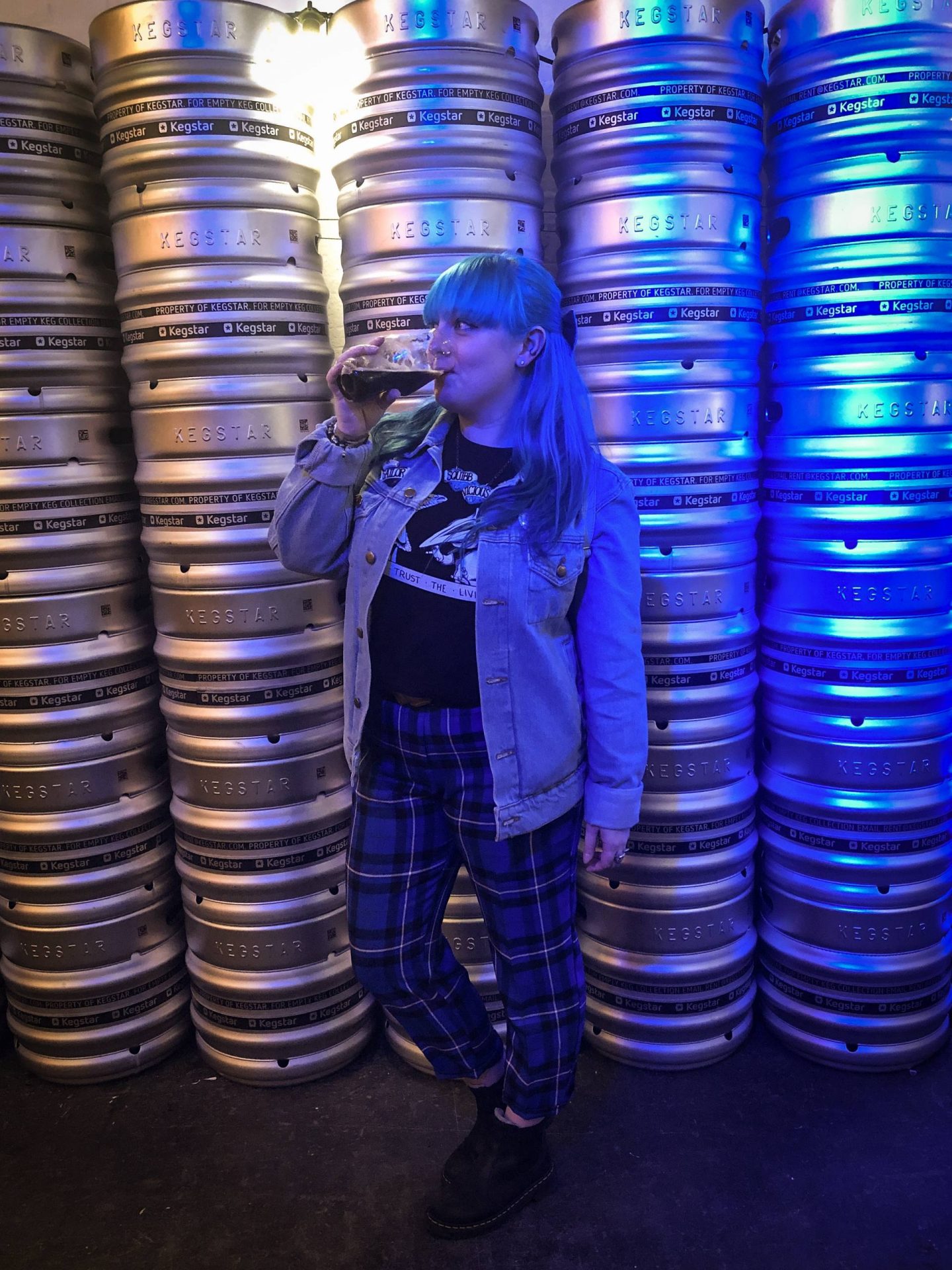 What kind of Talks are there?

We went along to the Open Gate Brewery Food and Beer Pairing. It was hosted by Ian Colgan who is a Beer Sommelier and the Food Pairing Specialist at Guinness’ Open Gate Brewery. He carefully selected key ingredients from three of the events food vendors to match with the three brewed especially for CBR19.

We learned about his food pairing techniques and the process behind creating these perfect pairing beers which were really fascinating. It’s all about the three ‘C’s’ – Cutting, Contrasting and Complimenting. Our first tasting was the Arthur Guinness’s IPA that was paired with Kolkati’s Kati Roll, our second was the Triple G sour made from Guinness, Gooseberry, and Ginger which was paired with Biffs Jack Shack, and the last tasting was the Nitroatmeal Stout that was paired with Only Jerkin. Each of them was paired so well and I learnt a fact this is game-changing; if your meal is spicy you want to be ordering a stout, not a lighter beer. So going for an Indian and ordering a lager is not actually right as this will enhance the spice, you want to be ordering yourself a stout as this will compliment the flavours and help cool your mouth down! 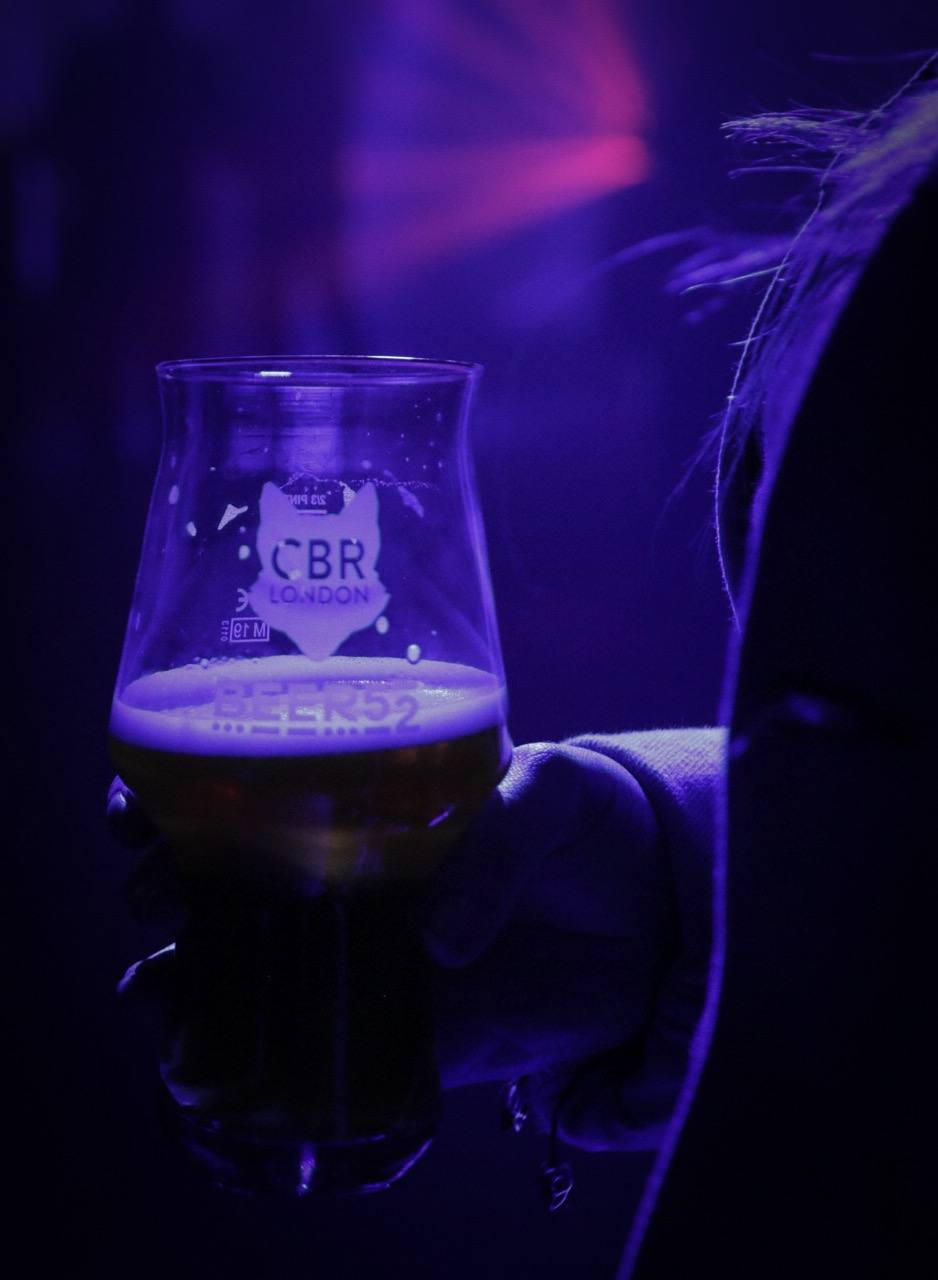 What can I Eat?

From this tasting, we then headed down to ‘Fox’s Den’ for some of incredible Biff’s Jack Shack we had just tried. These guys are The original crispy fried Jackfruit; they serve up the filthiest, naughtiest, hot-sauce-dripping-down-your-face-iest vegan junk food in the UK and bloody hell, it was good. Even Mike ordered the fully vegan meal!

There were plenty of other awesome foodie stalls too serving a variety of meats, treats and sweets. 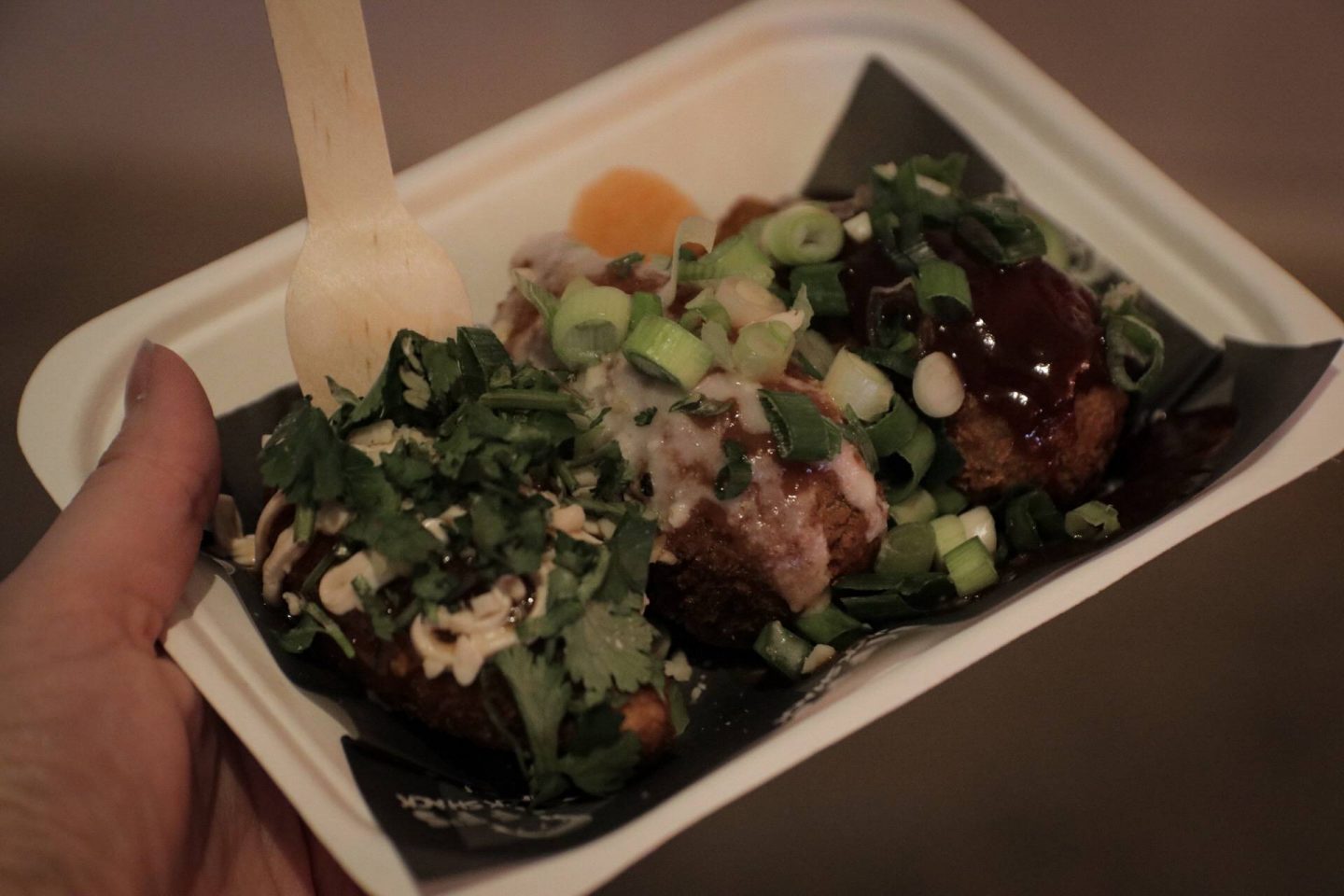 Would you go Back Next Year?

Why yes I would, thanks for asking! We had such an awesome time meeting the brewers, trying incredible new brews and eating some great food all under one roof. I’m gonna be grabbing tickets the moment they are announced! 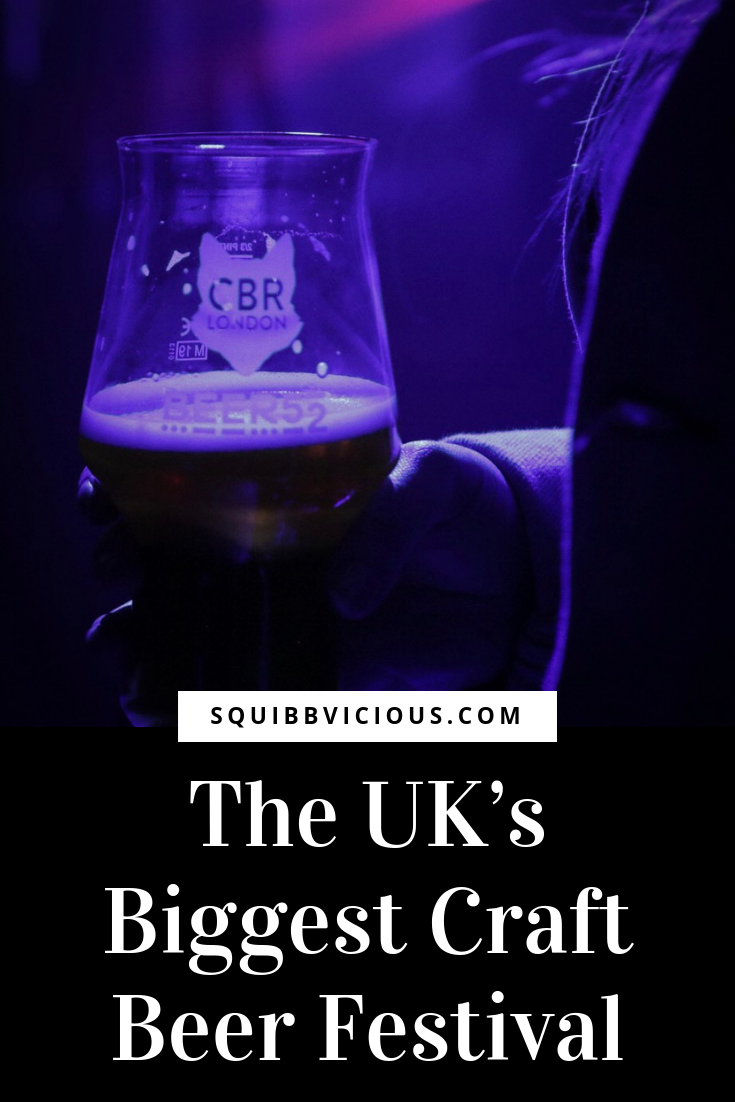