I was very kindly invited to have dinner at Lamezia in return for a review.  However, as always, all opinions are entirely my own.

When it comes to trying out Italian foods, I always take my good friend Davide, and yes, you guessed it, he’s an Italian himself. So last week I met up with him to try out the authentic Calabrian cuisine from Lamezia on Holloway Road.

Restaurant owner Maria was born in Lamezia, which a city in the southern Italian region of Calabria, and moved to London when was just seven years old. After being here for just twelve years at the mere age of 19, she opened the family-run restaurant back in 2009. Both Maria and her parents have been creating and serving their favourite Calabrian dishes, using genuine ingredients for over 10 years and I think they deserve to become a little more well known than what they are.

Lamezia has become known, by those in the know, for their Nduja (seriously good, spicy sausage) pizza which was first served there almost ten years ago, when Maria’s father, Franco, would spread the spicy pork salami onto bread for a quick snack. They quickly saw a delicious opportunity to use it as a moreish topping for pizza that nowhere else was selling so it went on the menu at Lamezia in 2010, and has been a best-seller ever since. 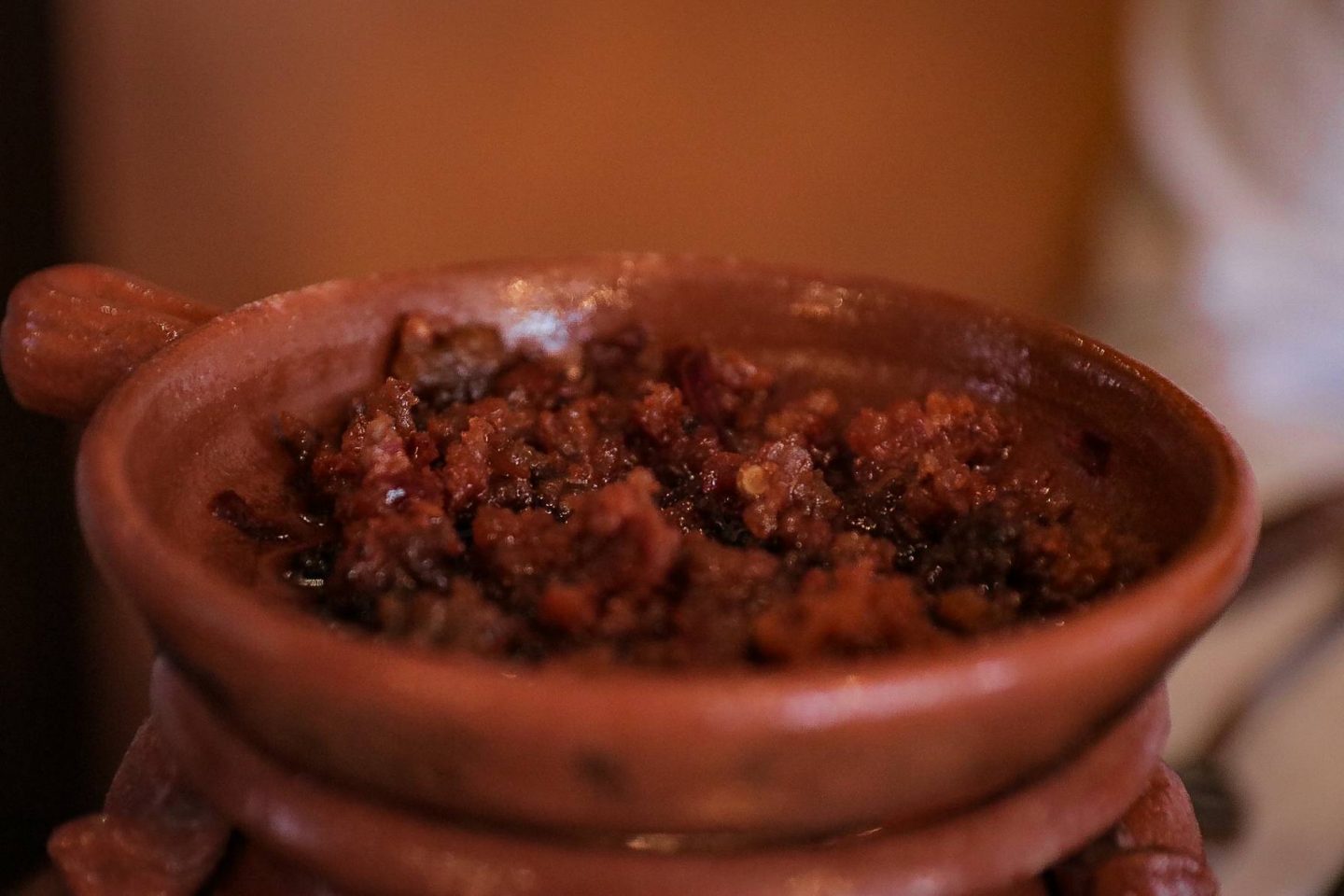 Being in London’s home for Nduja we just had to have the Nduja Bruschetta to start. This was served with two slices of oven baked bread topped with a sizzling pot of Nduja on top to spread ourselves.
Both being big spicy fans we devoured all of the Nduja and even had a dip in the wonderfully spicy oil left in the bowl.  I could happily snack on this with a glass of red wine out on our balcony during summer evenings as I loved it so much. 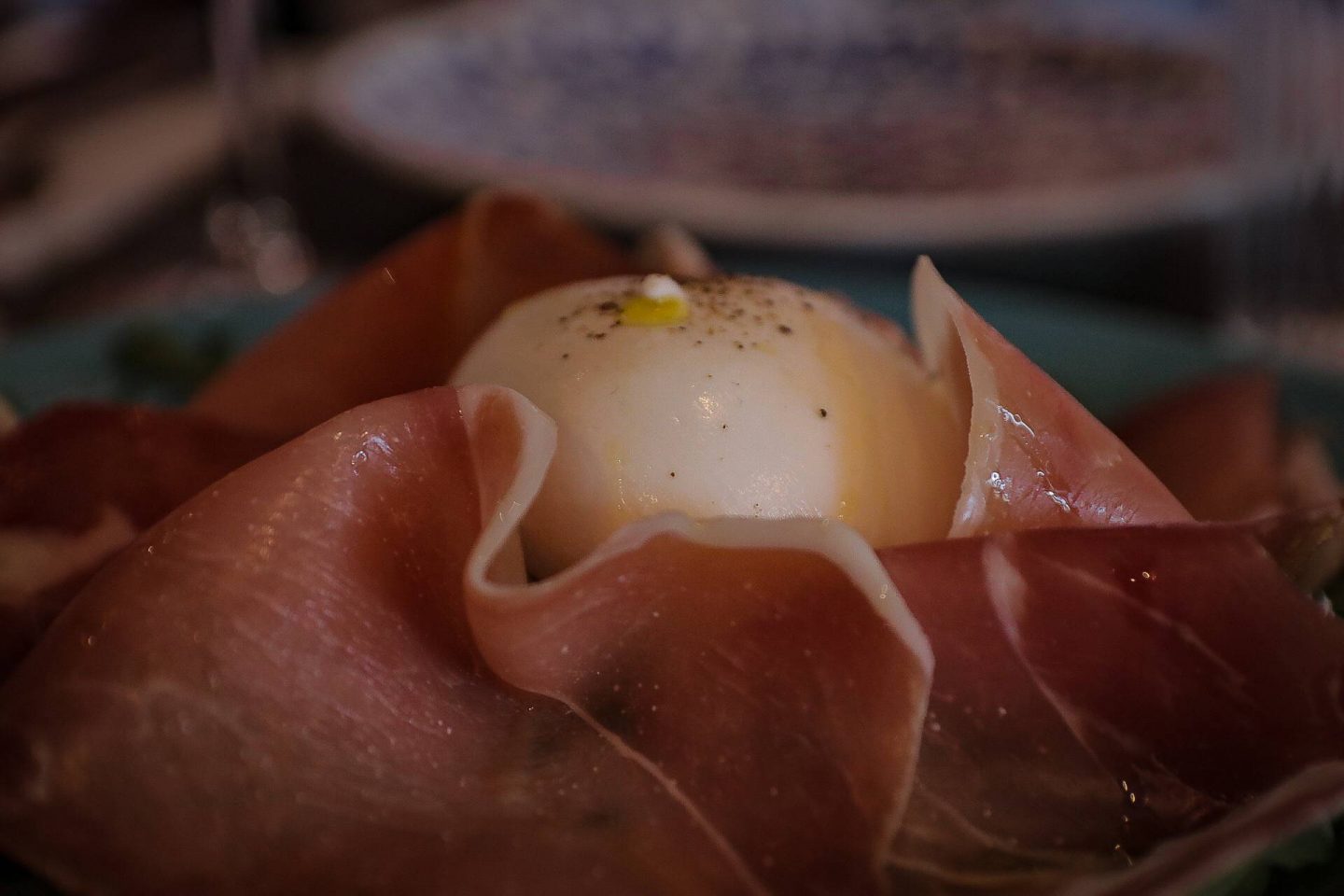 We were also recommended the Burrata that was served with Parma ham on a bed of rocket and drizzled with extra virgin olive oil. Such a simple starter but it’s always one of my favourites when we go to an authentic Italian.
The quality of the burrata itself was far better than any other I’ve had in London as it was so fresh and creamy. There was oodles of totally tasty Parma ham too so as we were sharing our starters, we had two large slices each. 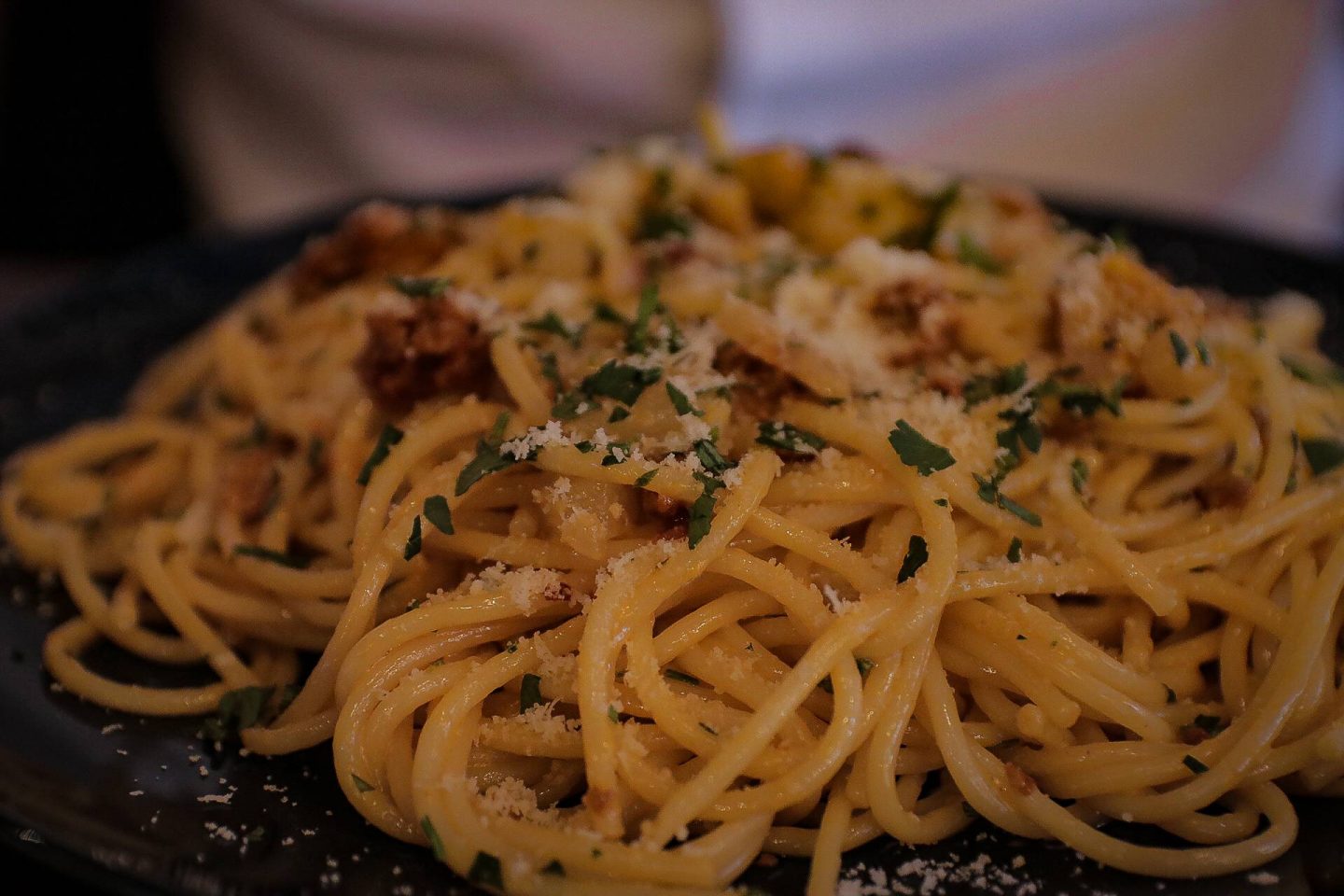 Keeping with the Nduja theme, Davide ordered the Carbonara Piccante which is a traditional carbonara with a slight twist. It’s made with the egg, pancetta, egg yolk, black pepper and parmesan cheese but is spiced up with some Nduja sausage too.
Had I not had my heart set on having a pizza this would have been my first choice of pasta dish. Davide enjoyed it thoroughly and despite being a traditional Italian he really loved the Nduja spice twist. His plate was left very empty. 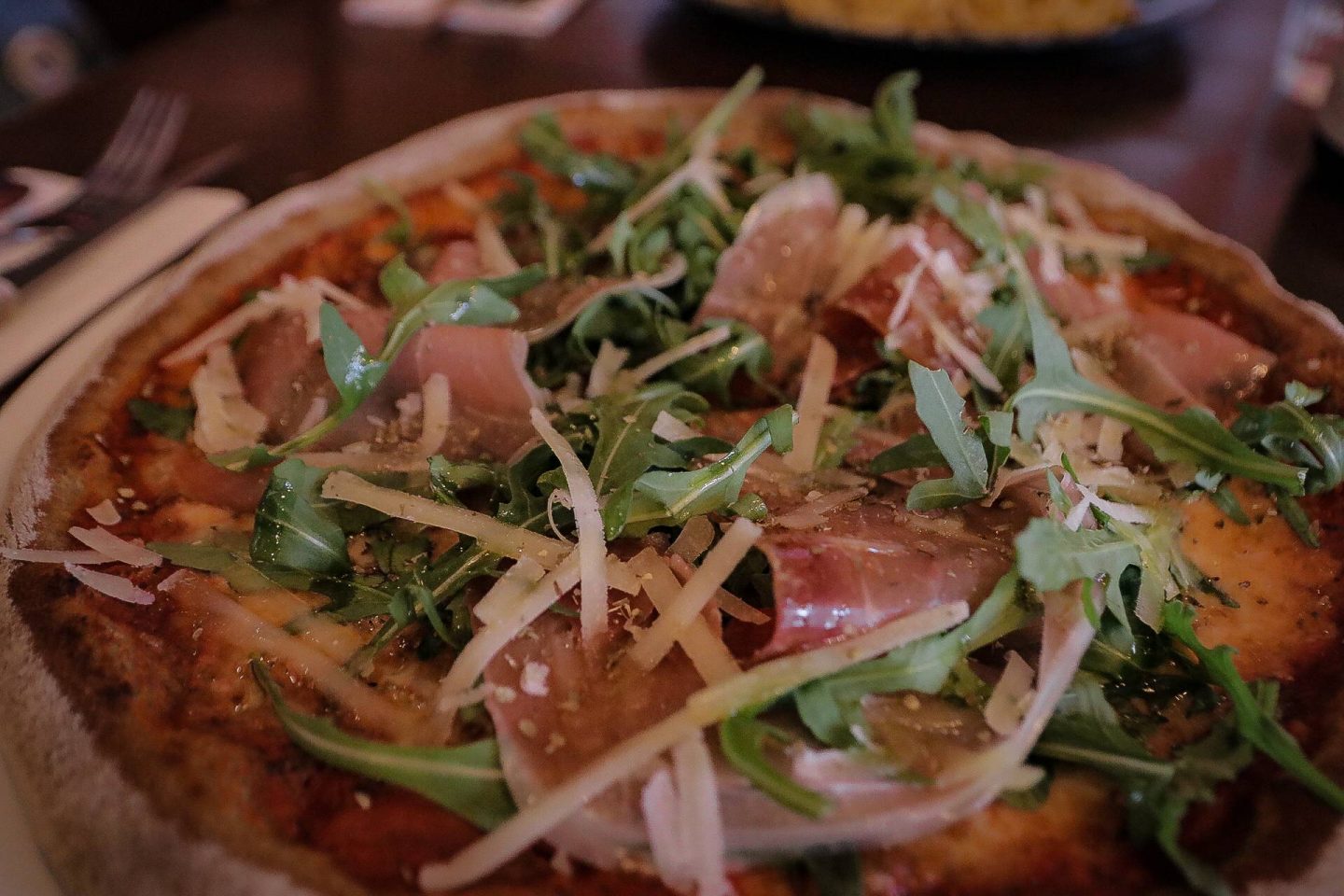 After seeing that Lamezia do a Hemp pizza base, I was really intrigued in trying this as it so many health benefits. I mean, I’m not I could claim it made the pizza healthier as I topped the pizza with plenty of tomato sauce, mozzarella, Parma ham, rocket and shaved parmesan with a drizzle extra virgin olive oil.
I know I had Parma ham for a starter but it was such tasty I went for it as a main too. I’d also like to try the Nduja pizza that Lamezia is known for, so it means a trip back! 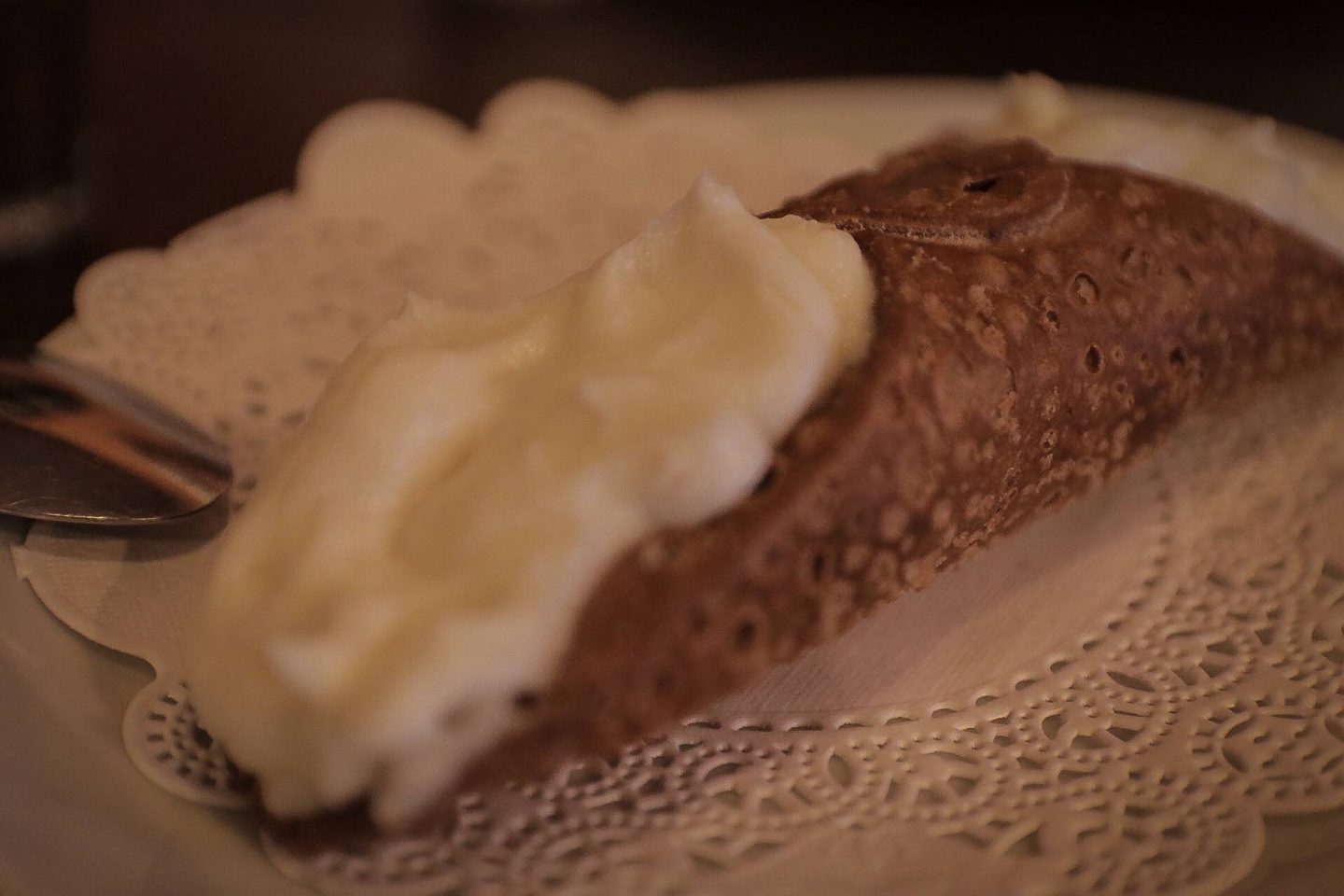 I was pretty darn full up but after seeing Cannolo on the dessert menu I just had to order one! A Cannolo is a pastry sprinkled with icing sugar then inside the pastry there is a layer of chocolate and the pastry is then filled with sweet cream and ricotta cheese.
This was just so good and I did manage to finish it all as I didn’t want to leave any. 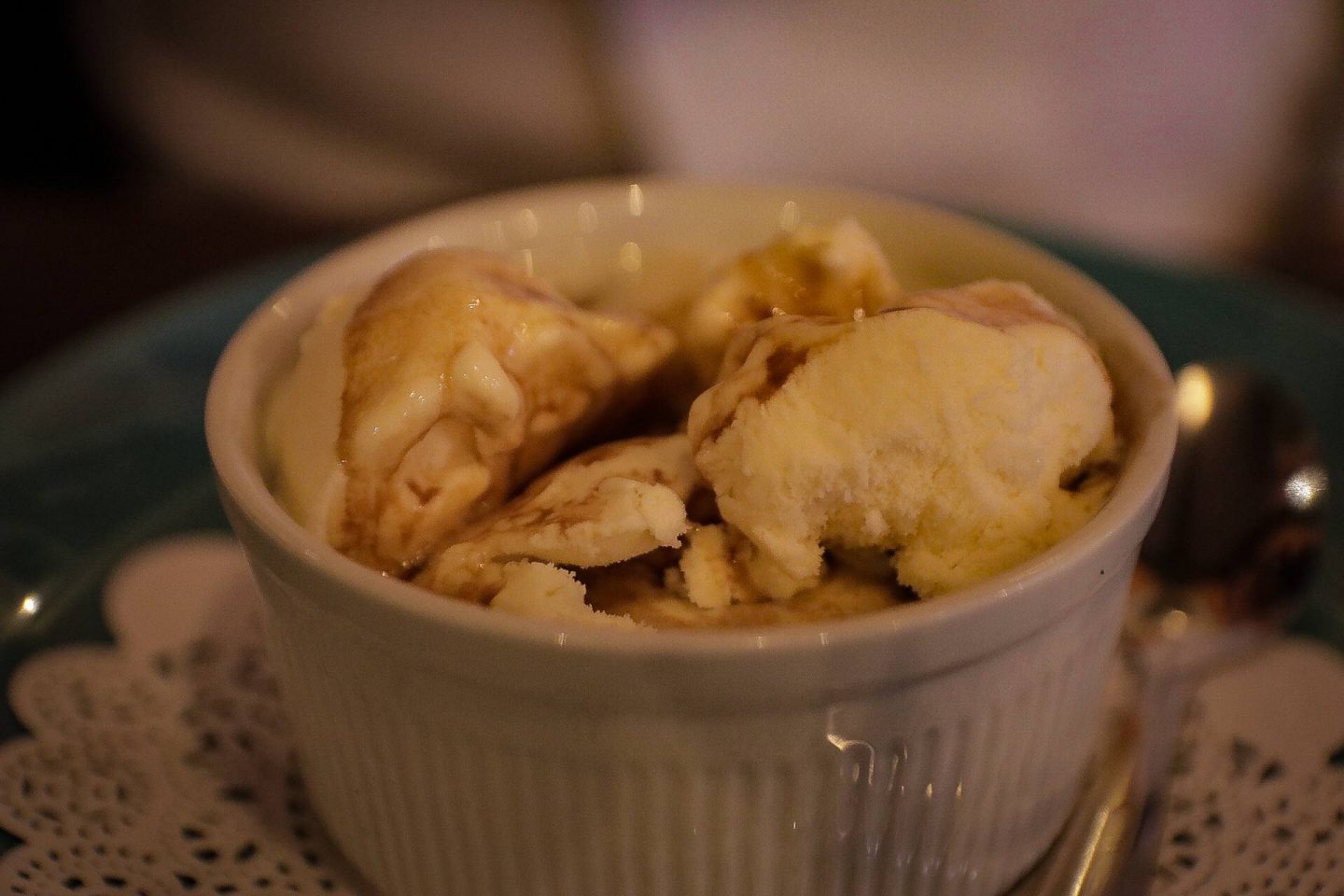 Davide returned to his traditions and ordered the Affogato which was two scoops of vanilla ice cream topped with a shot of espresso coffee. A light yet refreshing way to end his meal.
We had fantastic service from the very lovely Maria herself and all of her recommendations were spot on including the wine. I love supporting family-run businesses over chains so I know where I will be heading to next time I have a gig in the area.
156 Holloway Road, Islington, N7 8LX

One response to “Authentic Fresh Pasta & Pizza in London from Lamezia”