A Night Out at Dabbers Social Bingo, Shoreditch

I was very kindly invited to play Dabbers Social Bingo in return for a review through Love Pop Ups London.  However, as always, all opinions are entirely my own.

Just a mere 5-minute walk from Liverpool Street Station, on Houndsditch, you’ll come across a bar called Dabbers. All seems rather normal as you wander in; a bar, some seating and what looks like a cloakroom. It’s here at this cloakroom were things become a little different. This is where you pick up your bingo booklets as this is no ordinary evening, as once you step downstairs you’re going to be fully immersed in the world of bingo. 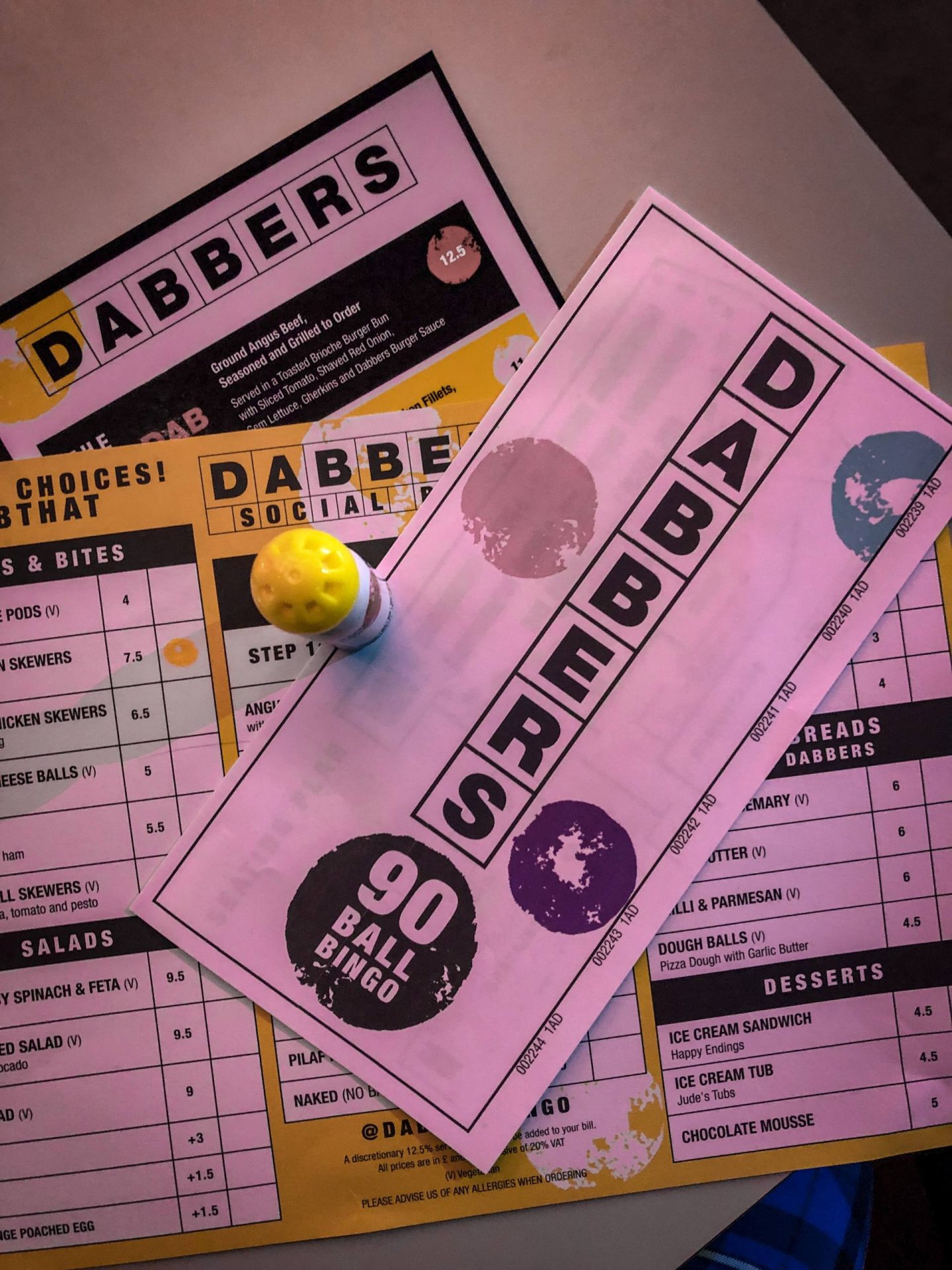 Dabbers Social Bingo is the UK’s first contemporary venue purposefully designed to celebrate the beloved game of bingo. There’s a variety of seating on offer from sharing benches for big groups or those feeling really sociable, there’s an exclusive booth and seating around the edge of the room with smaller tables, these were where Lizi and I had chosen to sit. We wanted to take in all that was going and not miss a thing! 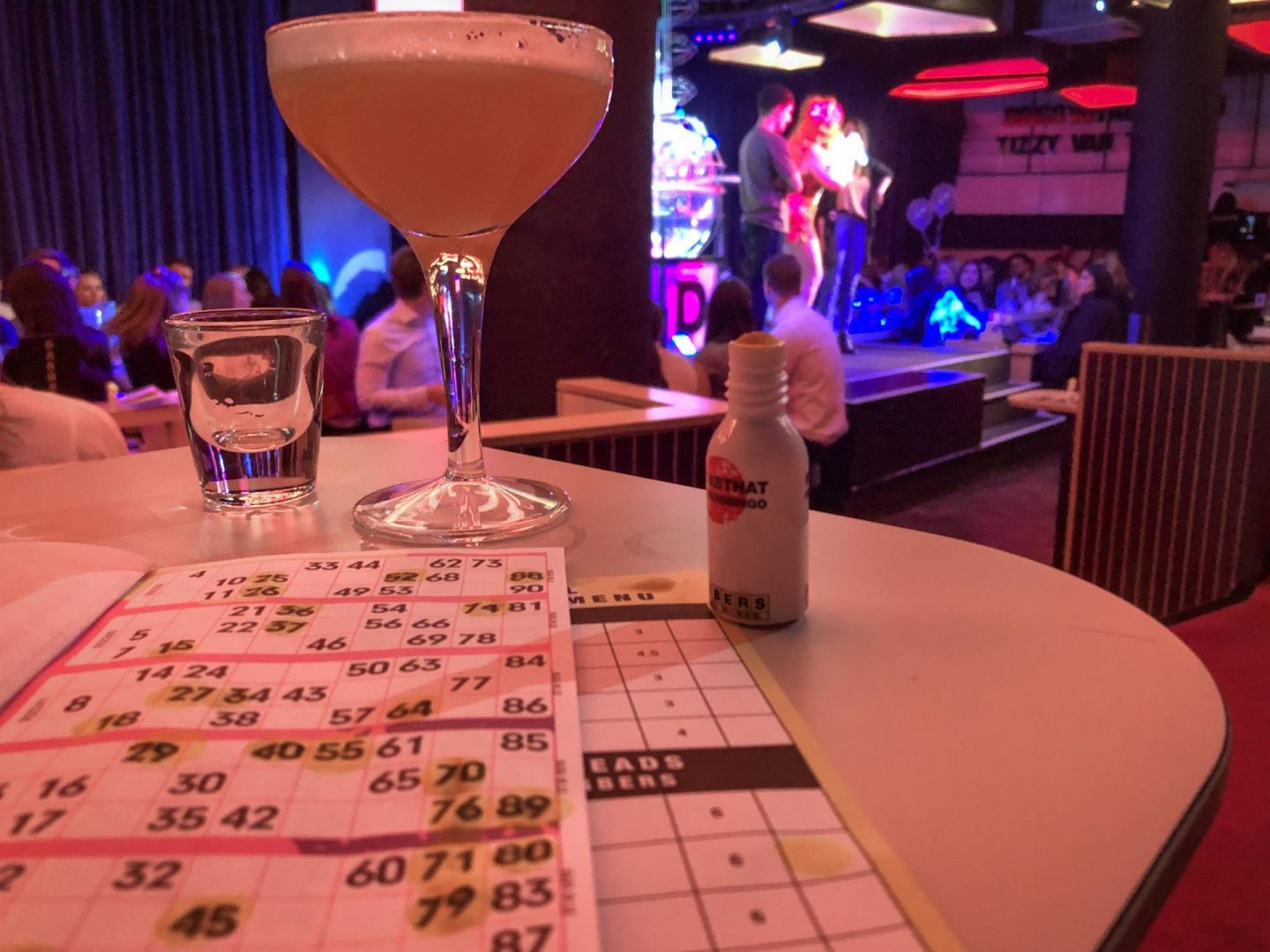 We took our seats, ordered a cocktail each and some food for later on in the evening. As it was a Friday night we were playing for a variety of prizes but the top prize was a trip for two to Rome; we were 100% in it to win it.

As the games kicked off, we armed ourselves with our bingo dabbers and took it all very seriously. That was until there was a tiebreaker round between the two winners who had to twerk enough to bounce balls out of a box that was tied around their waists. This certainly set the tone for the rest of the evening! There’s nothing quite like laughing at other people expenses, right?!

We did thoroughly enjoy singing out little hearts out whenever a Disco Ball appeared. The aim of this was to find the number within the sing, but you all had to get up and join in karoke style. We had some right bangers played and I awoke the next morning to some not very flattering videos on my phone of us going all out. 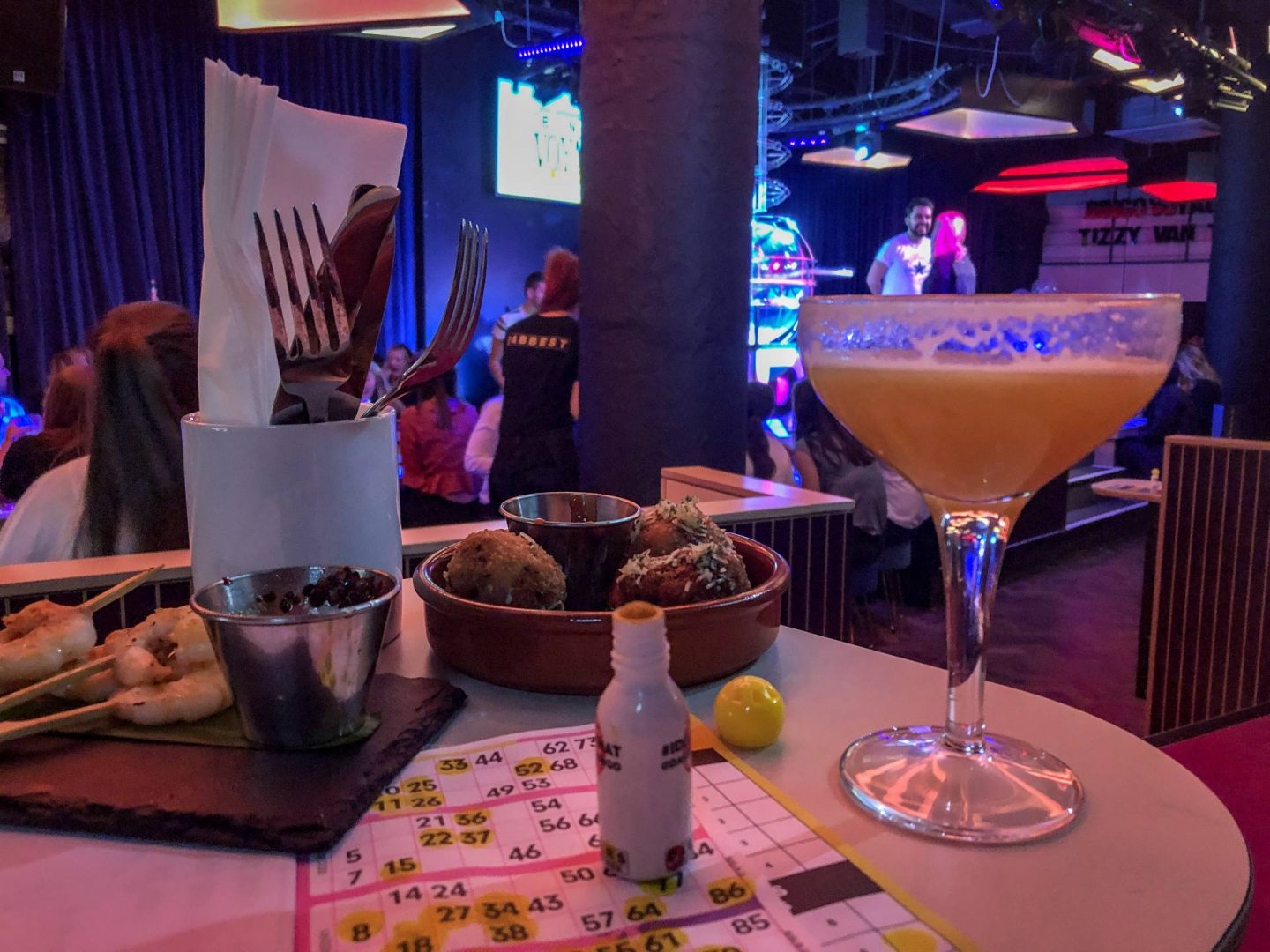 Between the two of us, we ordered the Seared Tiger Prawns Skewers with Sweet Chilli Dip, Mini Macaroni Cheese Balls with a Parmesan Crumb, Buffalo Glazed Chicken Skewers with Blue Cheese Dressing, and Dough Balls made with Pizza Dough and a side of Garlic Butter. We were also given a Garlic Bread.

Our orders were served up to us wrong and it wasn’t until I’d devoured one of Lizi’s Cheese Balls that they weren’t my Dough Balls! Sorry, Lizi! My prawn skewers were served cold which wasn’t what I had expected either and with this we had mixed feelings about the food we consumed. 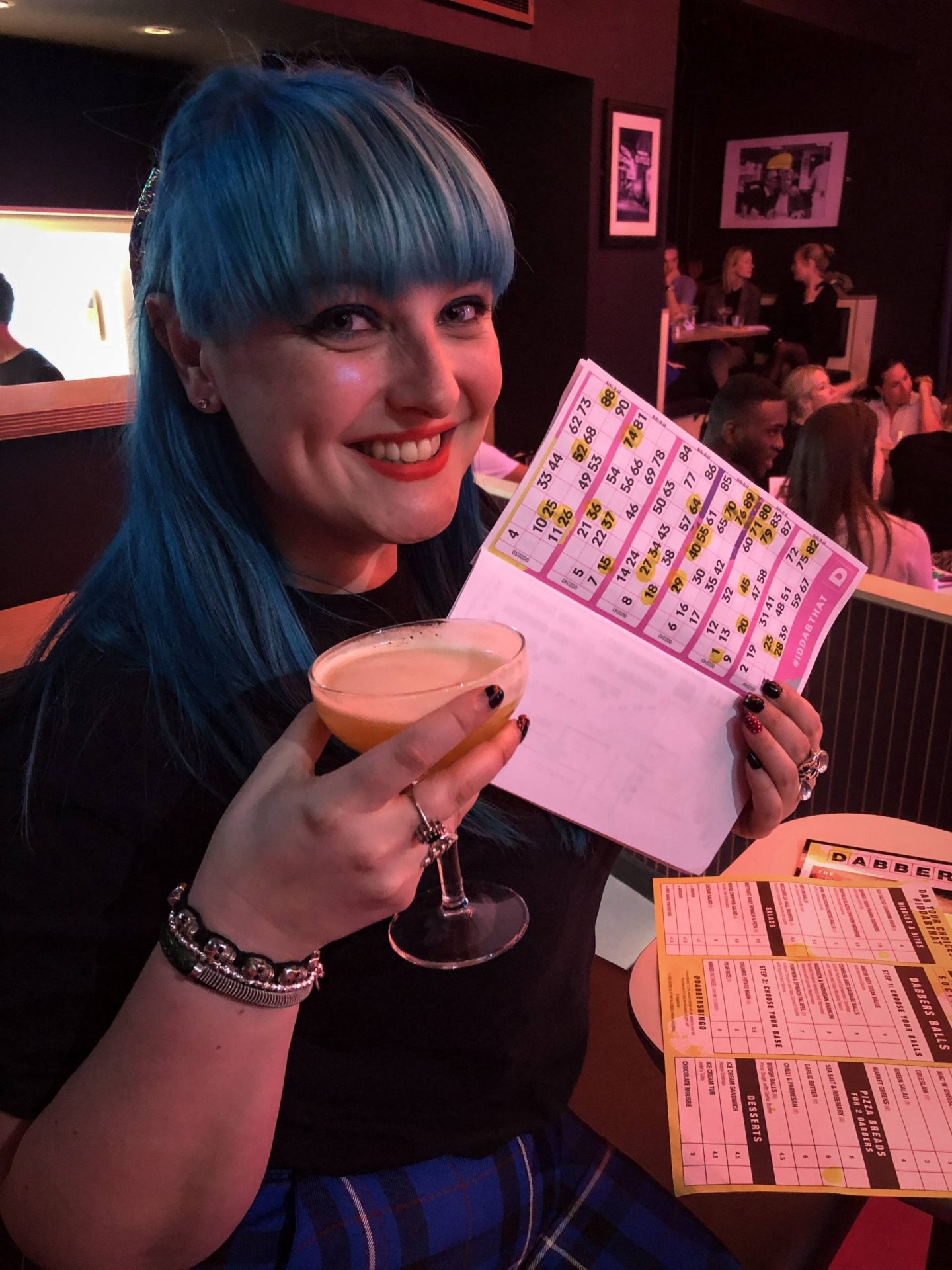 For our second round of drinks, Lizi ordered another Dark ‘N’ Stormy but I swapped to a glass of Mamaku, a Marlborough Sauvignon Blanc which was £9.30. They got this order wrong and originally bought me a glass of red wine and it took quite some time for the staff to correct it.

Dabbers do offer a hell of a lot of different types of bingo which does make them stand out from their competition with weeknight offerings with Monday being Social Bingo Club, Tuesday is High Stakes Bingo, Wednesday is Bawlers Bingo, and Thursday is Pick’n’Mix Bingo. For the weekend Friday is Bingo Voyage Saturday has Dabbers Brunch club during the day followed by a mix of Bingo Bonanza, Jackpot Bingo or Disco Bingo depending on the date and Sunday has Family Brunch Bingo or Odd Balls Bingo. On odd days they also have Vintage Bingo and Speed Dating Bingo!

I’d put our experience as being crazier than an ordinary night at Mecca Bingo and a lot tamer than a night out at Musical Bingo where I actually split my trousers from dancing so hard! We had a lot of laughter, lots of singing and not a lot of winning which was sad but loved watching the tiebreaker rounds. We were disappointed by the service, the cost of the drinks and the quality of the food, but these are all things that can be improved on.

The Best Food For Your Next Cocktail…