Bread and Pastry Making at the KitchenAid London Experience Store

I was very kindly invited to review the KitchenAid Experience with Love Pop Ups London in return for a review.  However, as always, all opinions are entirely my own.

The KitchenAid Stand Mixer is one of the items I have lusted over for such a long time after working on an event with them a fair few years back, so you fully well know I’m going to jump at the chance to use one again. Especially when it’s the KitchenAid Experience Store in London as you know that’s going to be pretty awesome! 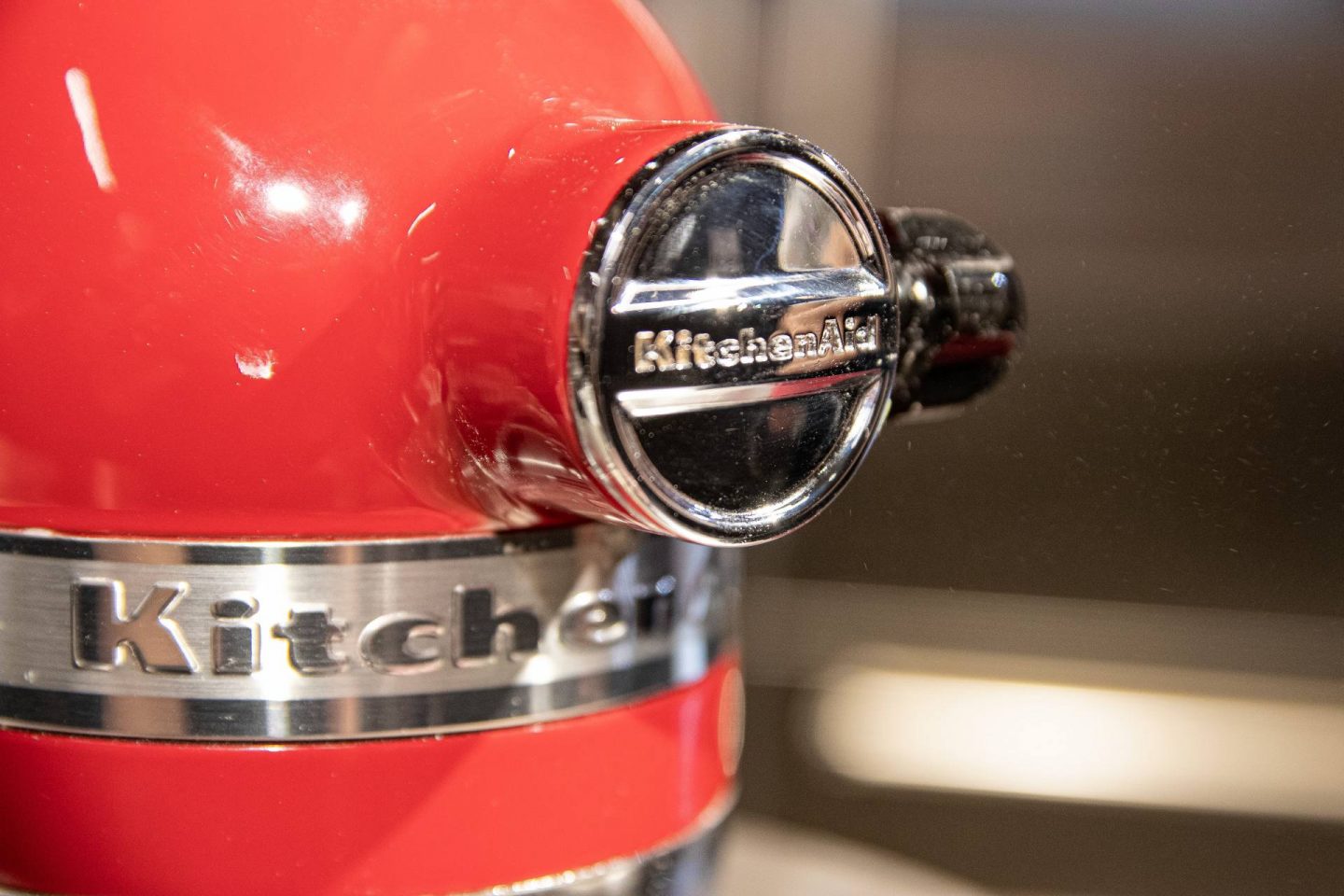 On arrival, we met Richard Bertinet, who has trained as a baker from the age of 14! He moved to the UK in the late 1980s and has worked his way up, and been head chef at some very well known establishments. After settling down and having a young family, Richard decided to move out to Bath, and that’s where the story of The Bertinet Kitchen began to take shape.

Since the school opened in 2005, it’s gone from strength to strength and Richard has since added more strings to his bow with a collection of Award Winning books, TV show appearances and being named the BBC Food Champion of the Year 2010 at the BBC Food & Farming Awards in November 2010. 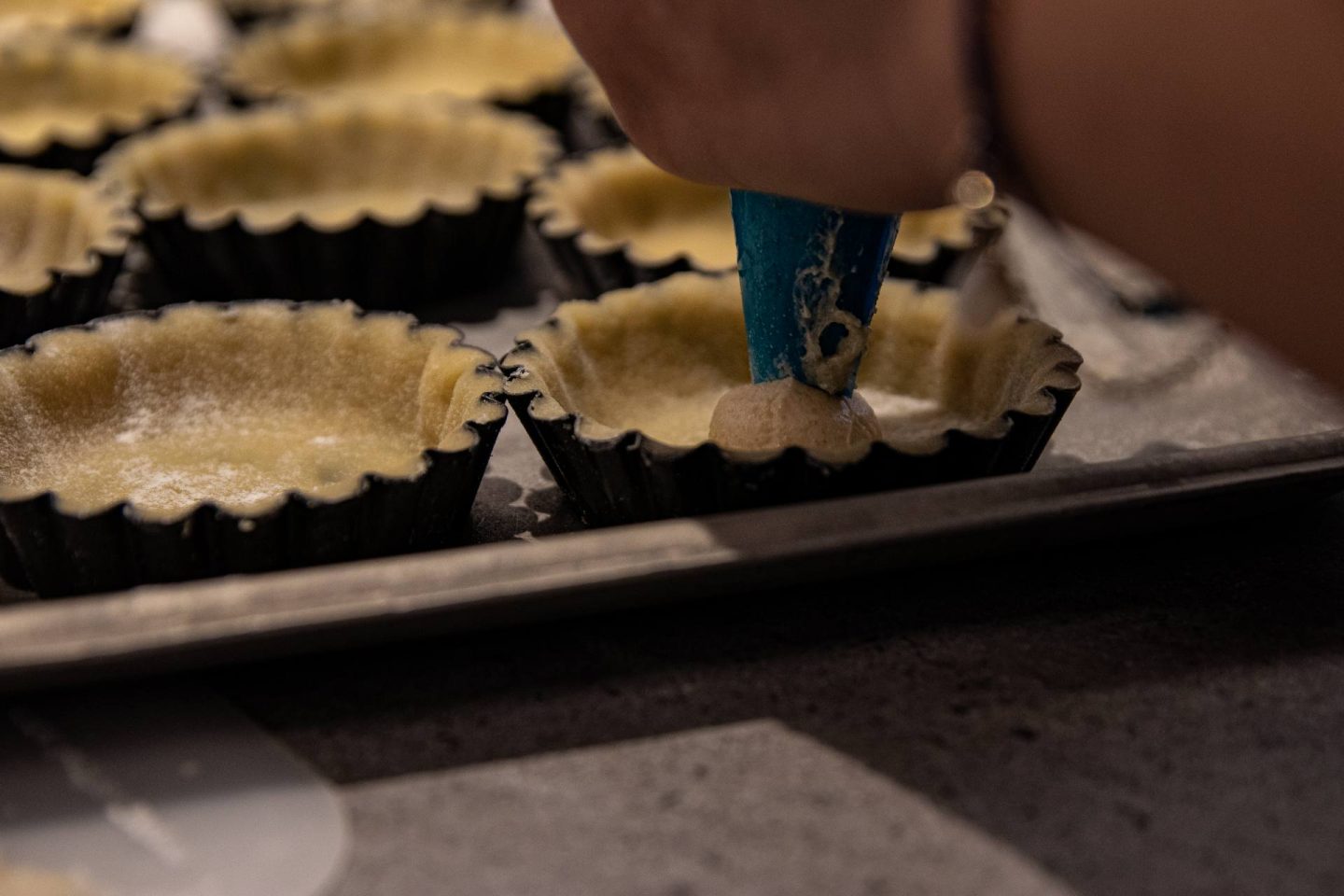 As you can imagine, for a useless pastry chef and baker like me, it was quite overwhelming to be taught by such a prestigious chef, but Richard made the whole event so easy. In fact, he had us giggling the whole way through! He caught on to my quirky kitchen ways pretty early on and made sure I had a helping hand should I need it.

Our class included making apricot, almond and berry frangipanes, some rather impressive bread and the best sausages rolls I’ve ever made! 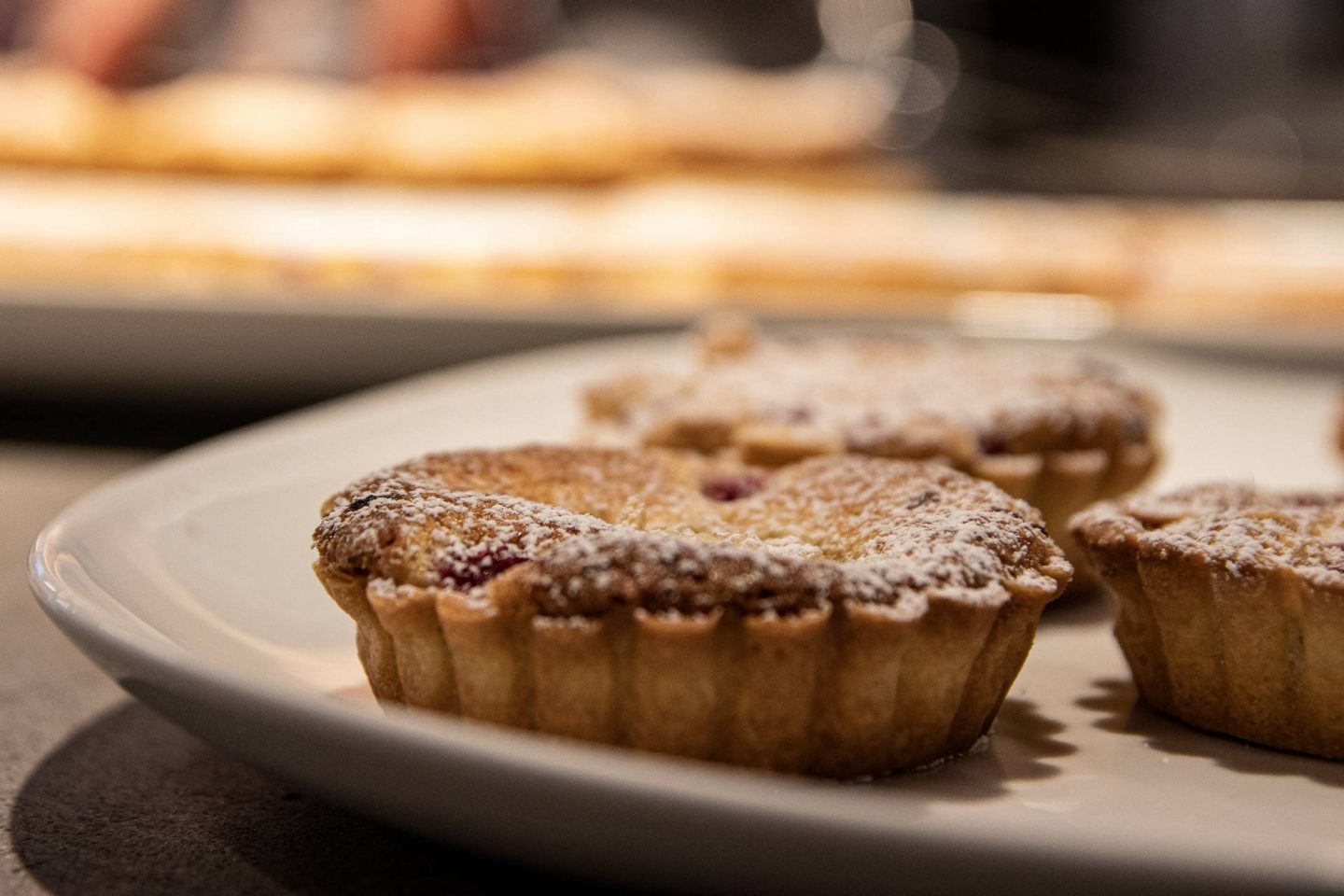 As the sausage rolls were just so darn good, I’m gonna have to share the recipe with you so you can make them yourselves at home! 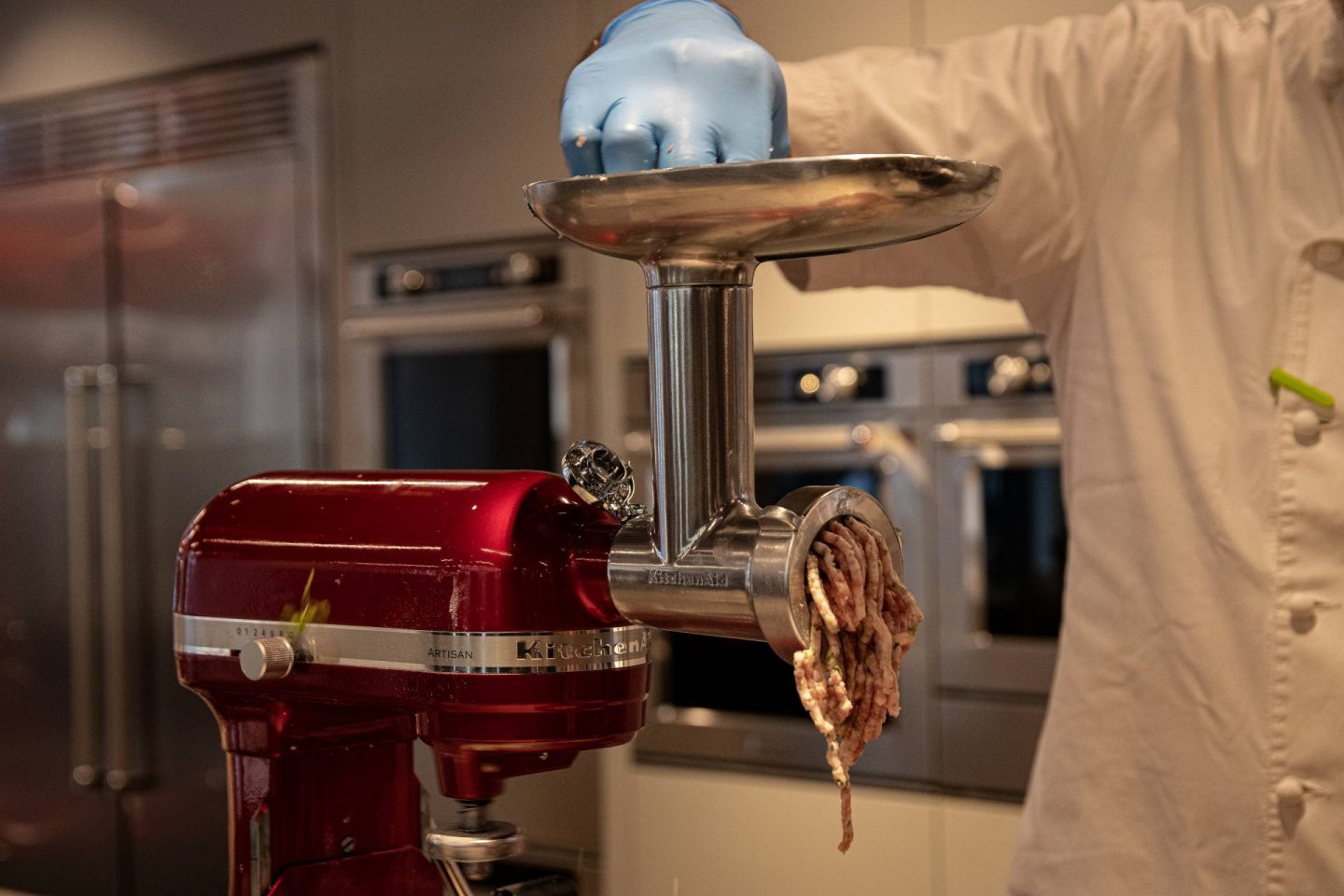 Peel and chop the onions first, then gently fry in olive oil

Add your two types of meat, breadcrumbs, onions, herbs and nutmeg into a large mixing bowl and stir.

If you’re lucky enough to have a KitchenAid then this is where it gets fun; install the mincing attachment and pass the mixture through the mincer.

If you don’t have a KitchenAid then your butcher will be able to mince your meats so you can just stir them all together in a large bowl. 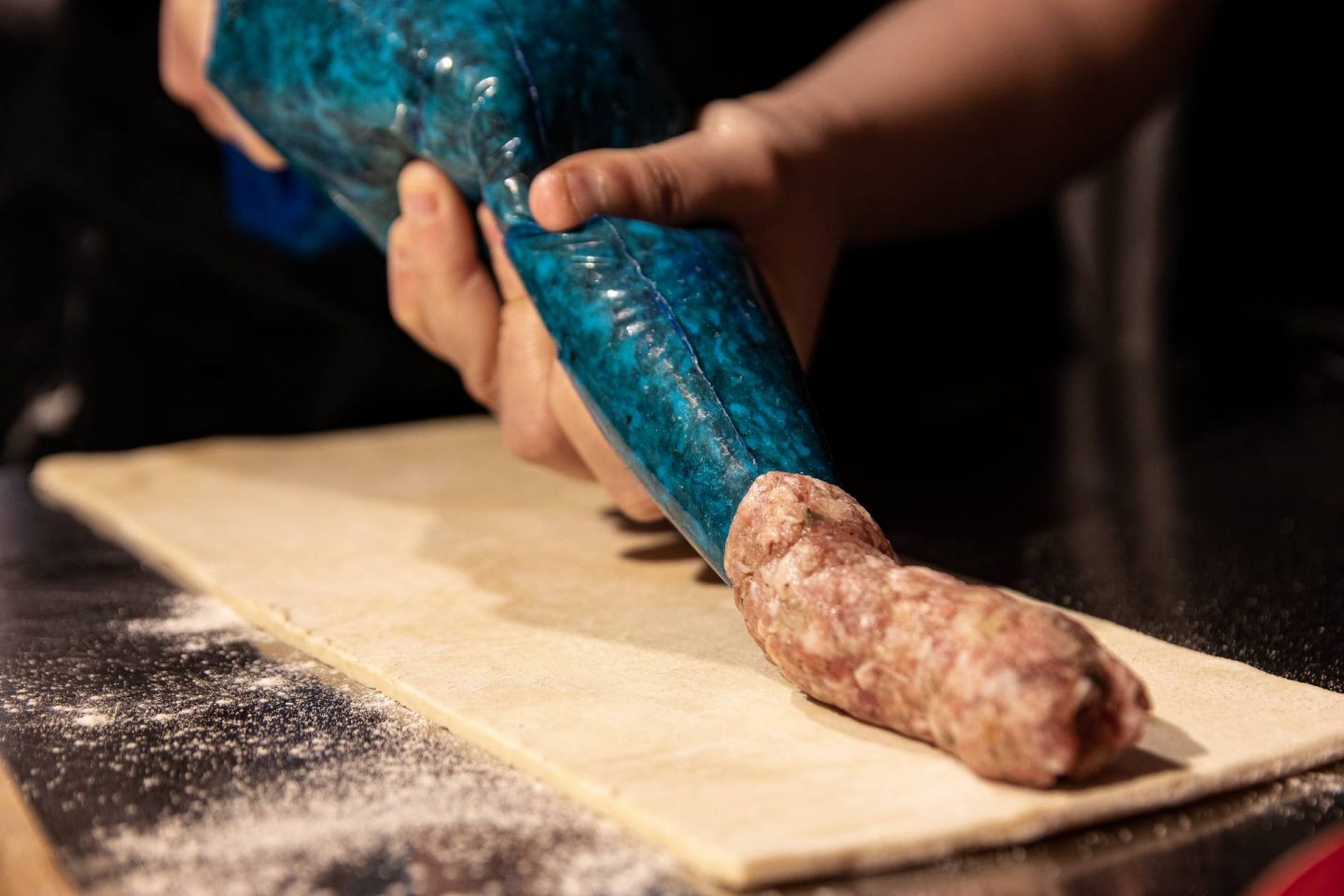 Unroll the pastry onto a side dusted with flour to avoid sticking. Cut in half longways.

Put your meat mixture into a piping bag as this keeps distribution even. Pipe the mixture down the centre of each strip of pastry. 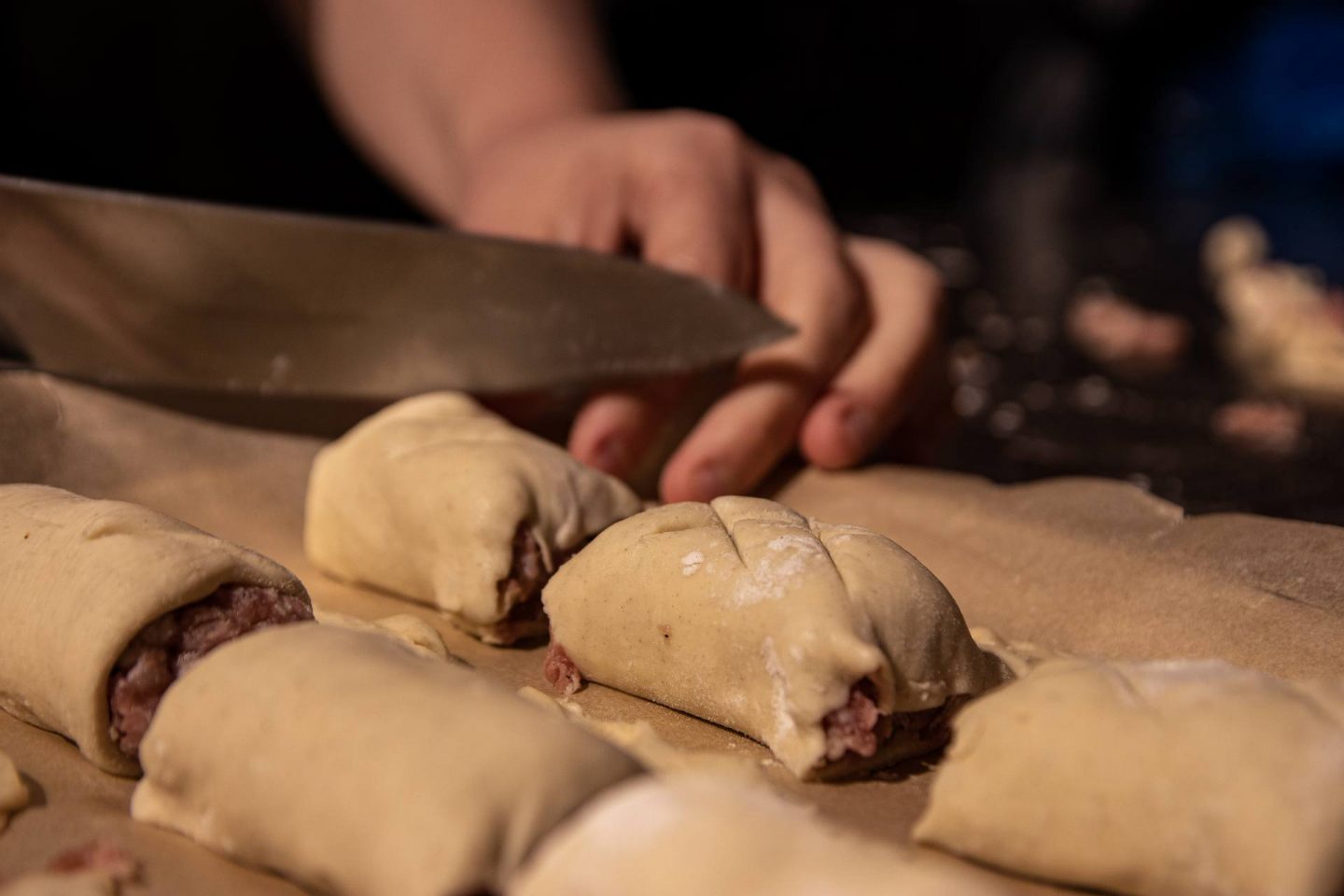 Use your egg as a sealant for when you fold the pastry over. Ensure they are sealed well so the meat doesn’t escape during the cooking!

Score the sausage rolls with a sharp knife and glaze with the rest of the beaten egg. 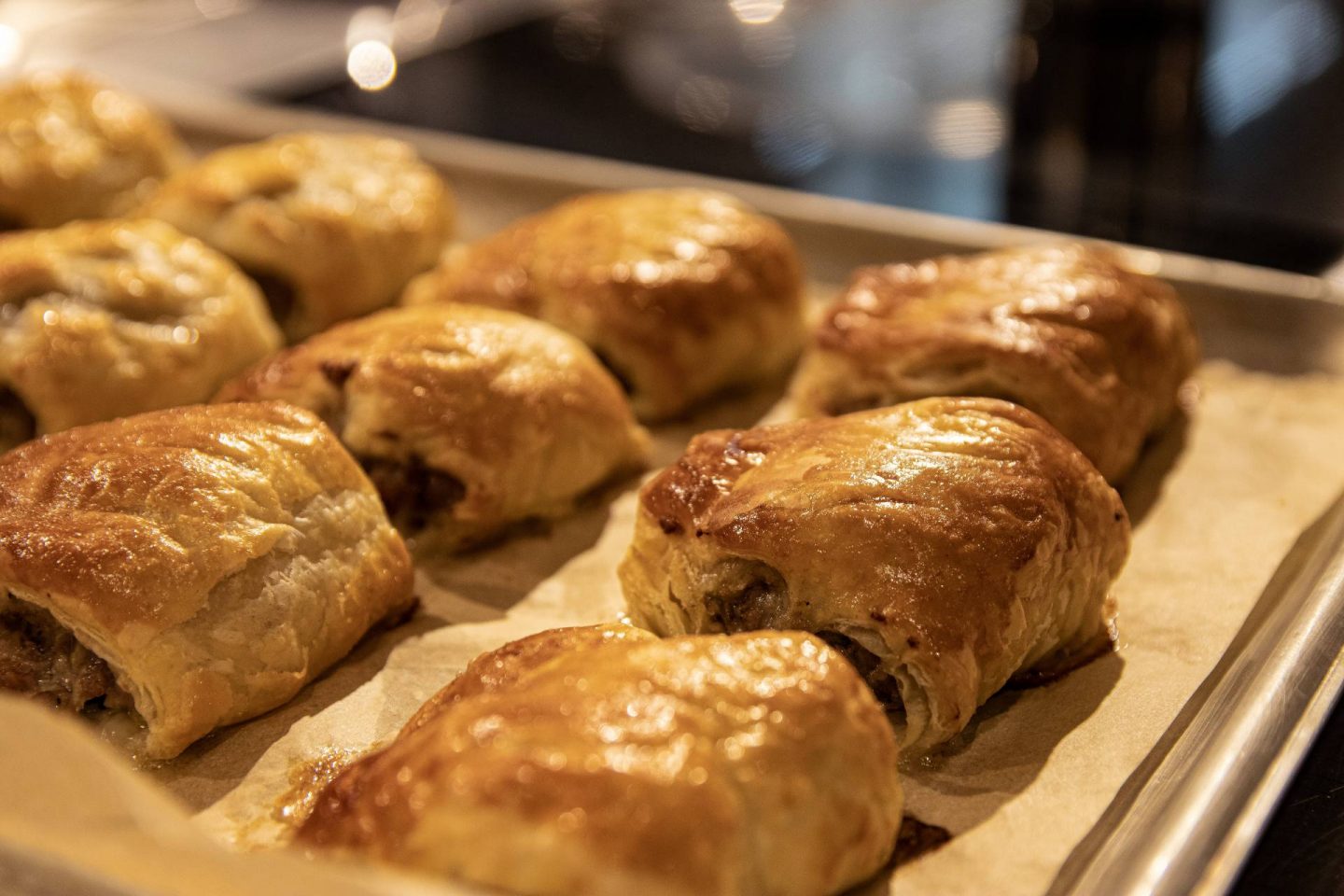 They should immerse looking just as good as those I made above! I ate mine warm with a healthy dollop of brown sauce.

This whole experience was such a good one and it’s inspired me to push the boundaries and cook more pastry based items at home; now, to buy my very own KitchenAid!

Spicing It Up at Little Havana, Camden…