Why Canary Wharf isn’t Just for the Working Week!

I was very kindly invited to stay at Point A, Canary Wharf in return for a review.  However, as always, all opinions are entirely my own.

When I think of Canary Wharf, I literally just think of the working week and city boys, I’m sure you do the same too! It’s where Mike works to so we never spend any time there as he hops on a train home or we go into Zone 1 when we do trips up London. So when I was asked to explore Canary Wharf I was more than game to see what the area had to offer once the workers had gone home and weekend rolls on in. 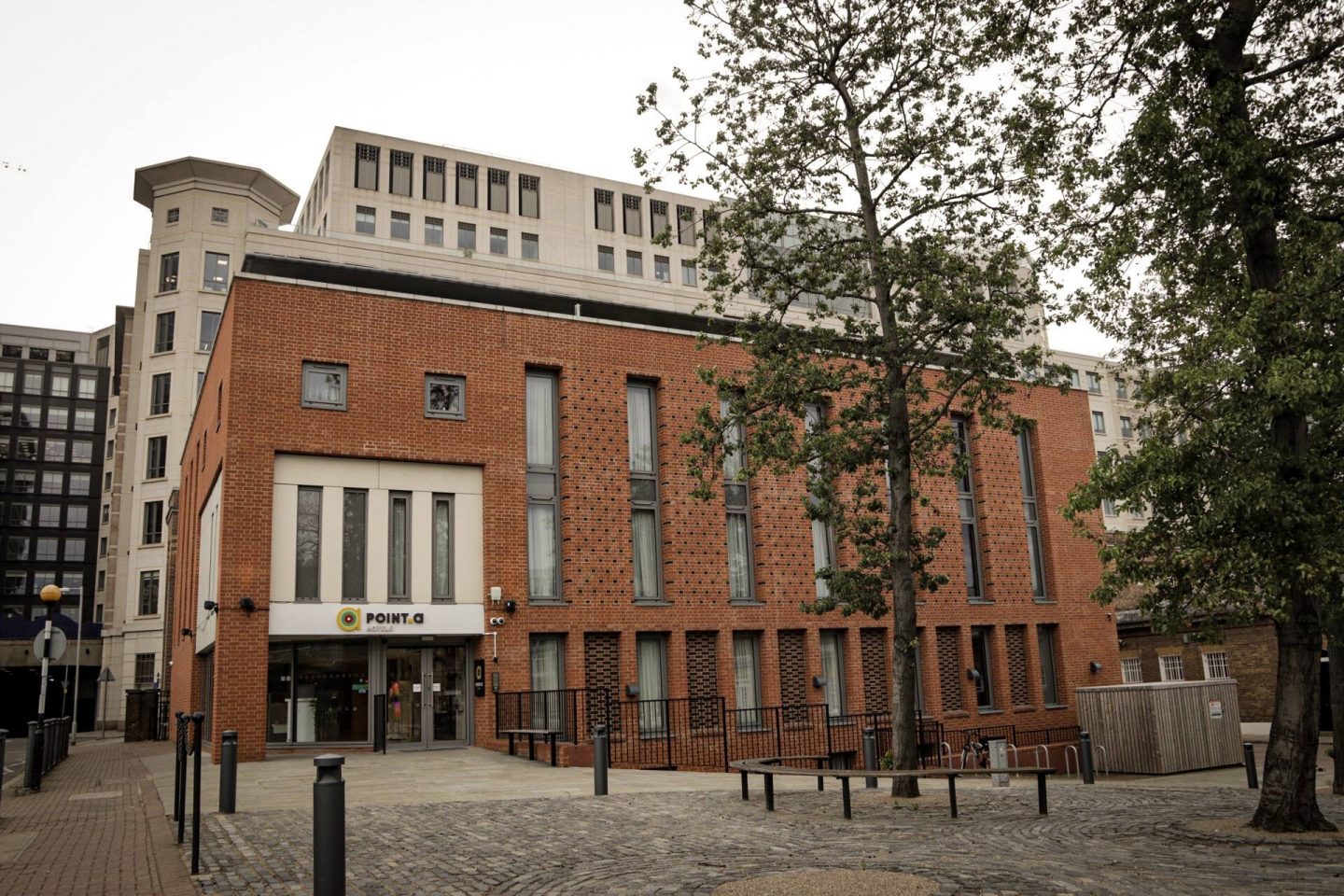 We used the Point A hotel as our base and we were really impressed with the location for the price! Rooms there start from £69 a night which is a right bargain for being in such a central location, just a few minutes walk from West India Quay and Poplar DLR stops and just a few minutes more from Canary Wharf Jubilee and DLR. 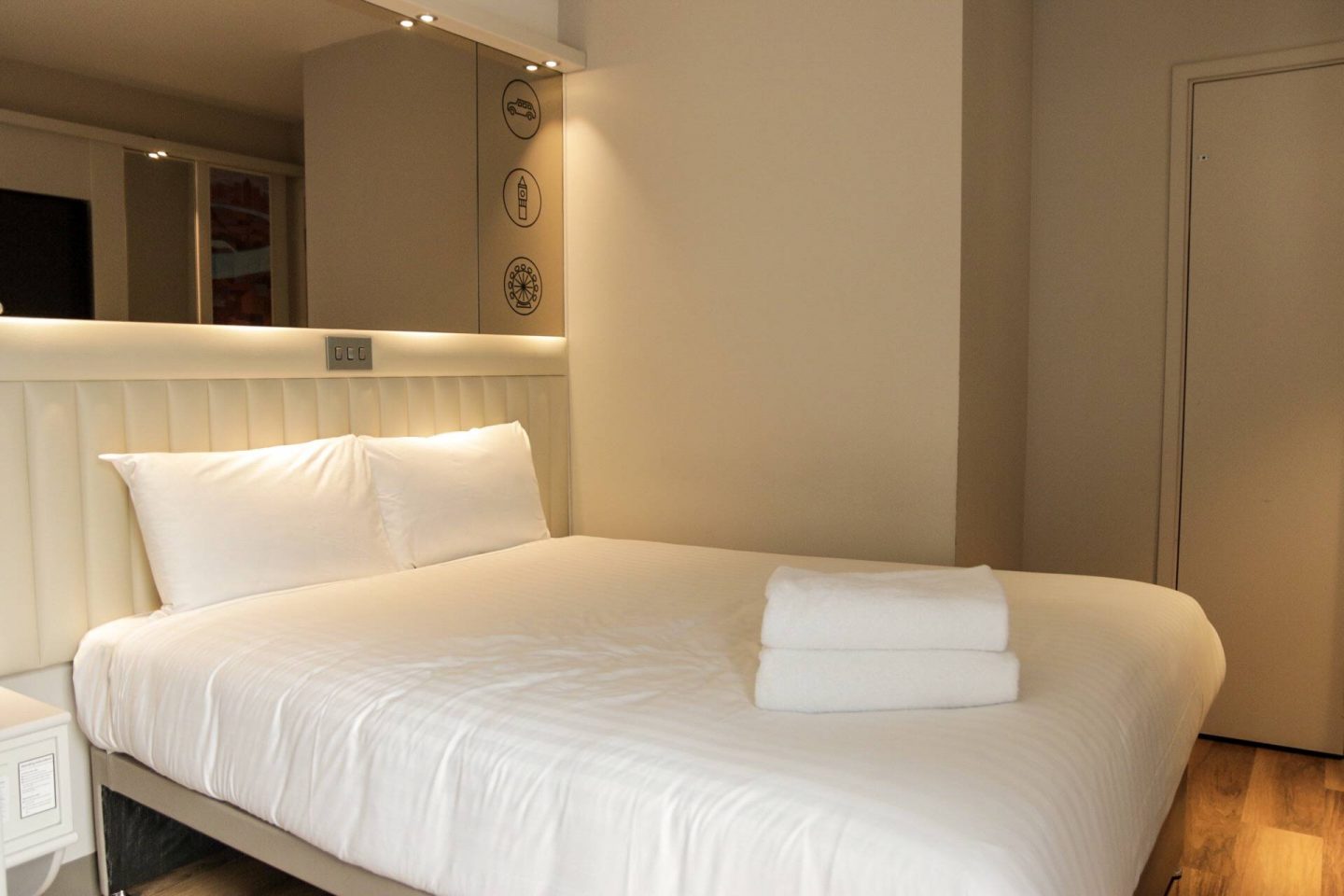 Our room was filled with exactly what we needed and nothing extra; this works well for us as we are pretty much ‘No Frills’ travellers. We don’t need a fancy room, we don’t need a ton of space, all we need is a comfy bed, some air-con if it’s warm and a place to shower. We don’t spend much time in our room so we don’t want to be paying for all the bits we don’t need or use. 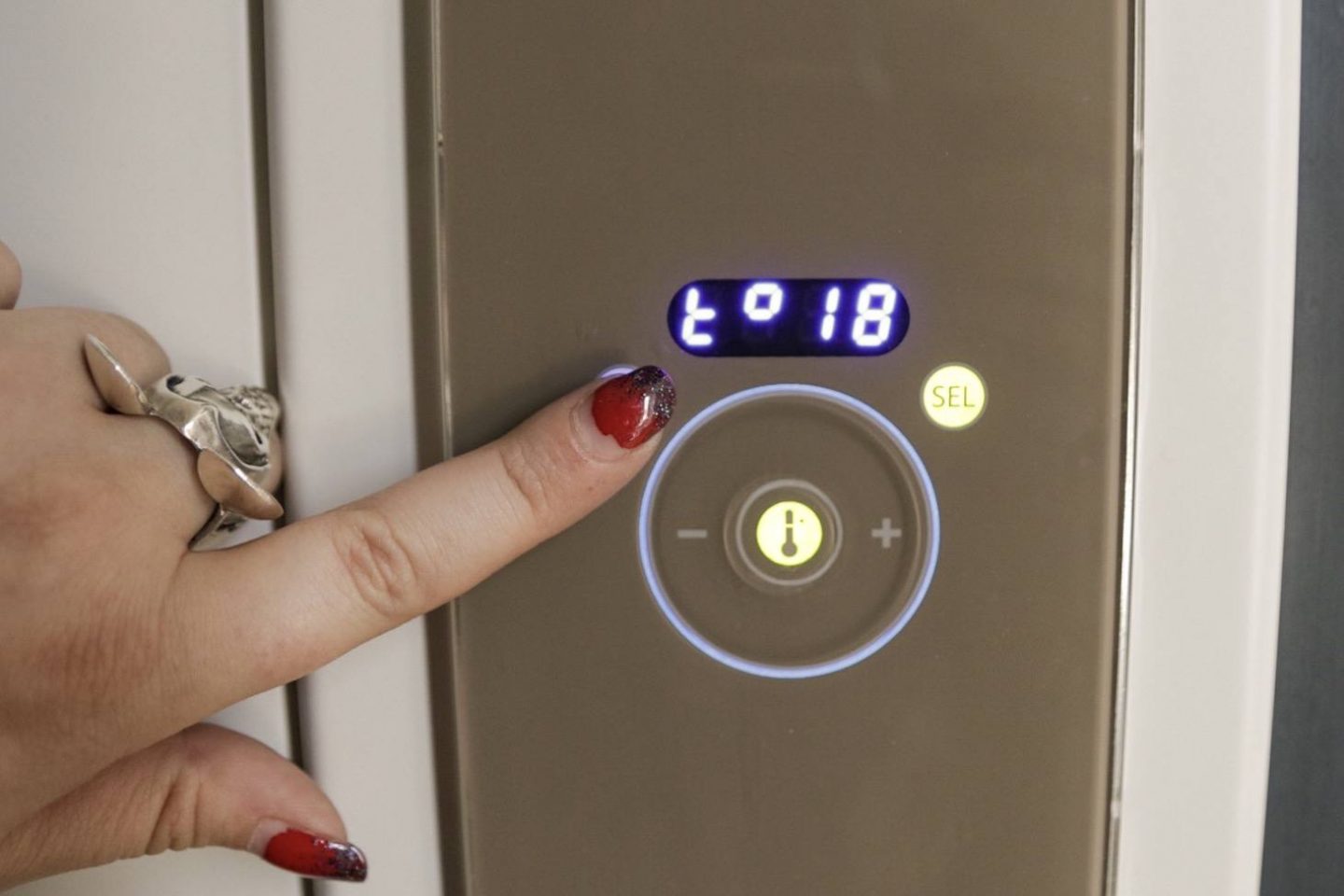 Our room at the Point A came with a decent-sized comfy Hypno bed, a really great power shower a rather large 40 inch TV that we enjoyed watching Saturday Morning Kitchen on whilst getting ready, a hairdryer, mood lighting which always entertains me greatly and some proper good air con all controlled by a nifty control panel. The wifi was really speedy to which was handy as I had a few works bits to catch up on whilst I was waiting for Mike to finish his working week.

Where to have Breakfast 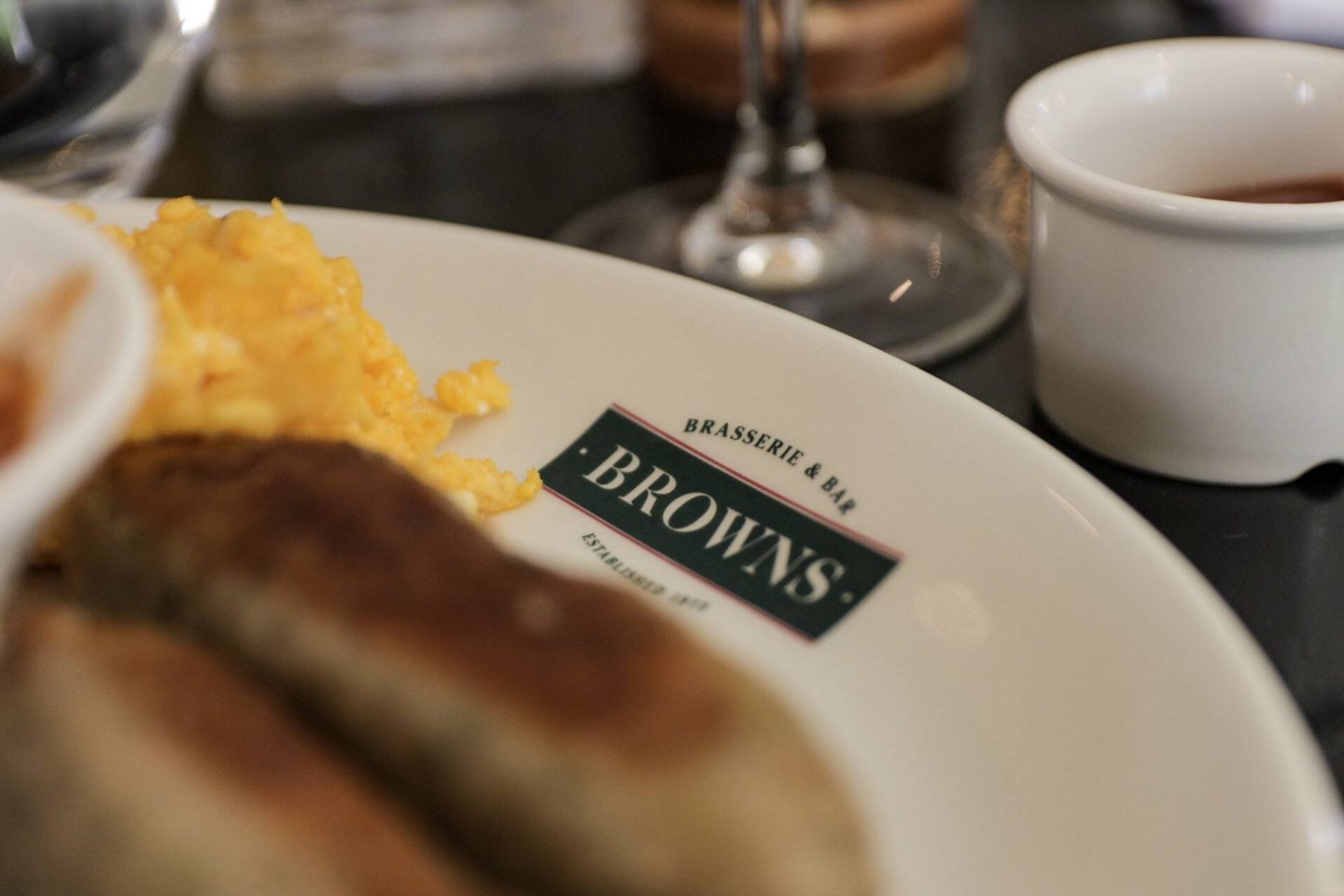 During your stay at Point A, you’re able to gain discounts at local bars and restaurants which is a really great perk, so we decided to use the perk at Brown’s Brasserie and Bar for breakfast.

Their menu was amazing and we both went in for full English as it’s something we love to do when we travel as we never have them at home. We were served a rather large plate of smoked bacon, Cherry Orchard sausages, eggs, baked beans, flat mushrooms, black pudding, grilled tomato, sourdough toast, and the most amazing Netherend Farm butter. I was rather tempted by the Browns lobster Benedict made up from toasted English muffin, lobster, Thermidor sauce, poached egg, buttered spinach, and covered in hollandaise, but it just means I will have to return.

Where to have Lunch 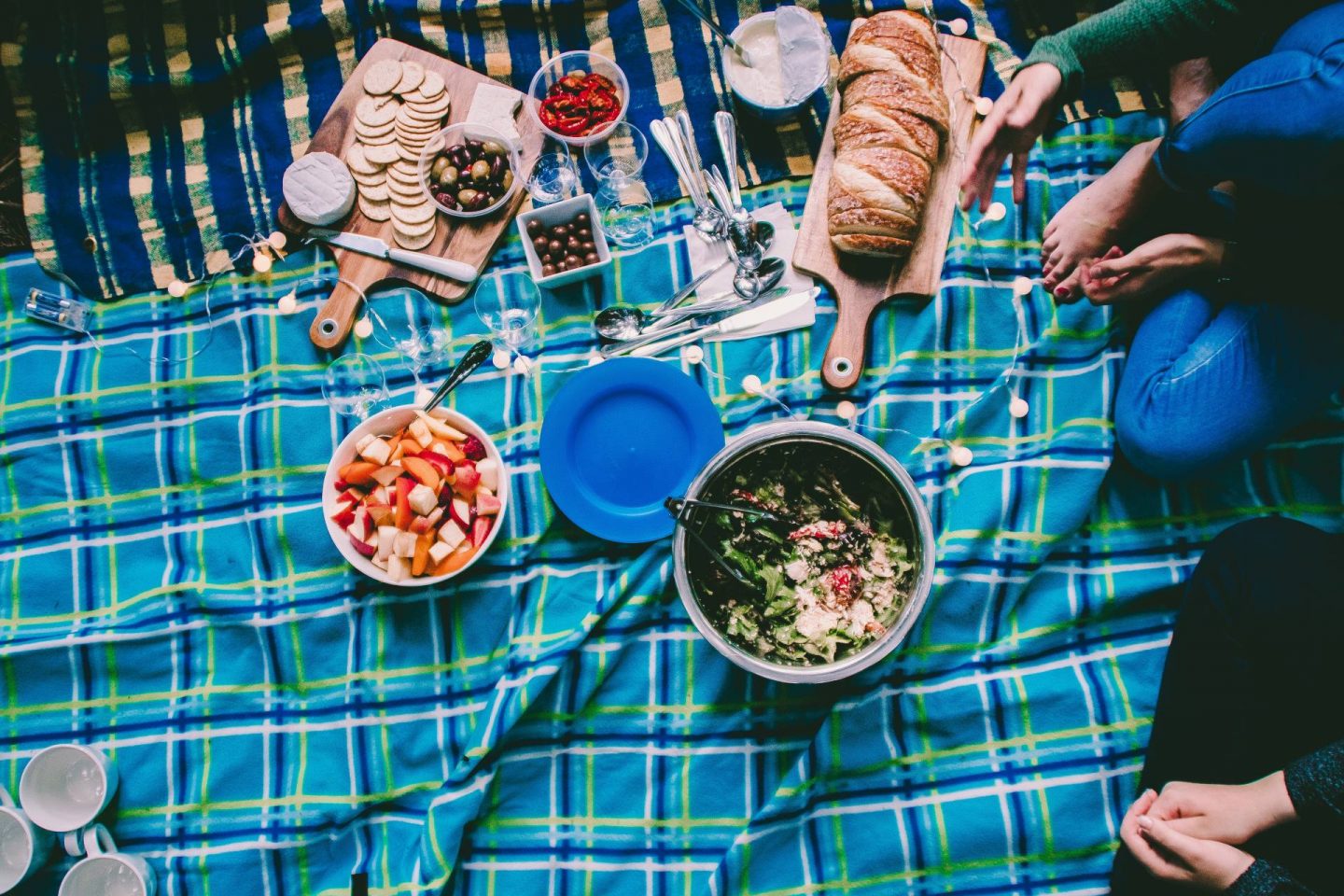 There’s plenty of great places to grab lunch whilst you’re on the move, such as Carluccio’s or the Big Easy but I’m a lover of a good picnic! Pop into Waitrose or Wharf kitchen to grab some grub, then head on back outside and take some time out to people watch in one of the many outdoor spaces.

Where to have Dinner 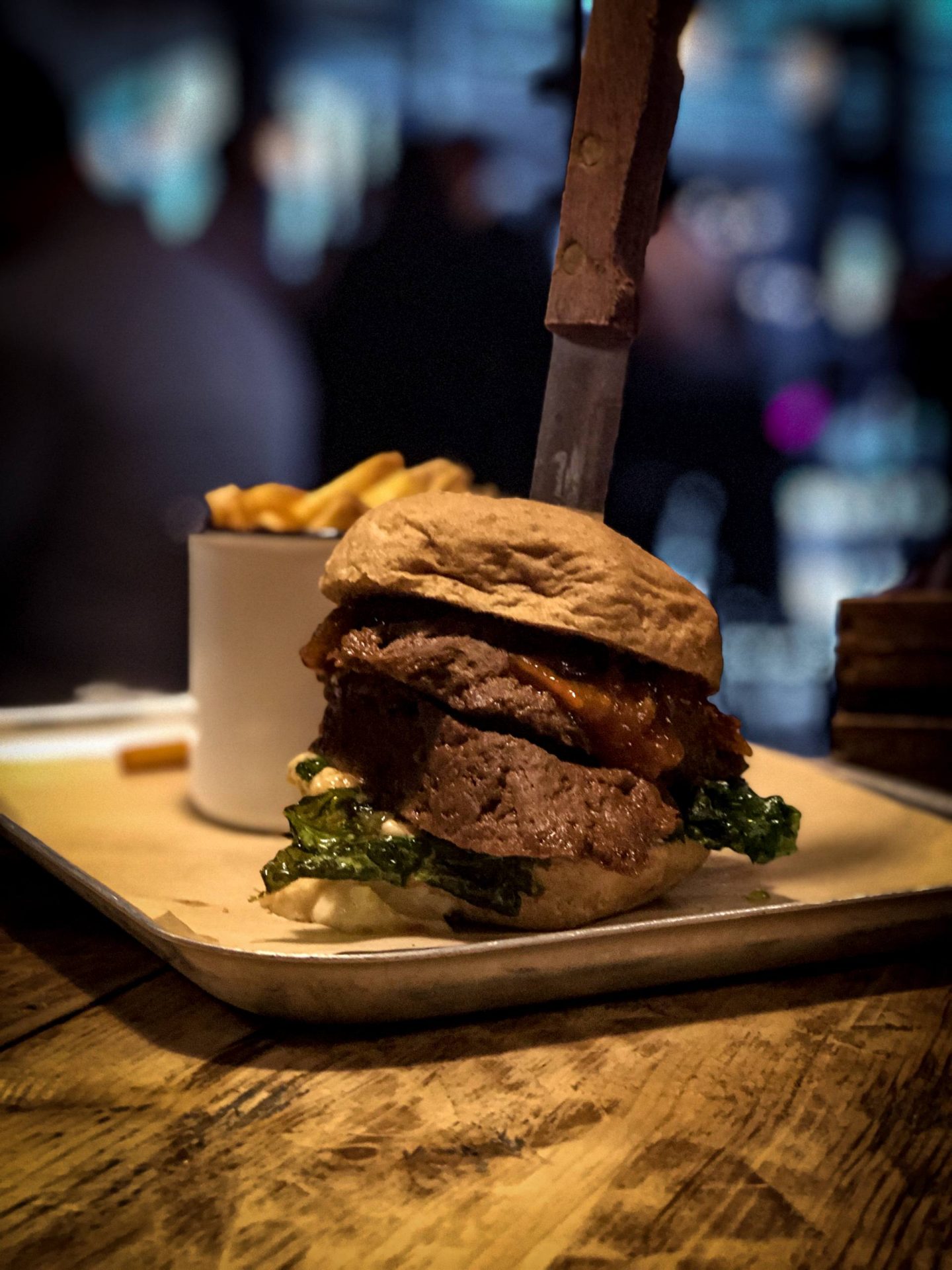 I’m a sucker for a trip to Brewdog, so when I knew there was one in Canary Wharf, that was where we were going to have dinner. I love a good beer and burger especially when it’s a really good vegan burger!

I ordered the Hail Seitan made with bbq seitan steak, crispy kale, sun-kissed tomato chutney with hummus in a beetroot
brioche bun and it was unreal! Brewdog have such a great veggie and vegan range that I’m gradually making my way through.

If you’re not one to stay where you’ve eaten, like we are, then I’d highly recommend The Merchant. It’s a Fuller’s pub but specialises in such an awesome array of craft beers. They have great beer and cider events throughout the year too which are on my radar for sure. 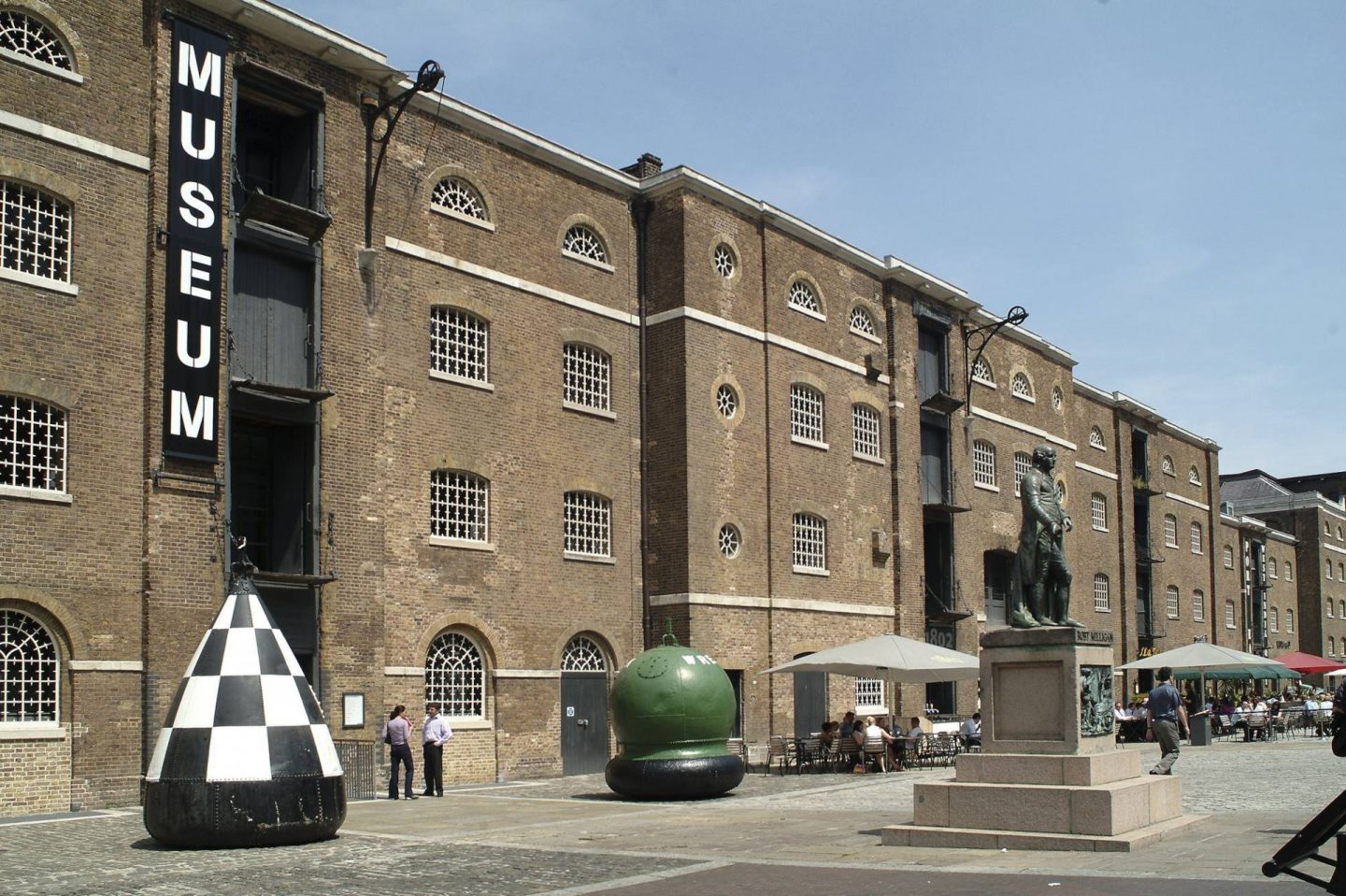 There’s a lot more to do in Canary Wharf than I thought there would be.

The shopping would more than cater to anyone’s tastes, the bars are going to become my place to be during summer and there’s even free crazy golf to try your hand at. During the summer there are big screens put up in Canada Square so you can watch the cricket, tennis, catch a film or two and have a drink or two at The Grandstand Arms.

My new favourite thing to do in Canary Wharf is the Museum of London, Docklands, as we popped by for a quick look and ended up staying for nearly two hours. We sat and listened to a talk on ‘The History of London Pubs’ which was so interesting and we learned a hell of a lot too.

But if you’re feeling really out there, and want to do something a little different, then you need to get yourself on a Hot Tug or head over to Point A’s blog for more ideas.

Canary Wharf really has so much to offer of a weekend and the Point A hotel is the perfect place to call home for your trip.