Where to Find the Best Vegan Food at Music Festivals

I’ve really been trying my hardest to cut out meat from my diet and for me, festivals would be a place I’d eat a fair amount of meat as grabbing a burger, hot dog or kebab is just so easy! So these last few festivals I ‘challenged’ myself to think out of the box and go 100% vegan.

I’m not going to lie, it was just so easy! Cornbury Music Festival and 2000 Trees had such incredible vegan offerings that I actually felt a little stressed as to what I actually wanted to eat each mealtime as I didn’t want to miss out on anything! 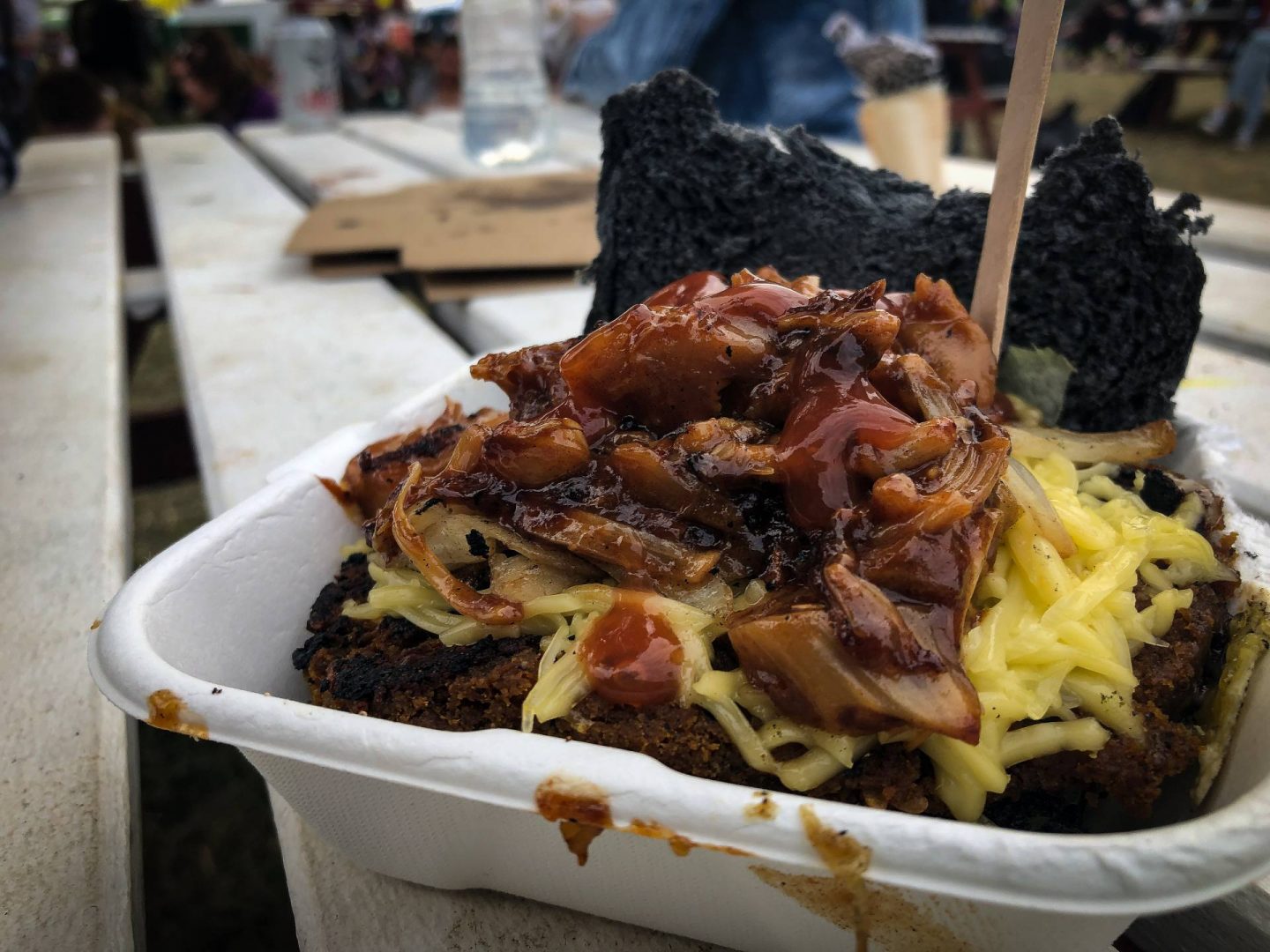 This was the last vegan meal I ate at 2000 Trees and I 100% saved the best til last with Seitan’s Grill. I had wanted ‘The OG’ all weekend but held off until just before heading home and I’m so glad I did.

The team from Seitan’s Grill were just so nice too; they told us that they only use the finest organic ingredients, and the freshest local produce to create their homemade vegan alternatives to junk food classics. We had added jackfruit to our burgers along with the onions, vegan cheese and salad this was one of the best burgers I’ve eaten; both vegan and non-vegan, even Mike agrees! I can’t wait to stop this van at another festival so I can try their other offerings. 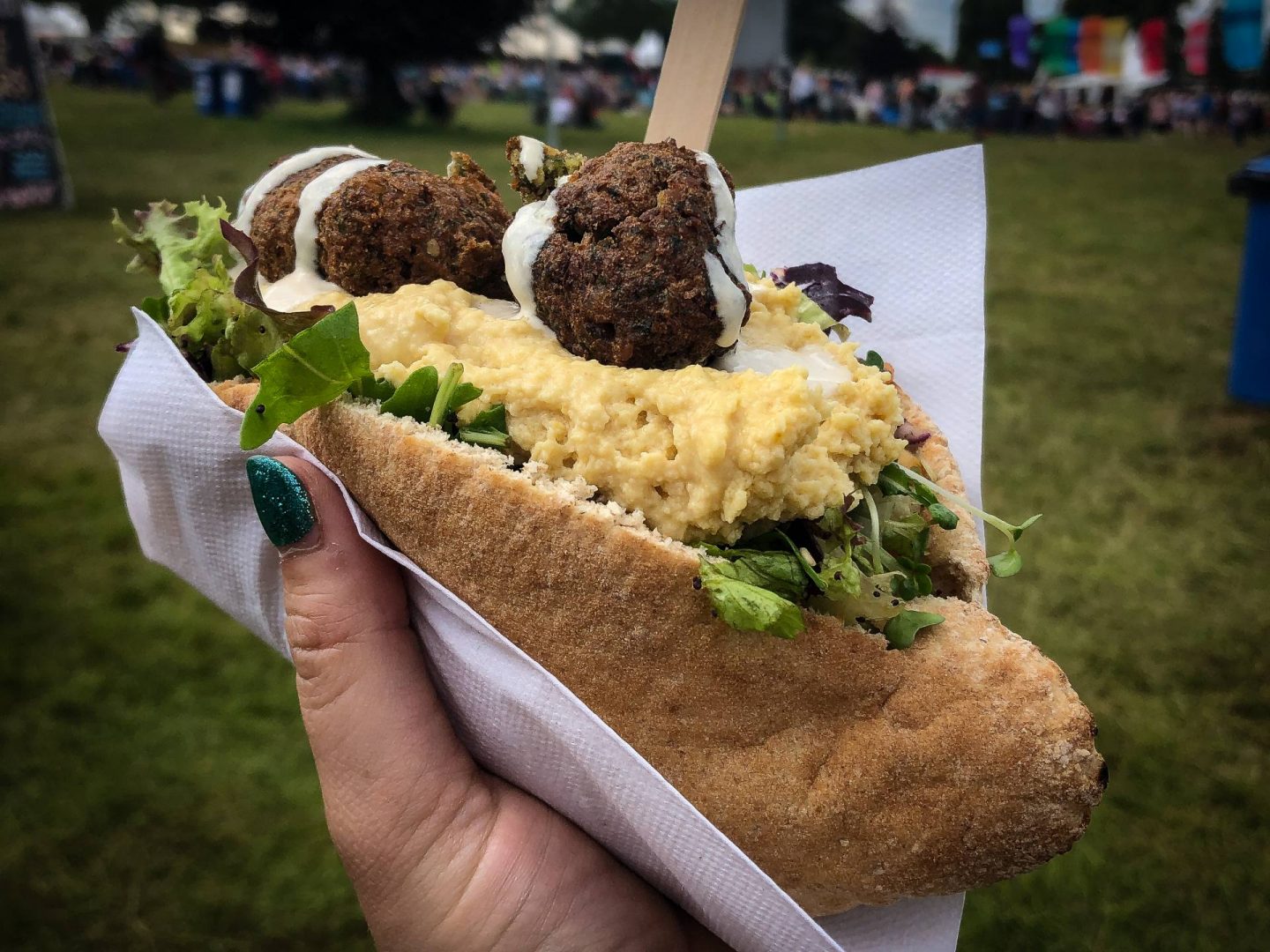 I’ve eaten from Goodness Gracious Healthy Foods at Slam Dunk and at Cornbury Festival, both times did not disappoint. I had the Falafel pitta with extra hummus which was really tasty. This pitta was filled to the brim with all kinds of salad which was the perfect meal at a festival; I’m partial to a few beers and ciders so eating healthy is something I’ve become more conscious of recently.

They have such a great menu of vegan foods with the option to add halloumi if you’re veggie so there’s plenty of choices here for all times of the day. 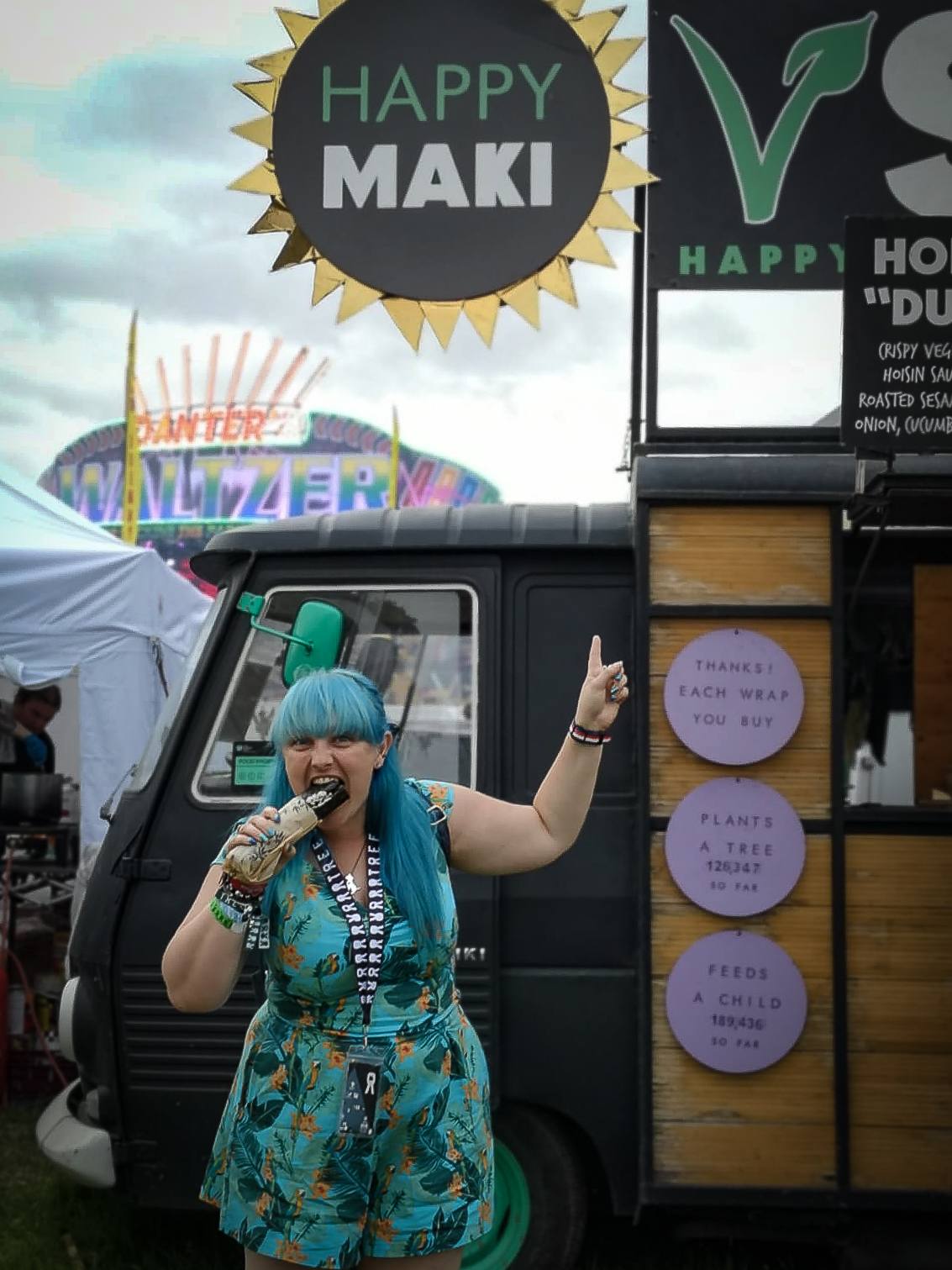 I’d heard so many good things about Happy Maki, that I made a beeline for them pretty much as soon as our tent was up at 2000Trees. I had quite a hard time picking from the menu as all of the options sounds delicious. After much deliberating I finally picked the ‘Hoisin ‘Duck” wrap made with crispy ‘duck’, roasted sesame seeds, avocado, red pepper, cucumber, spring onions and of course, hoisin sauce.

It was amazing; I need to know how to make these are home as they were so good. We had really great service too which always adds to the experience! 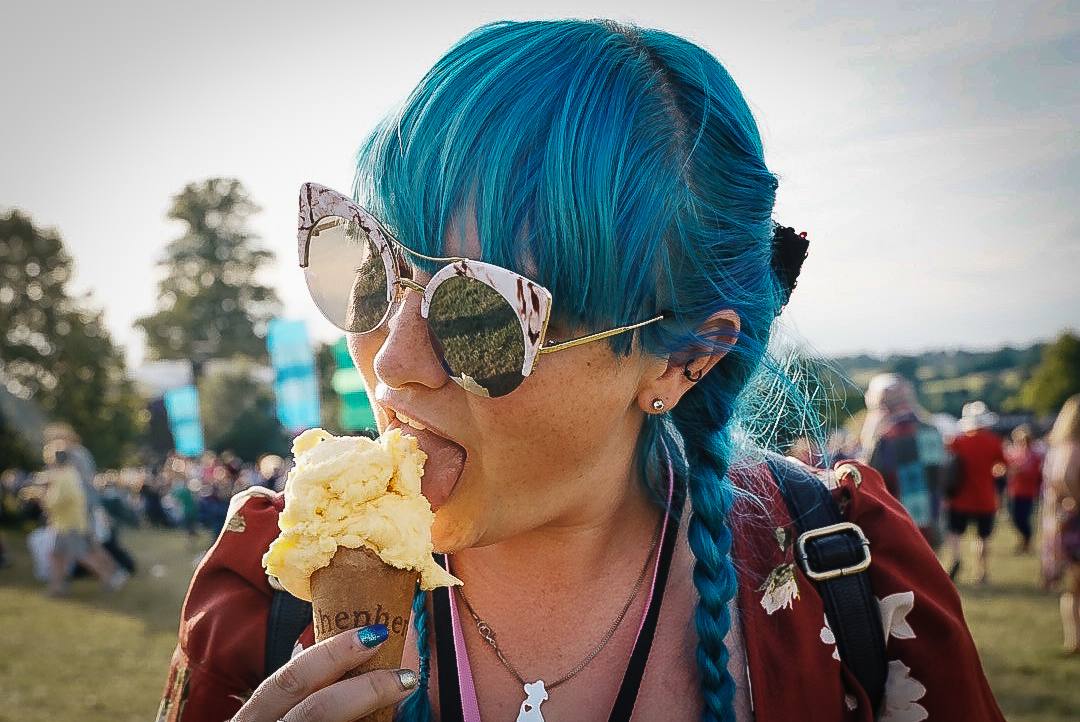 Shepherd’s Ice Cream is usually made with sheep milk, but they do have a few vegan options on closer inspection and their cones are vegan too. The staff kindly checked the ingredients for us and showed us too so we were happy with ordering them.

As the sunset over Cornbury Festival, I picked up a Mango Sorbet that was the perfect way to end my eating stint there. It was light, flavoursome and I didn’t really want it to come to an end but it had to as I was about to photograph the Beach Boys. What an epic hour! 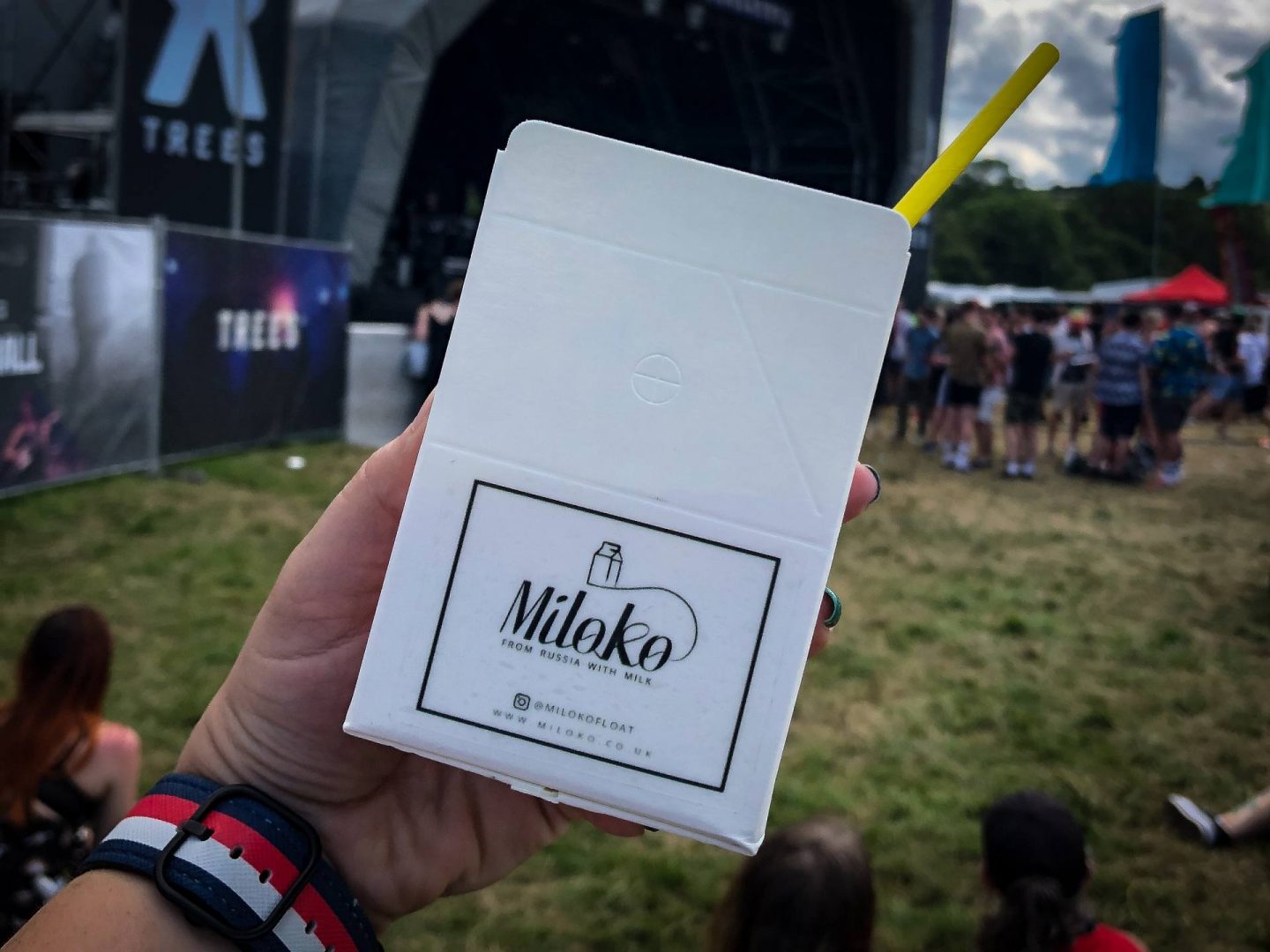 The Miloko Float was one of the stands we visited more than once as they had so many different vegan cocktails we just had to try more than one! My personal favourite was The Coconut One made with coconut milk and Mike’s favourite was The Whiskey One. The staff were all game for a laugh whilst mixing your cocktails which made the experience more memorable too. I just need to try a couple more next time I see the Miloko Milk Float to make a ‘professional’ judgement of which one I enjoy the most as I haven’t quite tried them all yet!

What festival have you had great vegan food at?

Behind the Scenes at Glastonbury