Getting Heartfelt With Moonpig *

*I was very kindly invited to the #HeartfeltWithMoonpig event. However, as always, all opinions are entirely my own.

As we all know, I’m a proper Grinch. I don’t really get into the Christmas spirit unless it’s anything to do with The Nightmare Before Christmas which is 100% a Halloween film (don’t @ me!) BUT something very strange happened at the Heartfelt with Moonpig event, something that hasn’t happened in quite some years; ya girl enjoyed a Christmas themed event and I didn’t catch fire! I think it may have had a little something to do with the amazing cocktails we made but more on that later!

Moonpig are the countries leading personalised card making website, but we all knew that right? Not only do they do awesome cards, but they also do a hell of a lot more too… let me show you! 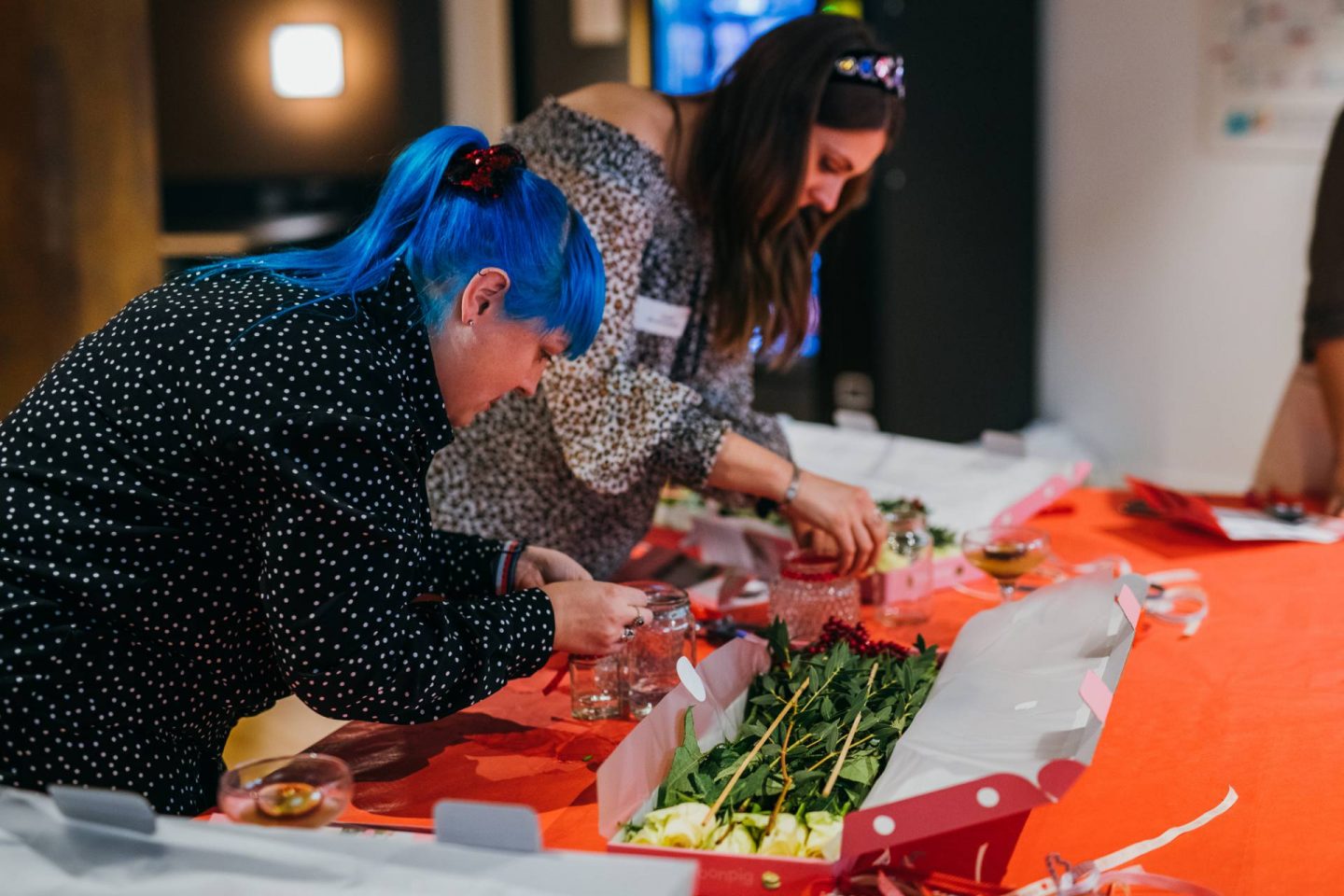 Moonpig stock a huge array of flowers that can obviously be used as gifts for friends and family but they can also be used for table decorations which is exactly what we go up to on our first stop at the event. I picked the stunning rose delivery box, which is packed flat in a box so it can be fitted through most letterboxes! 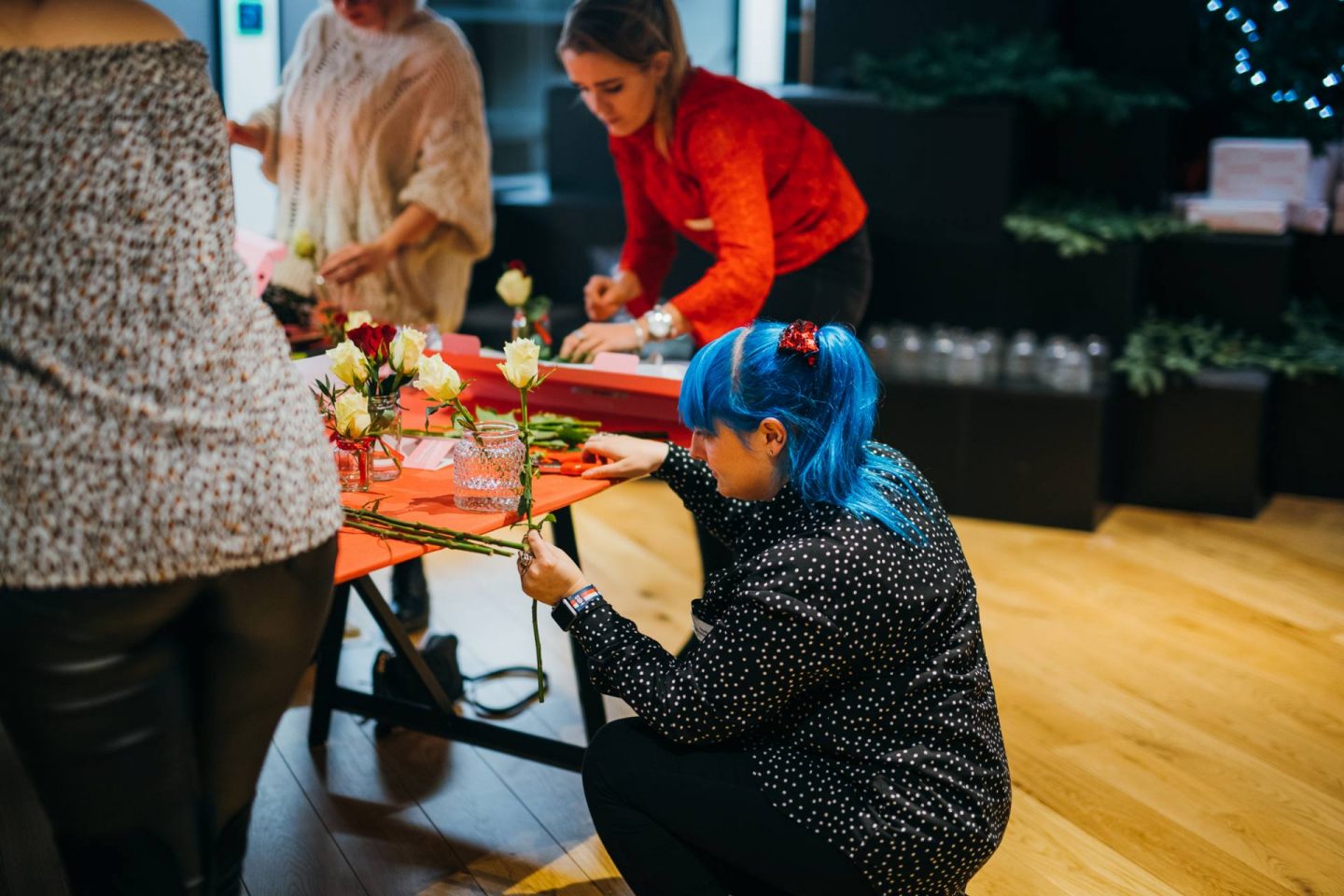 We picked three different sized glass jars, adorned them with ribbon, cut our flowers to size and hey presto, I’d made myself a rather fetching centrepiece. I was well chuffed with the outcome as I really do lack skills with hands-on crafting!

Next up we moved to the cocktail making, which was 100% the downfall of me that night… 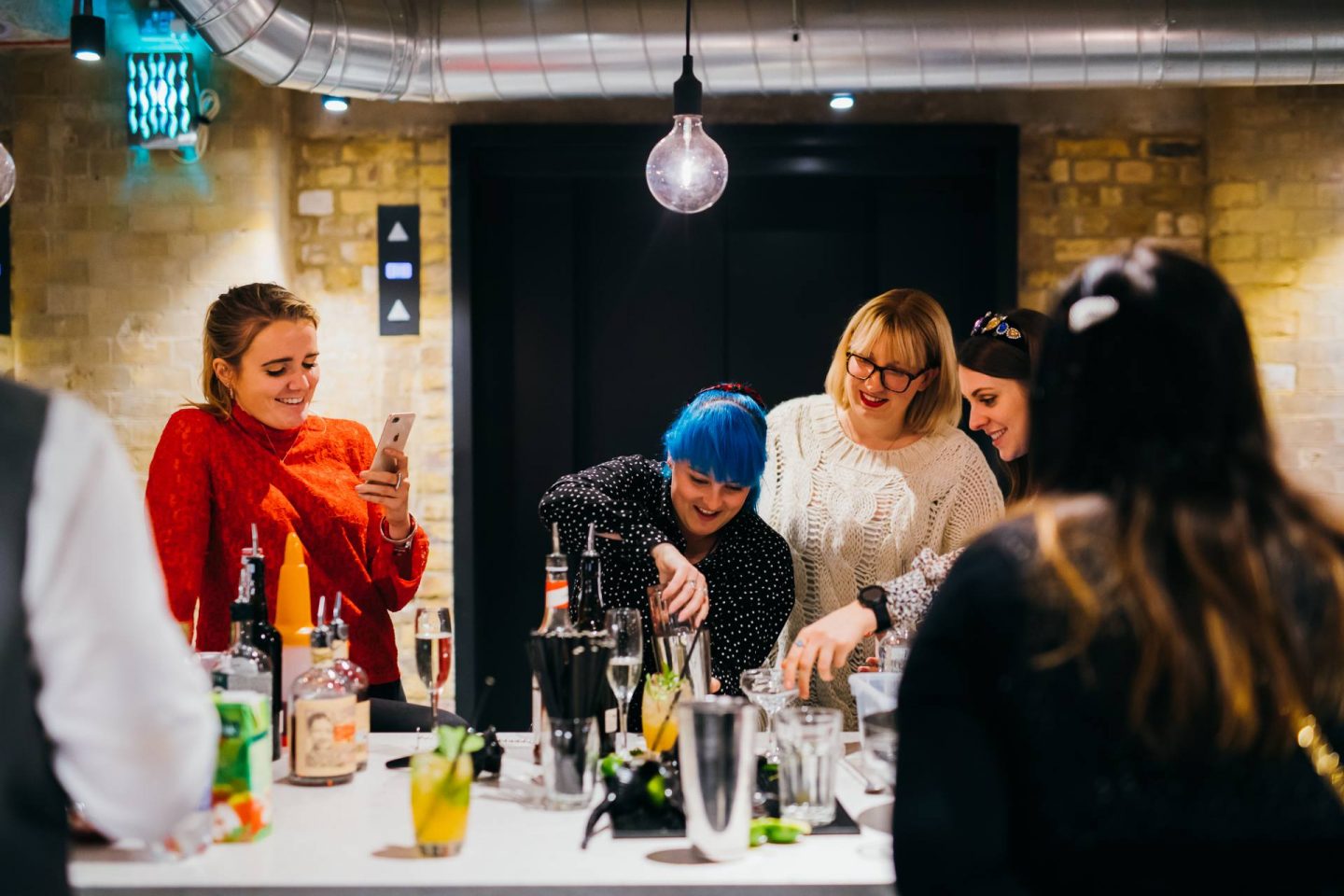 We made a cocktail all together to start in the form of a Gingerbread Mojito made with Rum, Mint, Lime, Gingerbread Syrup, and Soda. Well, I left the mint out as I hate the stuff but I did win the best-looking cocktail which I will take for sure!

Things then got competitive with a speed making round of Port of Call made with Gin, Port, Cranberry Sauce and Cinnamon Syrup where Laura and I took it SO very seriously and naturally, we won that too! Not that I’m bragging or anything!

The final round was flaring and making a Christmapolitan from Amaretti, Lime, Cranberry Juice, and Champagne. We left the flaring and bad joke telling to Em whilst we made the cocktail as a team with Sophie. Despite the fact our jokes were a little on the mark and I spilt a lot of the drink on the table, we nailed that too; maybe a career in cocktail making is in my future as drinking them all shouldn’t be!

So after drinking all those cocktails, we were let loose in making Personalised Christmas cards with Santa. 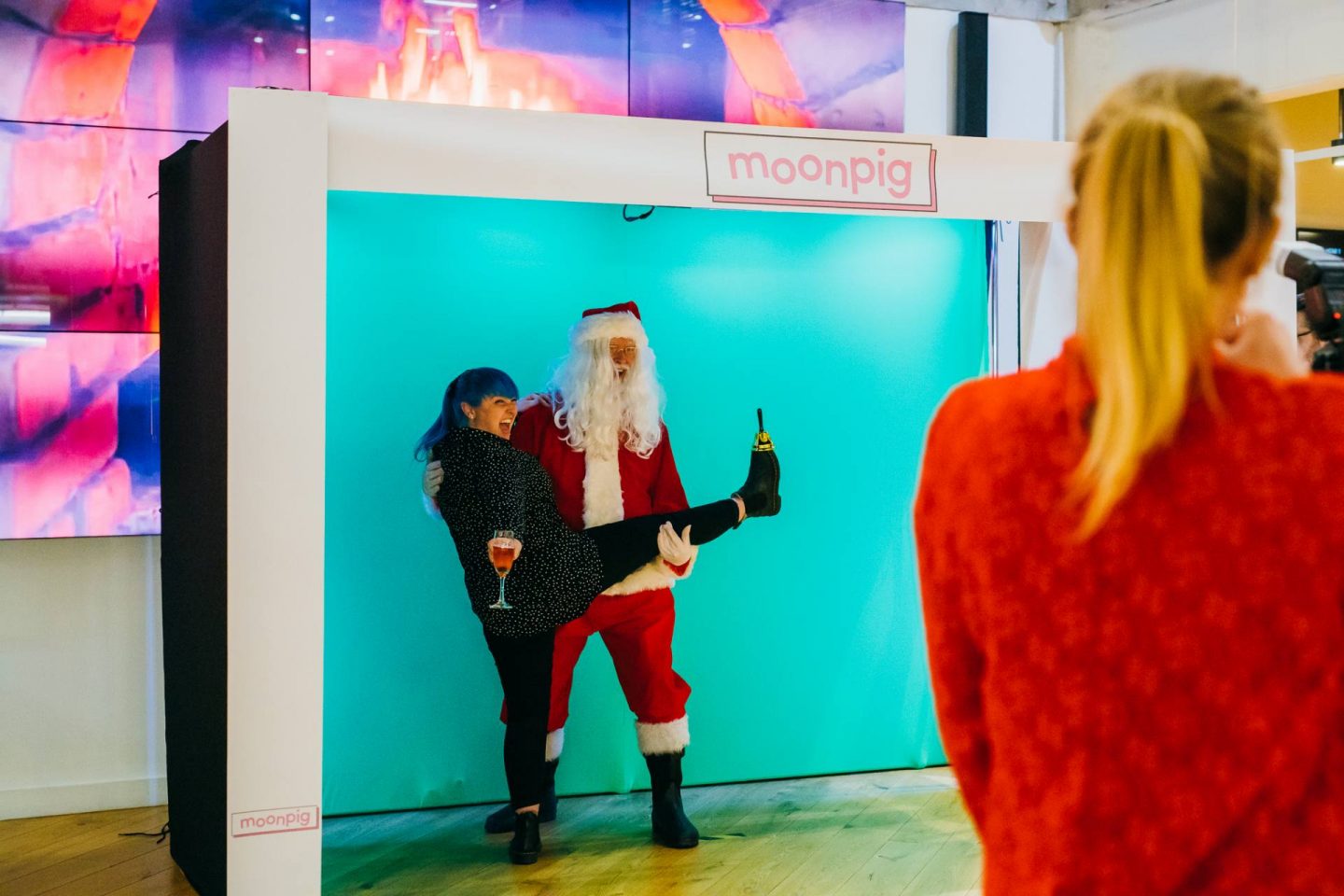 I have no idea why I thought this was a good idea to make this photo into a Christmas card for Mike to be delivered next week (let’s hope he doesn’t see this behind the scenes shot first!) but I did and it’s too late now!

I love making cards on Moonpig as everything is so personalisable and it’s always such a fun process! Let’s just hope Mike enjoys it as much as I did!