A Guide to The Bermondsey Beer Mile, London

Just before we plunged into Lockdown 1.0, Mike and I decided to take on the challenge of the Bermondsey Beer Mile! We didn’t manage to complete it as we got a little too comfy in some places with having more than one drink or chatting to people that we didn’t realise the time and bars began to close up!  We also really needed a proper meal as we did a lot of drinking and not a lot of eating!

We plan on heading back and starting at the other end to meet back where we finished last time so we can say we have officially completed it! 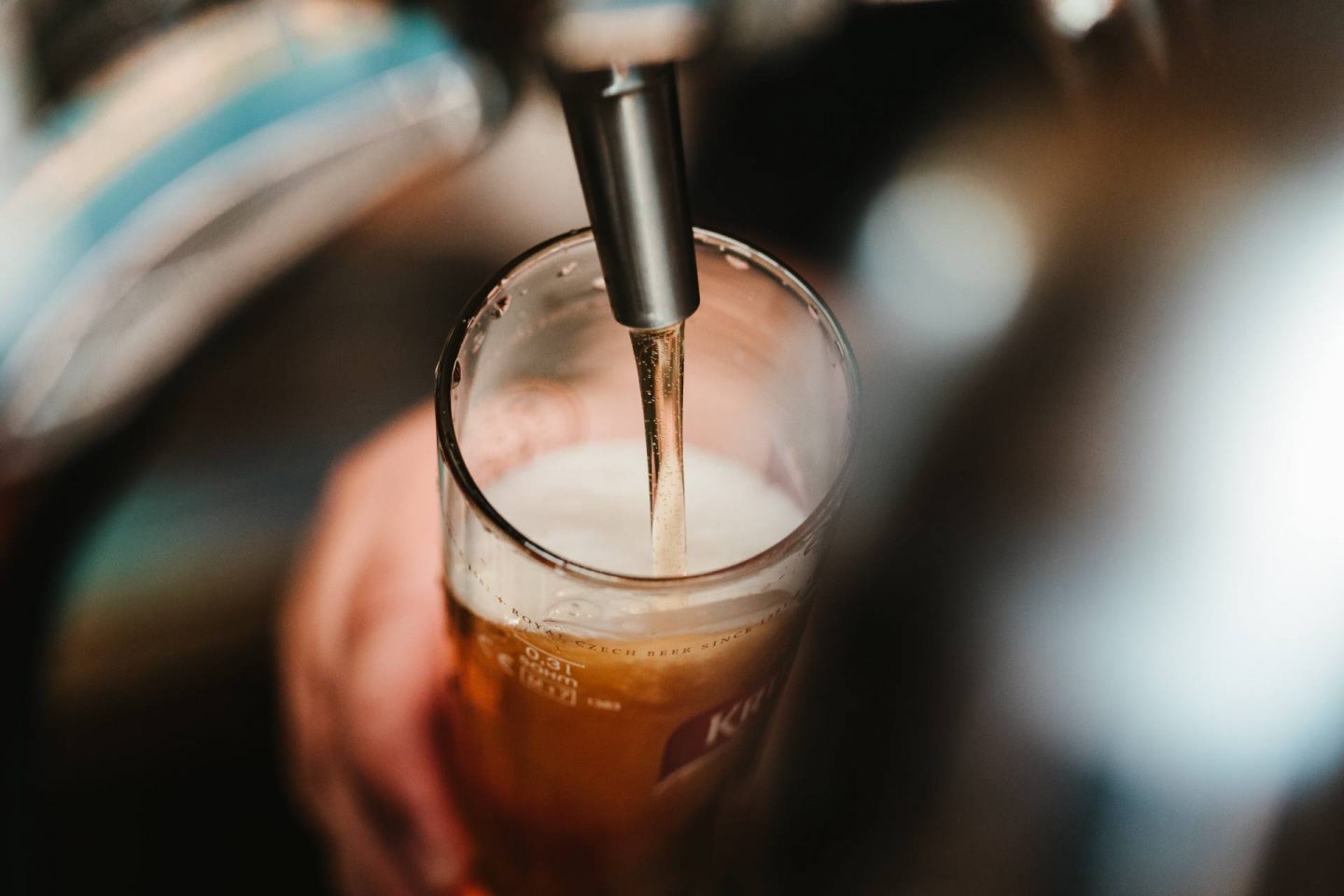 If you take the train to Bermondsey station then walk on down to Maltby Street Market. This is not actually a bar, but it’s a great place to grab some food to line your stomach. When we visited we had an amazing grilled cheese sandwich and a stunning Banh Mi with a couple of Bao on the side for good measure. There are a few bars in the market, but we skipped those as there are plenty on the ‘actual’ beer mile! 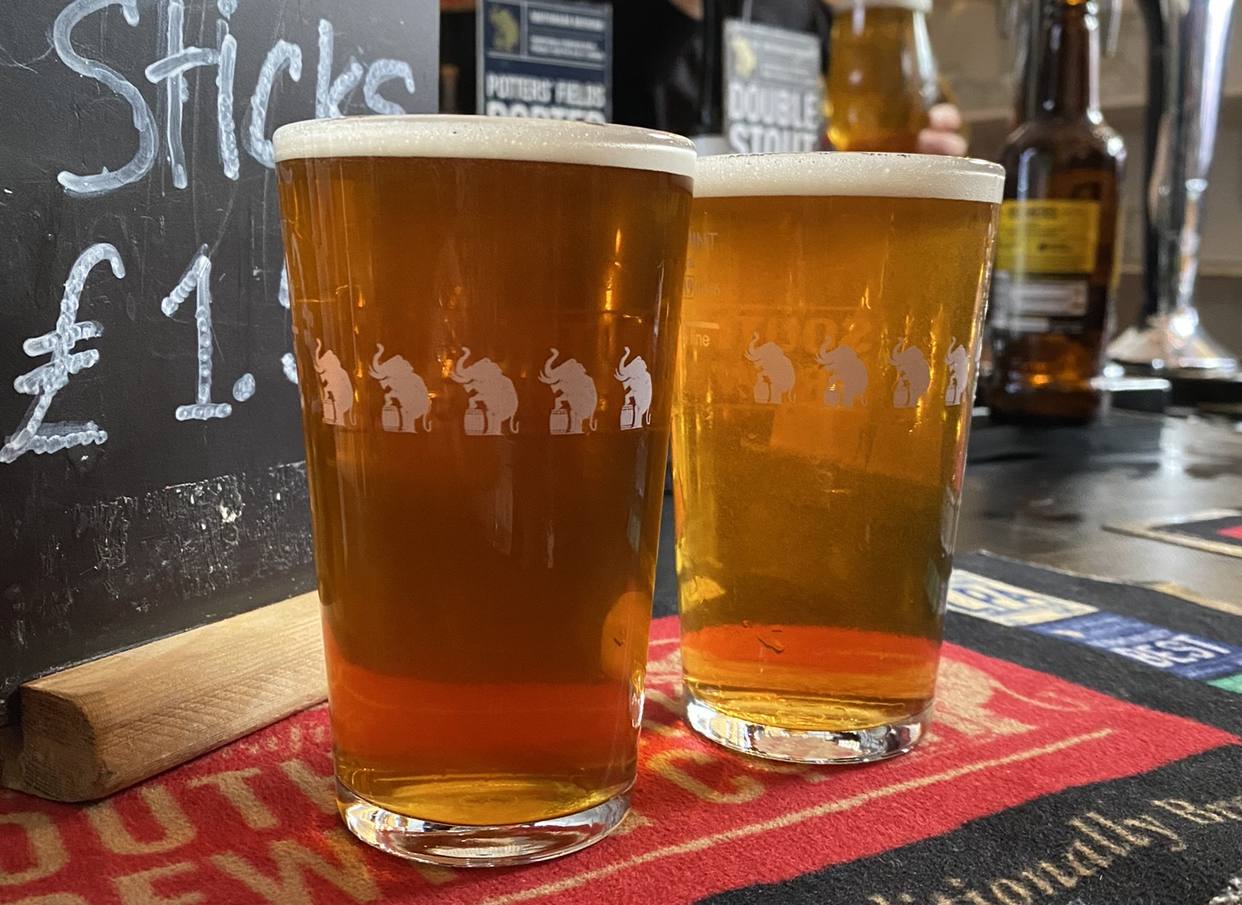 The first beer stop is Southwark Brewing at 46 Druid Street. Southwark Brewing Company was founded in 2014 by Peter Jackson and his lifelong friend Andy Nichol. Since then they have brewed over 100 different beers and have enjoyed every single one! 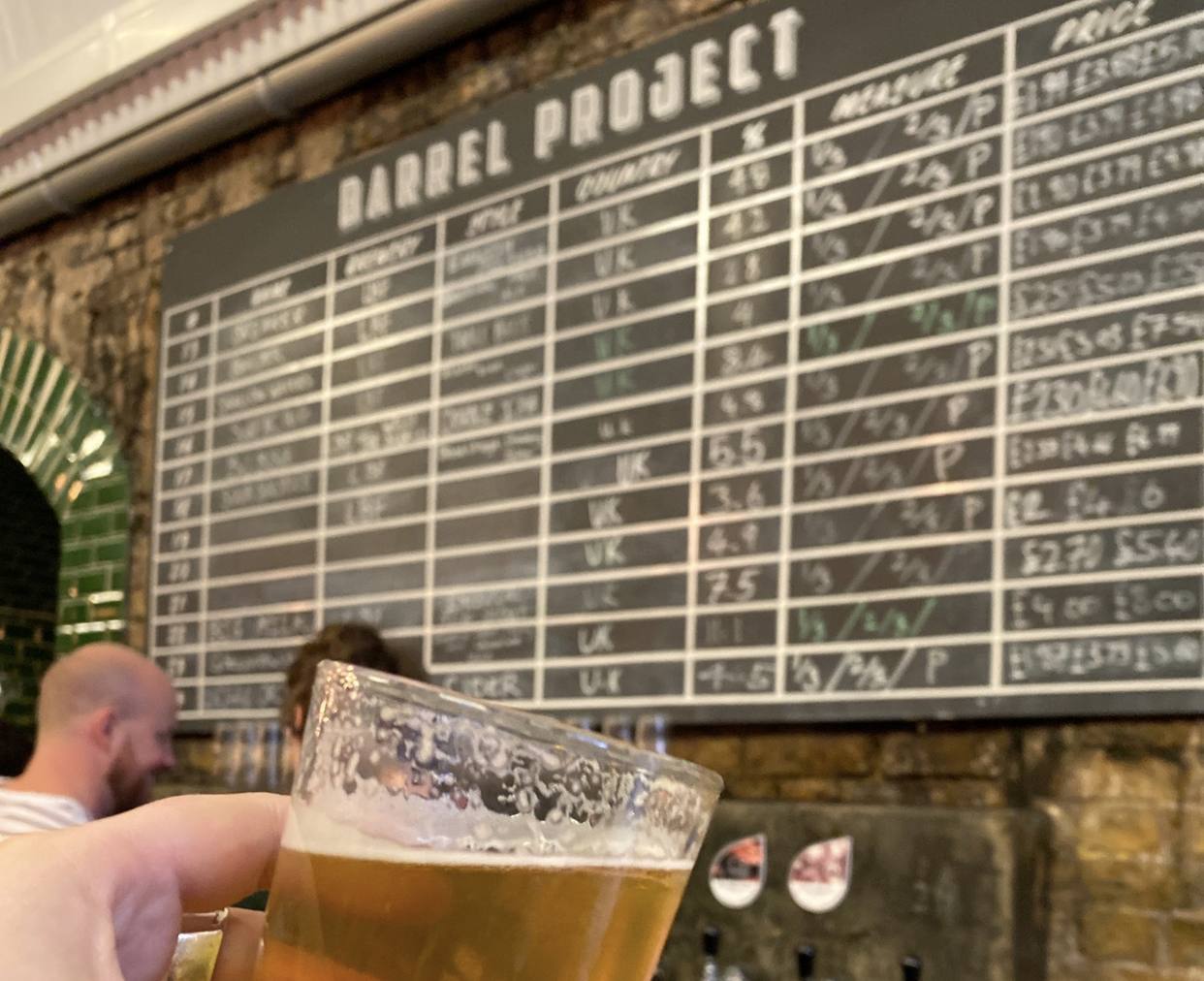 The Barrel Project, part of London Beer Factory, at 80 Druid Street is your second stop. The Barrel Project serves house barrel-aged & craft beers across 24 taps. They also have an in-house kitchen with a changing menu all nestled under a Victorian rail arch, containing 200 oak barrels for ageing.

The third stop is Hawkes Cider at 92 – 96 Druid Street, home to 20 taps of draft cider, so join a Cidery tour and try some incredible half… or two. Their outdoor seating area is pretty large too! Hawkes are owned by BrewDog, so they’re not a small brewery like a lot of these stops along the Bermondsey Beer Mile are. 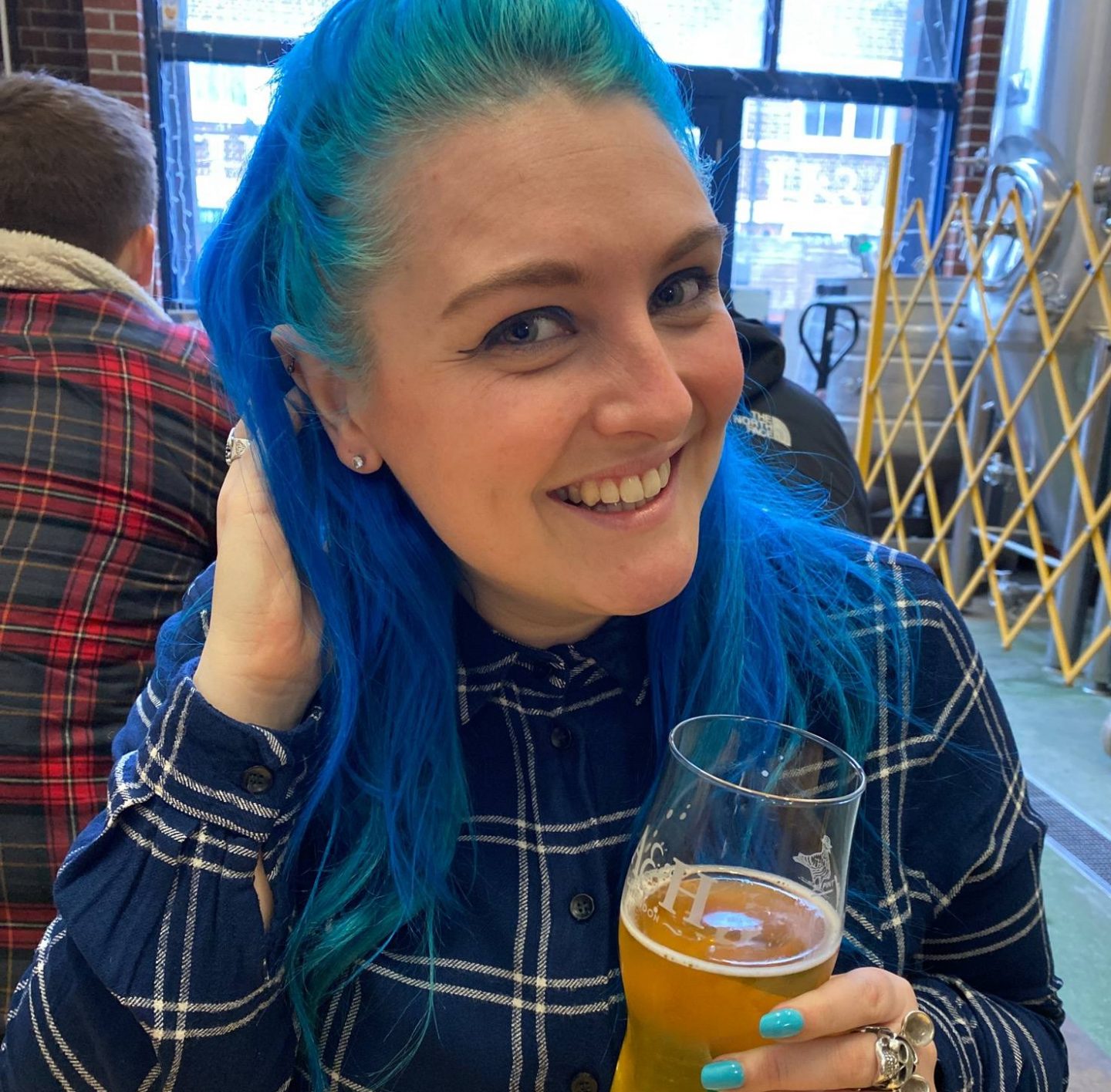 Moving just a little further along the same road, you’ll make it to Anspach & Hobday at 118 Druid Street. Leading the new wave of craft beer in London, Anspach & Hobday curates a mix of modern and classic flavours. Pouring quality into everything they do, their beers are anything but the usual and we’re big fans here! 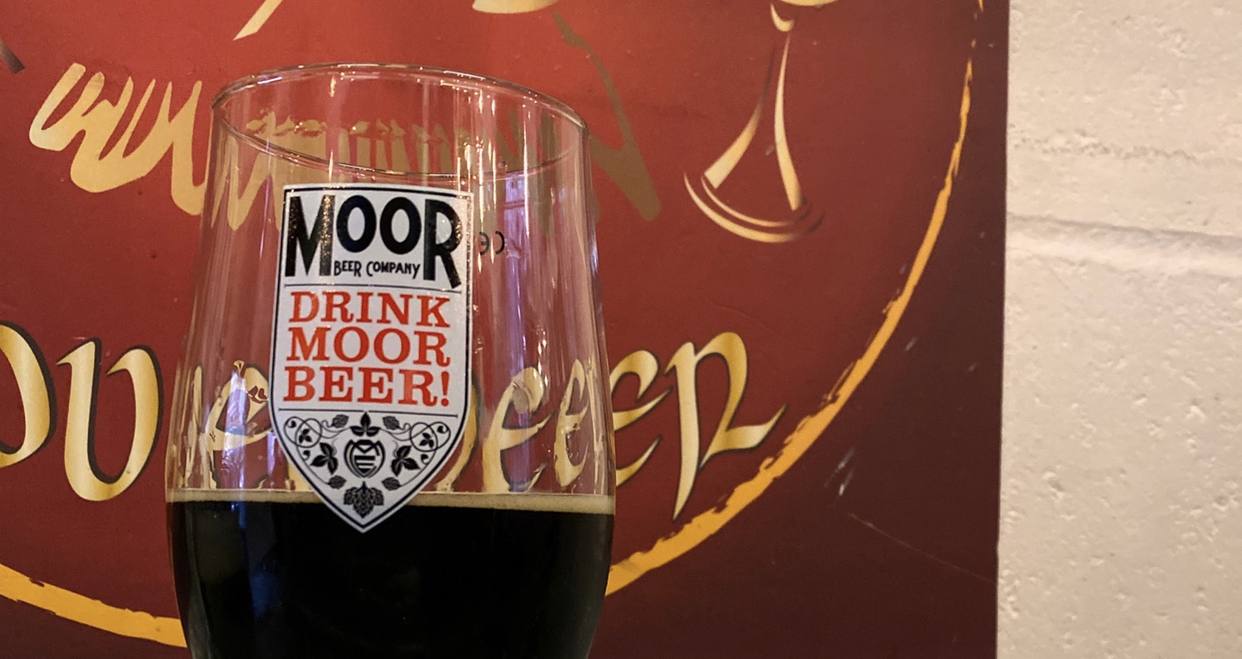 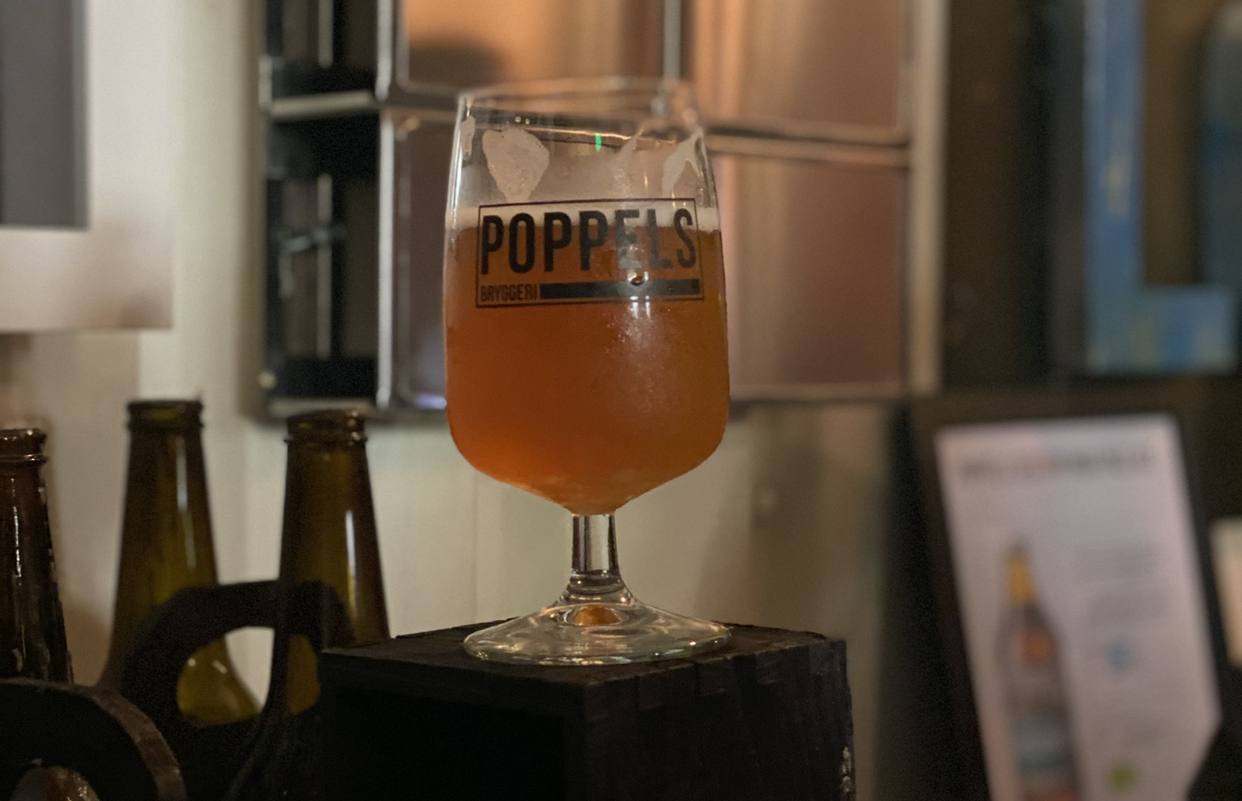 Next door, you can roll on into London Calling Sweden at 72 Enid Street. If you’ve not guessed from the name, this is a Swedish taproom! They collaborate with some of the best craft breweries in Sweden importing them to the UK to showcase to us Londoners! Highly recommend trying beers from the Poppels Brewery in Gothenburg if they’ve got them in. 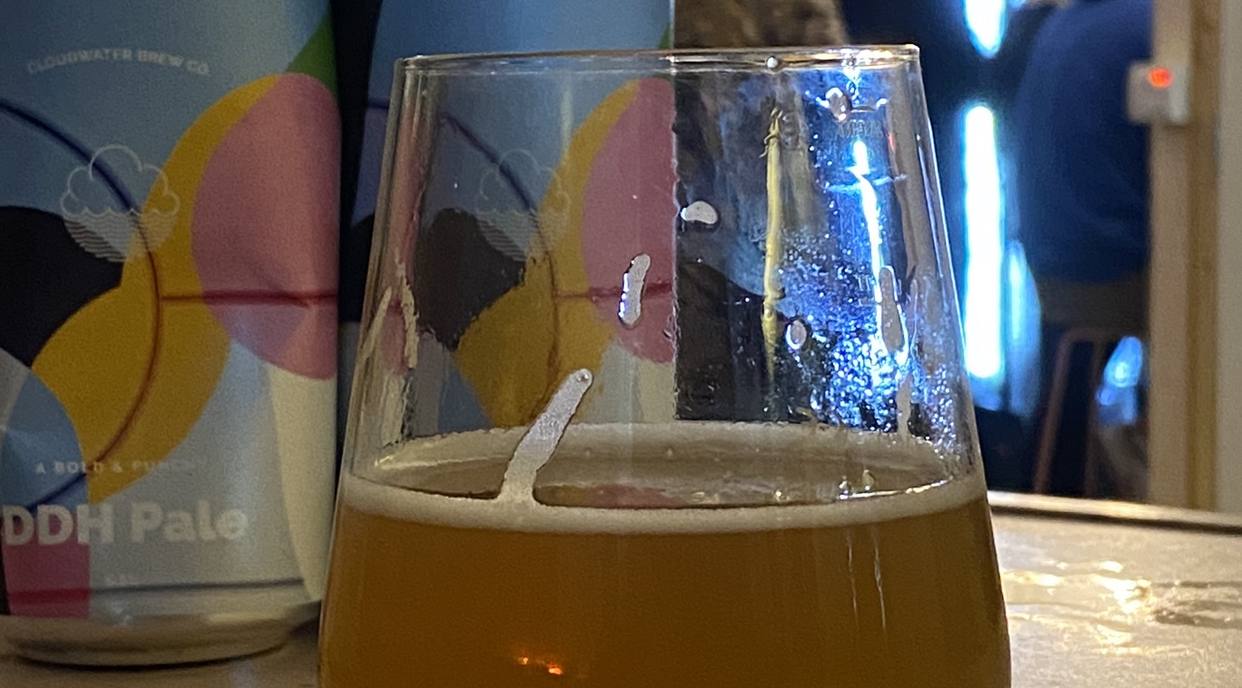 Heading next door, yet again, you’ll. arrive at Cloudwater at 73 Enid Street. Founded in 2014, they brewed our first beers on February 14th 2015. In their short history, they have made hundreds of different beers, in styles old and new, classical and imagined, evolving our brewing skills, honing our sensory evaluation techniques, and trialling fermentation and process changes in pursuit of ever higher-quality beer. 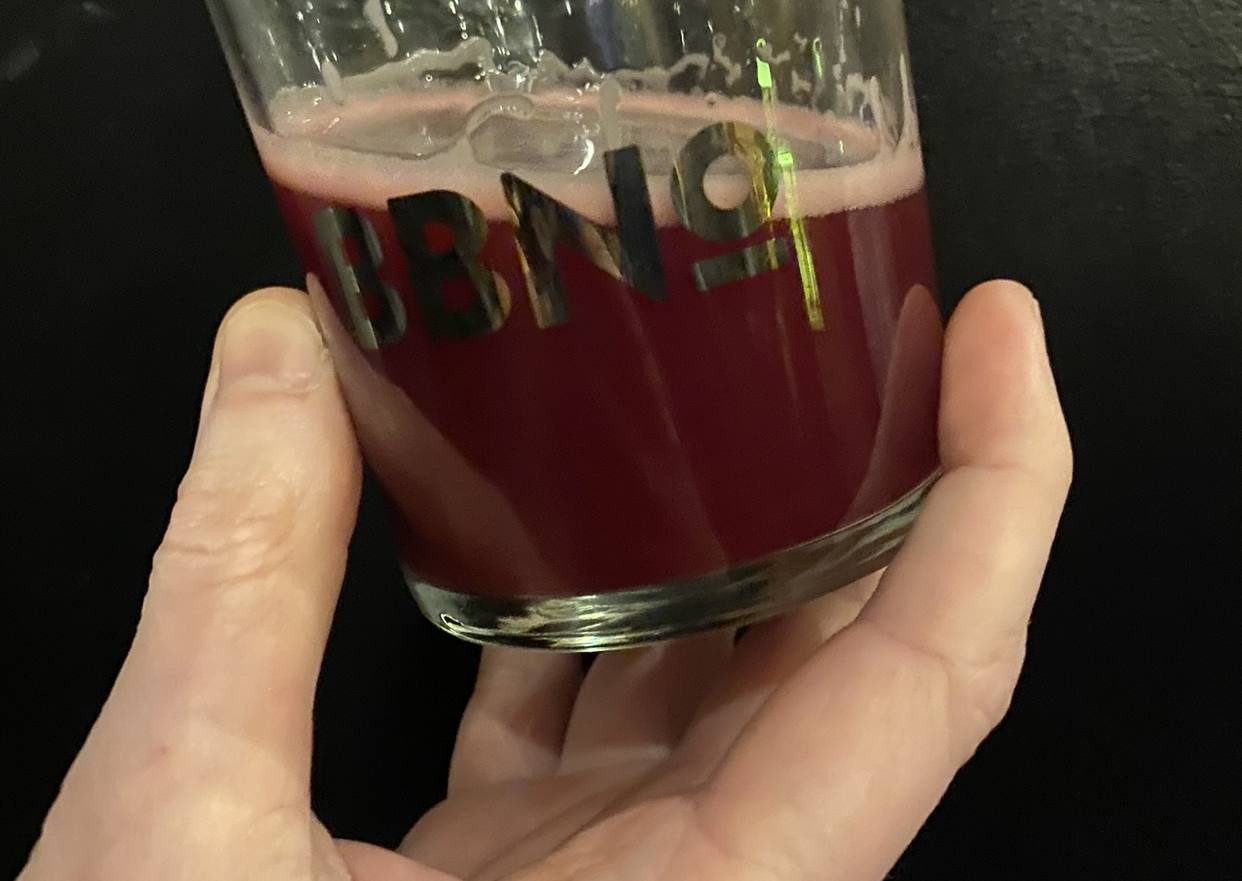 The penultimate stop along Enid Street is the Brew By Numbers Tasting Room at 75-79. This Bermondsey tasting room gives you the opportunity to try BBNo beers at their very best, with the freshest new releases & pilot kit brews served directly from their large cold store. This is as far as we got – which I’m sure you’re glad to hear as the photos are gradually getting worse!

And the final stop on Enid Street is Bianca Road Brew Co at 83-84. Whichever end you start the beer mile from, you’ll be about halfway through by the time you reach Bianca Road. The brewery and taproom are set in a large double-fronted arch with lots of space and natural light with the core range and seasonal specials available in draft, can, or tasting flights for those that don’t want to have to choose!

If you’re anything like us, you’ll be needing to eat around about now, if you haven’t already grabbed food from one of the taprooms! If you wander around 300m to Old Jamaica Business Estate you’ll find Bone Daddies, home of divine Ramen!

You’ll now be drinking in our favourite stop along the Bermondsey Mile (we made a trip up just to visit them!), The Kernel! They can be found at Arch 7 on Dockley Road Industrial Estate which is a few minutes walk from your last food stop. The Kernel springs from the need to have more good beer, beer deserving of a certain attention and beer that forces you to confront and consider what you are drinking in the form of upfront hops, lingering bitterness, warming alcohols, bodies of malt. They make Pale Ales, India Pale Ales and old school London Porters and Stouts which are bottled alive, to give them time to grow.

After a stint at Arch 7, we’re now moving round to Almond Road where you’ll find Spartan Brewery at no.8. They focus on using the best, local ingredients to recreate traditional styles with modern flavour profiles. The ongoing development of British hops helps them with this aim and they proudly use them in every beer they make.

Take a short wander down to the EeBria Taproom at 15 Almond Road. Each Saturday afternoon, EeBria open up the bar at our South London office so you can come in and share a drink with them, rather nice, huh? They usually have 8 beers on draught  and on top of that they serve highlights from their producer partners, including Ciders, English Wines, snacks and soft drinks Plus, if all that’s not enough, they fill their huge fridges with hundreds of the best cans and bottles to drink in, or takeaway.

Partizan at 34 Raymouth Road is the penultimate stop along this beer quest! They have been making exciting, high quality beer since 2012 when Evin O’Riordain of The Kernel Brewery kindly offered to pass on their original brew kit as the Kernel embarked upon an expansion and allowed Andy Smith & Andy Moffat to start brewing American style beers in London!

Congratulations, you’ve made it to Fourpure, the final stop along the Bermondsey Beer Mile! They can be found at 22 Bermondsey Trading Estate where they offer a range of their own beers plus a select few guest beers. The bar also has a pop up kitchen offering food for if you’ve gotten hungry again!

If you’re looking for a couple more stops along the way that aren’t ‘officially’ on the Beer Mile, there’s Malt Craft Beer in Maltby Street Market where you start and Doodle Bar at 60 Druid Street.