We all know how much I love spending time in Leeds so when I took Mike for his birthday back at the start of 2020, I made a full-blown itinerary to ensure I took him to all the places I love and ventured to a few more new places.

We stayed for two nights at the Travelodge City Centre Vicar Lane as it’s such a great location, you can literally walk to everywhere in town from there. The final night we moved to The Chamber on Park Place to have a little change of scenery and a little more space!

But down to the fun stuff, what we drank, ate and got up to…

We left for Leeds at 10.30am from King’s Cross, so we arrived at around 12.30pm so we had plenty of time to get eating and drinking! 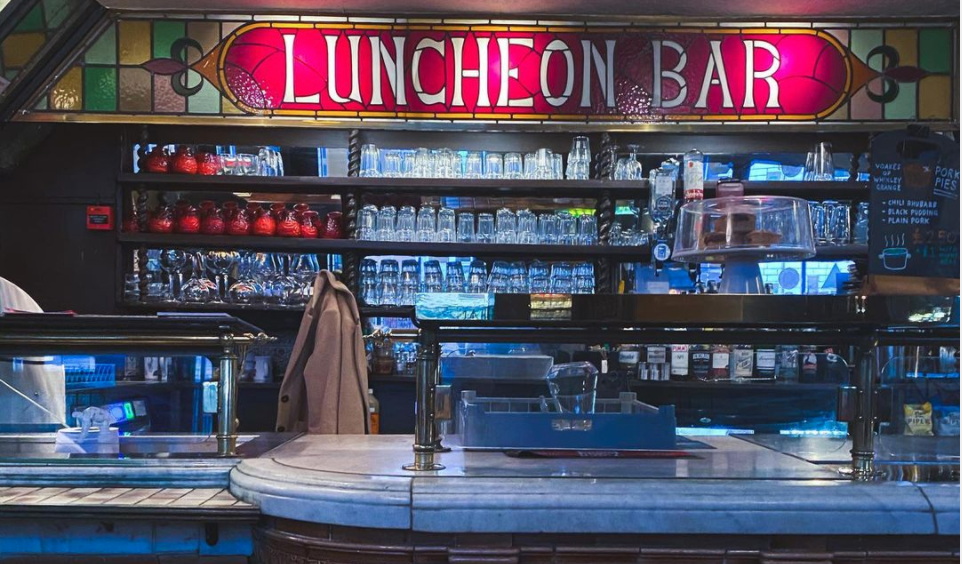 Our first stop was for lunch to line our tummies and we found the perfect spot for sandwiches with a few local beers on the side! The Turk’s Head has 14 draught beers celebrating the modern British craft brewing scene which is part of the reason I picked to start our trip there. It also has stunning decor too!

The Old Bus Station is opposite the Travelodge so we popped on in before checking in as I love visiting there! The decor is industrial cool too with plenty of colouring-in books and chilled tunes. It was legit a real bus station but now it’s become a hub for electronic music whilst serving amazing vegan grub from Cantina Leeds. I highly recommend the Seitan Nuggets! 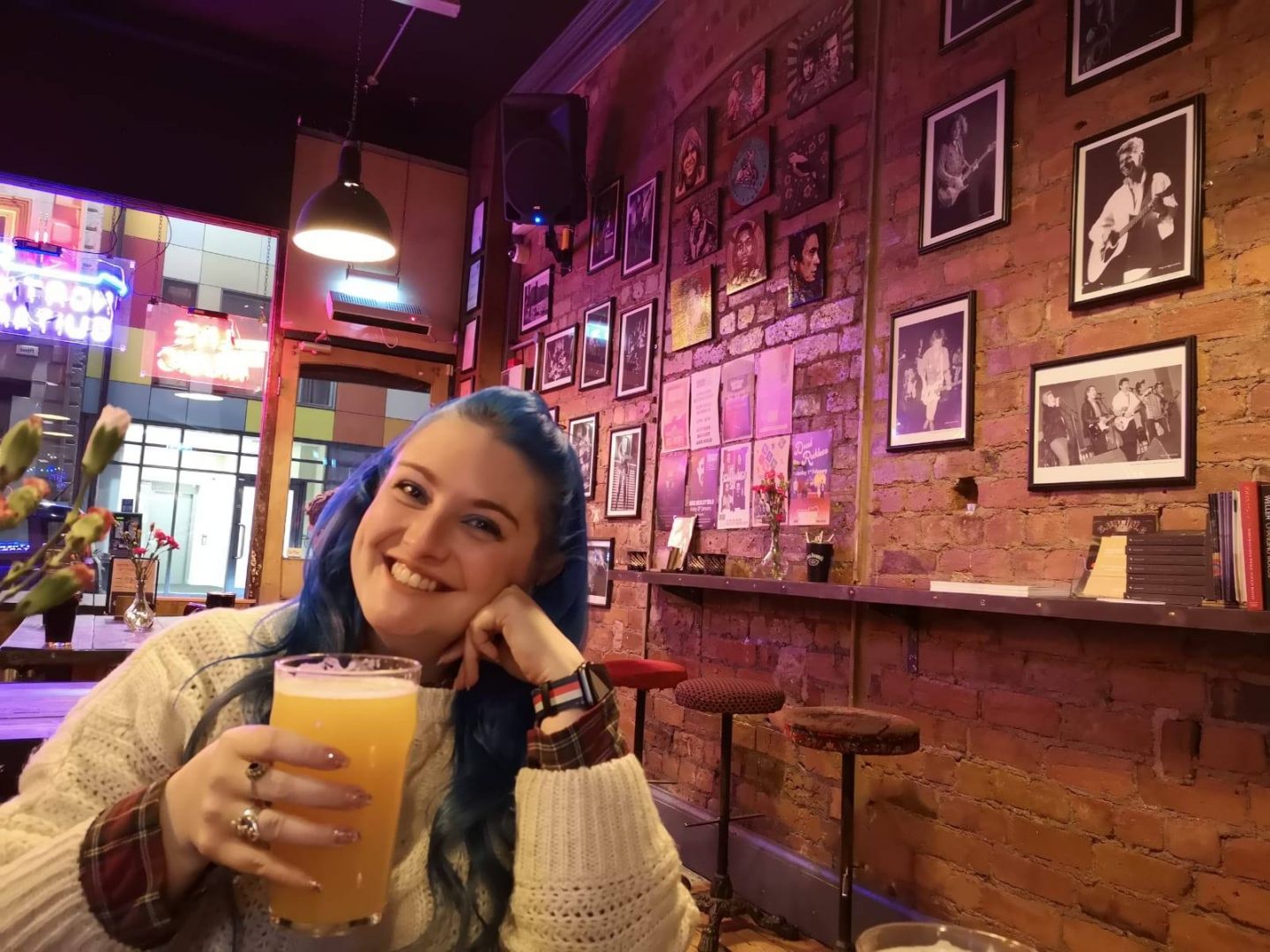 This little cafe-bar is 100% my kinda vibe with stripped back walls lined with guitars, original vintage posters, local artwork and photography and a pretty decent beer list! There’s also a pretty awesome guitar shop upstairs which was being used by a local band for filming when we were there.

Roland’s is another place with awesome decor; it seems like Leeds really has the decor thing nailed! They are known for their cocktails but they also have their own beer so we obviously went to try that, it’s the Roland’s Revenge which is a Hazy IPA and was really nice!

Tapped is somewhere I always visit as they have such a banging beer selection! They even brew some of their beers on site in their custom-built Czech decoction brew kit which is super cool. They are an American style brew pub that offers 13 cask lines, 14 keg lines, over 200 bottles and cans so you can see why I always visit. 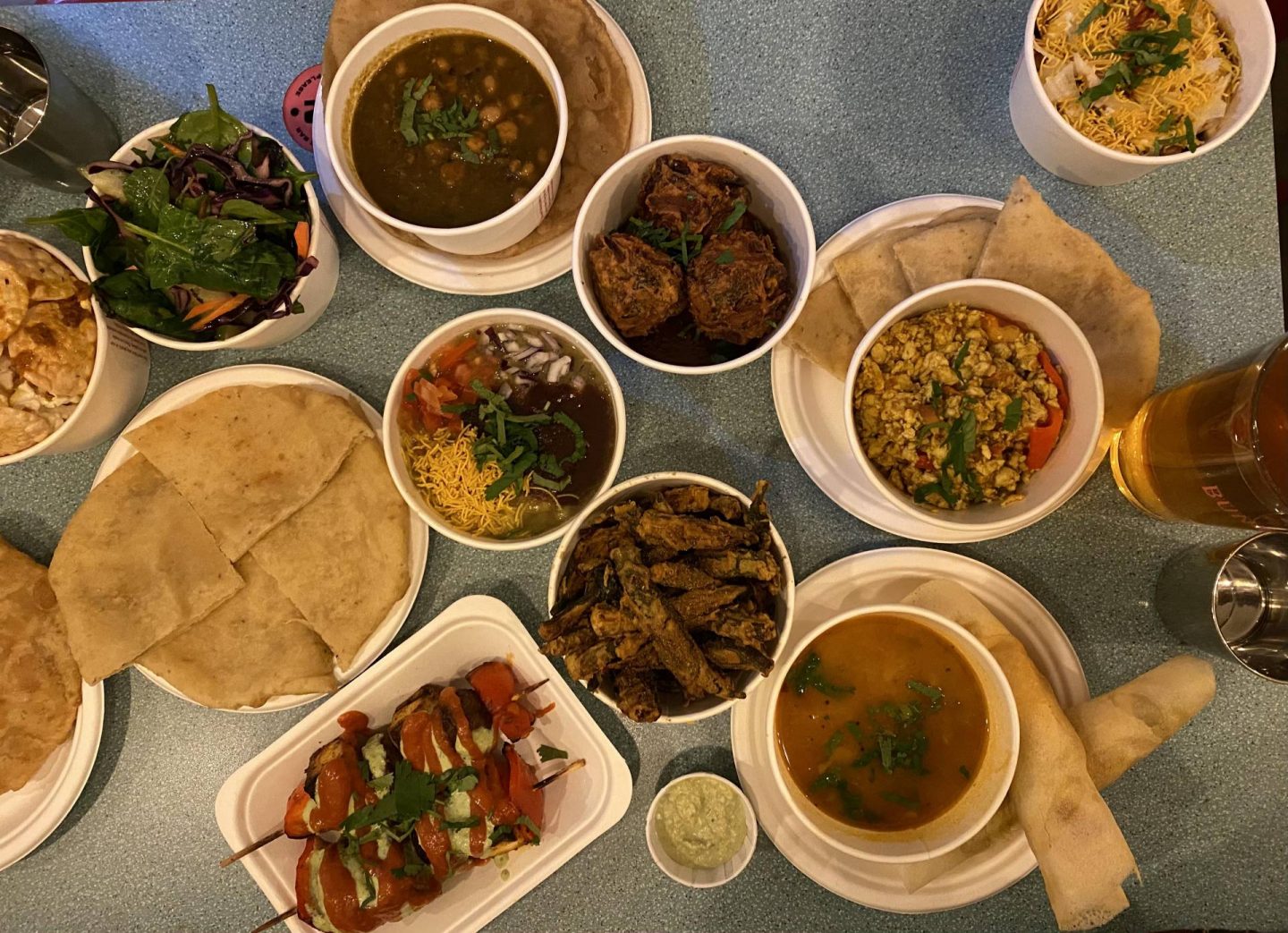 Ok, so you’re gonna have to queue for this one but trust me, it’s so worth it! Indian street food that offers their own craft beer is always worth it! The menu here is stunning so we ordered two of their sharing platters and devoured it all. We left feeling really full but so satisfied!

The final stop of day one is Smoke Stack which is a New Orleans inspired venue that offers banging cocktails with a totally laid back vibe which is a perfect way to end a jam-packed day!

We had a lazy start to the day with just taking a stroll into town, enjoying the good weather and preparing ourselves for another busy day. 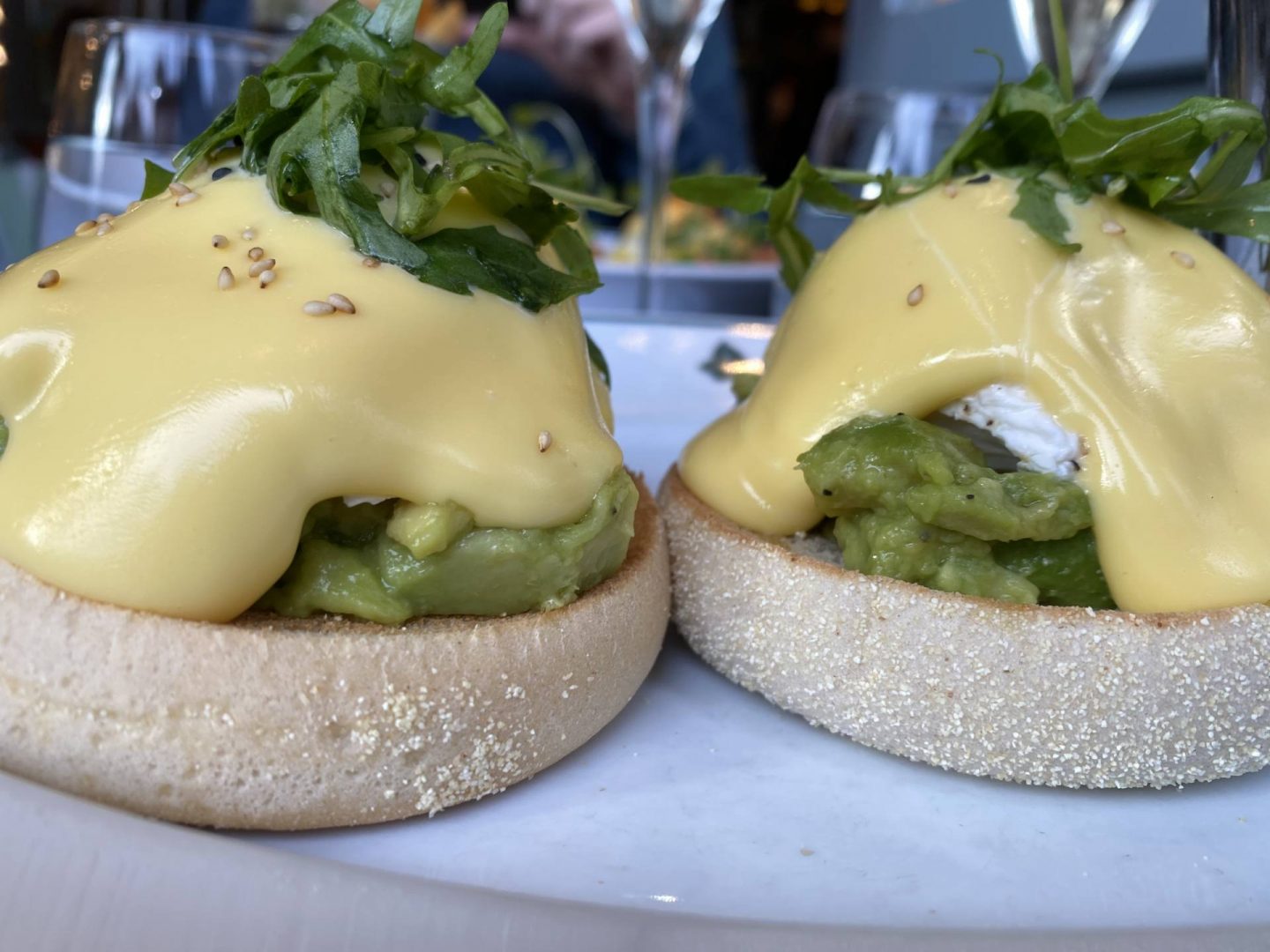 We kicked off the eating for the day with having brunch at The Ivy as Mike hasn’t eaten in one before so I used that as an excuse to book! The brunch menu is pretty extensive and has some superb veggie options as I was still veggie when I visited! The service is always second to none and the decor is most certainly my favourite of any restaurant chain!

We love taking in a little bit of history when we travel so after seeing Kirkstall Abbey on an episode of Don’t Tell The Bride I knew this would be one of history stops! Kirkstall Abbey is one of the best preserved Cistercian monasteries in the country, founded over 800 years ago and it’s stunning! 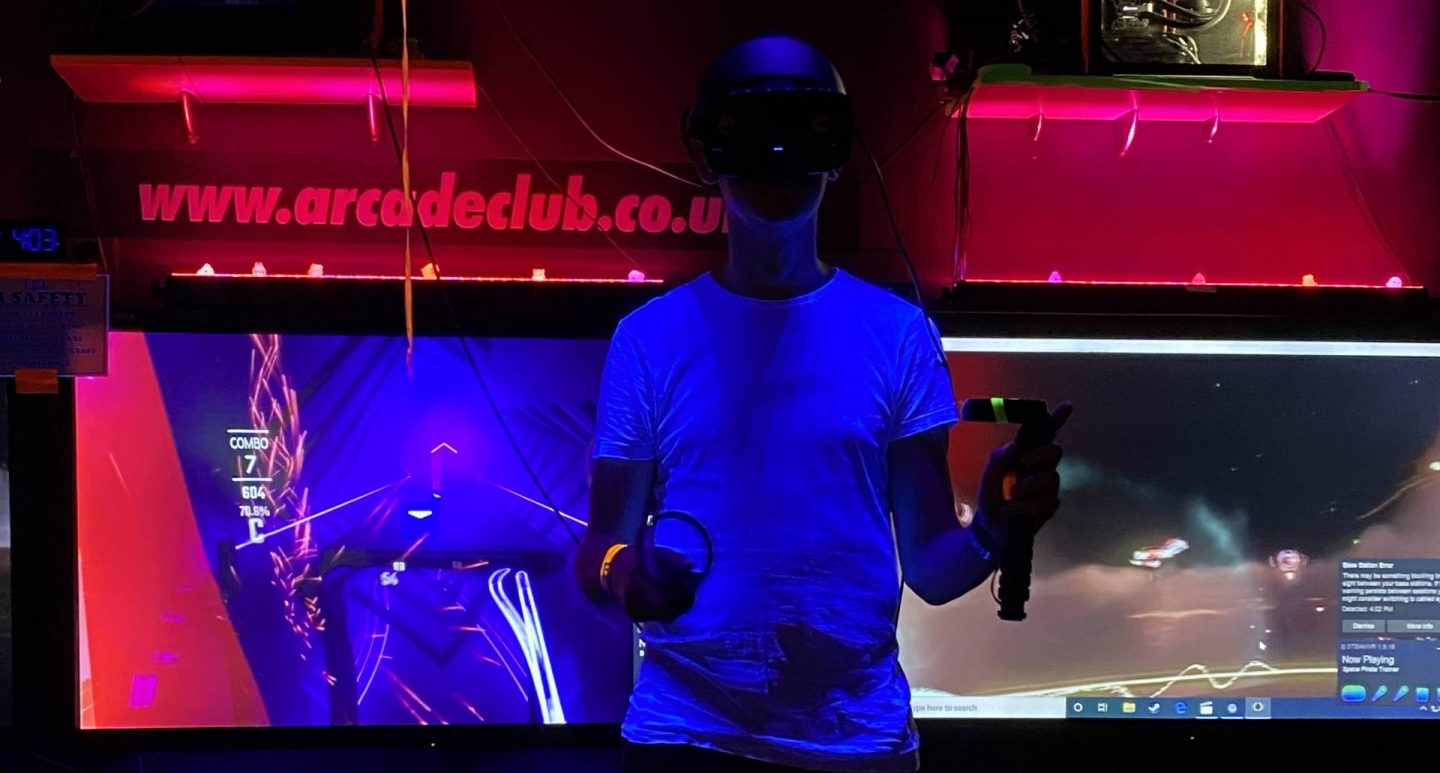 Spending a good few hours at the Arcade Club certainly fulfilled our nerdy needs!  There are three floors of the ultimate gaming experience; a huge selection of classic and modern arcades on free play, the Sega zone and enjoy rare deluxe arcades there are literally hundreds of games for everyone. We loved playing our old favourites and even trying out hand at some VR; I wasn’t very good at that, that’s for sure!

We all know it’s not a day for us two unless there’s beer involved so we obviously had to make a stop at the North Brew Co Leeds City Taproom. They have plenty of their own beers on tap as well as a huge selection from other breweries and fridges full to the brim. They also have a pop-up foodie stop there too! 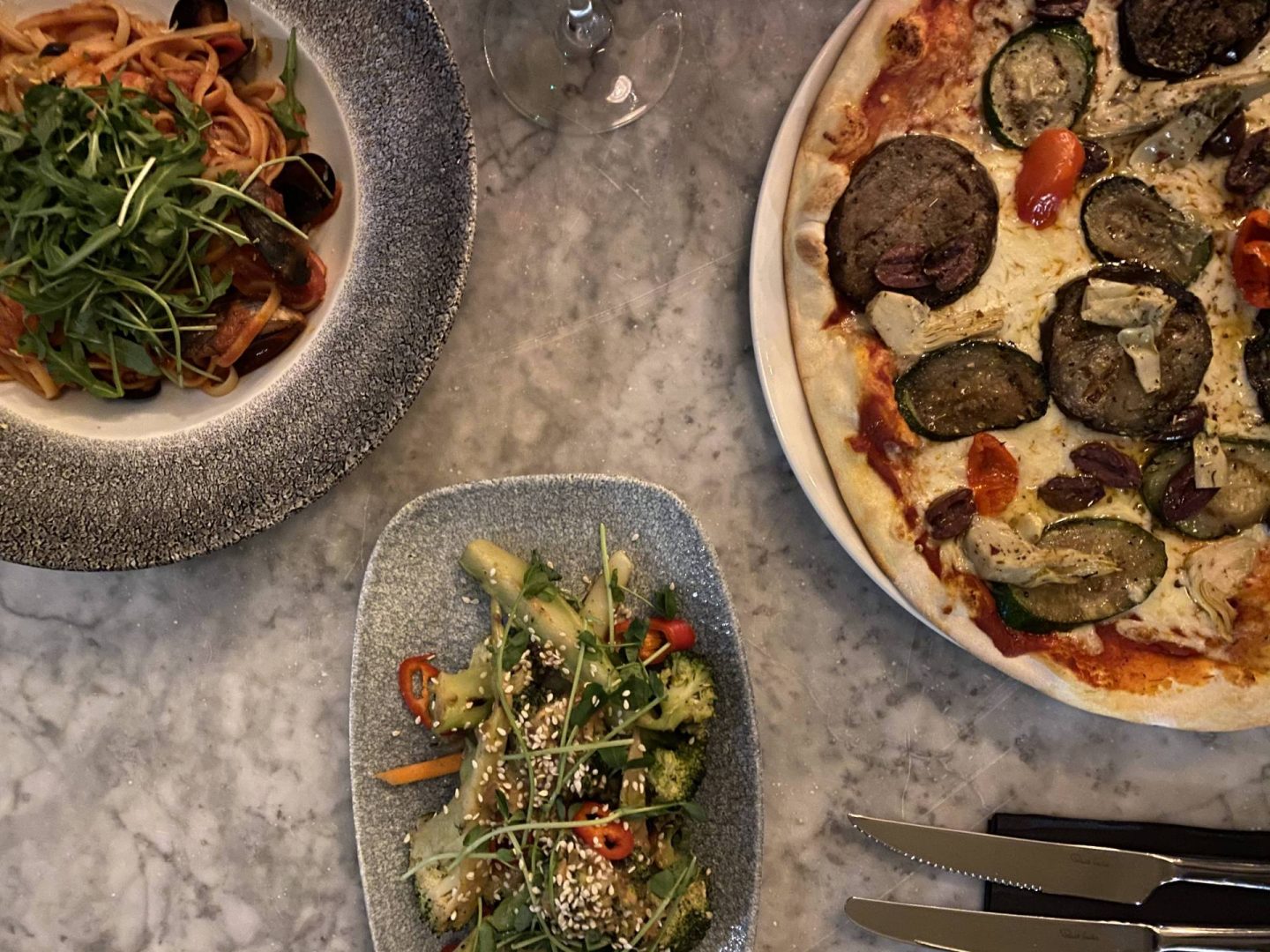 We had a wonderful evening meal at Lost and Found on Greek Street with really great service. The atmosphere was buzzing and the food was really good quality too. The menus are seasonal and the cocktails are banging!

We never thought we’d be sat out on the rooftop of a bar in Leeds in January, but the Belgrave Music Hall & Canteen had us doing just that! Aside from the roof terrace, the rest of the venue is a 3-floor 1930s building made for live gigs, comedy, film and art, plus fast food, and 2 bars. 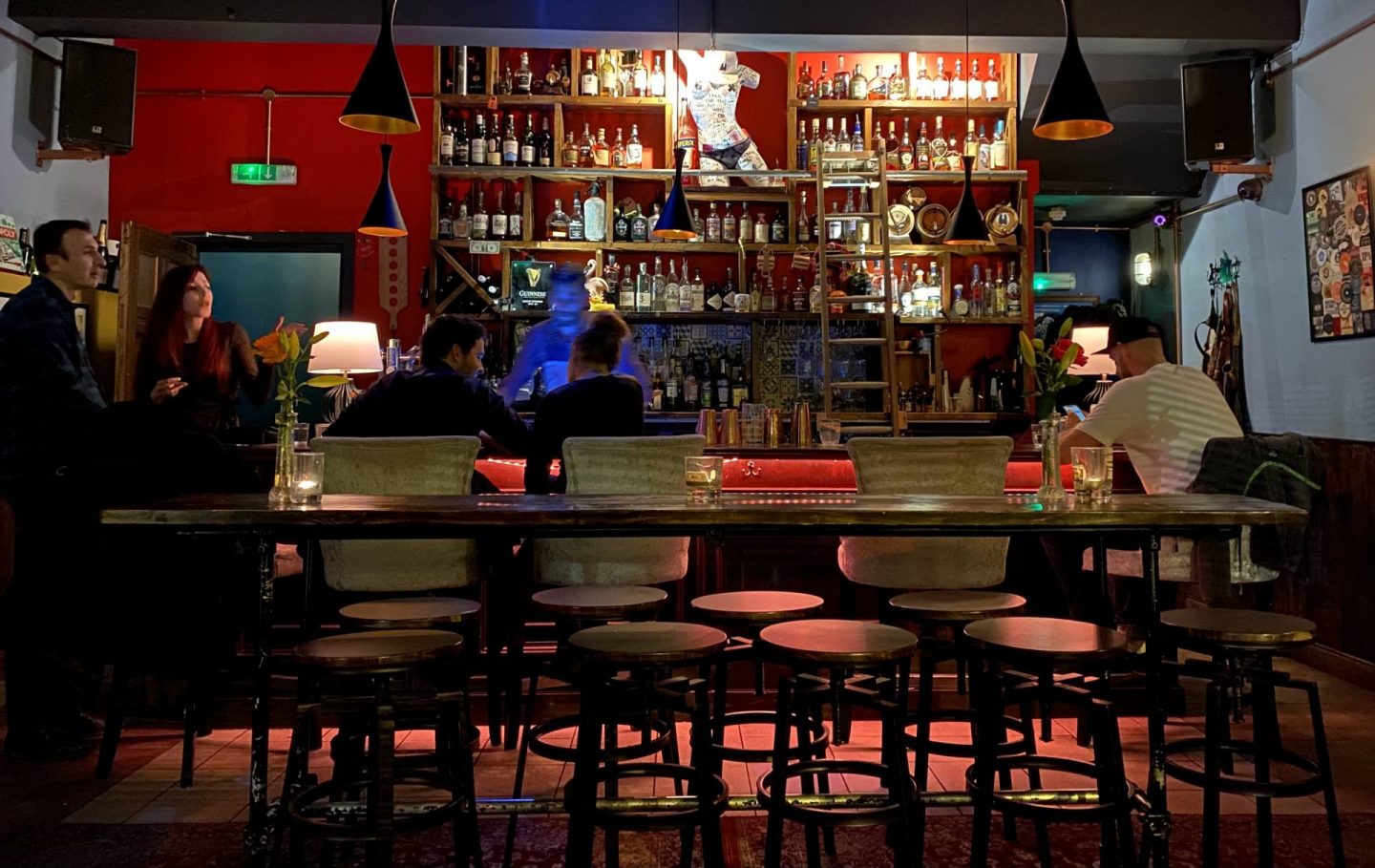 Ending the evening on a more cosy note at Watermark was just what the doctor ordered. Just next door to the Belgrave Music Hall & Canteen, Watermark specialises in cocktails, charcuterie & wine with good old-fashioned warm hospitality with a smile.

We checked out of our Travelodge and wanted round to The Chamber on Park Place and we were able to check-in super earlier which was so helpful as it meant our bags had a home while we got up to some more exploring. 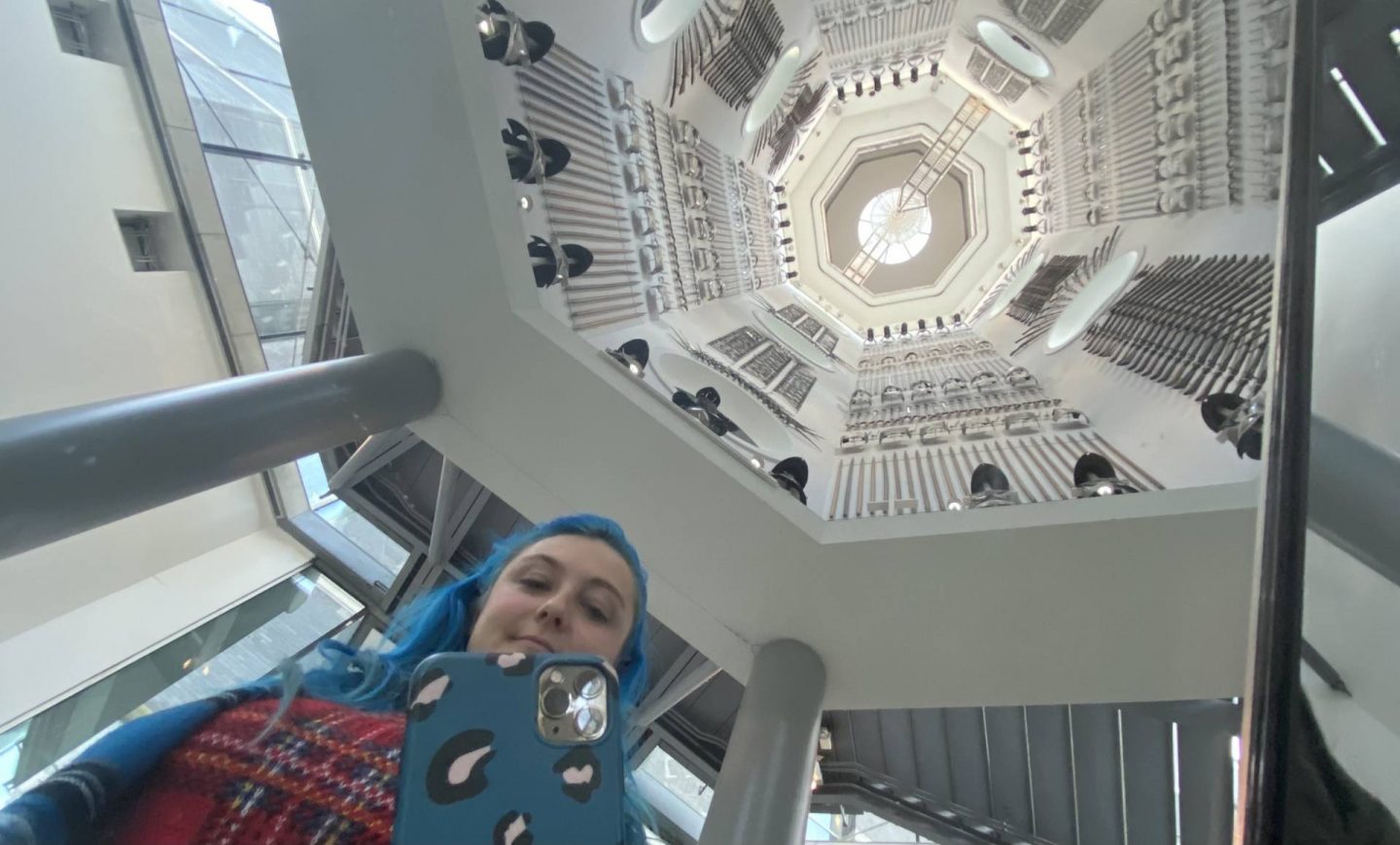 To add a little more nerdiness to the weekend, we made a trip to the Royal Armouries Museum to take in as much of the 4,500 objects on display as we could!

Our first port of call was the famous full-size all-metal elephant armour and tusk swords from the late 16th Century which blows my mind every time I see it! It’s simply gigantic and so intricate.

If you’re going to visit, allow a good few hours as there is just so much to see.

You’ll need to jump in a cab for this one, but trust me, it’s worth it!

The Deer Park is a rather lush country pub that offers a banging Sunday lunch with all the trimmings! It’s also just a short walk from Roundhay Park which is worth a quick wander around if you have time. 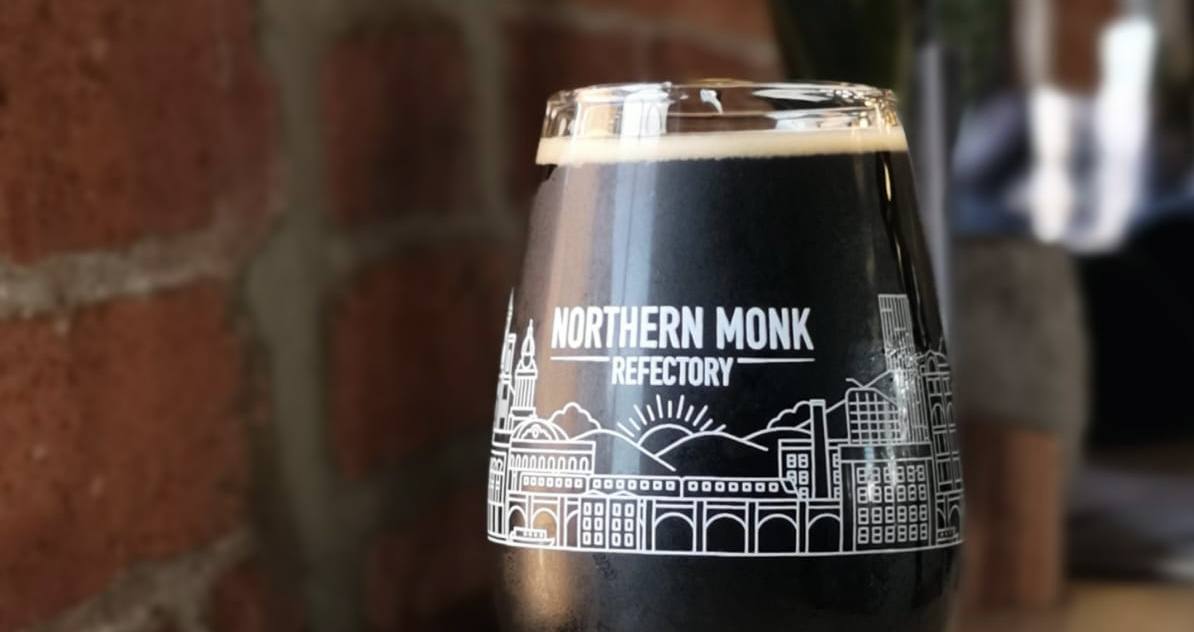 Of course, ya girl took a trip to the Northern Monk Refectory, the home of one of my favourite breweries.

If you’re looking for big, bold, out there craft beers with amazing flavours then you need to stop by and fill your boots! The taoproom is located directly above their first brewing site so we were drinking beer that was brewed on the floor below where we were sat from 20 taps of fresh Northern Monk beer; what a dream!

They also look after their staff really well, which some big breweries could certainly learn a thing or two from. 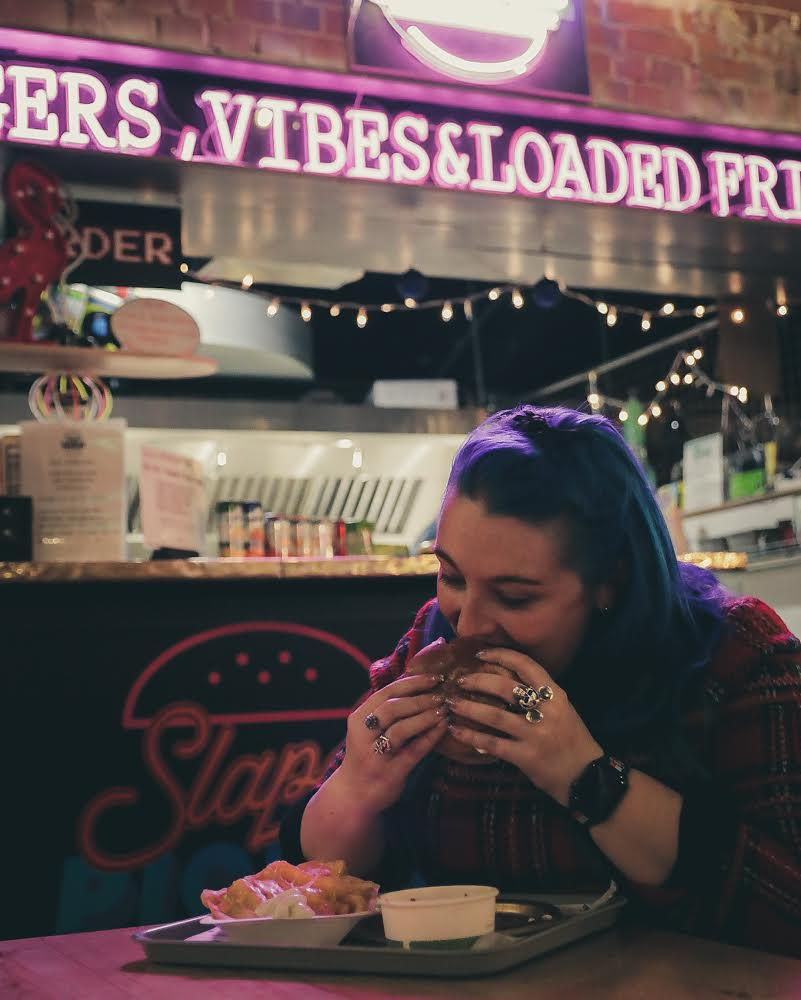 Being such a burger fiend, I had to stop by the incredible Slap & Pickle to get my hands on their vegan burger that was part of Veganuary. I have eaten at Slap & Pickle on a fair few occasions and I have never been disappointed by their dirty fries and even dirtier burgers. You just have to give them a go!

We wanted a slow start to our final morning so we just had a little shop in the stunning Victoria Shopping area. The Victoria Quarter is home to some great shops like Dowsing & Reynolds and Ted Baker! 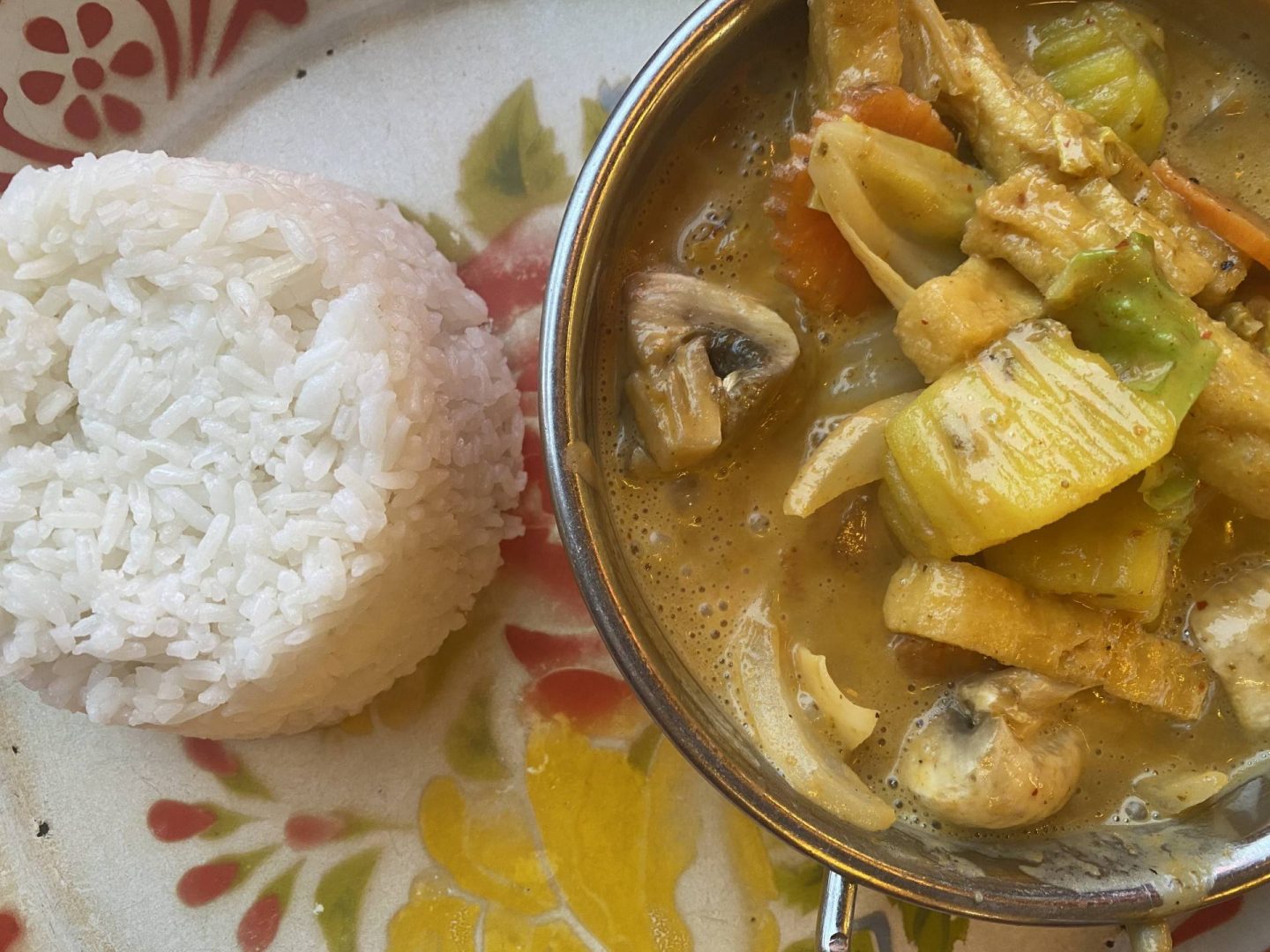 Zaap Thai had an excellent lunchtime offer on their authentic That street food. With over 80 of the most authentic Thai street food dishes on the menu, your taste buds will rock to the Bangkok vibe and you’ll feel like you are in the street food capital of the world!

Places to Stay in the UK you…

How to Spend a Wonderful 48hrs around…