We all know how much I love a weekend away, and even more so when it’s filled with wine tasting and eating delicious food! Plus, a selection of great company certainly makes for a weekend to remember!

The weekend away in question was to Tenterden in Kent, home of many wonderful vineyards and plenty of places to eat too! 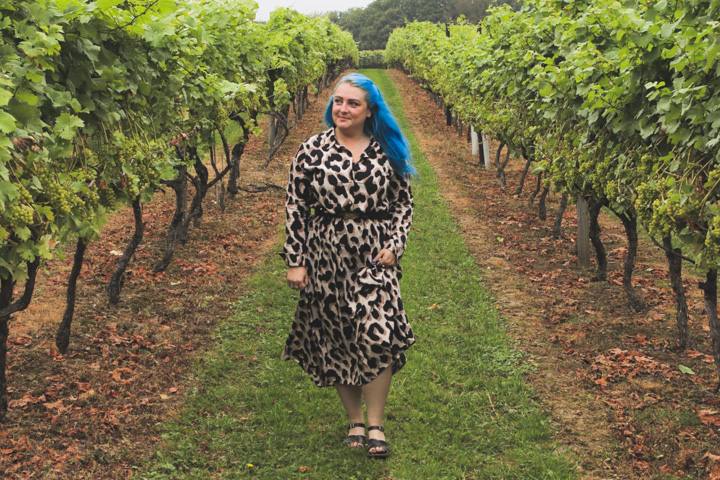 Our first stop was for wine tasting & a tour at Biddenden Vineyard, a family-run estate producing ciders, wines & apple juice. For an incredible £5 each, you can take yourself on a self-guided tour of the vines and try 3 of the wines and cider they have on offer. You can then use your ticket to redeem £5 off against purchases of Biddenden products over £20 from the vineyard shop – you know we all took advantage of that!

On the self-guided tour, you will be provided with a pack that will walk you through the vines, giving you an insight into the family vineyard history and the grape varieties they grow to make their exclusive Biddenden wines. We took the shorter of the 2 routes as we had a packed itinerary and wanted time to taste the wines.

The tours are available between April and early November, and there is also the option to take a private guided tour which is £40 each with a minimum of 2 people. 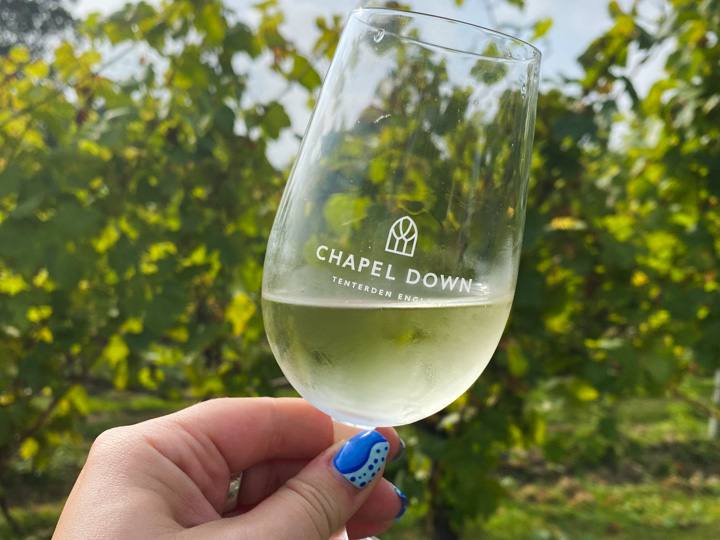 I’d wanted to visit Chapel Down Vineyard for quite some time as it’s quite an establishment in English winery. They produce an extensive range of world-class, award-winning wines, both sparkling and still, alongside a selection of gins and vodka. Their sparkling wines are some of the best in the World and all created from fruit grown in the South-East of England.

Whilst at Chapel Down, we had lunch at The Swan, the on-site restaurant that’s got a Michelin Star. The menu is so affordable and is worth every penny at 2 courses for £27.50 or 3 courses for £30. We had such good food and I’d go back in a heartbeat. The service was impeccable and of course, the wine paired perfectly.

After lunch, we took part in the Walking with Wine Tour,  £35pp, which gives you the opportunity to taste a selection of wines amongst the very vines from which they are grown, whilst learning about the vineyard cycle. This was so enjoyable as the sun was shining, we had a great group that were all willing to learn who asked some great questions and the wine went down a treat. On the tour, you also get to go behind the scenes where the wonderful wine is made and you get to keep your cute Chapel Down tasting glass. 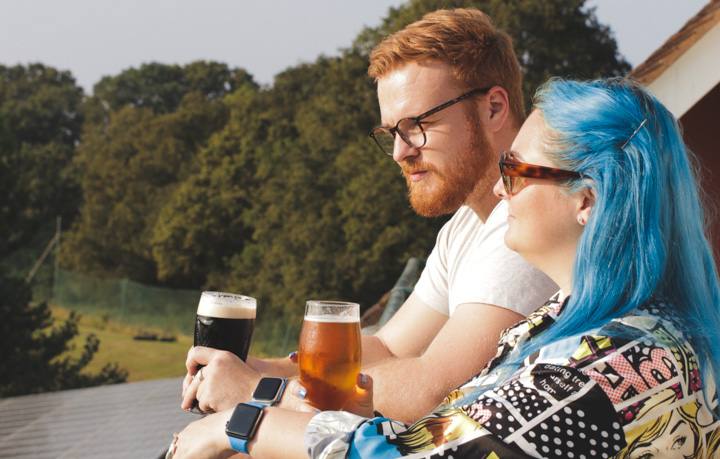 We stayed at the London Beach Country Hotel, which was a short cab ride away from the main town of Tenterden, but we had great sized rooms with balconies overlooking the golf course.

We had pre-drinks at This Ancient Boro Alehouse and Tapas Bar, so we may have ordered a few little dishes instead of having a starter at dinner.

Back in 1968, before becoming a Chinese restaurant, the site had been a Public House and had been owned by Whitbread and known by the same name, so when the current owners took over the property they took it back to it’s roots.

They stock plenty of local ales and ciders which we made a mission to try as we also love a local brew. The tapas was really lovely and a great way to line our stomachs for the rest of the evening!

We had dinner booked for 8pm at Montalbano, a family-run restaurant born from their family’s passion and tradition for great food served in great company and in true Italian style the portions were hearty so we really did feast!

Between us, we had a variety of Pollo alla Calabrese, Filetto ai porcini, Pulled lamb steak and Spigola alla Napoletana which we all really enjoyed. Despite the size  of the portions, we had empty plates and very full bellies!

The service was really good, drink menu was very varied and there was a lot of atmosphere as the restaurant was full!

To finish up our evening, we went for drinks in a local pub, and then returned to our balconies for a night cap. 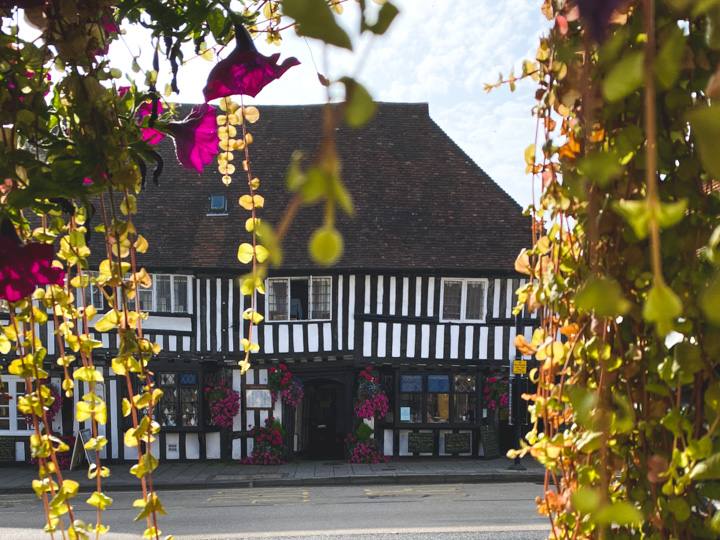 Believe it or not, we were quite ready to start eating again, so we went for breakfast in town at a stunning eatery called The  Lemon Tree, a 14th century heavily timbered venue that was formerly Wealden Hall House, reputedly visited by King Henry VIII!

The products they use are all locally sourced such as using Farm Butchers of Tenterden who allegedly make the best ‘Bangers’ for miles around and they were pretty darn good! All meals are cooked to order so you know your breakfast hasn’t been sitting in a heated cabinet for a good while.

We had really lovely service and the decor felt like we were sitting in our nan’s house, albeit a very posh nan’s house! 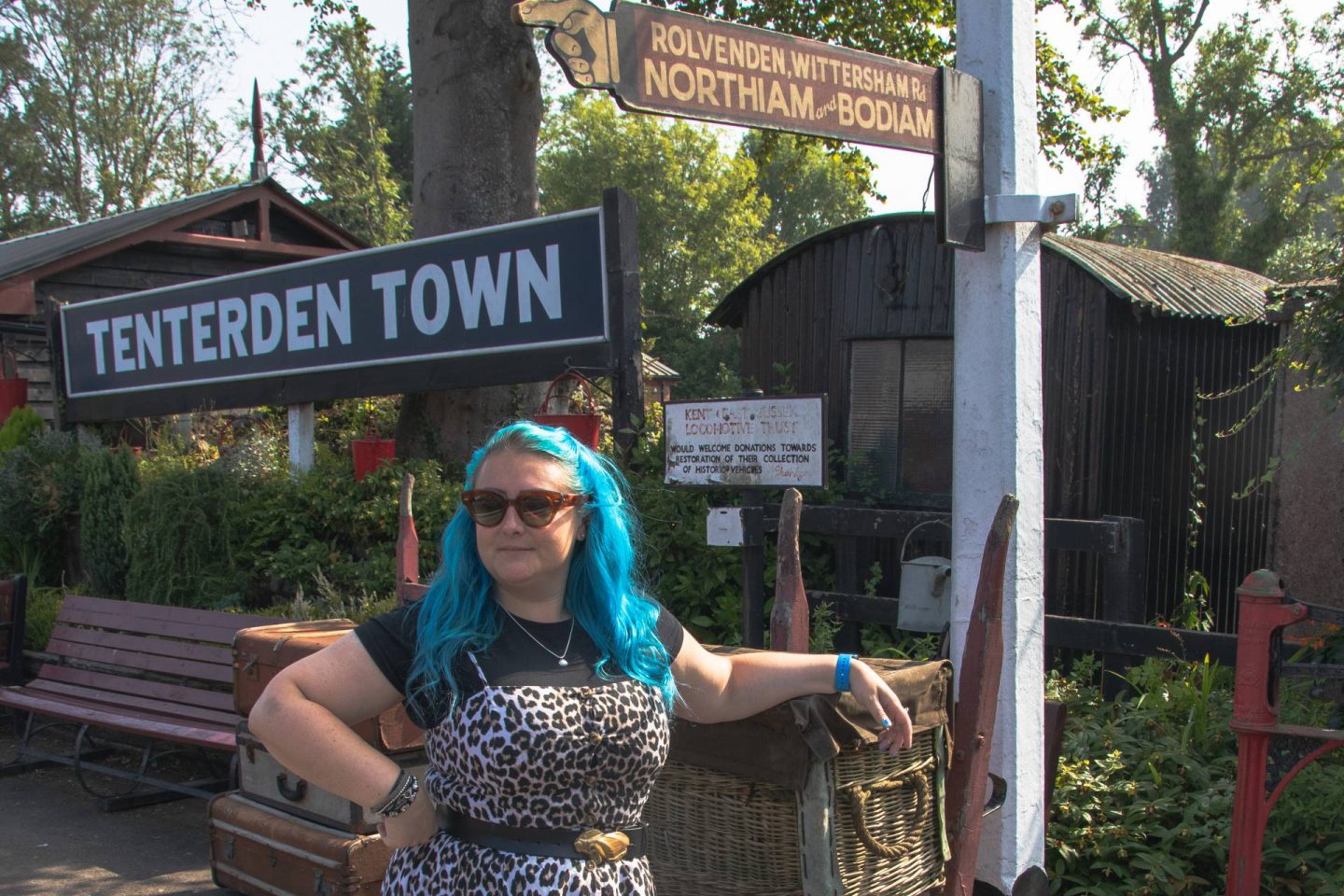 A weekend away is not complete without a steam train journey when you’re with me; girl just loves a steam train!

The award-winning Railway Museum, where you can learn all about the entrepreneur who built and operated the railway, is located near the car park at Tenterden Town Station and is well worth a visit. The museum is open when trains are operating, entry is free and it takes no more than half an hour to have a wander around.

The Kent & East Sussex Railway picks you up at Tenterden Town Station that is perfect for a photo opp or two! The journey takes you just over 10 miles down the line to Bodiam, but you can get off at Northiam along the way too. The train is just as you imagine it to be; vintage and super cute! The views you go by are stunning and travelling off-season means it was quite a tranquil journey, both in and out of the train, too.

A Celebration of Hops

Once we had arrived at Bodiam Station, we were greeted by an abundance of hops, the smell of beer and the sound of good cheer; it was the Celebration of Hops festival.

The festival was in partnership with local brewery, Rother Valley Brewing Company, and the event was so locals and tourists alike could learn about brewing. We caught one of the talks by Chris Nicolas of Hoads Farm who produces hops for the Rother Valley Brewery, which was really interesting as we know a lot about the brewing process but not really much about hops!

We drank local beers, whilst we watched ‘The Sideboard Men’ who played an array of Chas and Dave and war Time and London cockney songs.  We also caught the ‘Roses are Red’ who were doing traditional dances which were lovely to watch as we snacked on some lunch. 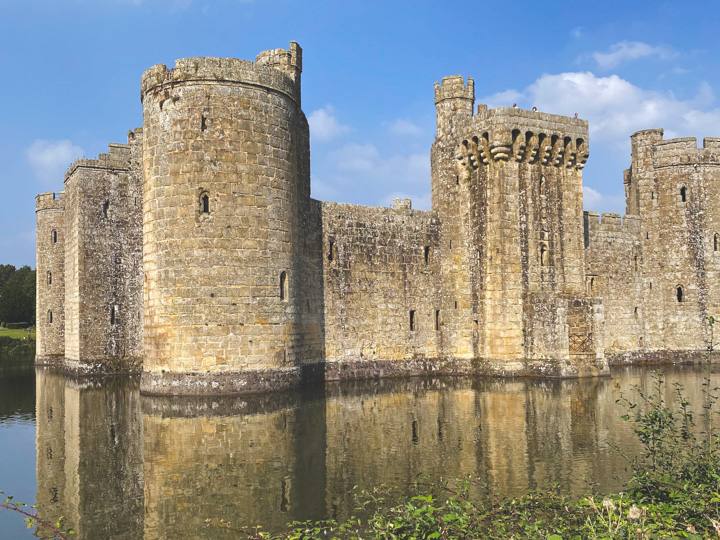 Bodiam Castle was built to impress, and luckily for you, it’s just a short walk away from Bodiam Train Station.

The castle itself was built in around 1385 and it stands totally free from outbuildings so it looks so imposing as its reflection glimmers in the moat. Such a stunning sight to see! We wandered around the grounds, took in the sights and enjoyed the last of the summer sunshine.

Bodiam Castle is managed by the National Trust so is free for members, but the entry for adults is around £11 otherwise.

Once hopping back on the train to return to Tenterden Town Station, which takes around 40 to 50 minutes, we popped into the Old Dairy Brewery Taproom which is also on the same plot as the museum and station!

The Old Dairy Brewery moved to this larger brewery in Tenterden back in 2015 due to the popular demand for their beers making great use of two World War II Nissen huts.

It’s a great place to try a local beer straight from the source. They often have events, like the live band that were playing when we were there, and food trucks too! Don’t forget to grab a few beers to take home as a souvenir for the weekend!

9 Things You Can Do to Make…

Share:
PREVIOUS POST
"Itinerary – A Food & Drink Filled Weekend in Leeds"
NEXT POST
"Four Ways To Get On Track With Your Workout Routine"
0 comments so far.