Who doesn’t love a Sunday Roast? I’d be full on lying if said ‘not me’! It’s legit one of my most favourite kinda meals. With that being said, I am not really one for cooking my own at home as there are so many places locally that just smash them out of the park, so why try? Am I right?

I may have drawn you in with a sneaky stock image photo as I really need to revisit this locations and take better photos as they were to just send to mates; this blog post was never planned at the time!

Anyway, here’s the list of my favourite roast dinners in Havering, East London… 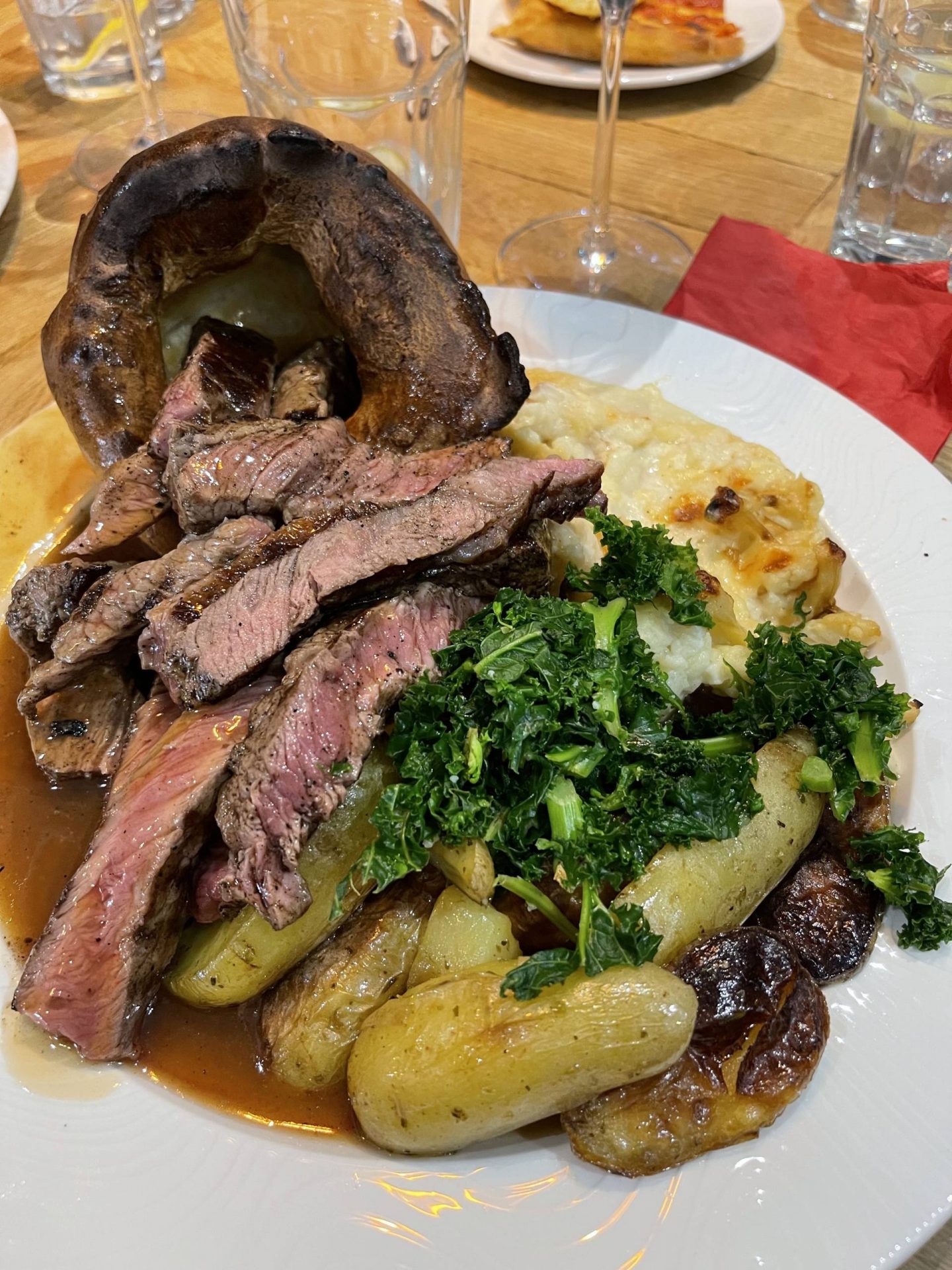 We all know I’m obsessed with Nino’s cooking but I tell you now, there is no biased in picking this as a favourite; just look at it. The vast portion of steak meat, the crispy on the top and soft of the bottom Yorkshire Pudding and the abundance of cauliflower cheese!

This is one of those portions that doesn’t need to be supported by a starter or a dessert, but we always do as the offerings are too good to miss out on. 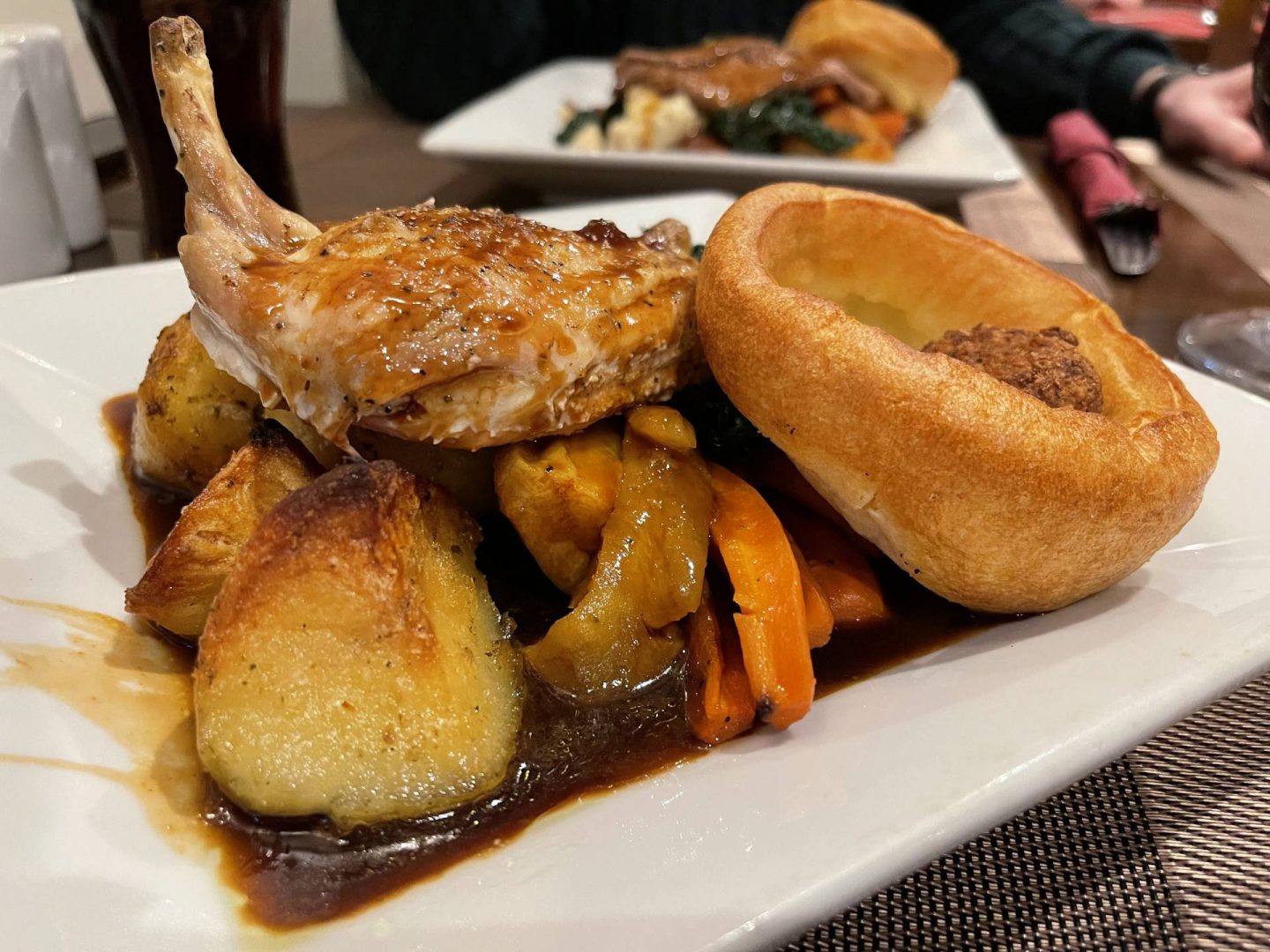 We fancied a roast so we took to Google to find somewhere locally that we’d not been to before and The Rabbits in Stapleford Abbotts kept popping up with great reviews. We called and they were kind enough to squeeze our booking. The pub itself is pretty huge and to say I’d never seen so many roasts go through the pass and out to the happy customers!

The chicken was well seasoned, potatoes fluffy on the inside and the ball of stuffing on the side was well received. The drive out to the countryside through the little villages on the way certainly added to the feeling of being in a proper country pub too!

Chef Scott Pinson has been pretty well known for his roasts after being voted one of the best in London back when he worked in the centre of the Big Smoke. When he opened his own place in Elm Park, there were no questions asked about having a Sunday roast on the menu, and my gosh, are we glad there is! Just a short walk from Elm Park station and easily accessible by bus, there’s no reason to not book a table at Parkside Brasserie.

The potatoes on this roast have to be my favourite of all of the ones I’ve had in Havering as they’re just how I like them cooked. The menu is ever changing based on what’s in season and available so no roast here is ever the same, but they’re always exceedingly high quality.

Since Raymond Blanc took over The Jobber’s Rest in 2017, it’s been a firm favourite of the locals of Upminster for a classic Sunday roast with all of their British meats sourced from award-winning butcher, Aubrey Allen.

The roasts are served with cauliflower cheese, roast seasonal vegetables, kale & bottomless roast potatoes, Yorkshires & gravy. The meat is perfectly cooked and the vegan option is also filled to the brim with divine flavours. I can also highly recommend the Cheese soufflé with Wyke Farm Cheddar sauce as a starter if you’re going to pop in for more the one course.

Also worth a mention is The Thatched House also on St Mary’s Lane.

Osteria, opposite Upminster park, is a family run restaurant, who serve traditional and modern Italian food using the finest ingredients but also make a pretty decent roast dinner too! With their head chef hailing from Upminster with over 20 years experience, you’re looking at a great pairing.

All roasts are so visually appeasing, as seen above with my veggie roast! The portions here are a little smaller than the others in the list but that doesn’t make it any less enjoyable! The gravy was an absolute highlight.

Afternoon Tea at The Langham, London.

What Happens When a Private Chef Takes…

Share:
PREVIOUS POST
"Summer Wine & Drinks for the Warm Weather; A Tutored Tasting at The Hop Inn"
NEXT POST
"How to Make Your Office More Comfortable for Employees and Clients Alike *"
0 comments so far.