A Slice of Saturday Night

As the Beatles emerged from their Cavern, nightclubs sprouted up all across the country to satisfy an increasing demand for teenage dancing, drinking and rock ‘n’ roll. Following the recent success of Big The Musical, the Brookside Theatre Company will transform the theatre into the Club-A-Go-Go with its dazzling performance of the hit 60s musical comedy A Slice of Saturday Night. 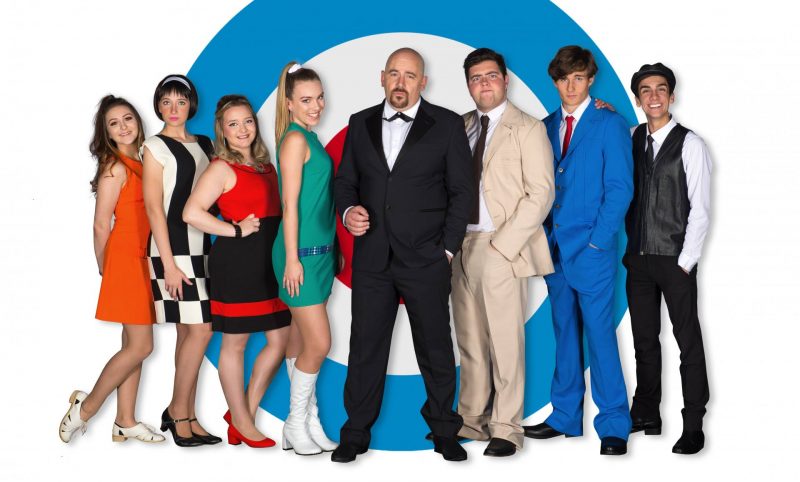 A Slice of Saturday Night takes audiences spinning back to London and the hip swinging 60s. The show takes a nostalgic look at the trials and tribulations that faced the youth of the period. The girls, in their knee-high boots and false eyelashes, pale lipped and lacquered to perfection, are desperate to resemble Twiggy or Sandie Shaw, while beneath their skimpy Mary Quant or Yves St Laurent dresses beat virginal Barbara Cartland hearts. The lads, in their button-down collars, hipster trousers and leather caps, are all would-be Beatles or Donovans, desperate to try their pick-up lines in the hope that tonight will be their lucky night! The boys tease the girls… the girls tease their hair… and all to the strains of over 30 original songs, echoing such 60s greats as the Beatles, Cliff Richard, The Beach Boys, The Animals, Bob Dylan and the Rolling Stones.

This energetic and hilarious production revisits the joys and embarrassments of adolescence; full of charm, comic pastiche and sharp off-the-cuff humour.

Originally performed by the company back in 1995, this brand new production of the smash hit musical is back by popular demand featuring seven incredibly talented local performers and the theatre’s own manager, Jai Sepple in the lead role of Eric ‘Rubber-Legs’ DeVene. The musical that took the West End by storm is sure to have audiences dancing and screaming for more! A fantastic evening’s entertainment, not to be missed.

Lazy Sunday Lunching at The Greyhound in…

What is a Window Actuator? *

The Duke of Essex Polo, Essex,