I am so for trying out new food and drink, especially when it’s in Essex. I’m such an advocate for the area and I love to see new faces bringing fresh flavours and ideas to the table, literally.

One of those is Andi Walker, semi-final contestant from Masterchef and his taster menu at The Riverside Inn in Chelmsford. It’s just a short walk from the station in a refurbished 17th Century Mill.

I visited a couple of weeks back with Mumma Squibb, Penny and her partner Ben and here’s how the experience went. 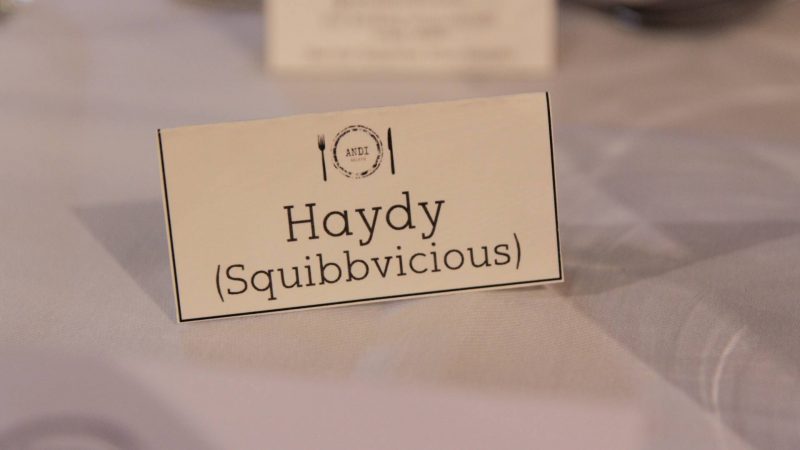 Upon arrival, I was offered an Aperol Spritz so the evening was off to a good start! I found my spot at the table and made myself at home. We were sat with the lovely Sarah from Verri Berri PR who kept us entertained and chatting all evening. 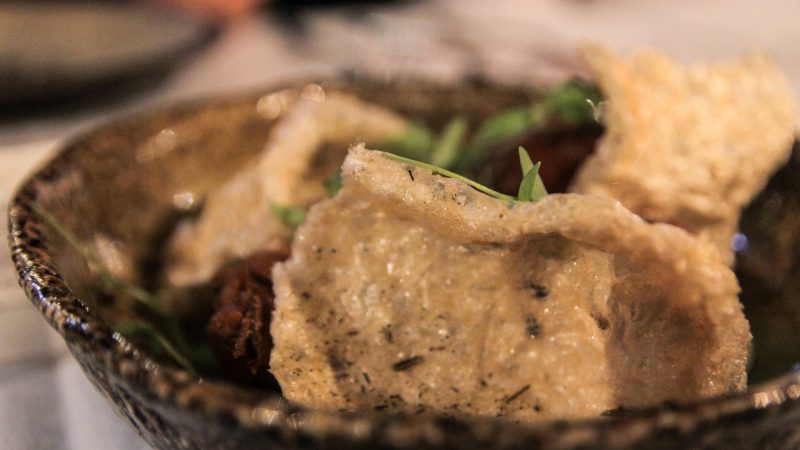 Our first course was the Leek Bhaji’s, Yoghurt, Roasted Artichokes, Mushroom Ketchup and Pork Crackling with Thyme Salt. I’m always a little wary of Pork Crackling as I’m worried it’ll taste fatty and greasy but this was far from it. It’s was cooked perfectly. The Leek Bhaji was so flavoursome and the sauce really complimented it. 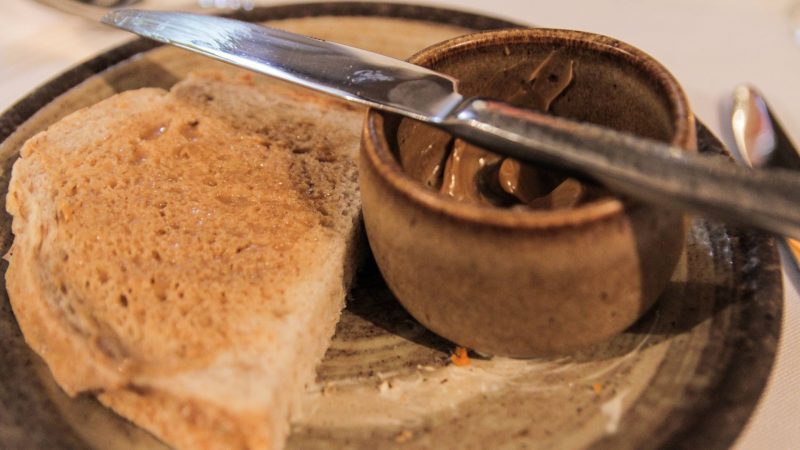 The second course would be one to divide the guests, but I LOVED it; Sourdough bread with Marmite Butter. Even Mumma Squibb ate it and she can’t stand Marmite. According to Andi only two people out of all of those they have served this too didn’t like it, everyone else was won over by it. I’d happily have a tub of this in the fridge for my toast of a morning! 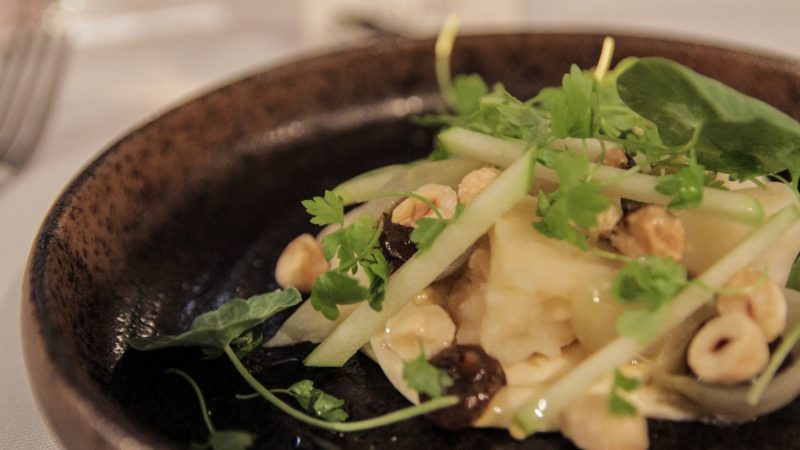 The third course was, in all honesty, my least favourite of the courses as I’m not a fan of fruit in cooking, nor of truffle but the Salt Baked Celeriac with Apple, Mustard, Hazelnuts and Pickled Onions was still pretty good! I’m just an odd one when it comes to textures in food! Mum, also, isn’t a fan of truffle but cleared her plate so that’s a really good sign! 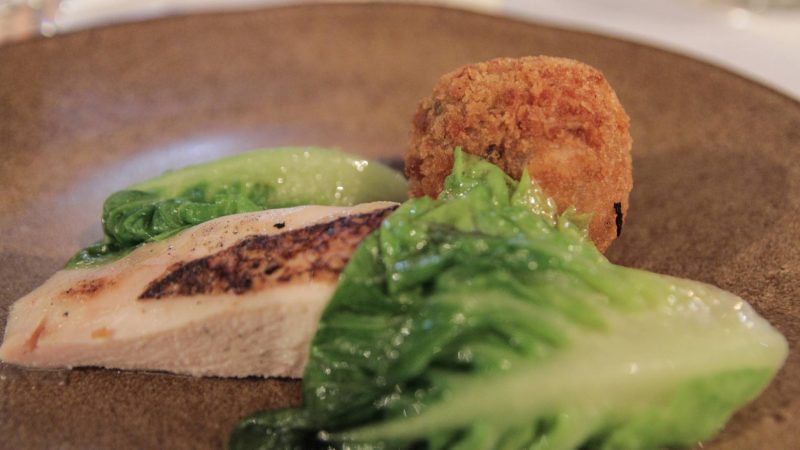 The fourth course, or what would be your main course, was incredible! The Free Range Chicken was probably the best chicken I’ve had in a very long time! When Ando told us how he made it, I wasn’t surprised, but I’m not going to reveal his secrets on here, you just need to go and try it! The chicken was paired with a Kiev, Mushroom Puree and Baby Gem Lettuce. I was literally licking the Mushroom Puree off the plate so this was an all-round win for me! 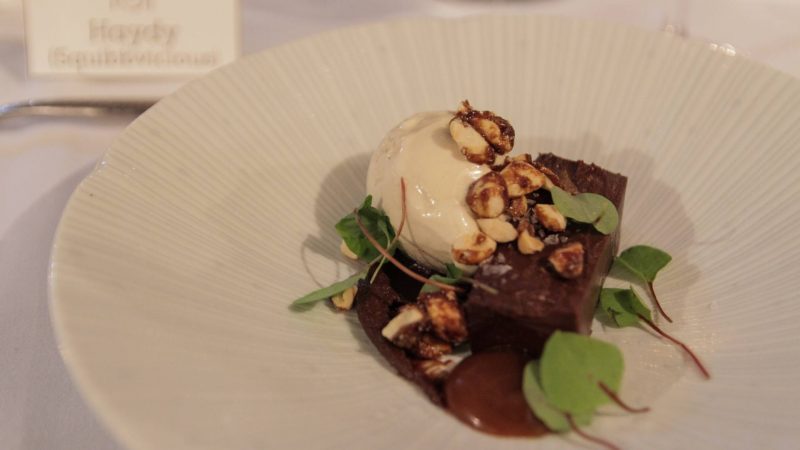 The fifth and final course was awesome too! A Dark Chocolate Torte paired with Peanut Butter Ice Cream, a Caramel sauce and topped with Peanuts was a little like a really posh bar of Snickers! Again, I was almost licking the plate clean.  Penny has a severe nut allergy so Andi made her a version with freeze-dried raspberries and that looked lush too!

After the meal, Andi popped over to our table for a chat and it was great to see how much love and passion behind the food. He was such a nice chap and even let us in on the fact he doesn’t like chocolate, this shocked me as he will never know how good his Torte is!

The service was really good, the atmosphere was top notch and the evening went by really quickly; a sign of a great night I think!

Andi Walker’s Pop-Up at The Riverside Inn is open from  Thursday to Saturday every week and the 6-course tasting menu is just £39.00 per person. We think that’s a bit of a bargain! The menu’s do change weekly to suit the seasonal foods Andi can get his hands on so do check the menu before going as it may differ to the goodies we tried.

Thanks for having us, we will be back soon for more of that chicken!

Origins Of Pop Up

Bread and Pastry Making at the KitchenAid…