Britain has always had a soft spot for cooking. Studies have shown that we own an average of five recipe books each, but now, more so than ever, we find ourselves turning to TV cooking shows, such as Come Dine with Me and The Great British Bake Off for further inspiration. We all have our favourite recipes, and our own special way to enhance them, but what are our favourite meals as a nation and how have they changed throughout the years? 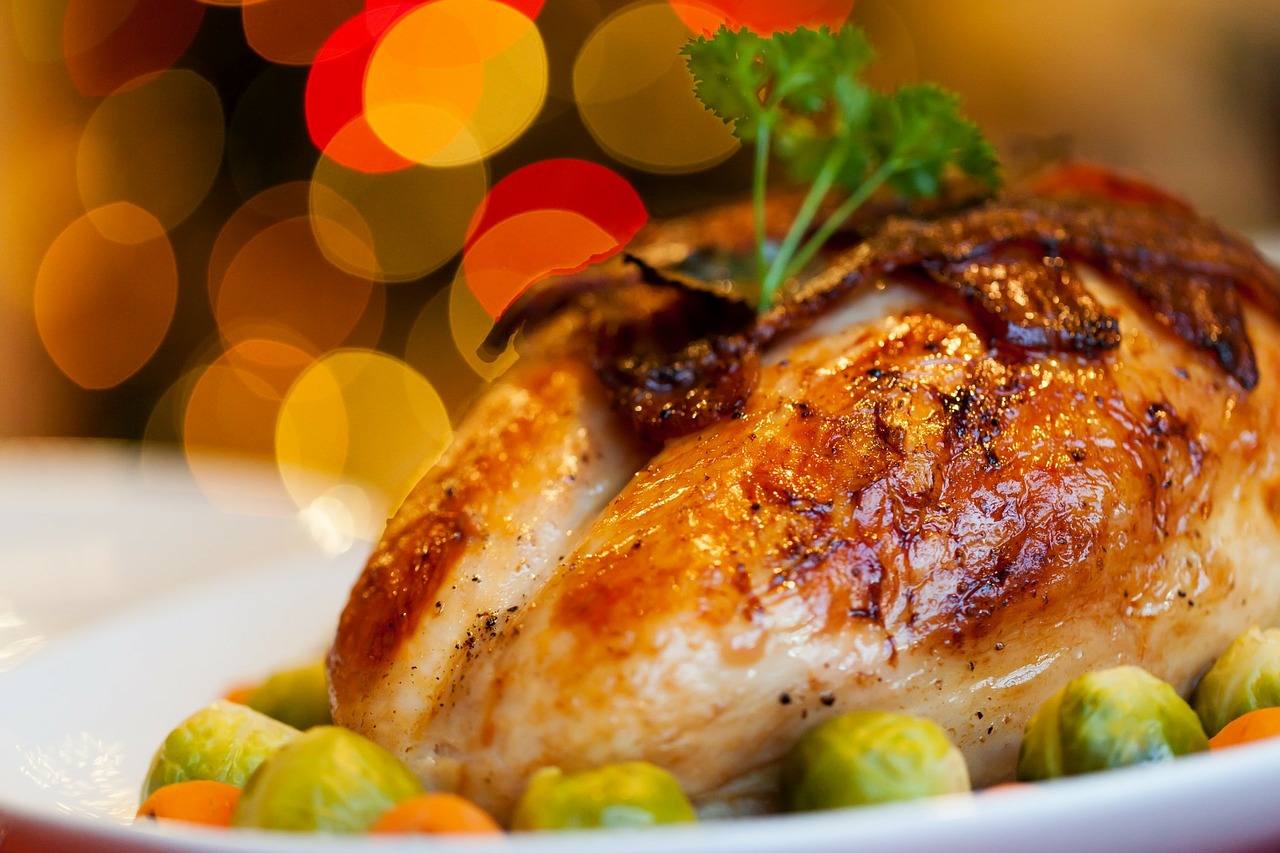 Surprisingly, the traditional roast dinner isn’t our favourite dish. The 1950s’ ‘meat and two veg’ phenomenon has slipped from the top spot, but it is however second on the list, beaten only by spaghetti bolognese. A staple part of the British family meal time for decades, the roast dinner is slowly evolving.

While it used to be seen as a luxury to have chicken, the poultry dinner was created 22 million more times in 2016 than it was in the year previously, which could be due to the affordability of the white meat. However, with many people turning to vegetarianism or veganism, you’d be forgiven for thinking that the roast dinner would be losing its appeal. Thanks to the likes of Quorn and other meat-free options being readily available, it doesn’t look to be leaving our cookbooks anytime soon.

Also keeping the dinner warm in our minds is the resurfacing trend of growing your own veg. While growing garden plants never lost its appeal, the younger generation didn’t seem to be keen to continue the produce-growing tradition that rose to popularity during the war.

Nowadays though, people are turning back to producing their own goods and with veg such as cabbage, cauliflower, peas and carrots just to name a few that have become a regular addition to a roast dinner, the organic appeal is going through a revival. 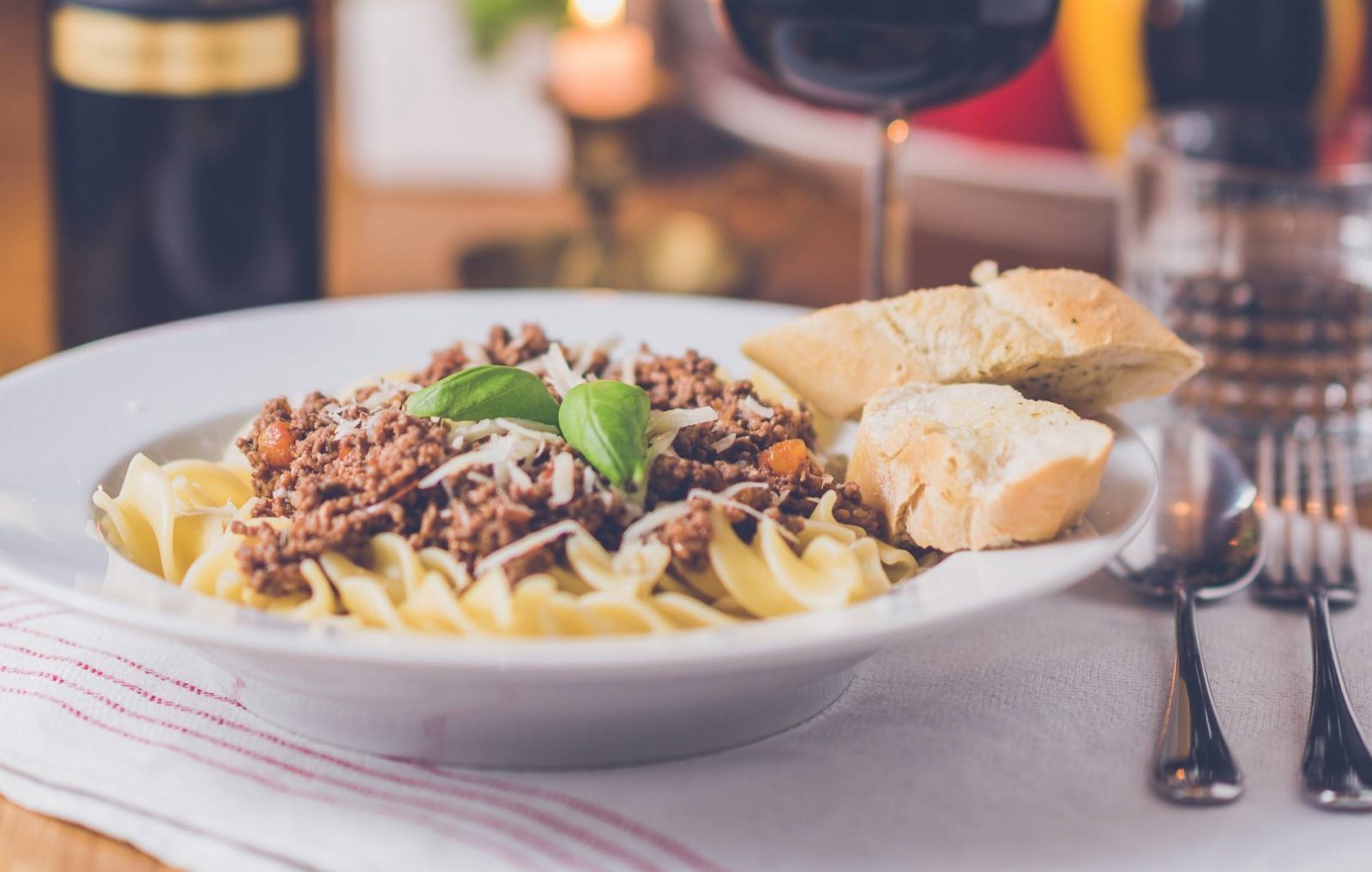 Ah, Britain’s most loved dish. Yep, that’s right, that Italian descendent has found itself classed as our number one meal to prepare. In fact, pasta is now one of the world’s most sought-after dishes. However, it wasn’t too long ago that this meal wasn’t available on our shores.

Thanks to a boom in the British economy in the late 1960s, our standard of living increased dramatically. This led to affordable overseas travel, which played a big part in tempting our palates with new foods and ingredients. By the early 1970s, dinner parties featuring fashionable ‘foreign’ dishes had become very popular. This allowed spag bol to be welcomed into our homes with open arms.

Unfortunately, though, not everyone is happy with its British connection. Top Italian chef Antonio Carluccio claims that it has been ruined on our isles, stating that we have started to unnecessarily add herbs to the dish and, in his home country, the dish doesn’t even exist. Talking at the Cheltenham Literature Festival in 2016, Carluccio said: “In Italy, it’s tagliatelle bolognese, with freshly made tagliatelle and bolognese without any herbs whatsoever.”

He isn’t the only chef to call out the British variation of the popular meal either, with Alfredo Tomaselli claiming some versions in Britain had nothing to do with the original. And it wasn’t too long ago that supermarket chain, Sainsbury’s, tried to add an even wilder twist. While it didn’t get the nation talking in a positive manner, the retailers were keen to get instant coffee added to the nation’s favourite. It’s probably best to stick to herbs and chilies for the added kick! 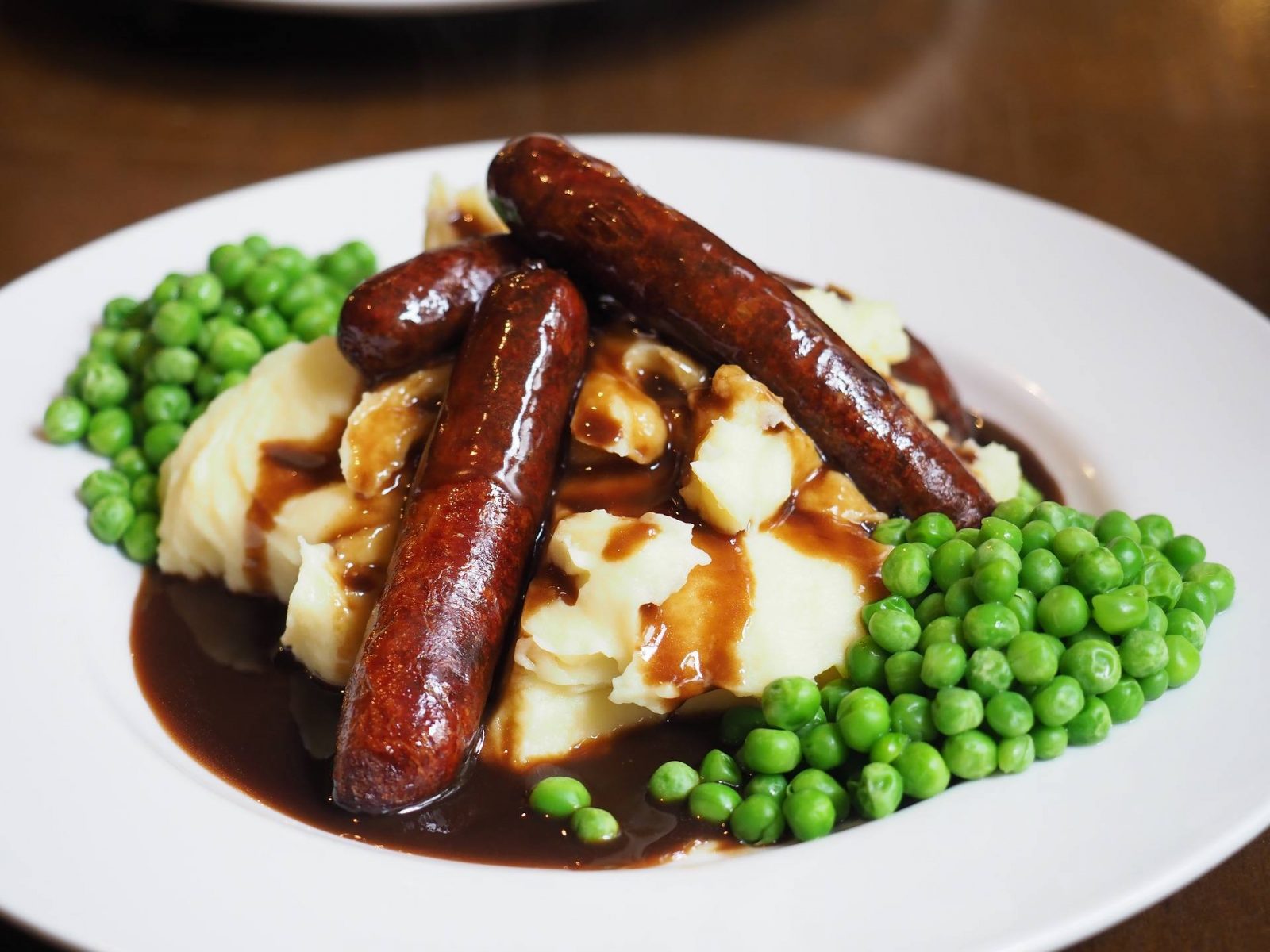 One of the UK’s most iconic dishes is sausage and mashed potato — or bangers and mash. Such a simple meal, all that’s realistically needed is sausage, potato and gravy, but you’d be mistaken in thinking you couldn’t put a host of twists on the dish.

The term ‘bangers’ has been generally attributed to the fact that sausages that were under rationing in the Second World War were made with water, so were more likely to explode under heat. However, you can date its origins further back to 1919. Sausages these days are much firmer and generally have a higher meat content, meaning this cooking explosion is less likely. While pork, beef or lamb sausages can be used, the Cumberland sausage from northwestern England is one of the most traditional to use.

And it’s not just better-quality sausages that have improved this traditional dinner. A hundred years ago, mashed potatoes consisted of water, salt, butter, milk and potato and that was it.  Fast forward to present day and there many varieties of the carbohydrate, including:

It’s clear that our taste buds have changed. While we still like a lot of the same meals, they keep on being tweaked and modernised, and those foods that don’t take well to change are simply going to fall by the wayside.

Four of the Best Pre-theatre Menus in…