I was very kindly invited to Firebrand Pizza in return for a review through Love Pop Ups London.  However, as always, all opinions are entirely my own.

When it comes to pizza, I like mine with a thin crispy base, a decent amount of cheese and no toppings spared; this is what Firebrand Pizza in Marylebone does. All of their pizzas are made from sourdough out of Caputo flour from Naples and left to prove for 72 hours. Their pizzas are then baked to order in a wood fire at 400°C which cooks pizzas within 90 seconds!

They also had a full menu that isn’t just pizza’s so we headed down to give a three-course meal a go! 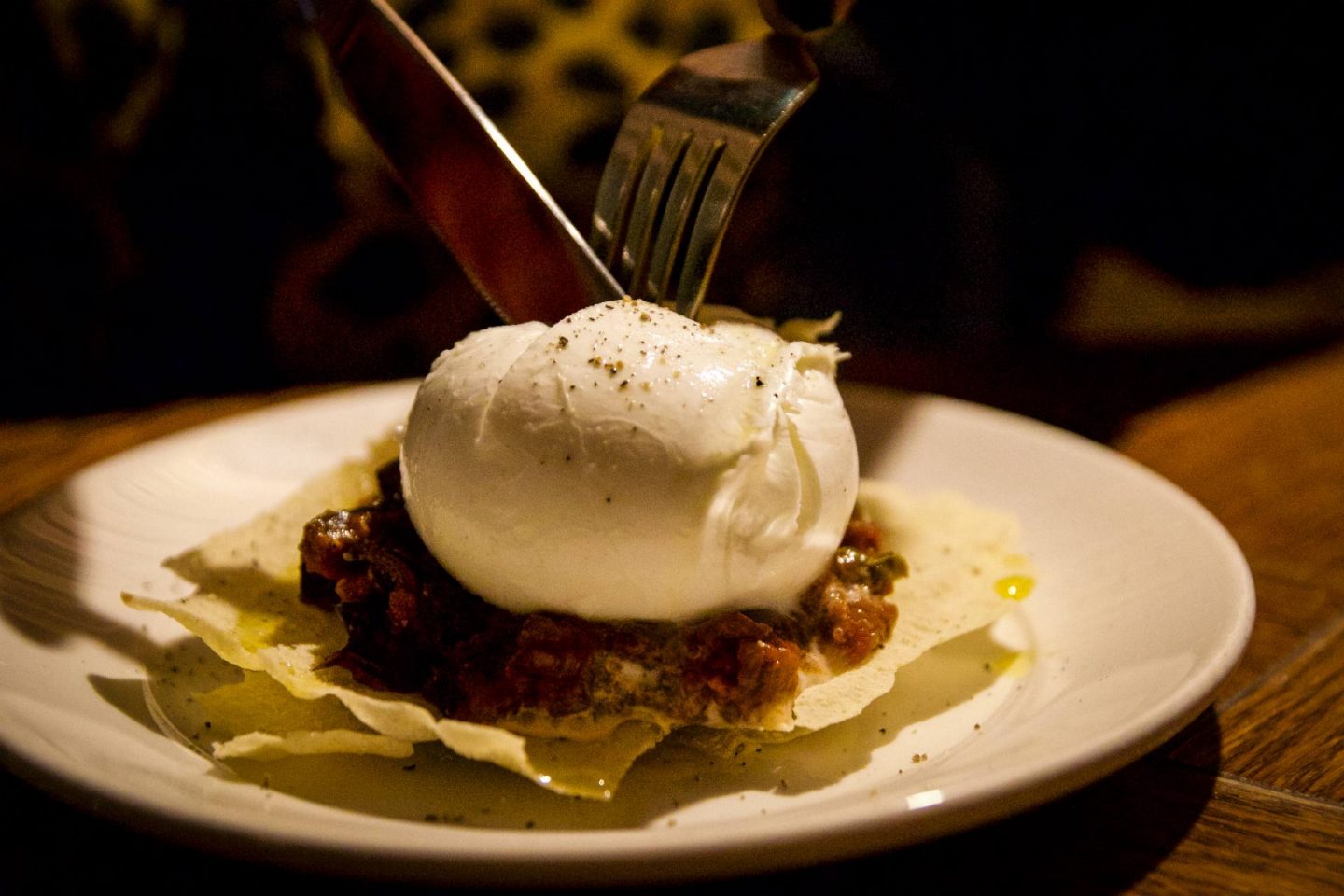 For my starter, I ordered the Fresh Bufala Milk Mozzarella with Aubergine Caponata. The mozzarella was really high quality, the aubergine caponata was really flavoursome, but I was a little unsure on the popadom like crisp that it was plated on; it was quite tough and tasted a little stale. It really didn’t need the crisp layer as the mozzarella and aubergine had more than enough flavours and great textures to be plated alone. 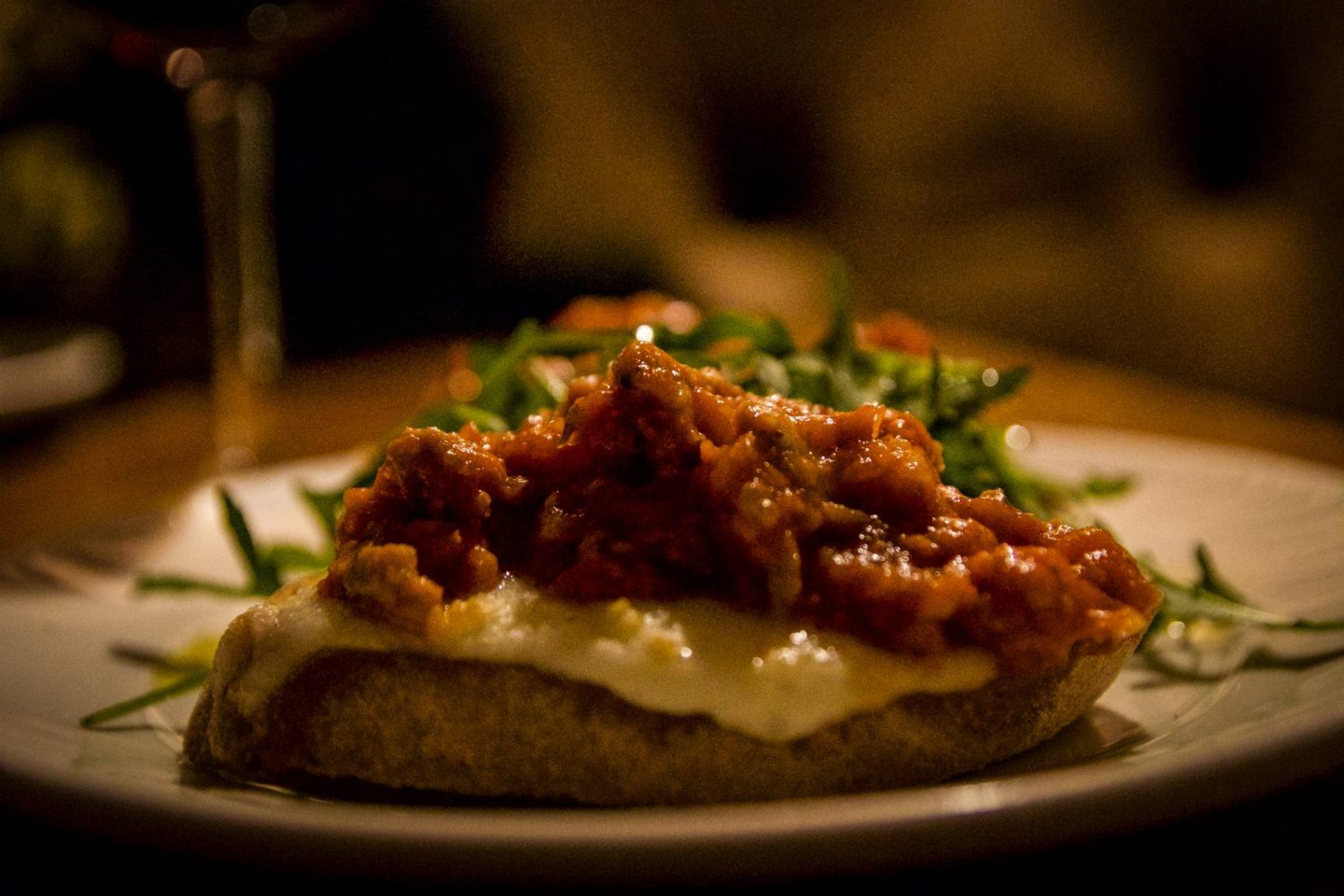 Mike ordered the Melted Mozzarella Bruschetta topped with Tuscan Sausage. He also had mixed feelings about his starter as he had expected the dish to come out warm due to the melted mozzarella but it was a cold dish and the Tuscan sausage was also not as spicy as he’d expected. This obviously isn’t reflective of the actual dish as this was down to personal expectations, but he was disappointed with how hard the bruschetta was. Mike did, however, say how nice the mozzarella was and the salad on the side was really fresh.

We had been eyeing up the pizza’s being served around us and they looked really so we couldn’t wait to try them! 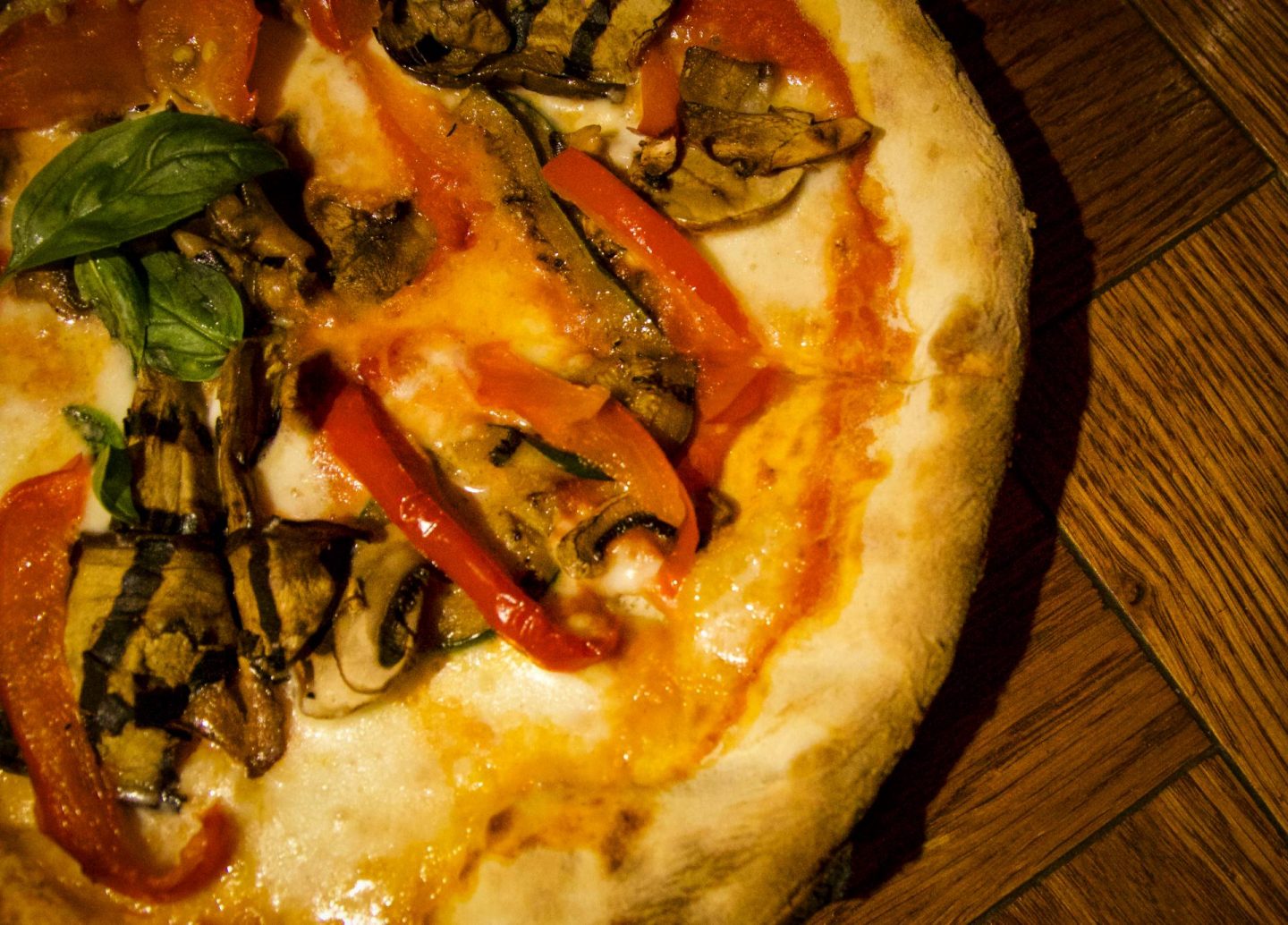 There were plenty of veggie pizza options on the menu and after much deliberation, I went for the aubergine, courgette, mushroom, peppers, on a base topped with tomato and mozzarella. The toppings were all great and had been grilled prior to topping the pizza so they were cooked thoroughly. The base was exactly how I like them; thin and crispy. 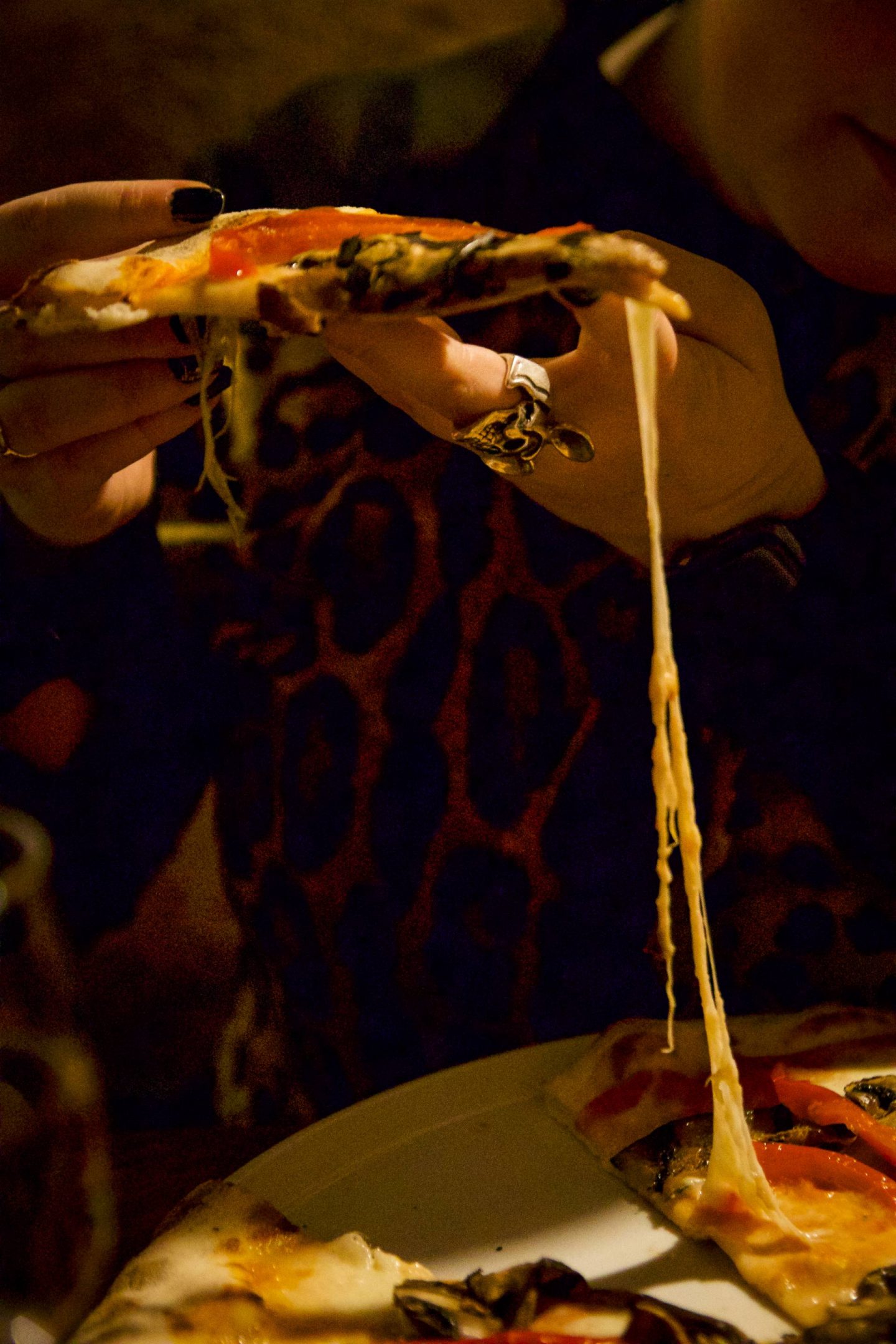 And just look at that cheese! I really enjoyed all of my pizza and the chilli oil I used to give it a little kick went perfectly. The pizza was a really good size and I was left feeling happy full and impressed. 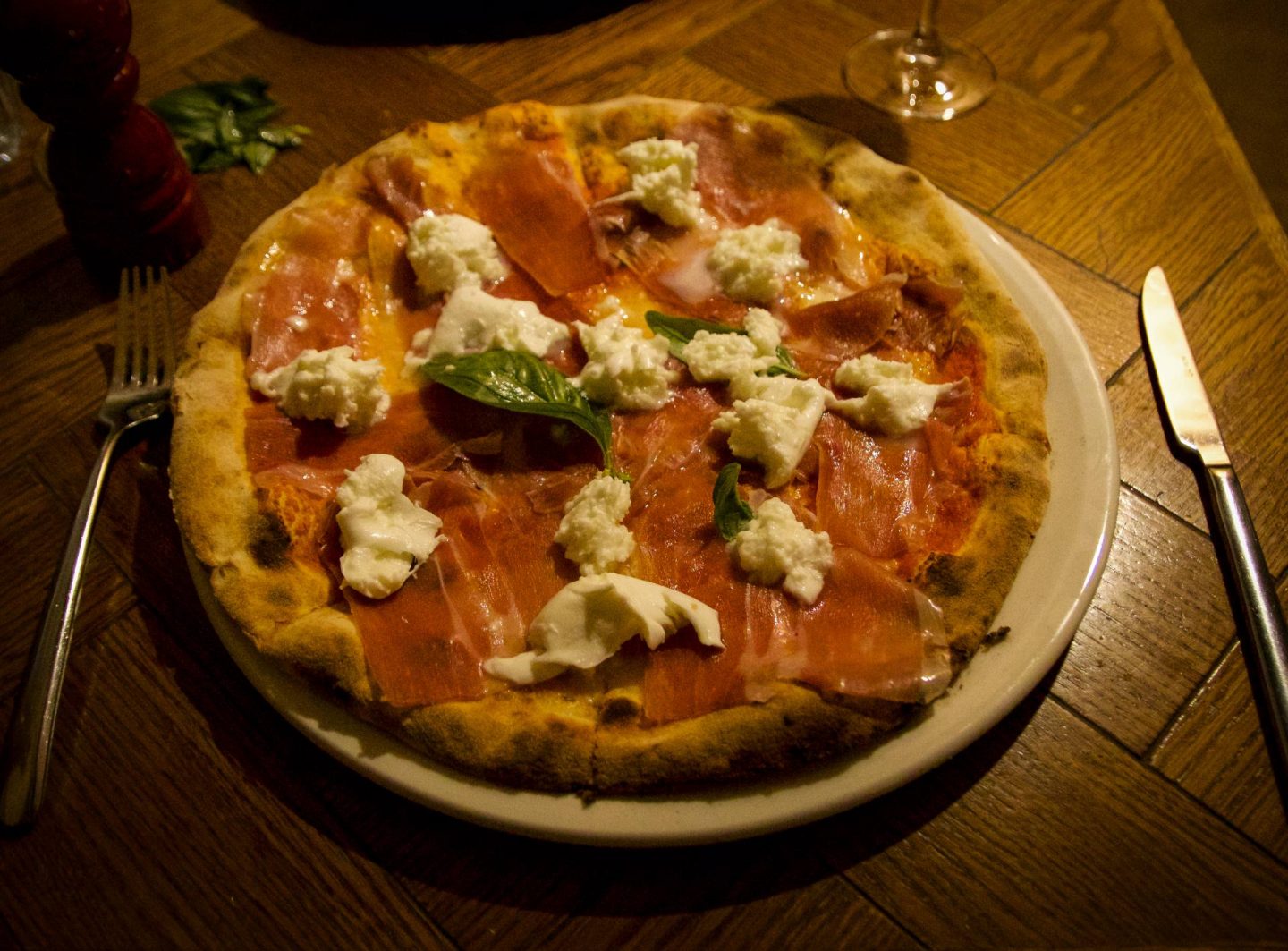 Mike ordered the Parma Ham pizza that has a base topped with tomato and the fresh Buffalo Mozzarella was added after cooking. There sure was no skimping on the toppings which was nice to see as I often find I could have a little more on my pizza! Mike was really full after his pizza and enjoyed every mouthful. 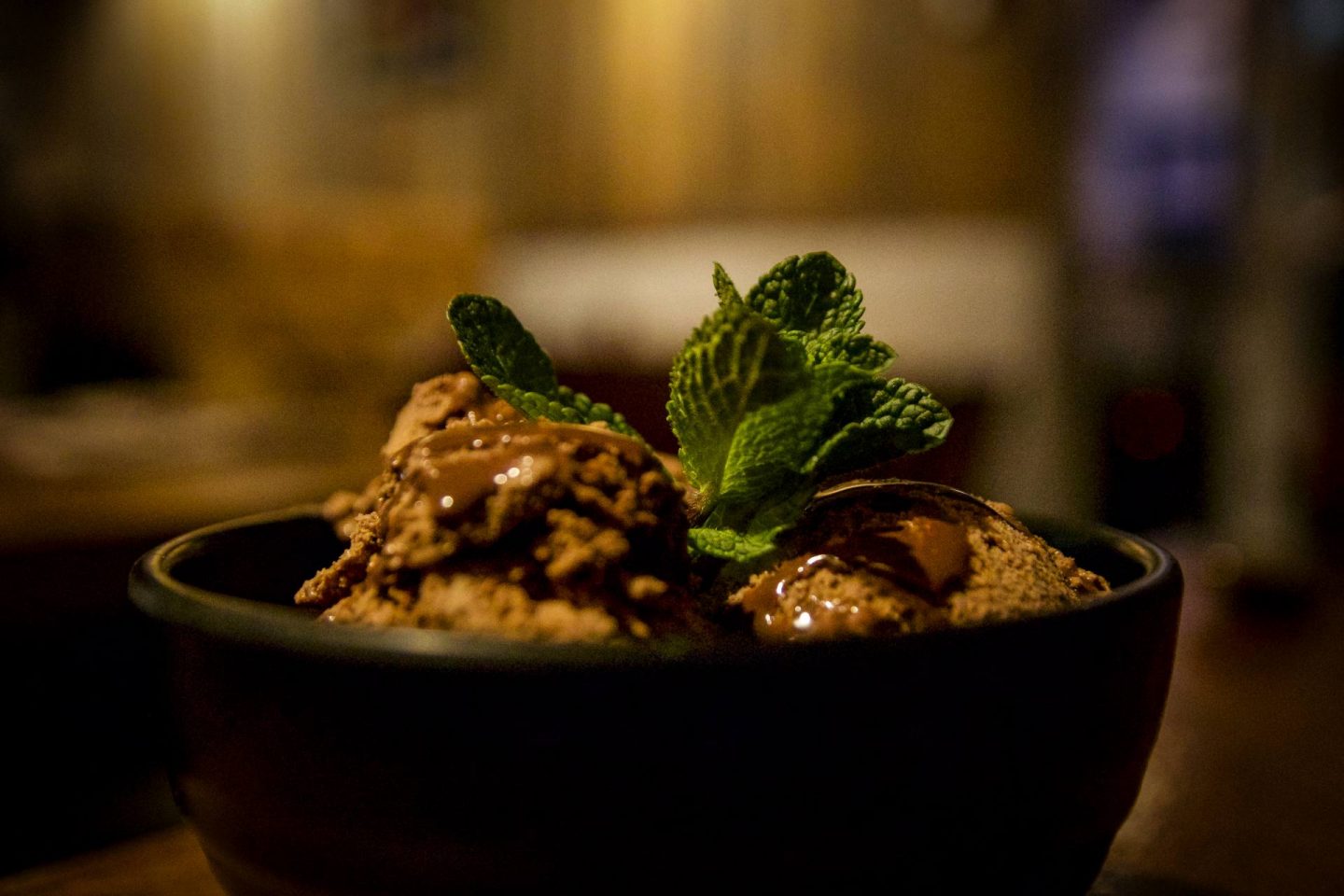 Despite being rather full, there’s always room for dessert especially when it’s Italian Gelato. There were three flavours up for grabs, vanilla, chocolate and strawberry and I went for the chocolate. I was served a decent sized three scoops that I couldn’t actually finish! I was gutted as it was so nice and I loved the little chocolate chips in it. 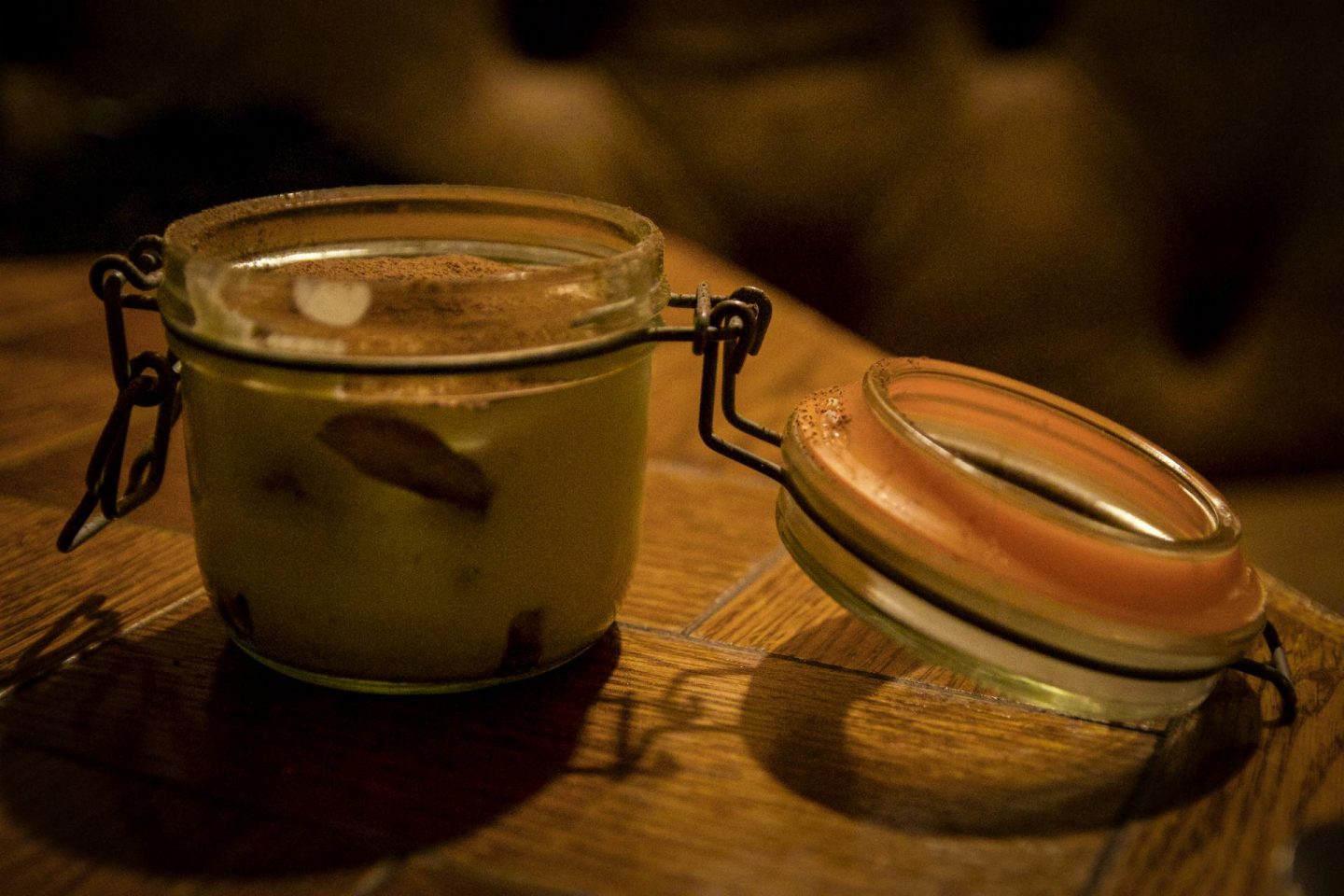 Mike ordered his favourite dessert, Tiramisu, which came in a really good sized Kilner style jar. There was plenty of flavour, was a great consistency and a pleasant way to end his meal.

We washed our meals down with a bottle of 2017 Visconti della Rocca Primitivo from Puglia, Italy. It had quite an intense, fruity plum flavouring with a slight savoury spice. It was a really smooth-textured wine, that went down very easily with a note of vanilla on the finish. We really enjoyed our bottle, but we would have liked to have been asked to taste our wine before our glasses were poured to just check it was good enough to drink and there were no issues with it. I’m quite a stickler for tasting wine!

Overall, we did enjoy our meal but would return just for pizza and dessert as they were the courses we enjoyed the most. We probably didn’t even need to have starters as the other courses were more than substantial sizes to fill us up and were really tasty! 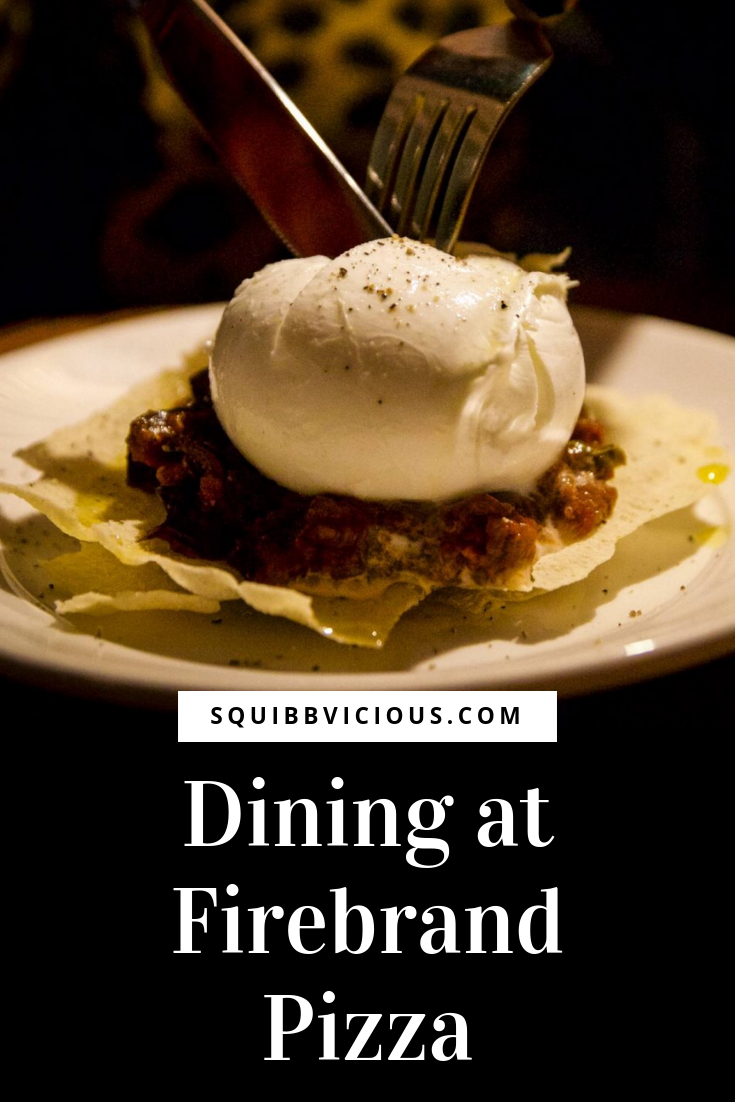 Eating my Way Around East London with…