I was very kindly invited to Whittard’s Afternoon Tea in return for a review.  However, as always, all opinions are entirely my own.

Did you know that at the start of June it was National Best Friend Day? I did, and I found an awesome way to spoil one of mine! I treated her to a wonder Afternoon Tea Experience at Whittard’s Tea Room in Covent Garden.

I had no idea that you could have afternoon tea in a Whittard’s store, well, let me correct that; I didn’t know that Whittard’s had a Tea Room that served afternoon teas and cakes. 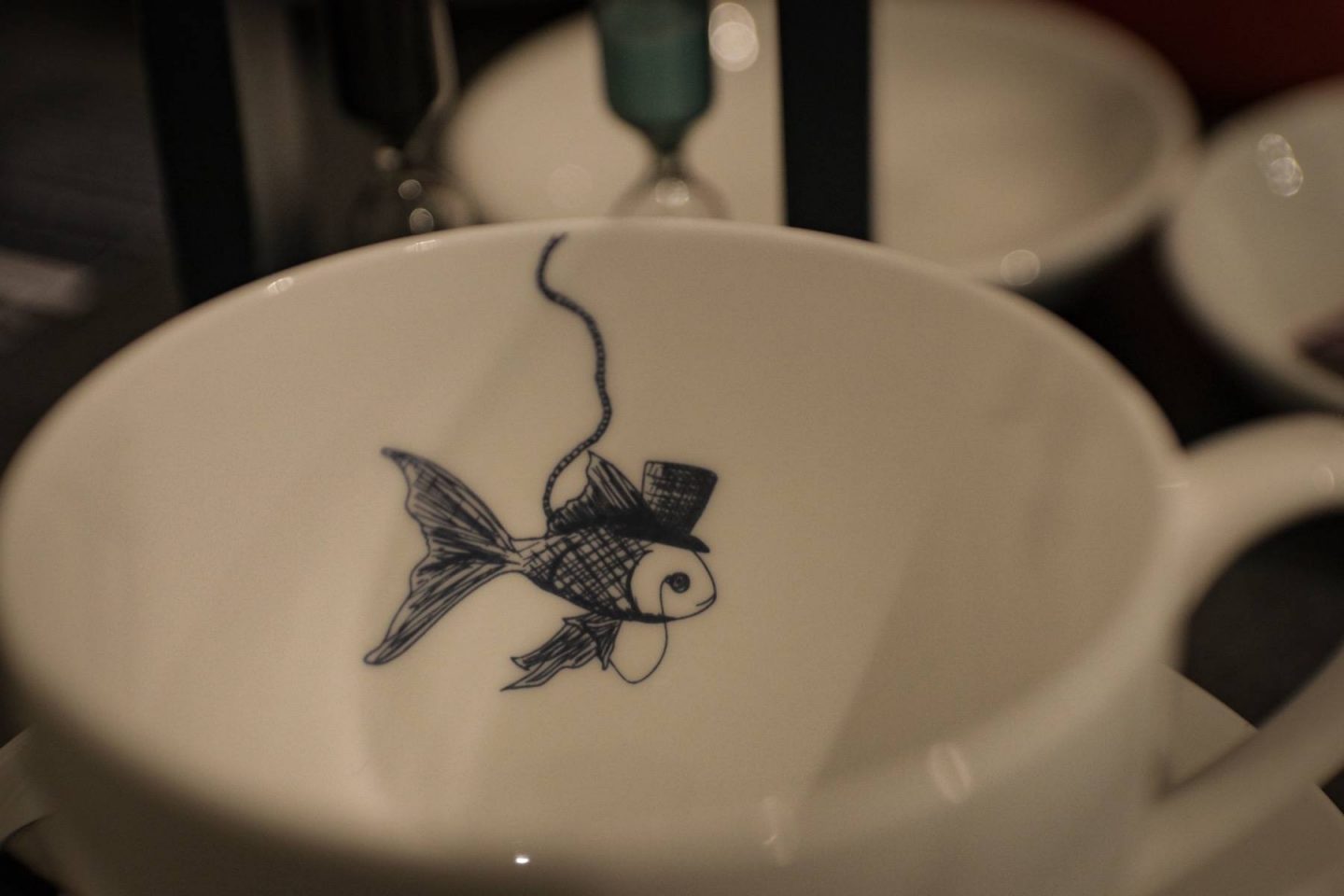 Upon arrival, we were escorted to our table and had the menu explained by one of the lovely waitresses. We were advised to try The Grocer’s Tea as we were using our Afternoon Tea as our lunch rather than as a top up before dinner. That’s the beauty of Whittard’s, their Afternoon Tea lasts all day!

We were then educated on the teas, and my gosh, did we need educating as there were so many to pick from. I told our waitress about my caffeine allergy and she was really helpful with what I could order, in fact, she went one step beyond what I had expected! She bought me out a variety of teas based around cocktails that I could have a sniff of to make the best decision. 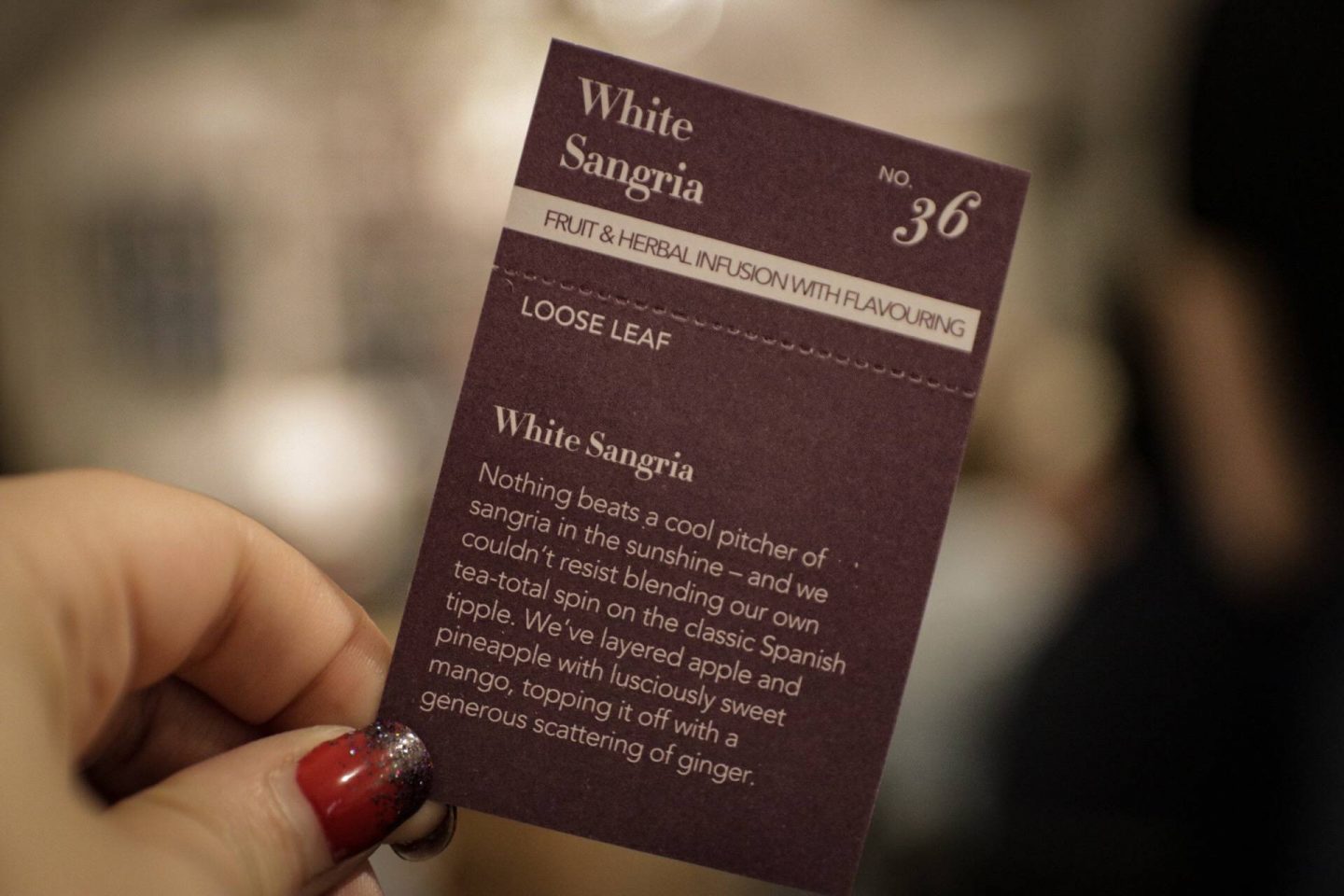 I ended up picking the White Sangria which was rather delightful. My coffee drinking buddy, Clare, gave the Bohemian Raspberry tea a go and really enjoyed it. Whilst they were brewing, we were treated to a glass of tea infused Prosecco which went down a right treat. 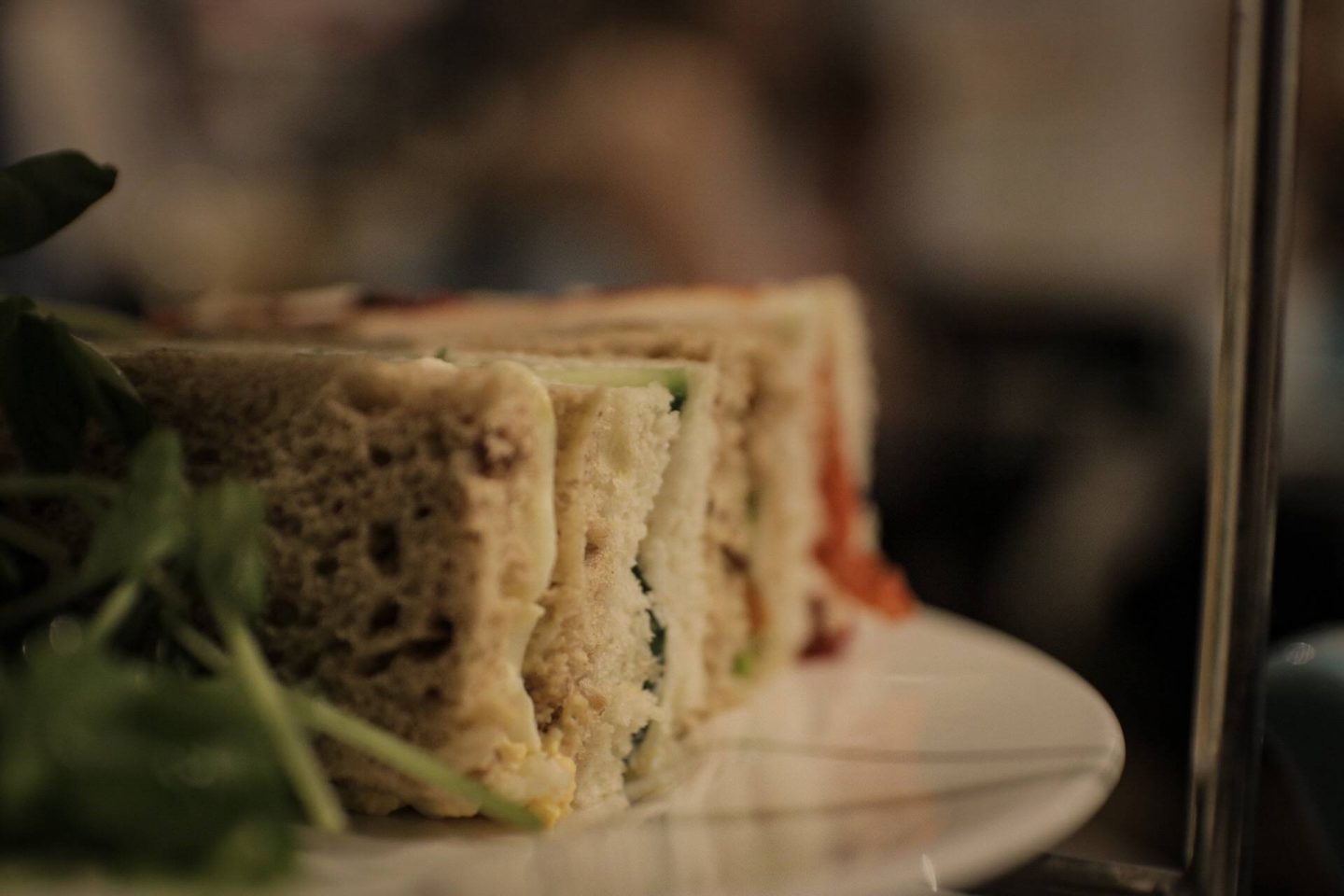 I ordered the meaty version of The Grocer’s Tea and Clare had the veggie option. The meaty option had a very classic selection of handmade finger sandwiches in the shape of smoked salmon with lemon cheese, coronation chicken, my favourite, the cucumber and egg and cress. Clare had the cucumber, egg and cress, and two meat and fish free sandwiches that I can’t remember for the life of me! 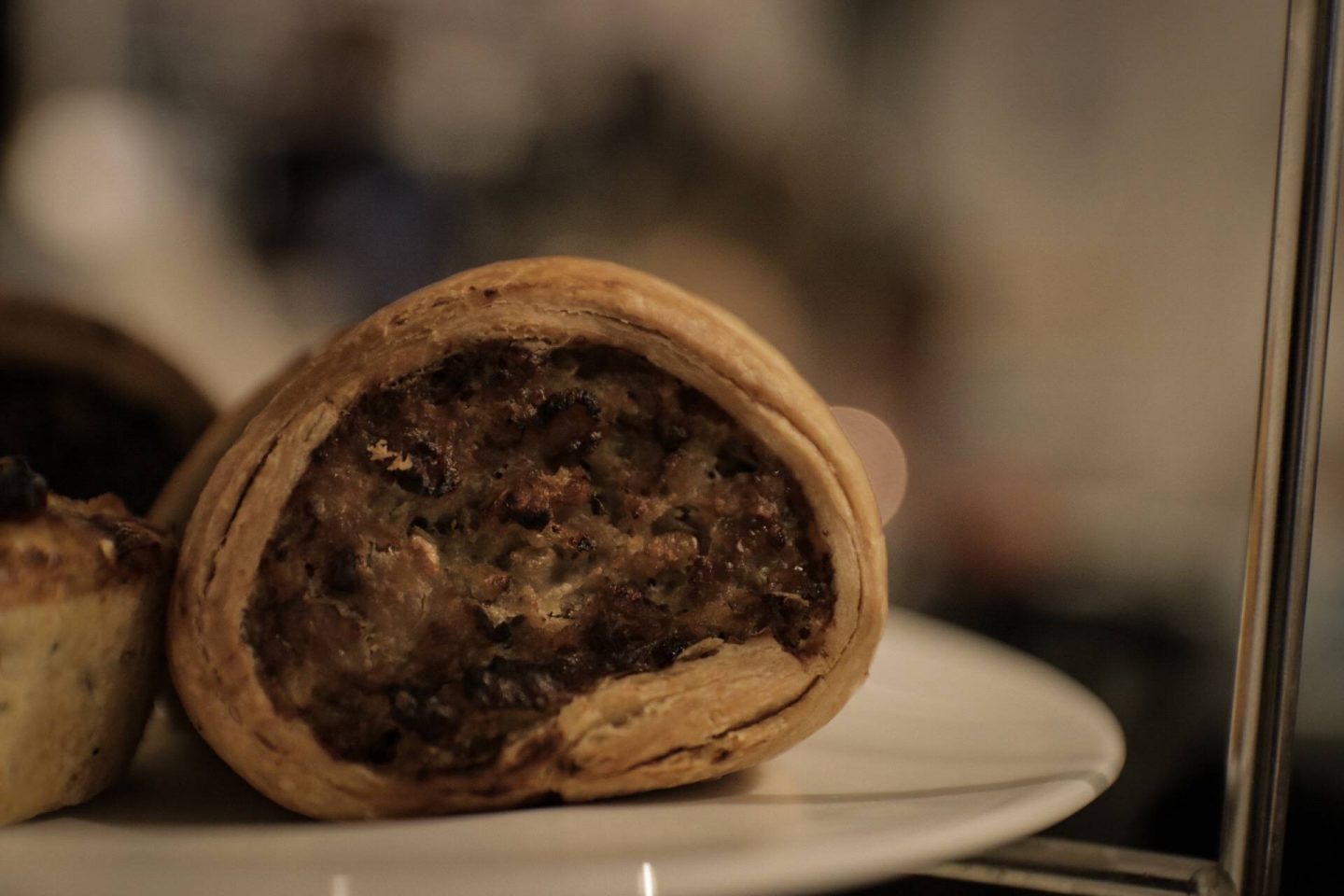 I also had two chunky slices of pork sausage roll served with wholegrain mustard and Clare has a spinach based roll with onion chutney. I’m thinking they need to share the recipe with me as both were so good.

We both also got half of a spinach and feta tart which was vegetarian. This was so tasty and I never say no to feta!

You may have noticed that I’ve not mentioned any scones, and that’s because we veered away from the traditional afternoon tea when we picked The Grocers Tea. Instead of having scones, they were swapped for the rolls and tart to make this a heavier meal which is why we chose it in the first place! 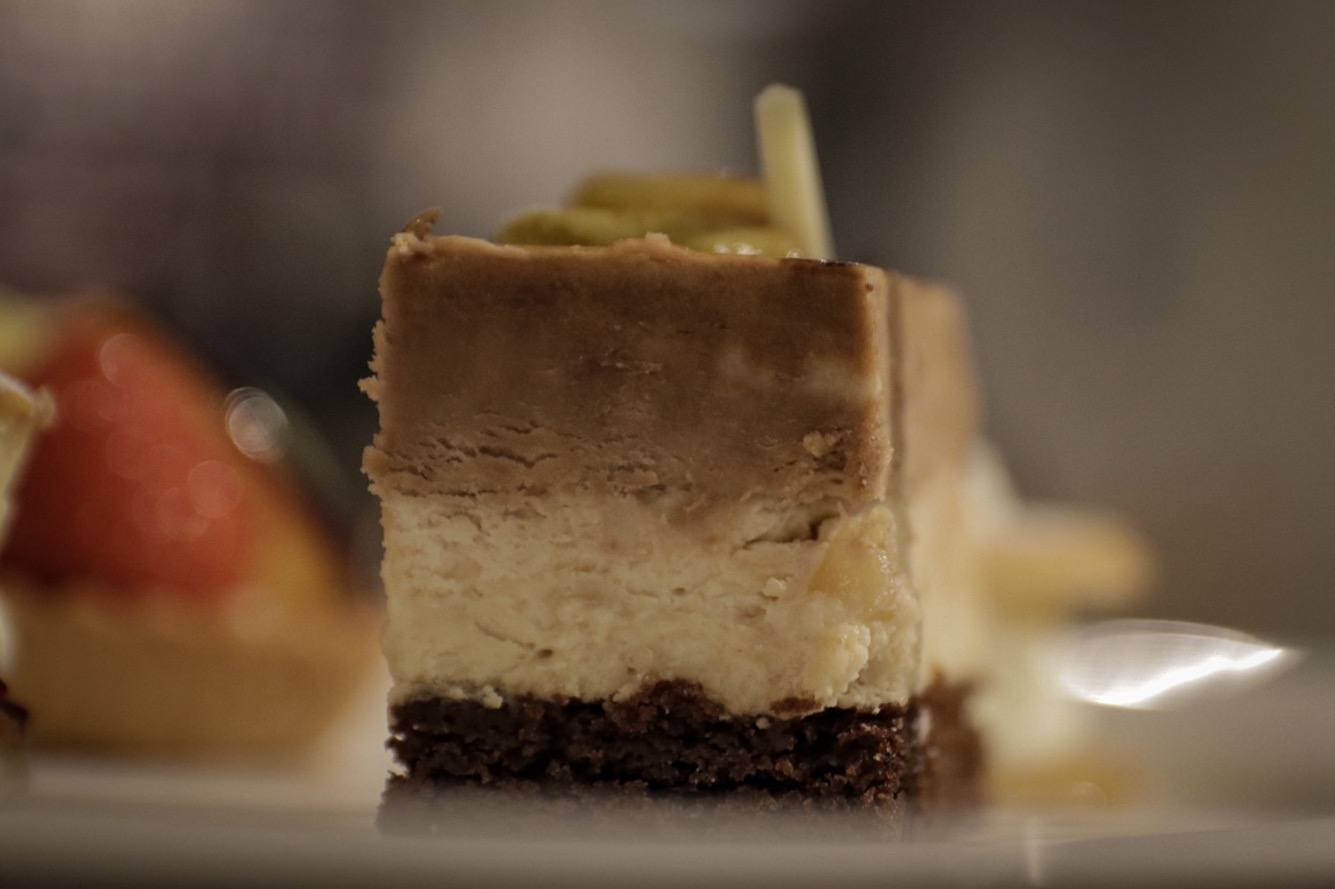 We then went back a little traditional with a selection of cakes that we shared. We had the cutest little fruit tart, a brownie style cake, a champagne flavour biscuit and a very lovely Victoria sponge. All of them were so good and I’d love to go back and try some of the bigger slices of cakes as they looked divine too.

After our super filling and super scrummy Afternoon Tea, Clare and I were treated to gifts as it was National Best Friend Day after all. Clare had to pick a gift for me and she did really well with picking some cold brew fruity teas that I’ve had great fun making into iced tea during this stint of hot weather. I picked Clare an Alice in Wonderland tea strainer as she didn’t own and two loose leaf teas as she’s now a convert!

We had a fabulous afternoon and it was a wonderful way for Clare to experience her first ever Afternoon Tea. We loved that we had a mix of traditional and quirky as I think that sums up our friendship perfectly! The staff were second to none and I’m certainly going to be recommending Whittard’s for a lovely afternoon out.

A FOODIES GUIDE TO MADRID