Squibb Vicious is better known as Haydy, a 30-year-old wannabe mermaid who loves a kitchen disco. When she isn’t dancing like no-one’s watching, she can be found petting dogs, watching dog videos or spooning her doggos on the sofa. 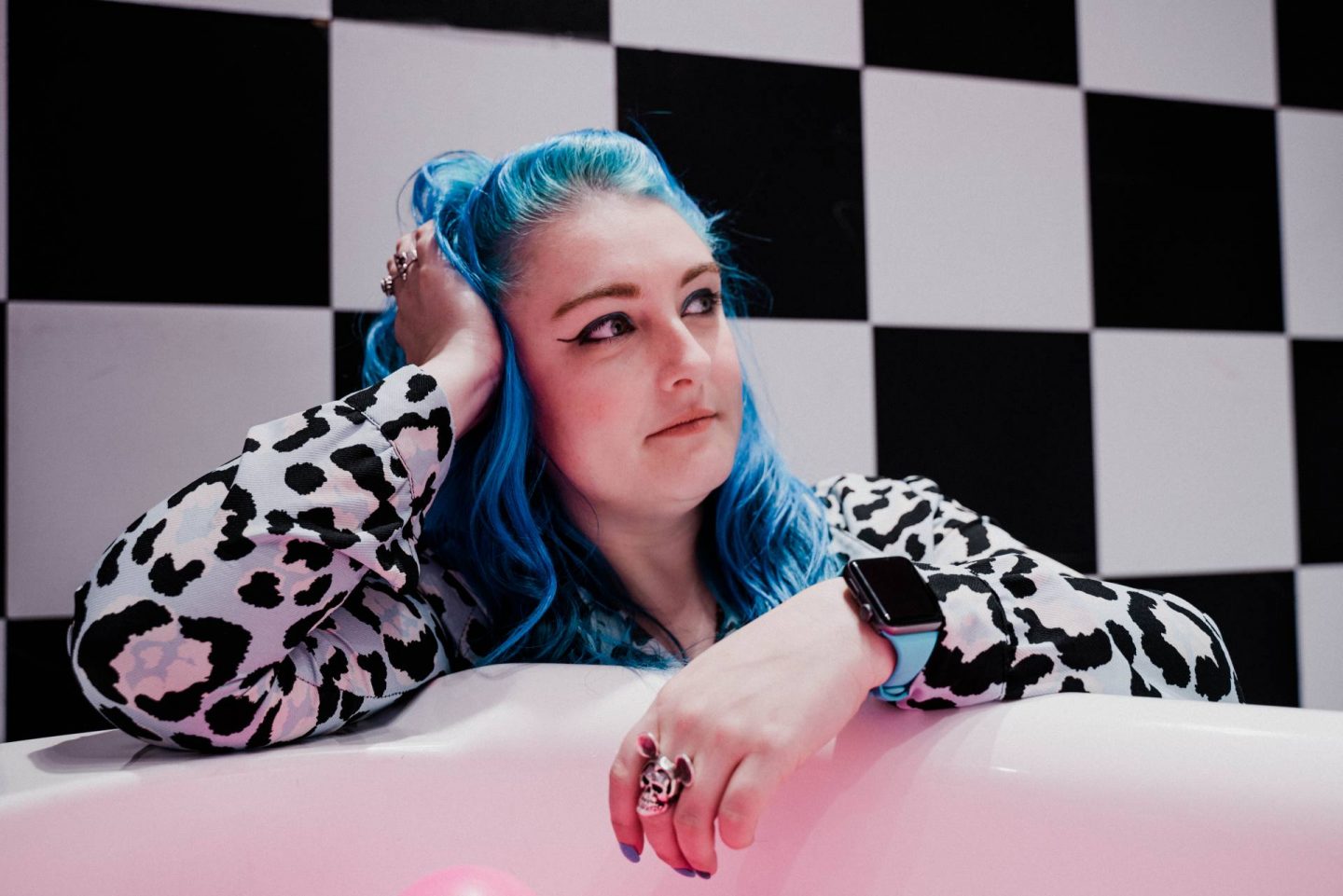 Photo Credit: Mikaela Spiteri.
What’s with the Name?!
Squibb Vicious was a name given to Haydy by an old work friend, and it stuck! For those of you that don’t quite get it; Squibb is her surname, and it’s a play on Sid Vicious from the Sex Pistols!
Where are you from?
I live in a place called Gidea Park in Essex with my boyfriend, Mike. Some people will tell you it’s East London but for as long as I have an Essex postcode, I’m clinging on to that identity!
Why did you start a Blog?
Haydy began running this blog on 19th April 2012 as she was lucky enough to do a lot of fun things with her first journalism job and felt she needed a place to share it with the world. After a trip on the Orient Express, she decided the time was right and got stuck in with her writing.
Do you get any help with Squibb Vicious?
Mike dips in and helps with a good few aspects such as being super creative with YouTube videos when Haydy needs some direction! He also takes some pretty good photos too.
What photography equipment do you use?
We use two Canon 80D bodies usually with a Sigma 17-50mm f/2.8 or a Canon 50mm f/1.8 lens. We also have about 5 other lenses that sometimes come out to play! We also use a DJI Mavic Pro Drone that we love dearly. We also have a Canon 60D, FujiFilm X70, Polaroid Cube and a few other goodies in our super handy Vanguard!
Any Background Knowledge?
She has a BA Hons Degree in Media Writing from the University of Greenwich and has been featured in many online and print publications.
What do you do other than Blog?
Haydy spends her spare time taking lots of photos, at gigs or festivals, eating delicious food and trying diets to shed the weight she puts on whilst eating those delicious foods! She also enjoys finding new places to fly her drone and create videos.

If you wish to get in touch, please do; I enjoy reading each and every email and comment I receive.