Last week we bit the bullet and bought our Mavic Pro drone after abuot six months of deliberation! We opted for the more fly combo pack that contains the DJI Mavic Pro 4K, two extra batteries, car charger, power bank adapter, battery charging hub, spare propellers and a shoulder bag. Upon opening the box it was clear that the bag that was part of the pack would literally just hold the drone itself – there was no space for extra batteries, cables and charging hubs that you really need when carrying the drone around!

Then the lovely team behind Lowepro dropped me a line into my inbox seeing if I wanted to try out one of the bags from their new DroneGuard range. Of course, the answer was yes as I’m already an owner of a Lowepro camera bag and know how good they are! My original bag from them is now around 10 years old and hardly looks used it’s that good. 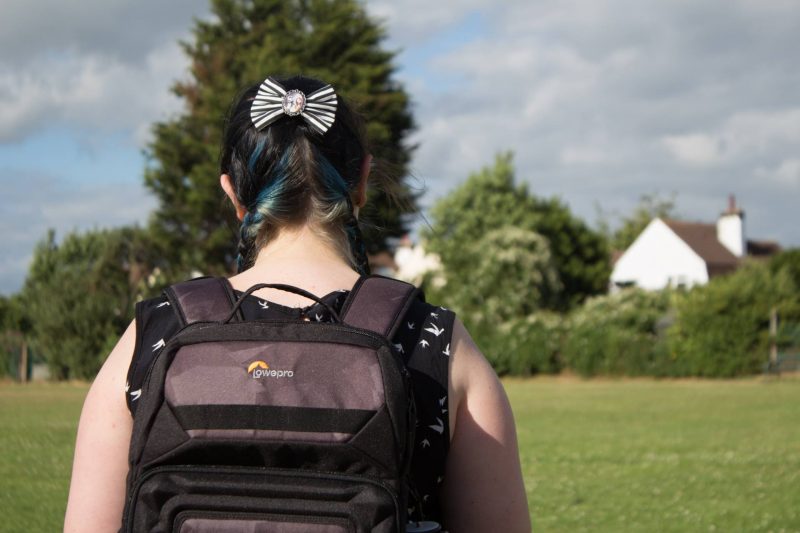 I chose the DroneGuard BP 250 which is able to hold DJI Mavic Pro, the remote, up to 5 spare batteries, up to a 15” laptop, up to a 10” tablet, up to plus size smartphone in the pouch on the front, charging cords, and water bottles. They do state a few other items but as I don’t have an OSMO or Go Pro, we popped in one of our Canon DSLRs with a couple of lenses. 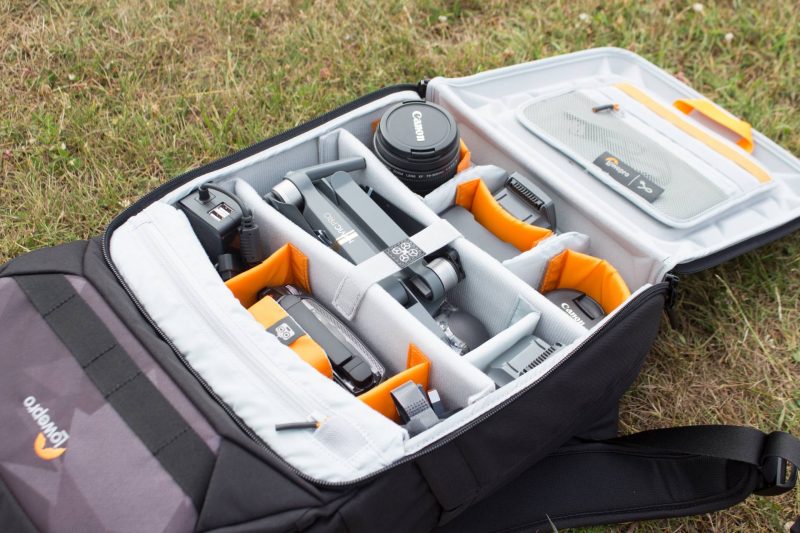 There are more than enough compartments to hold everything you’re going to need. We also put our Joby Gorillapod in one of the water bottle holders so this is another option. Our 75m – 300m lens is able to stand upright (as pictured) and the bag still closes without any issues. 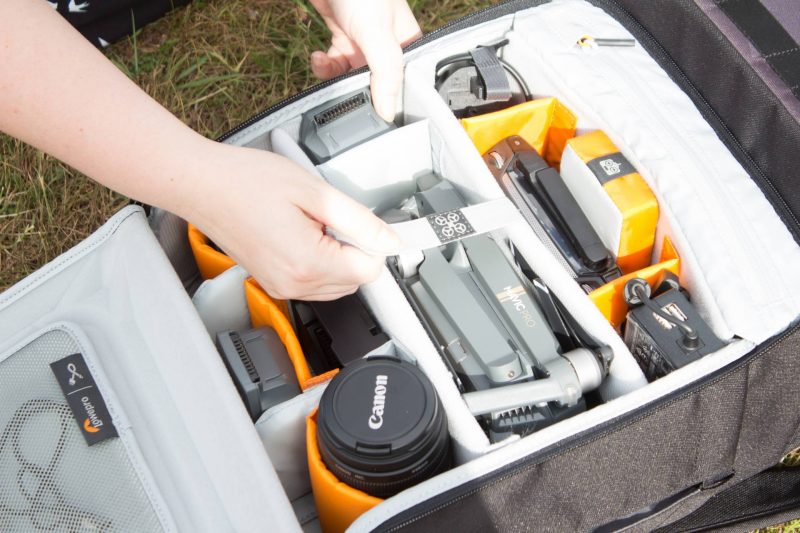 There’s even a little secure tag to make sure your drone really doesn’t move, but I have full faith in the bag that it won’t be going anywhere when travelling. From photos online you can also lay the drone flat in the bag as opposed to the side as I’ve done in my photos.

The bag itself weighs just over 1kg empty and doesn’t weigh much more with all this in it as the drone is light too! It’s really comfy on your back as it’s super padded and the straps sit on your shoulders real nice. Even with how short I am the bag just sits on my bum and doesn’t move around or annoy me as some bags tend to bounce about.

Overall, I’m super happy with my choice of this bag as it’s going to the perfect size for hand luggage for our Trek America this year as we want to take the drone, cameras and plenty of spare batteries and chargers. We need to be comfy with all the hours walking we will be doing too so this is exactly what we needed. Good work Lowepro!