The end of last week all happened as a bit of a whirlwind; there was a phone call about a job, a phone interview, a face to face interview, a job offer, an acceptance email, a lunch at Giggling Squid and then a train up to Leeds for the weekend, and if I’m dead honest it’s all a bit of a blur! So yes, I do have a new job, but more on that next week, I’m here today to talk to you about what ended up being a lovely celebratory lunch with Mumma Squibb!

The Giggling Squid is just a short walk from Billericay Station and I was lucky enough to be trailing their lunch menu as I’d never been to one before! 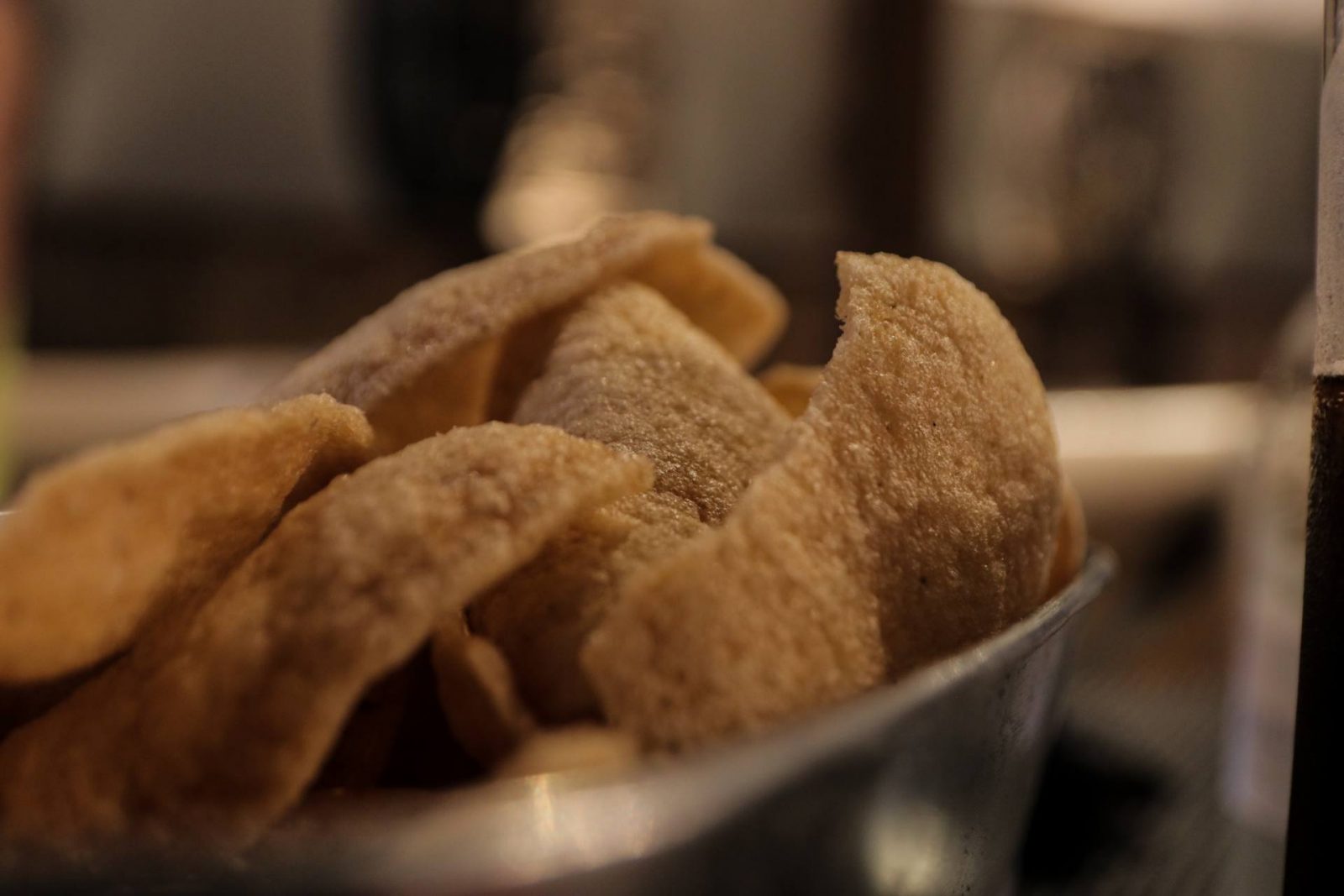 As we perused over the menu deciding whether to get a Tapas Set, One Big Dish or the Two Dish Meal Combi we chowed down on some really great prawn crackers. I much prefer the slightly spiced ones than the white ones you get with you Chinese Take Away! I also love when they give you the hugest bowl of Sweet Chilli dip as it’s a weakness of mine!

After much umming and ahhing we decided to go with the Two Dish Meal Combo as I was rather hungry after being too nervous to eat in the morning! 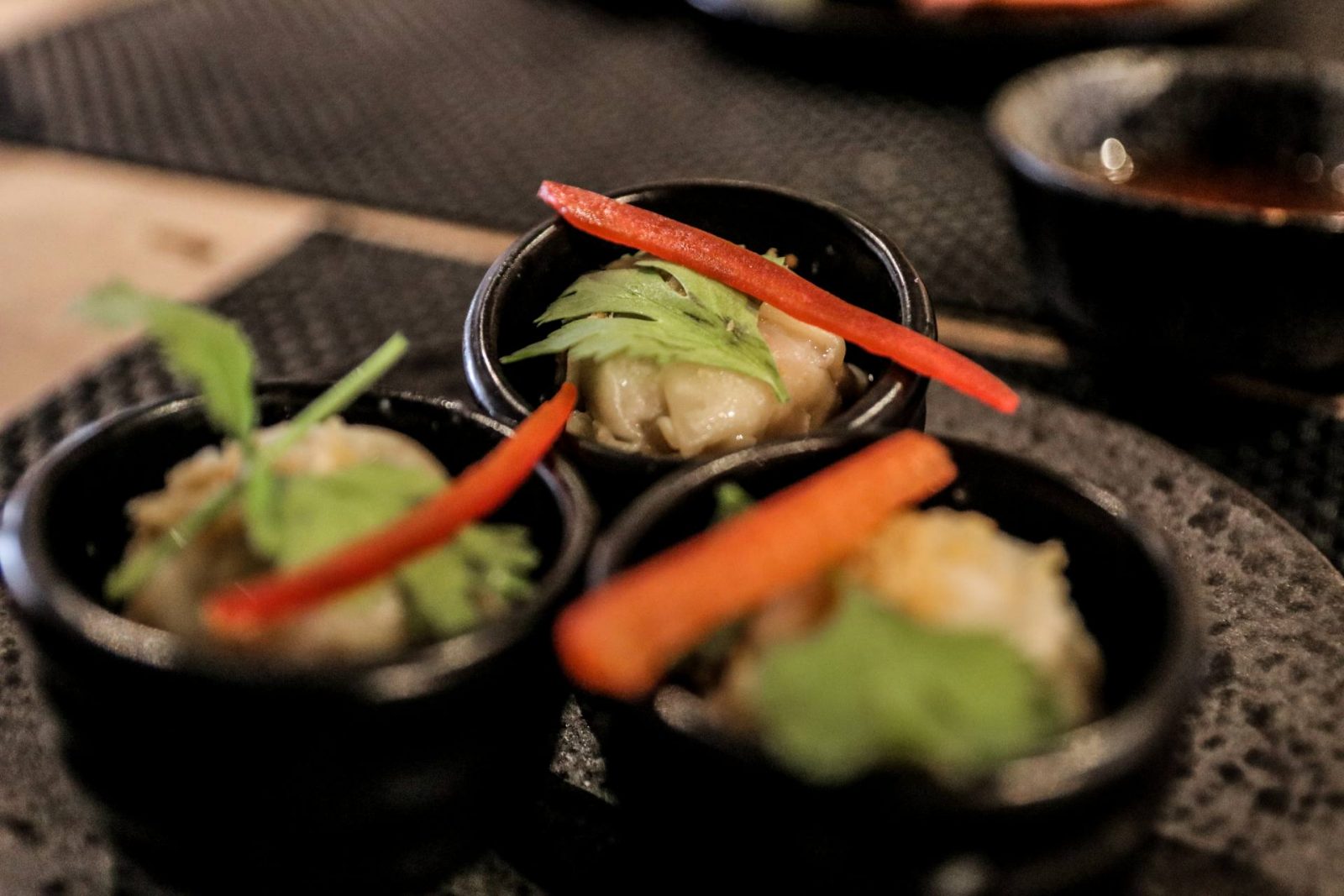 I had the Pork Dumplings that were served in this really cute set of bowls and were literally filled to the brim with pork. They were just over a bitesize piece and they were marinated in a rich sauce that was also in the bottom of each pot, which I may have had to dip a prawn cracker or two into! 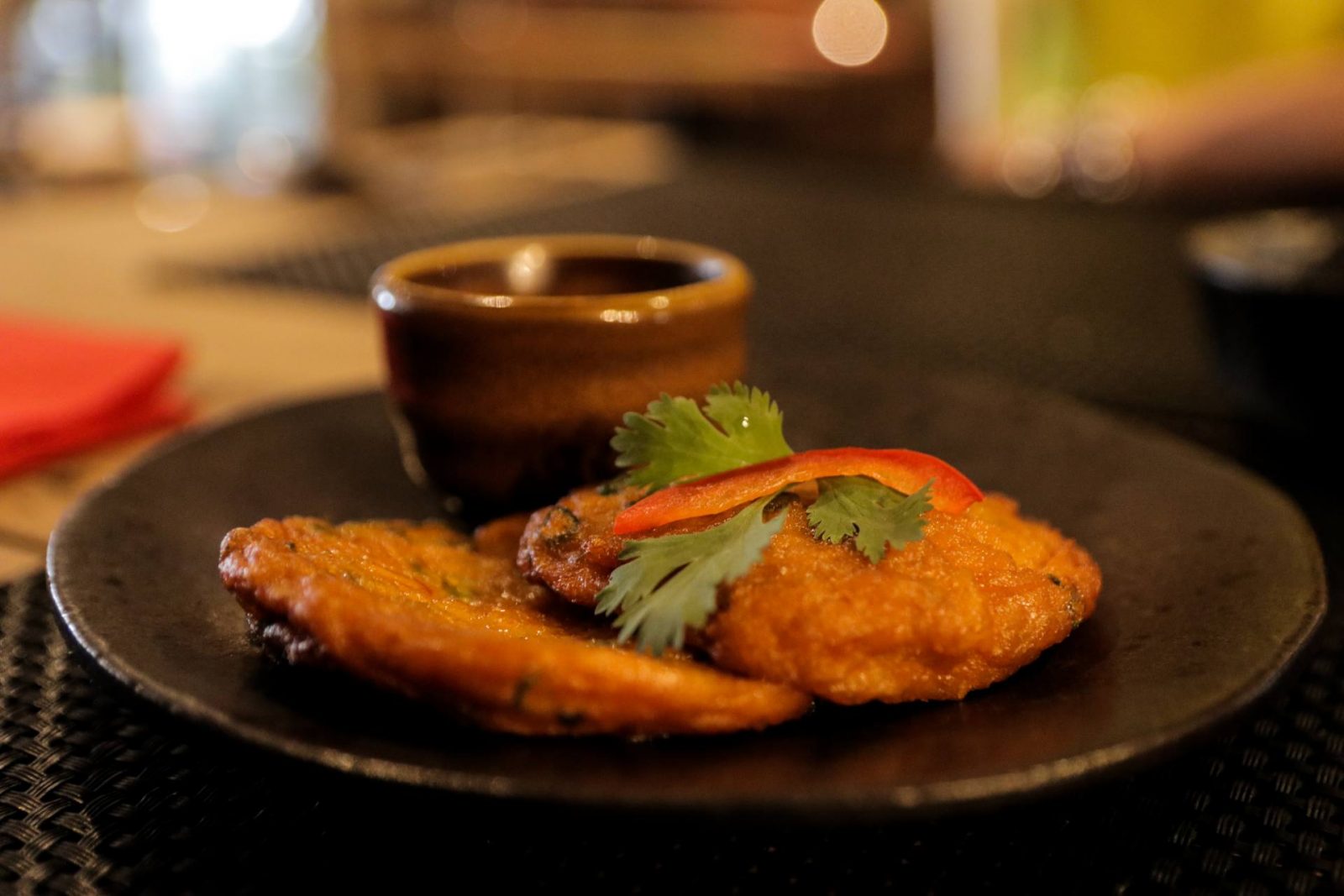 Mum tried the Fishcakes that came with a slightly spicy chili sauce that was really good. The fishcakes were quite a generous size for a lunch starter which impresses us both! 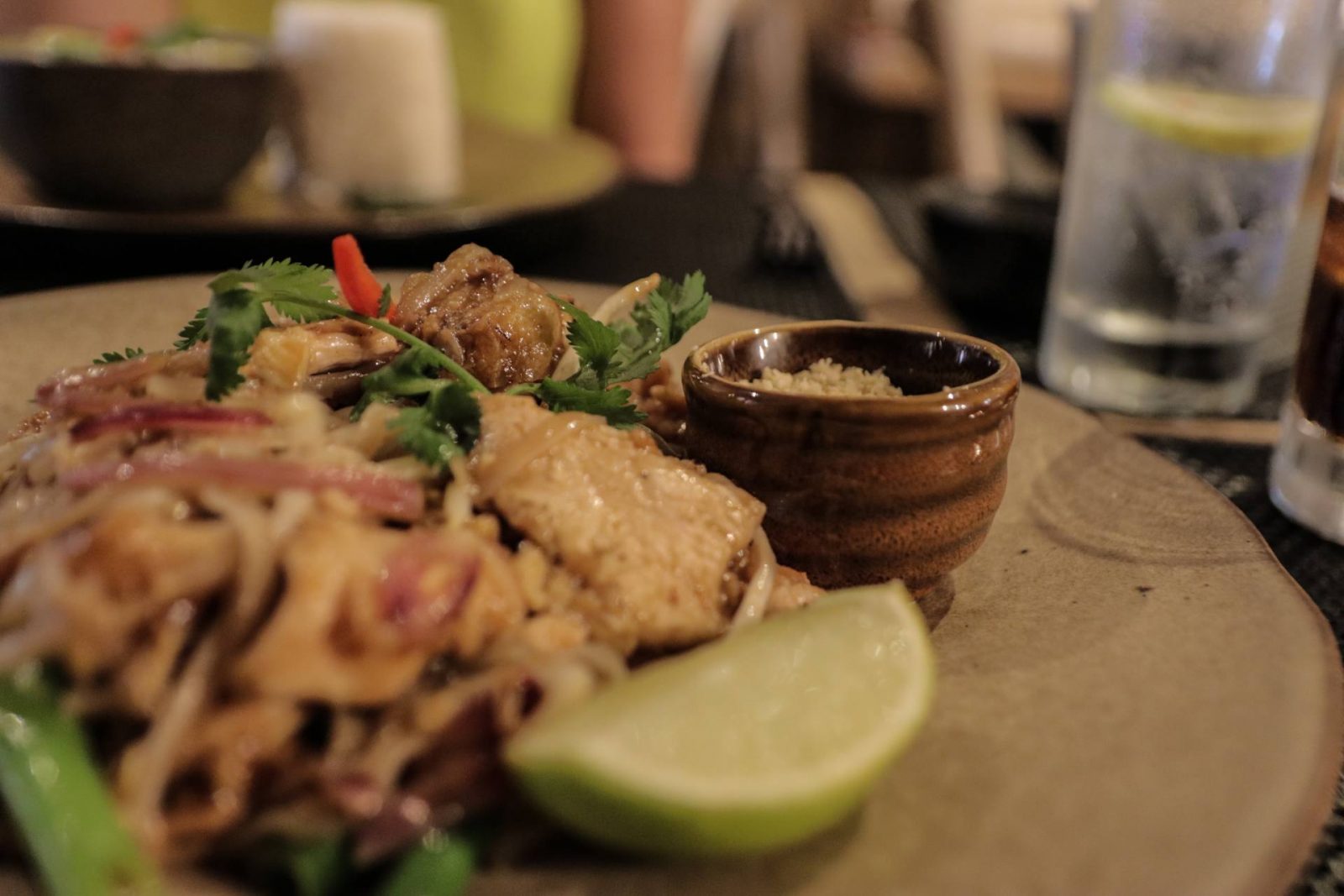 For mains, I did a typical me and went for Pad Thai with chicken. I need to learn how to make this at home as it’s one of my favourite things to eat. This one was a particularly good one as it wasn’t too sticky and the peanuts were a really good consistency.  There was also plenty of chicken and the portion was bigger than I would have expected for a lunchtime menu. I’d return for this hands down! 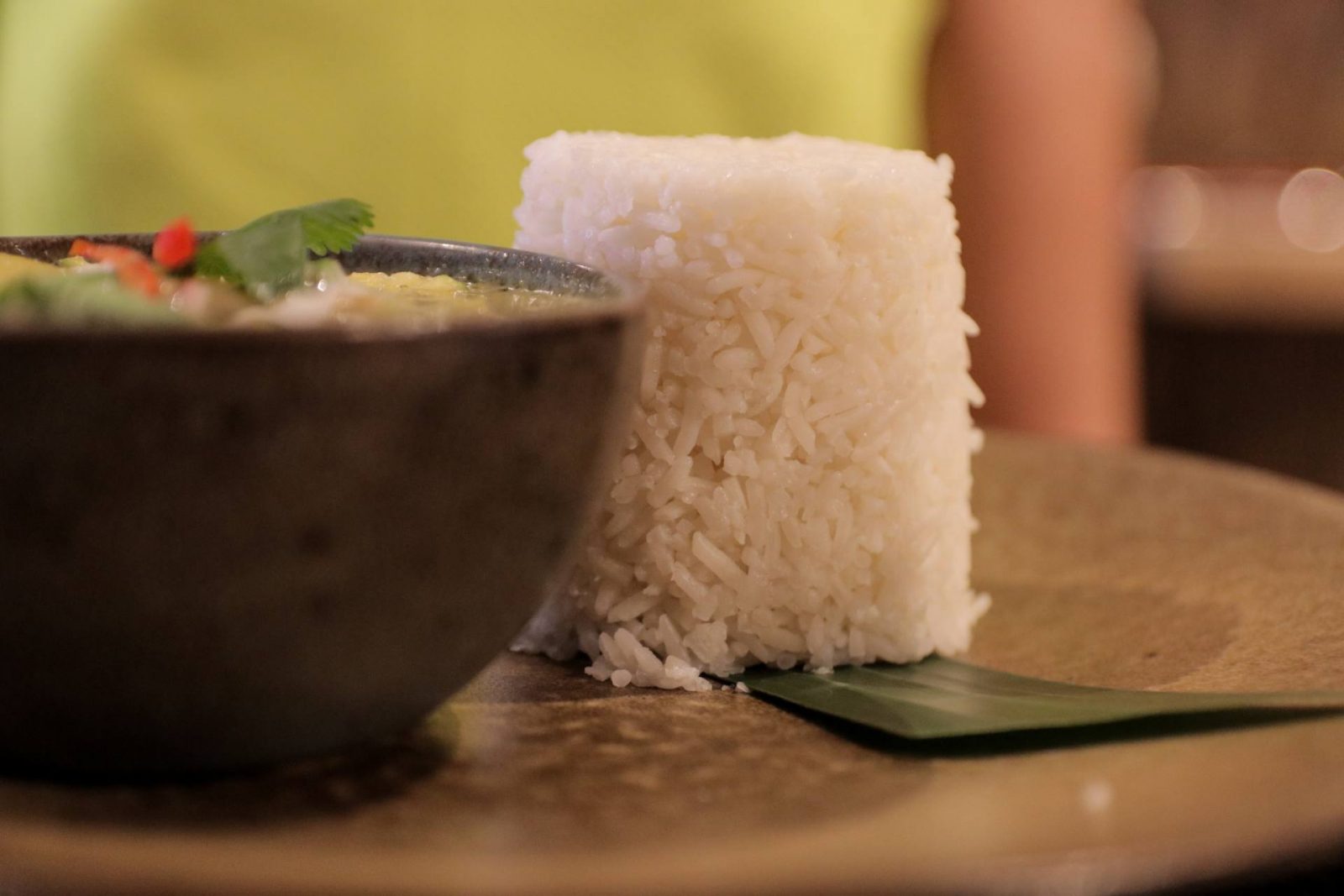 Mum ordered the Green Thai Curry with Prawns that was served with a little tower of sticky rice. The sauce of the Thai Curry was really nice and the vegetables within the curry tasted fresh too. My only disappointment was there weren’t as many prawns as I’d have liked but then again it was a great value lunch menu offering. 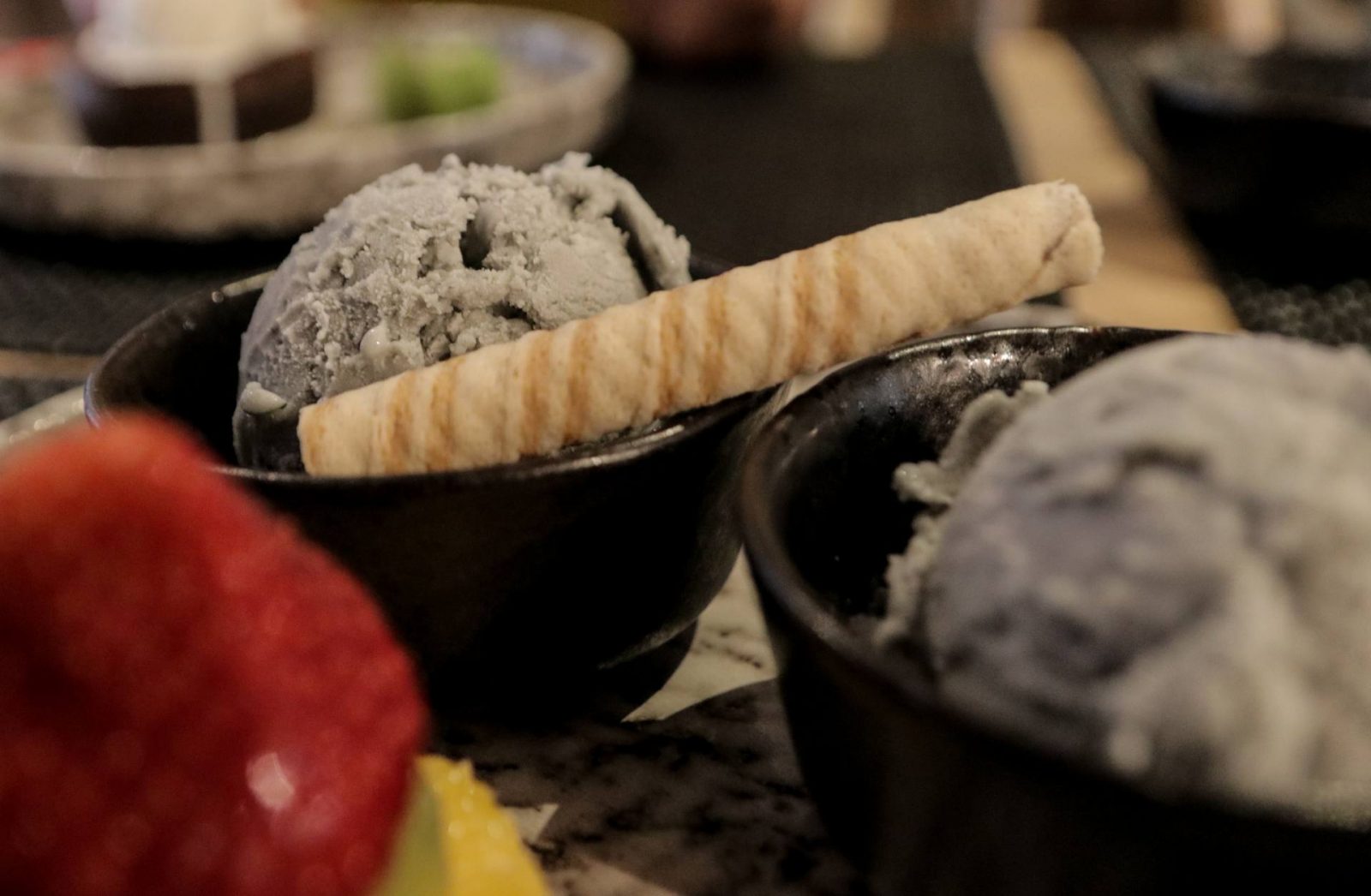 As I’ve gone off heavy desserts I was chuffed to see at least five flavours of sorbet and ice cream on the dessert menu. I tried the Black Sesame as it’s a flavour that’s unique to Giggling Squid and it was so good. It was 100% not what I had expected it to taste like what so ever but it was fresh, filled with flavour and went very well with the fresh fruits it was served it. 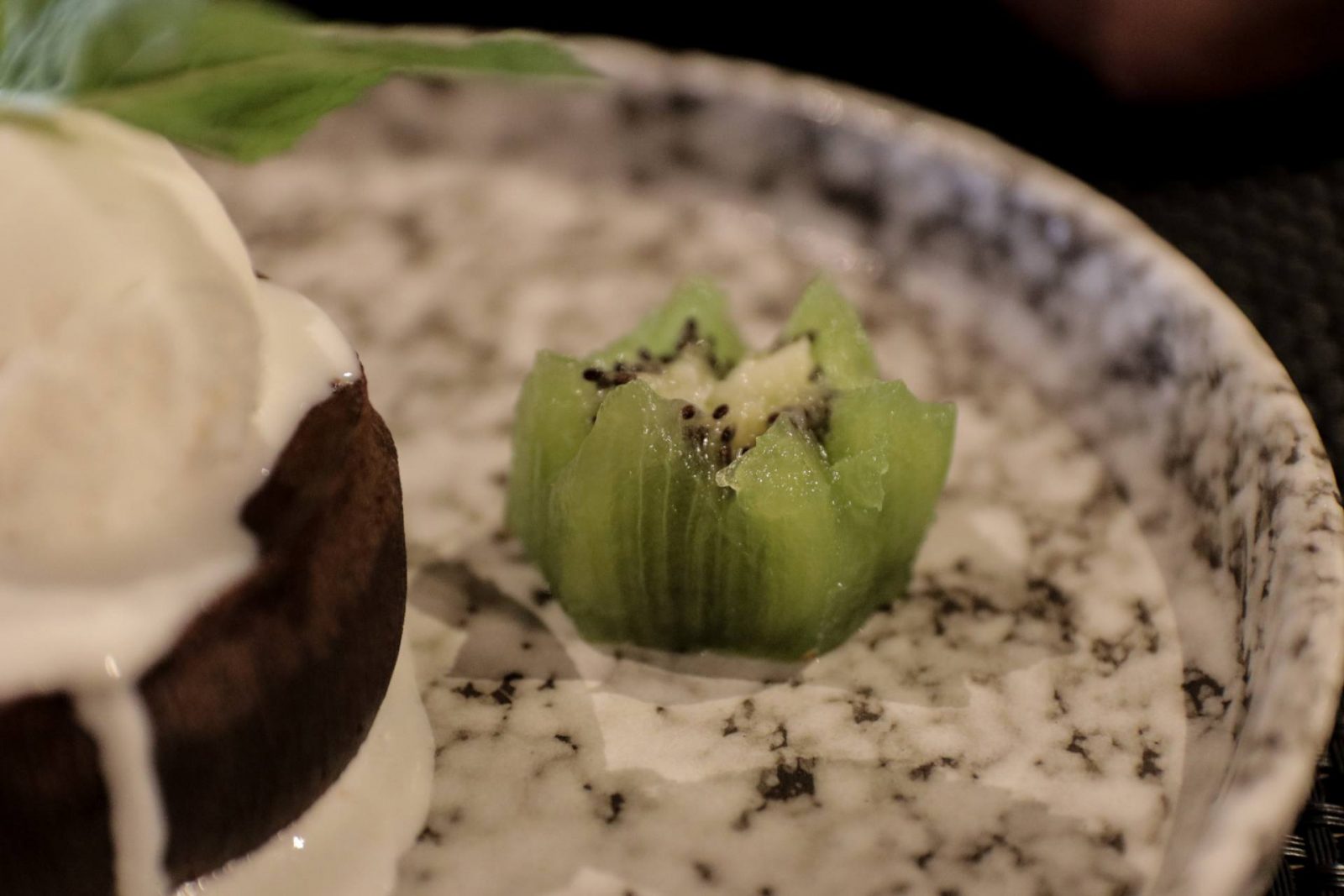 As Mumma is Queen of Desserts she went all in with a Molten Chocolate Dessert with Vanilla Ice Cream. She didn’t leave any morsel on the plate so I’m taking that as a really good sign.

Throughout our meal, we drunk a bottle of Apello Sauvignon Blanc which had a refreshing tropical vibe wich suited out Thai lunch spot on. We had great serivce, the atmosphere was very chilled and relaxed plue the food is great value. I shall be returning to try the full evening menu shortly!

On The Red Carpet.