Where to Eat, Drink and Visit when in Prague

I recently spent a few days in Prague with Hayley and Mike before heading out to Karlovy Vary for a press trip. I really fell a little bit in love with Prague which I wasn’t expecting as I had a perceived image of it in my head of just stag dos, lots of drunk people due to the cheap beer and not great food as it’s such a touristy destination now, but I really wanted to visit to make my opinions about. I’m so glad I was so wrong about it; we saw one loud stag do group in the Old Town on the Saturday night, no drunk people and the food blew me away! I’ve pulled together a little list of the best things we did in our short time we were there so you can experience them too when you visit.

This is such a touristy thing to do but it’s part of Prague’s history and it’s stunning! We managed to see the clock strike 5pm and it totally came to life. We even had an added surprise of a man coming out and waving to the crowds but we can’t actually find out who he was which is a little annoying! The clock that is part of the Old Town Hall built in 1338 chimes every hour between 9am and 11pm complete with cuckoos, dancing skeletons and other characters that represents the twelve apostles. After watching the clock dance away head into the Old Town Square and soak up the stunning buildings.

This was probably one of my favourite things about Prague and we stumbled across it on the last day whilst we had a few hours to spare before making our way to the airport and didn’t wander with our suitcases. Myself, Becca and Mike were looking for a pub or decent coffee shop and Becca spotted a sign saying ‘Beer, Cocktails and Food’ so we were obviously interested, but as we approached I noticed it said Fear House and I became a little on edge! We got chatting to a guy outside who explained there was a House of Horror with live actors one side and a themed bar the other. After making him reassure me at least 3 times that the live actors wouldn’t scare me in the bar, we went down and I am SO glad we did! 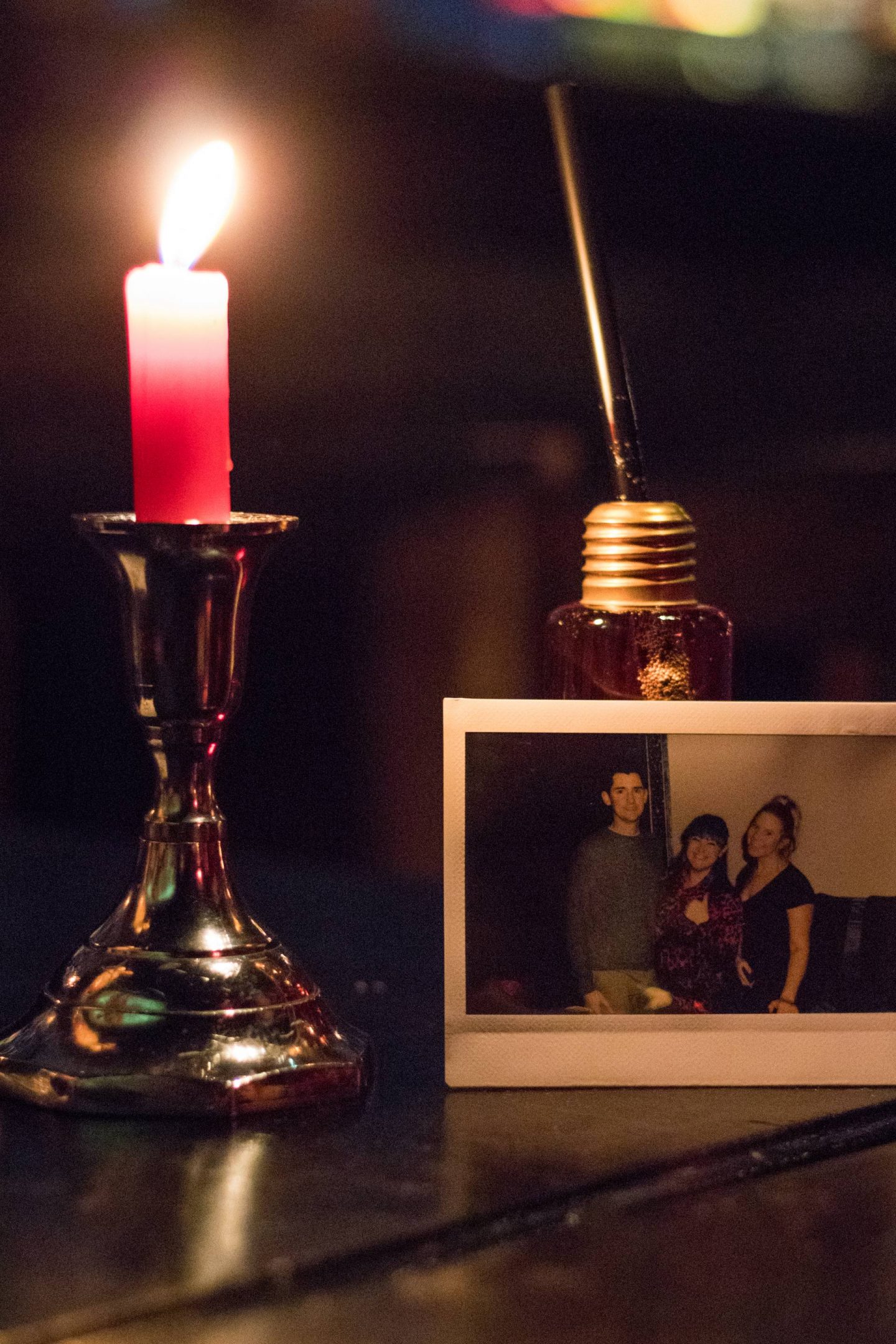 The bar was incredible; seats made out of gravestones, coffins in the ceiling and a mirror in the bathroom that scared me senseless! Even our cocktails were themed which was great fun. Me being me I went for the ‘Camera Obscura’ cocktail that was served in an upside-down light bulb that came complete with a Polaroid that the waitress took before giving you the cocktail so I now have a cute snap of the three of us on the fridge! If this bar was in London I think I’d be there every night as the music suited me perfectly, the gothic decor was interior goals and the service was wicked!

Eat the Table Pretzels in the Pub

Being from the UK, we don’t tend to have a food offering on the table in pubs when we go in. It’s also very rare you get offered a bowl of peanuts so we were a little sceptical when entering a pub to see pretzels hanging on little towers on each table. We order our first round of beers and threw caution to the wind when we saw other just helping themselves and munched on! They were really tasty and you just tell the waitress how many you’ve had when you settle the bill. I obviously can’t talk about pubs in Prague without mentioning how cheap the beer is; we had four glasses at around 500ml each with two pretzels for £8.50 with a tip! 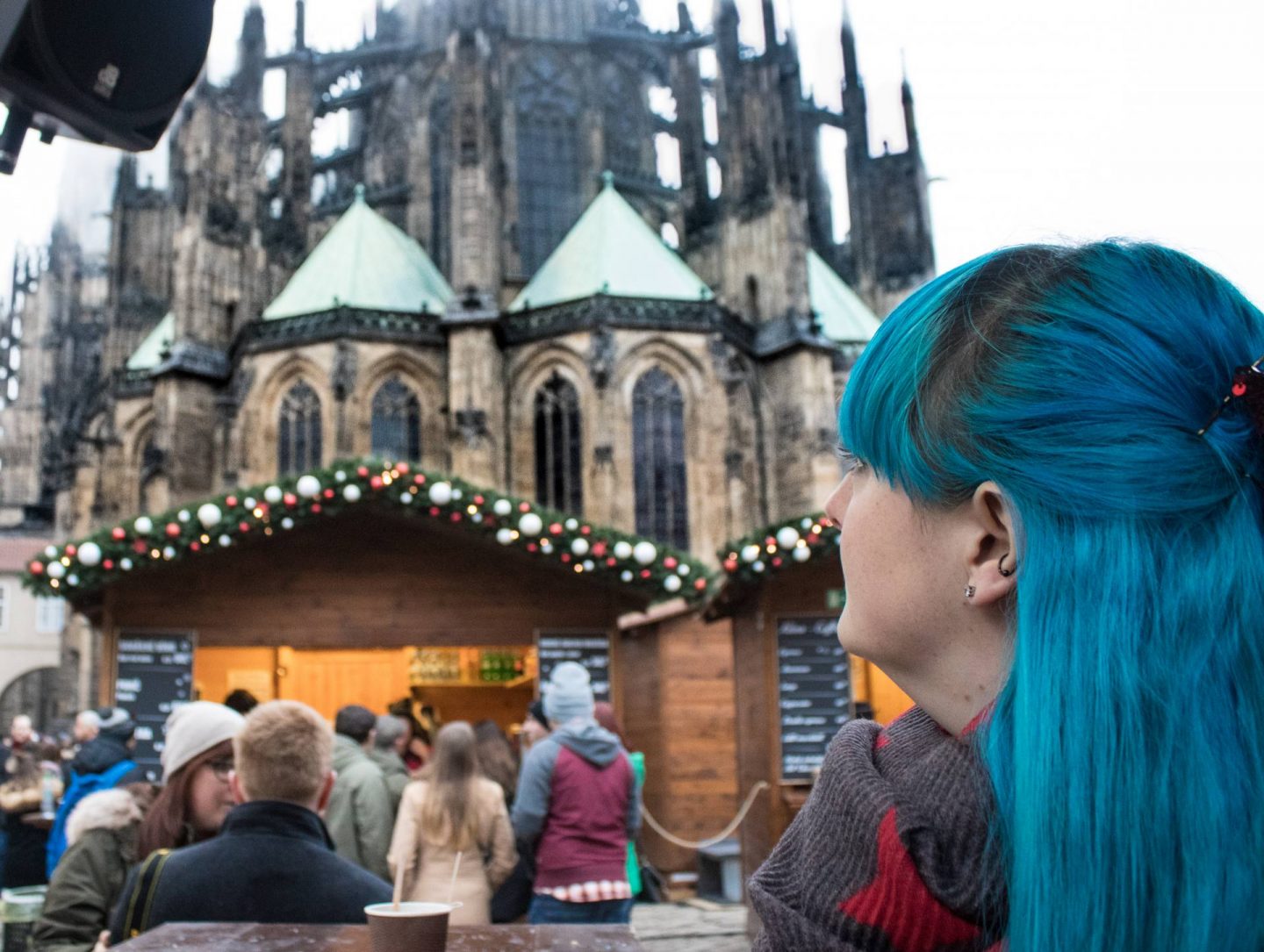 If you’re in Prague during the Christmassy period then there are so many markets to wander around; the Old Town Square has the largest of the markets, but I personally preferred the market in Wenceslas Square as the food was incredible. We ended up eating there on the first evening after walking by during the day and we grabbed a little more food when we got back into Prague after our press trip. There was also a decent market next to Prague Castle that sold the best of the mulled we drunk and we did drink a fair bit of it! There was also the Manifesto Market that we missed due to it only being open of the weekend but that looked great with all the bubble like igloos you would hang out in; the Instagram dream right there! 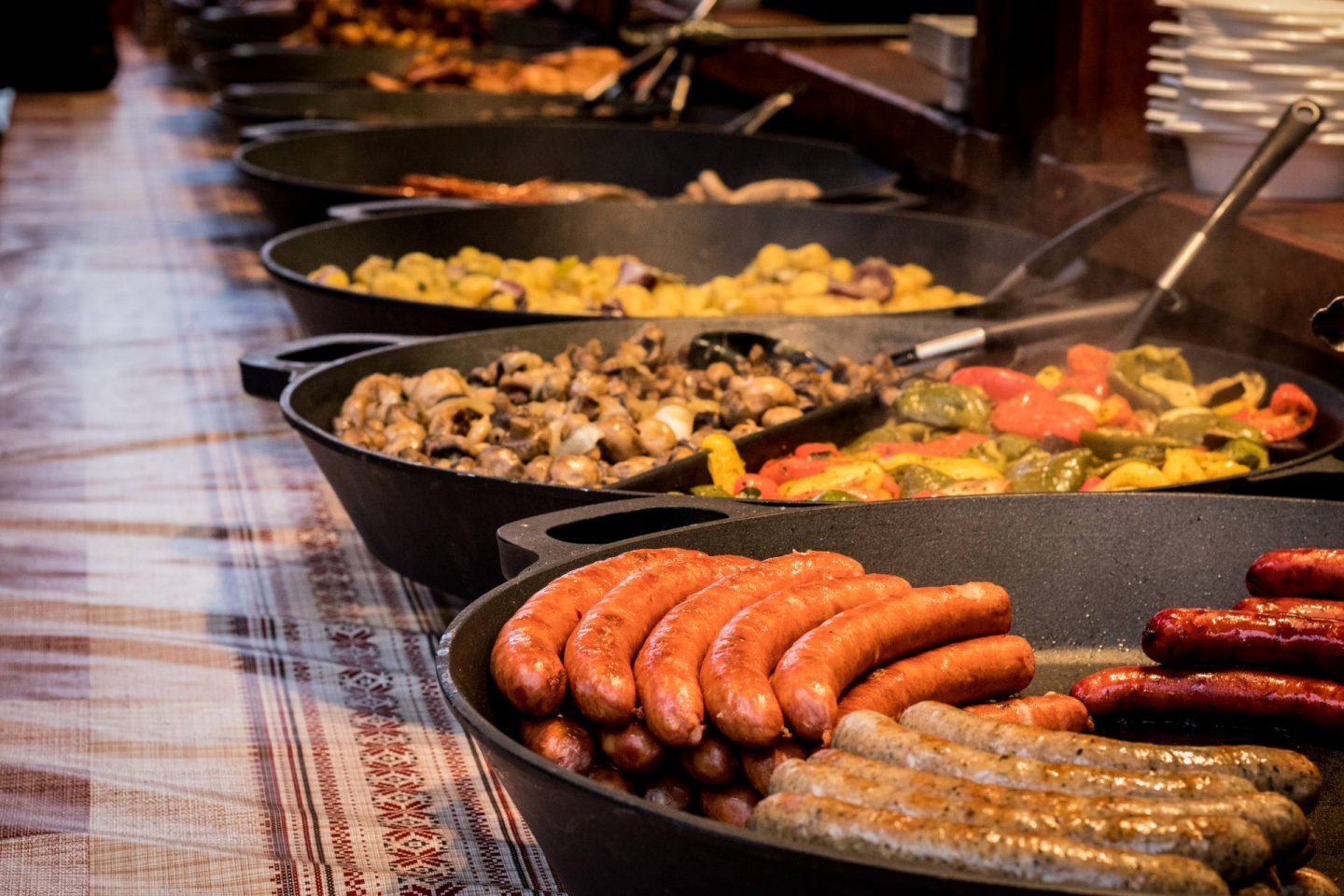 If you do stop and eat at Wenceslas Square I’d highly recommend trying the red wine sausage, potato dumplings with spinach and potatoes with cheese and bacon. They also sold really tasty flavoured mulled wine in almond, cherry and honey which was a nice change from the usual stuff. If you’re eating at the Old Town Square market I’d recommend the potato pancake but ask them to go easy on the cabbage! And from Prague Castle market Mike loved the waffle covered in chocolate as a sweet afternoon treat!

Find the Church hidden behind the Old Town Square

As we wandered around Old Town Square we spotted some stunning Church spires and went on a hunt to find the entrance! After walking around the enter circumference we found a tiny entrance to the Church of Our Lady before Tyn which was one of the most gold filled churches I have ever seen; it was so ornate and regal. The building itself was built between the mid-14th century and the early 16th century. The incredible organ dating back to 1673 is the oldest in Prague 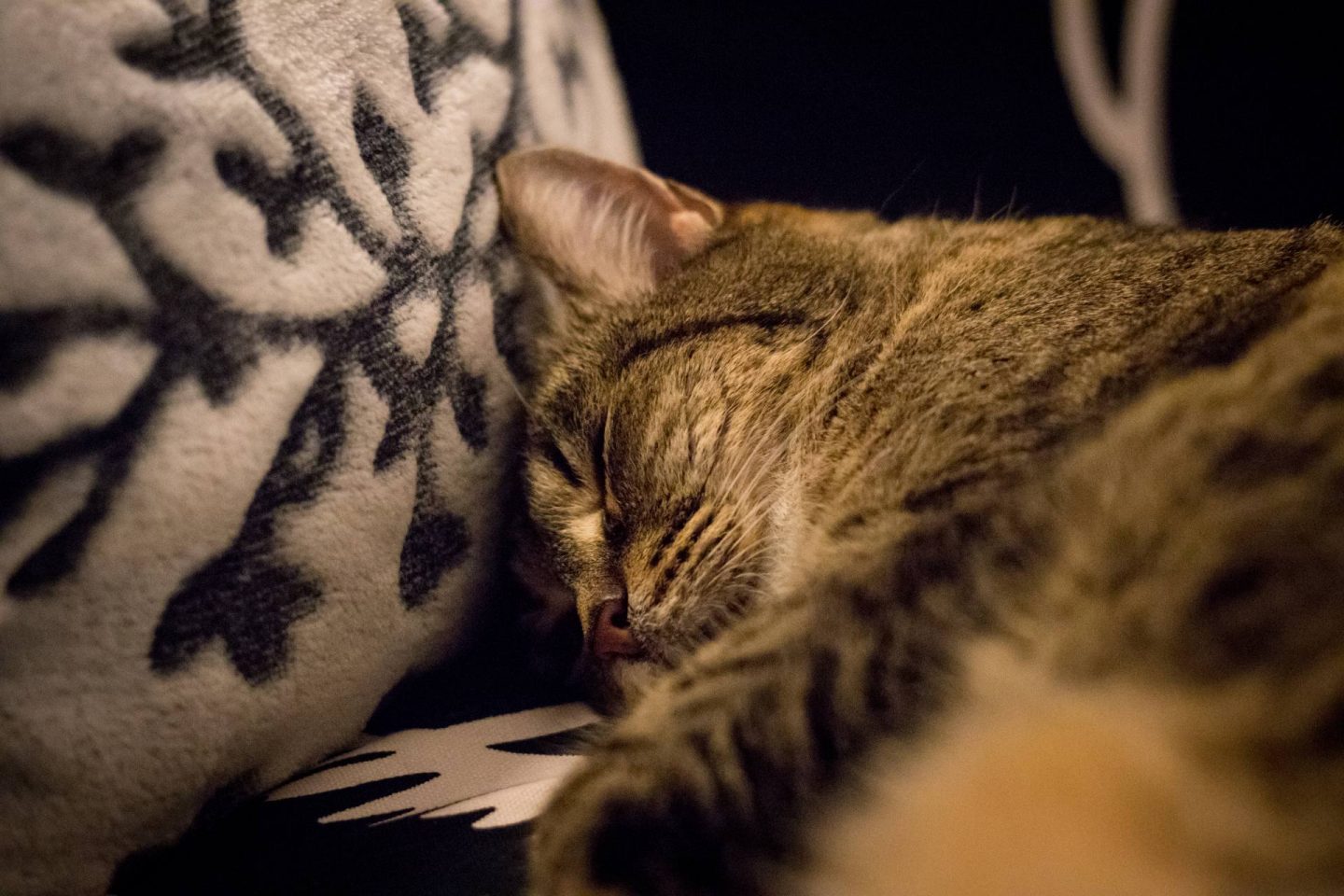 There are four cat cafes in Prague which seems like a hell of a lot for one town so we only went one due to our limited time there. We chose the CatCafePrague by the Dancing House which cost around £4 for an hour and then 20p per five minutes you stay over that. For the mere £4 (basically the cost of a drink in Starbucks) you get unlimited tea, coffee, squash, water, cakes, and biscuits plus gaming time on the PlayStation if you get bored of the cats which we thought was really good value! 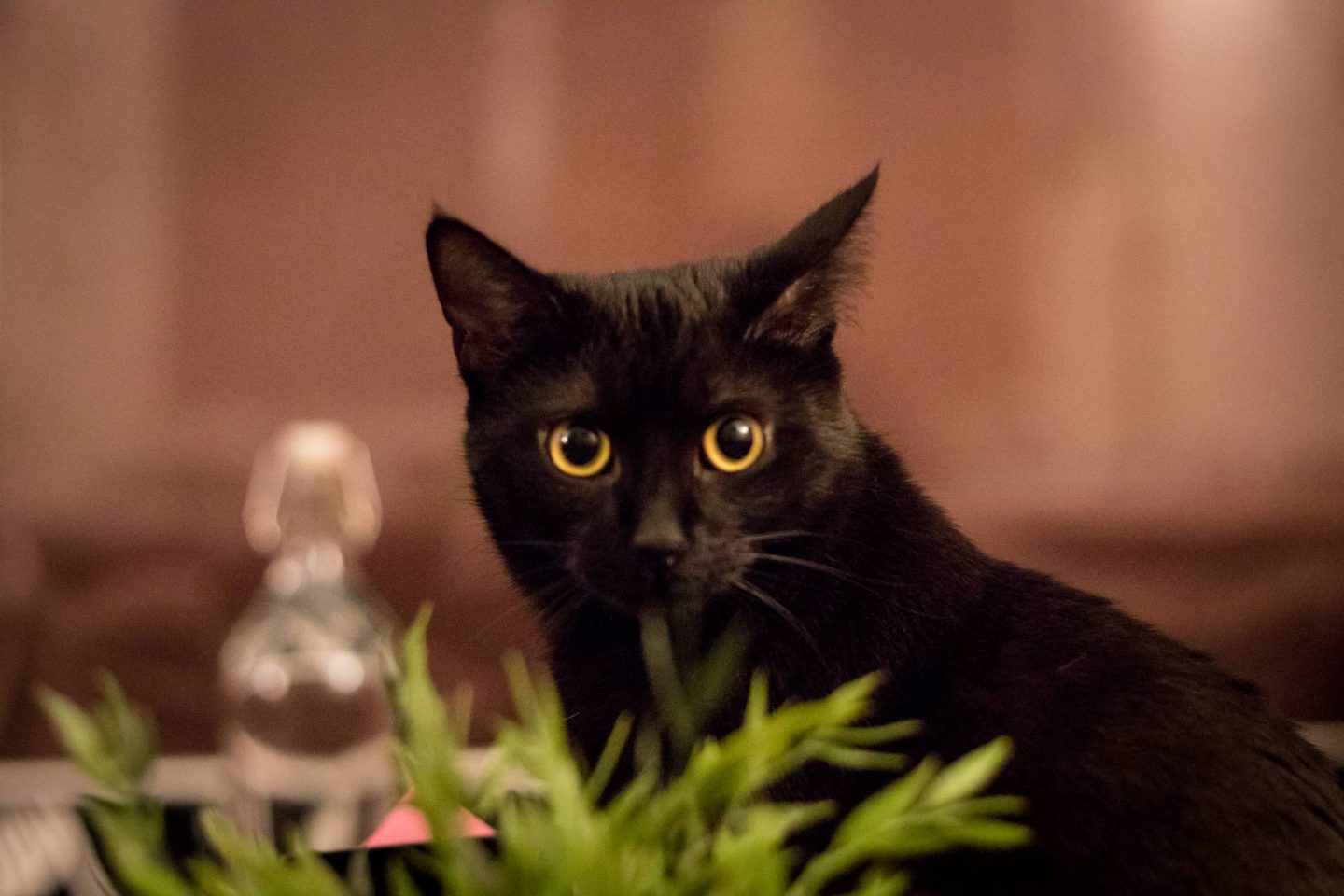 We did mainly pick this cat cafe based on the fact they had a cat with the same name as Mike’s surname but we did really enjoy our time there as the cats were rather friendly, staff were pleasant and the biscuits were really good!

Get Grossed Out at the Torture Museum

We love a torture museum and the one in Prague was really good fun! We had had dinner and it was a little too early too just sit in the pub as we felt we were wasting time so we headed over to the museum as it was open until 9pm. Entry was around £7 but we did spend a good 90 minutes there so it was decent for the money. There are lots of authentic methods of torture with lots of details so we did actually learn a fair amount!

We didn’t get to do all of the bits we wanted as we were only in Prague for a solid 48 hours so if we return I’d like to do a few more touristy bits such as visit the Town Hall to see the view from the top and the Astronomical Clock from behind, spend more time in the Jewish Quarter browsing the mosques and possibly even the zoo.

There’s so many other touristy bits to that you will find on all lists of things to do in Prague so I won’t bore you with them as I do like to try and keep it a little quirky and off the beaten track!

The Best Accommodation Types For A Romantic…

5 Things Not To Miss On Your…

Share:
PREVIOUS POST
"Wining and Dining at Hoar Cross Hall Hotel and Spa"
NEXT POST
"2018; A Look Back at a Crazy Rollercoaster of a Year!"
1 comments so far.

One response to “Where to Eat, Drink and Visit when in Prague”