Roll around to the day of the event, I was rather excited to be trying something new and educating myself whilst having a few cheeky midweek drinks. 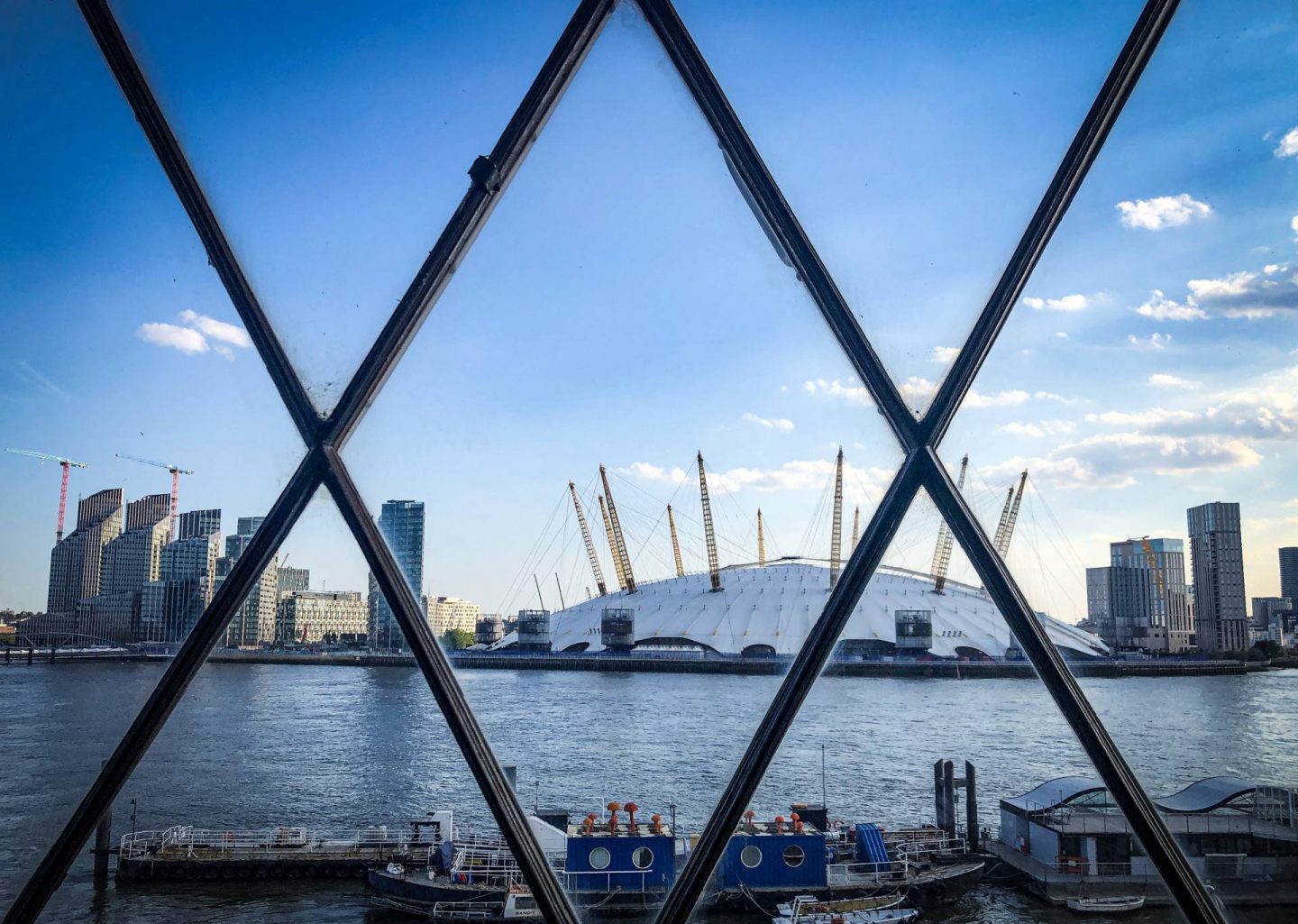 After a day in the office with one of my clients, I met Mike at East India DLR and we wandered in the sunshine to Trinity Buoy Wharf. I’d never heard of it before so let me teach you a few things; Trinity House was originally run by a voluntary association of shipmen and mariners that was granted a charter by Henry VIII in 1514, Trinity House made its HQ in the City of London so Trinity Buoy Wharf became known as its Thames-side workshop in 1803.

During the Victorian period Trinity Buoy Wharf grew and grew which included the addition of two lighthouses, and some of the buildings, the earliest being from 1836, are still in use today and one of the lighthouses is still there too, making it London’s only lighthouse! Various works continued in TWB until it came to a close in December 1988, and in 1998 Urban Space Management took over the site and that’s why I ended up there on a sunny Wednesday evening. 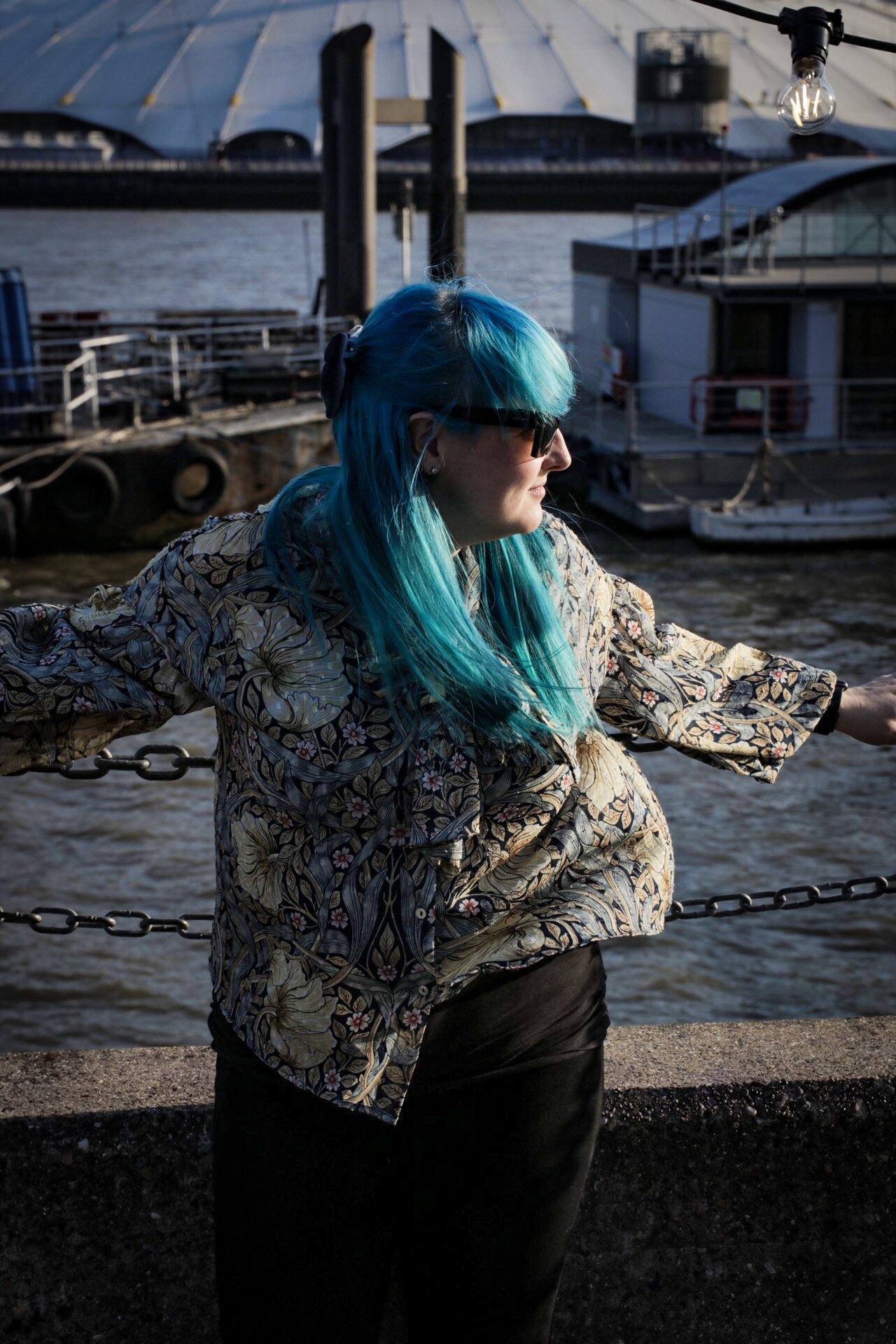 I was there to experience their first ever Jazz Wednesday that began sitting out on deck chairs overlooking the O2 arena whilst drinking a crisp, cold white wine. I mean, I’ve had worse starts to evenings, that’s for sure! I took a trip up to the top of the lighthouse which is fully open to the public and had wonderful views over East London.

We were then moved inside to The Electricians Shop, the building from 1836 that I had mentioned earlier for the highlight of the evening. Yes, it does get better than visiting lighthouses and sipping wine in the sunshine. I was about to witness my first ever live jazz performance. 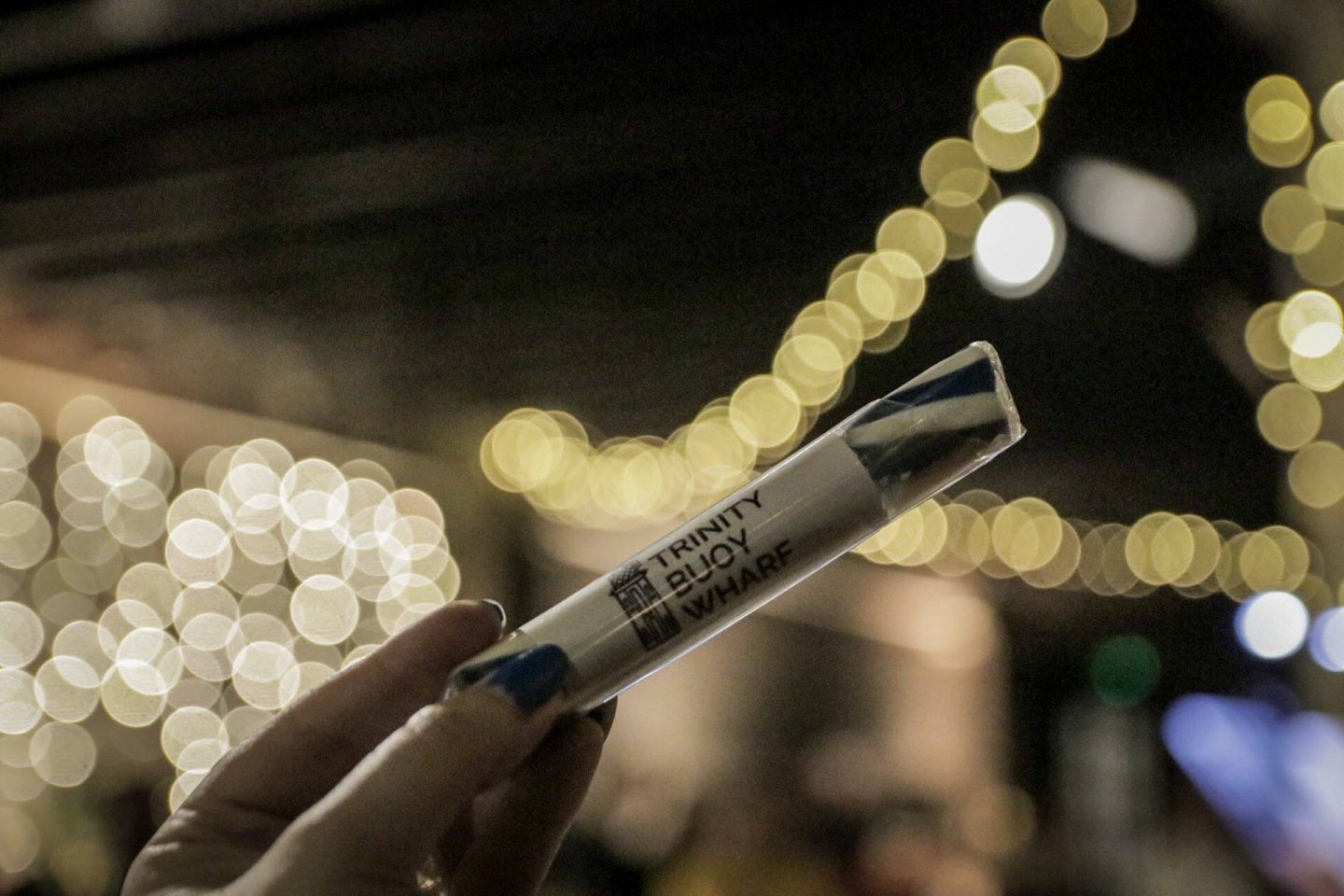 Settling down on a stage-side sofa we were greeted by a 10 stong orchestra, better known as Grand Union Orchestra. For over 30 years, Grand Union Orchestra have brought together singers and instrumentalists from all over the world to create rather spectacular live shows, combining music and theatre that reflects the vivid, everchanging society we live in today. There’s a lot more than 10 of them too, so every time you see them you could be seeing a very slightly different line up that can change the sound completely. 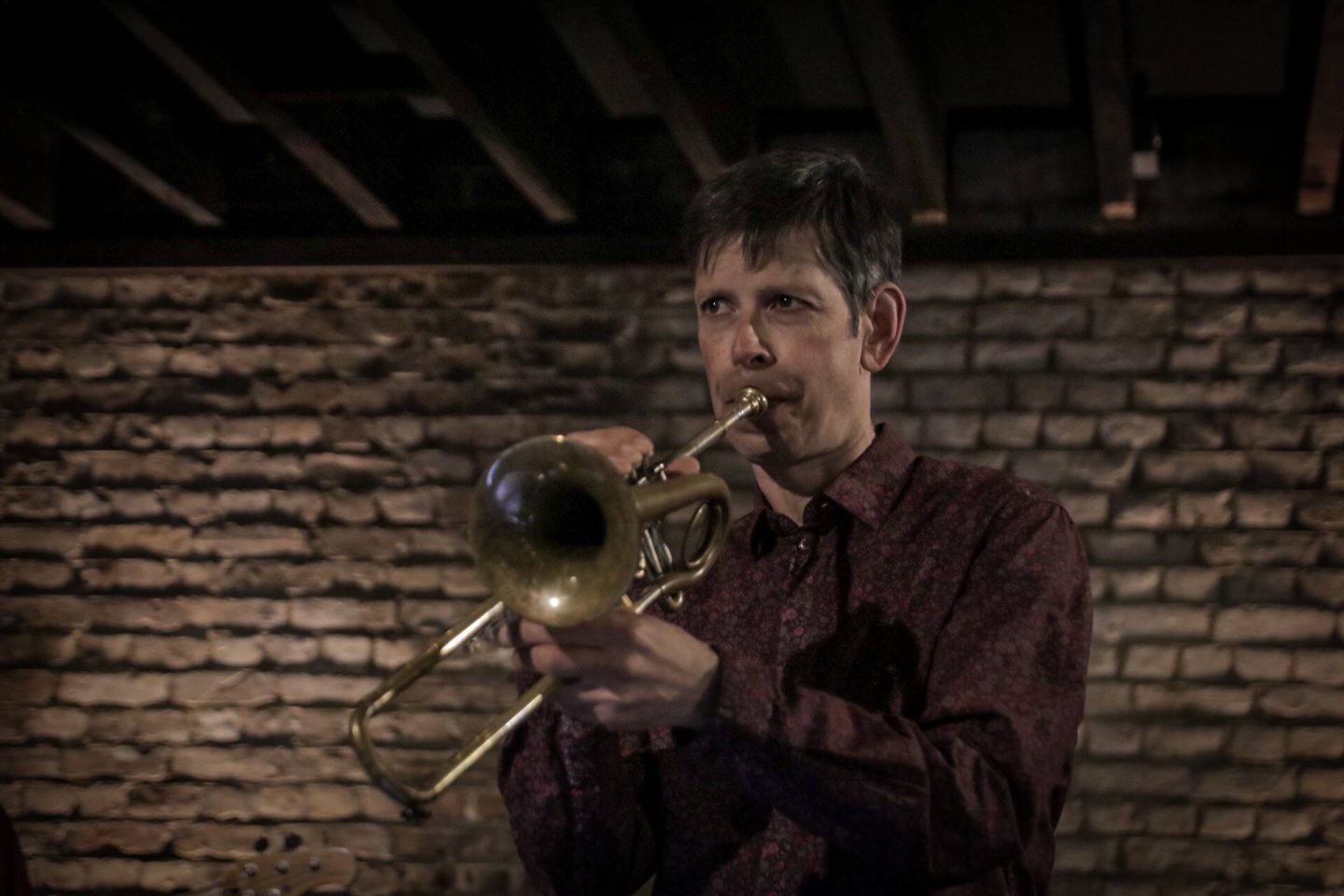 The All-Star line up that we were there to witness were specially assembled to launch the start of Jazz Wednesdays and they were tasked with bringing the spirit of New Orleans from over 100 years ago tinged with a strong Asian flavour that would literally blow your minds.

I have never heard anything like it ever; I LOVED it! There were tracks that had reggae vibes, tracks that were perfectly suited to a film score and even tracks composed by a member of the orchestra. I can’t put into words just how talented all of the musicians were; I left feeling rather envious of the skills! The sets felt like they were over so quickly that we hadn’t noticed it was gone 9pm and we were done for the evening. It all came to a close a little too soon for my liking! 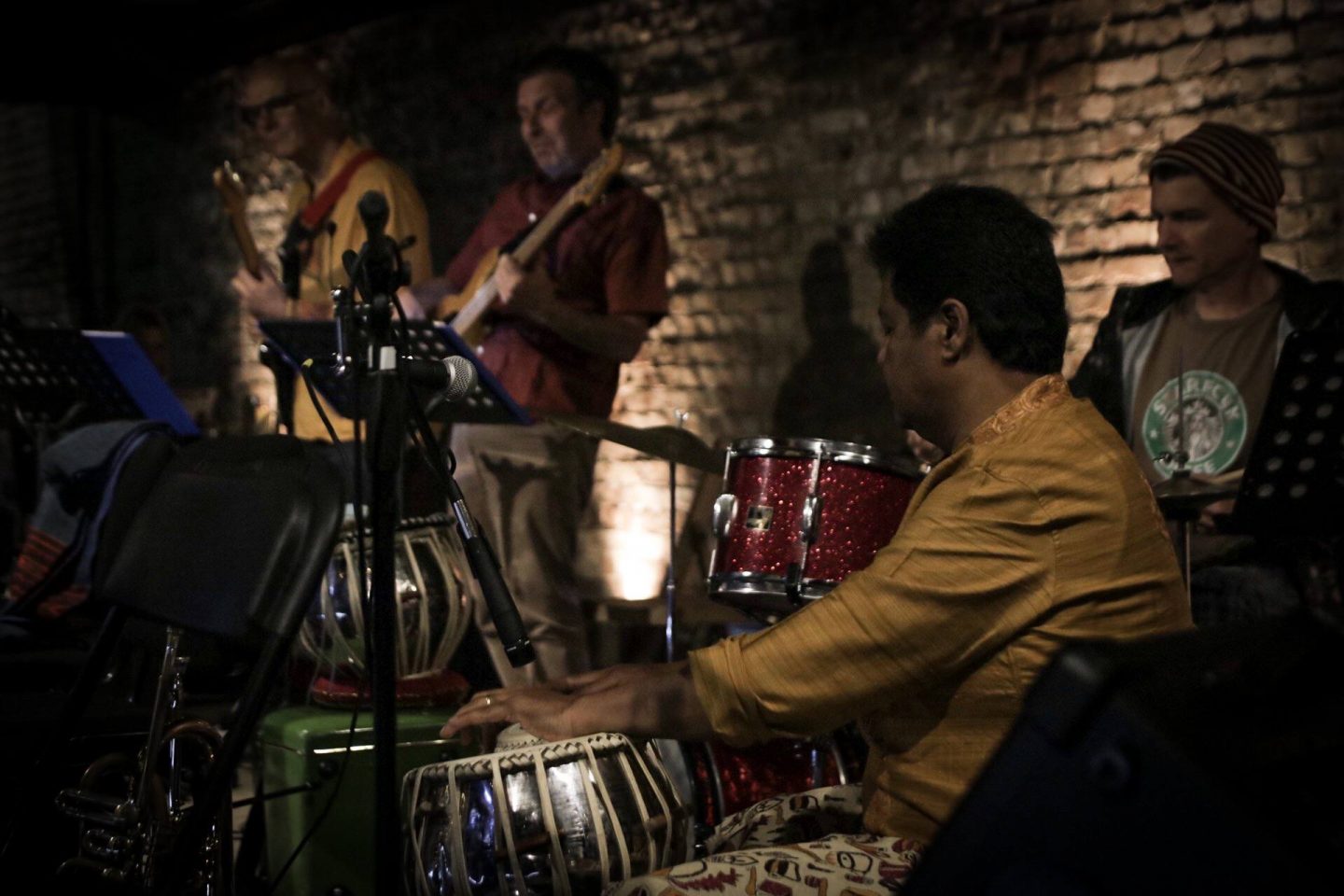 Will I be going back? You bet your bottom dollar that I’ve got plans to head back, and I’m eagerly awaiting ticket information for Jazz on a Summer’s Day that will be happening on Sunday 23rd June.

For a mere £12.50 a ticket you are treated to an evening filled with crazy talented musicians that will change weekly, the chance to visit London’s only lighthouse and Trinity Buoy Wharf, time to take in the sights of East London and plenty of wine and beer. What isn’t there to love?

I was very kindly invited to experience Jazz Wednesday’s in return for a review through Love Pop Ups London.  However, as always, all opinions are entirely my own.

Gelato Making at The House of Peroni,…