Living Out Childhood Dreams at The Crystal Maze Experience

I was very kindly invited to take on The Crystal Maze Experience in return for a review through Love Pop Ups London.  However, as always, all opinions are entirely my own.

For me, growing up consisted of having the odd take away of the weekend but it always meant watching bloody good TV; The Crystal Maze with Richard O’Brien, Fort Boyard and reruns of the wonderfully hilarious Takeshi’s Castle. There was no reality TV, no TV shows that humiliated people for not being able to sing, just good clean fun in the shape of completing tasks to win the game at the end of the show.

The Crystal Maze has popped up at a second London location, on Shrewsbury Avenue so I obviously had to go and live out my childhood dreams of being on the show. 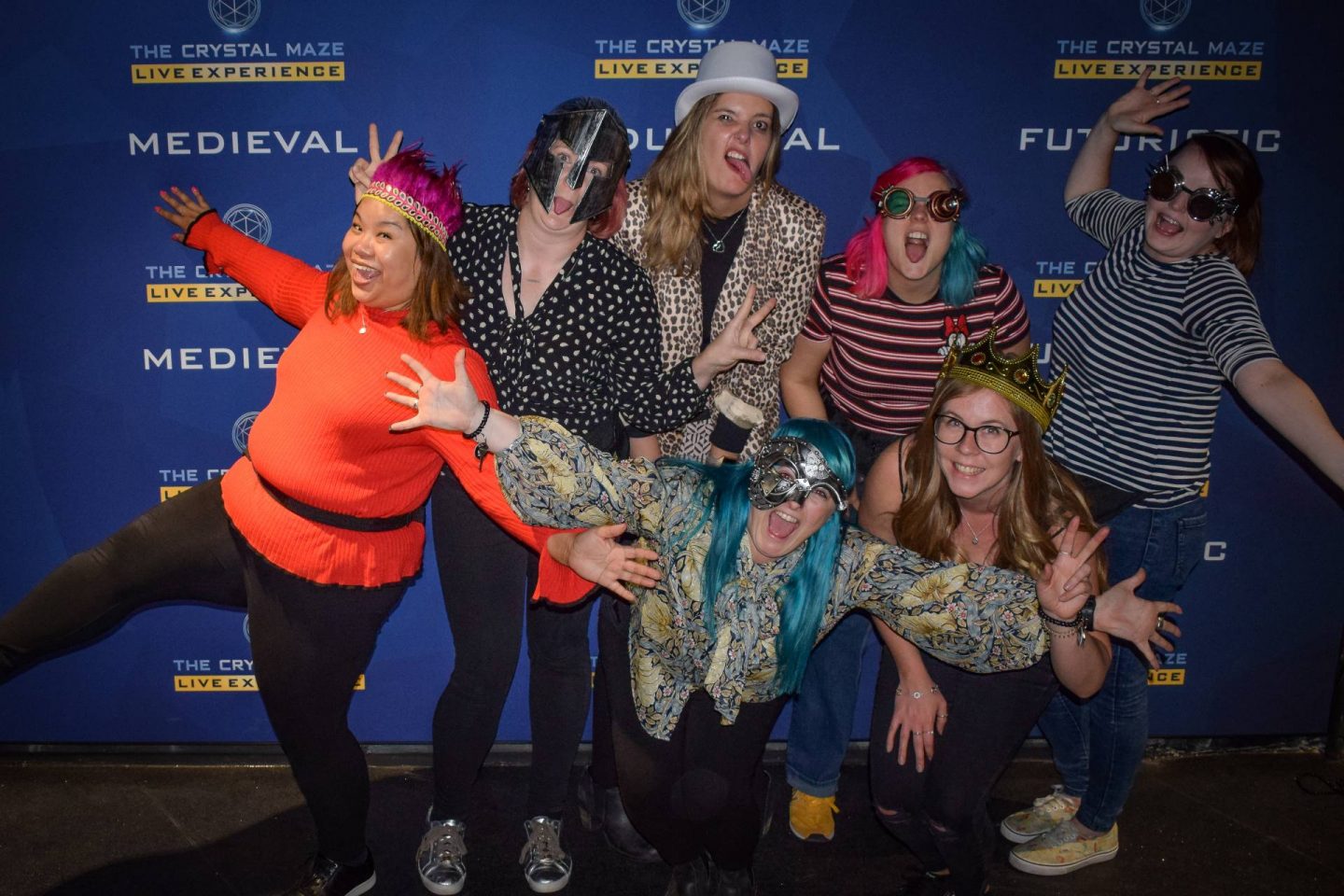 Upon arrival, you are greeted by a wonderful member of staff, known as your host, that will make sure your experience is as authentic as possible. We headed up the stairs to the lockers to lock away any belongings we had with us; this includes your phone so you don’t take photos around the experience and ruin it for other people. They do have cameras around for you and your team to pose away so don’t panic, you will still get photos of your time spent there!

Once you’re all ready to, you must sign a waiver to say you won’t put yourself at risk, that you’re not pregnant and that you are wearing appropriate clothing. Nothing too crazy! 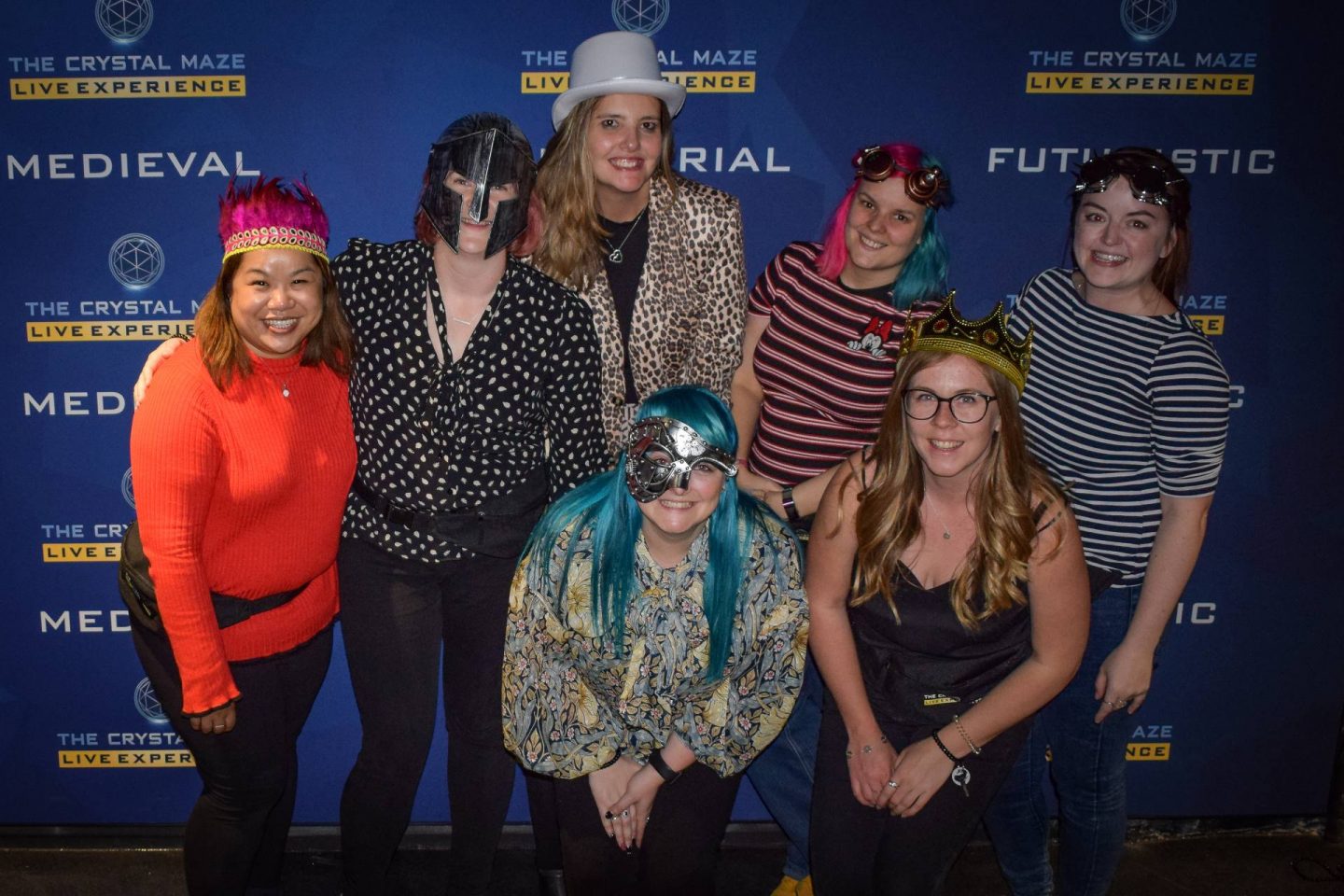 You are then greeted by your Maze Master who will guide you through your time in the maze.

We kicked off in the Medieval zone, and I was team captain, I had to pick who did each challenge! This was so tough as you have no idea what each challenge could throw at you. Our first few challenges didn’t go to plan; we didn’t get the crystals and we even got a lock-in so we had to trade a crystal we didn’t have to make our total count to -1 crystal. 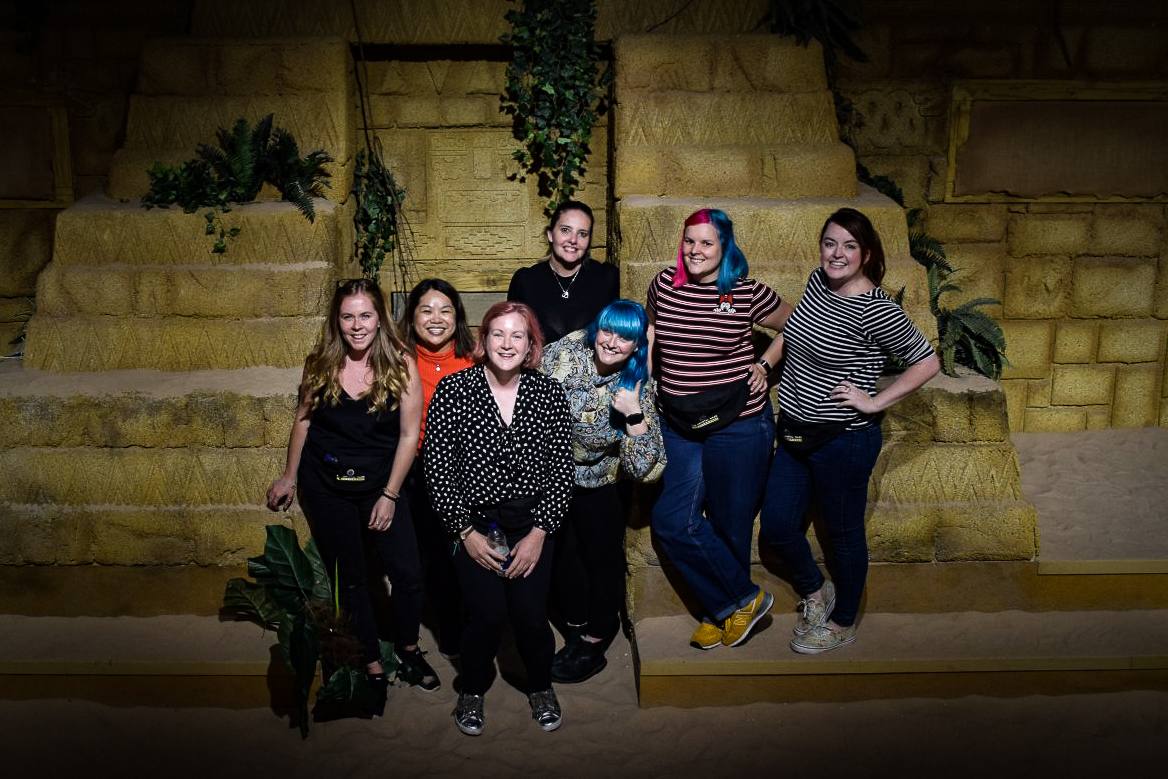 Foolishly I chose to do a physical challenge in the Ogre’s Lair; I stretched, I climbed, I swung, and I just managed to bring home the first crystal taking out count back to zero. I was knackered already!

We then really picked up our game; we laughed so much, we shouted a hell of a lot and worked so well as a team. As we continued on through to the Industrial, the Fusturistic and ending up in the Aztec zone, we did a variety of rooms that fell into mystery, skill, physical and mental categories.

The next challenge I took on was the ‘Rolling Log’, another physical room that I was sure I was going to fail. You had to take a bucket of sand, that had holes in the bottom, across a rolling log to fill the Sun God’s offering table in order to release the crystal. I have such tiny hands that it was so hard to cover all the holes but with a mere second or two to go, I grabbed the crystal and lunged out the door.

My favourite rooms to watch were ‘Rock It’, and ‘Tripod’, and the ‘Emojoy’ and ‘Sun God’ rooms were really good for teamwork as they were mental rooms where we all had our strong points and could help with the answers. 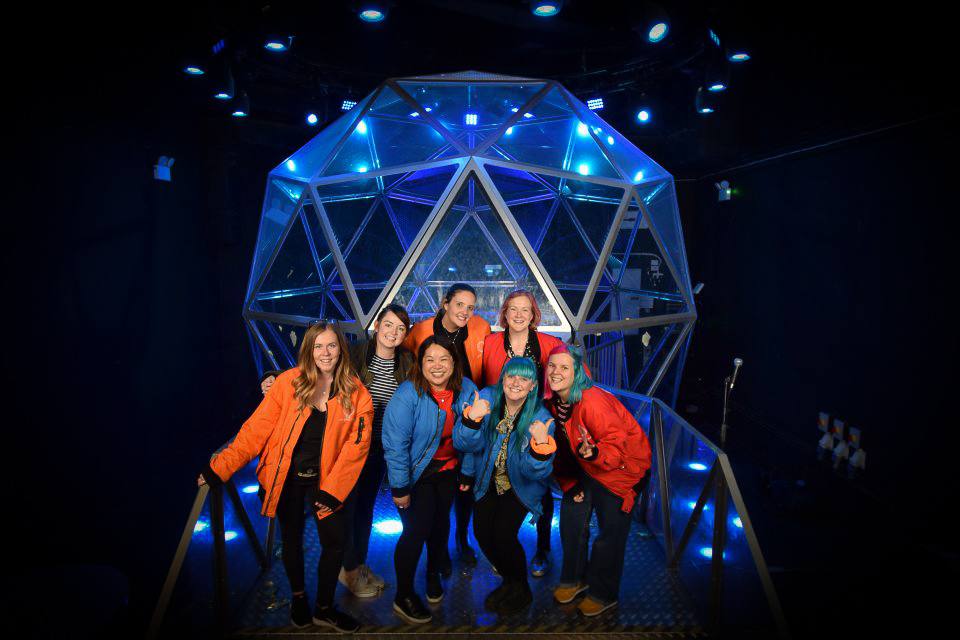 After completing 16 rooms, we had a total of SEVEN crystals translating to a whopping 35 second for the final round. We really pulled it together and were lead to ‘The Crystal Dome’. It was so surreal to see this in real life. We were taught the rules, obviously posed in our authentic jackets and shut in the dome.

‘Will You Start the Fans Please?’

Oh, what an experience to hear that said in the flesh as the fans powered up and the tokens we had to catch and collect flew into the air. Our time was now, we had to collect as many tokens in those 35 seconds as we possibly could. They were, by far, the fastest 35 seconds of my life and the fans were soon switched off.

We stepped out of the dome and eagerly awaited to find out if we had beat the 100 gold tokens we needed to win. There were high fives all round as we found out we’d collected a grand total of 103! We had beat The Crystal Maze!

Once we’d come down from our winners high, we were transported back through to the real world and grabbed our bags from the lockers. We also picked up a photo or two as keepsakes!

There is a bar filled to the brim with cocktails and a burger menu that looked divine, but sadly I had to make tracks and head home so I didn’t get a chance to experience them. The bar was totally buzzing though with people sharing stories of the rooms they’d completed, the rooms that beat them and how well they’d done in the dome.

There are 32 different rooms within the maze so you’re able to redo without having to take on the same challenges.
The experience lasts for around 80 minutes and you will need to be comfortable so trainers are advised.
Tickets cost £49.99 per person, which isn’t cheap by any means, but the production, experience and set are well worth it.
All tickets must be booked in advance and the game is only open to players 13 years and older.

Where can I get the Most Instagrammable…

Share:
PREVIOUS POST
"It’s Never Too Early to have an 8 Week Christmas Spending Plan"
NEXT POST
"A Night Out at Dabbers Social Bingo, Shoreditch"
0 comments so far.