The Best Places in Europe for a Summer Proposal

With the weather getting warmer and the days growing longer, many people are getting ready to head off on a summer break. But did you know that according to a study by diamond ring retailer Angelic Diamonds, just over half of respondents listed ‘on holiday’ as their ideal proposal location? So, if you’re planning on spending some quality time away this year, which location would make the perfect backdrop for a proposal?

Visiting Iceland is a good idea no matter the season or the weather, but summer is arguably the brightest and best time to visit. In recent years, it has become an exceptionally popular holiday destination.

One of the most romantic activities to do in Iceland is to watch the Northern Lights. The best time to see the lights is from October to March when the sky is clearer. You don’t have to book an excursion to see the lights and the phenomenon can often be seen at Grotta lighthouse which is situated outside of downtown Reykjavic where light pollution is low. You can walk here but if you have hired a car, due to the cold temperatures, it could be best to drive to the spot. For a romantic proposal, pop the question outdoors with the lights dancing behind you or for a more private setting, ask the question in the warmth of your car.

There are plenty of other activities to enjoy during summer in Iceland. You could head to Hafnarfjörður which is around a 20-minute bus ride from downtown Reykjavik which is complete with handicrafts and live music. 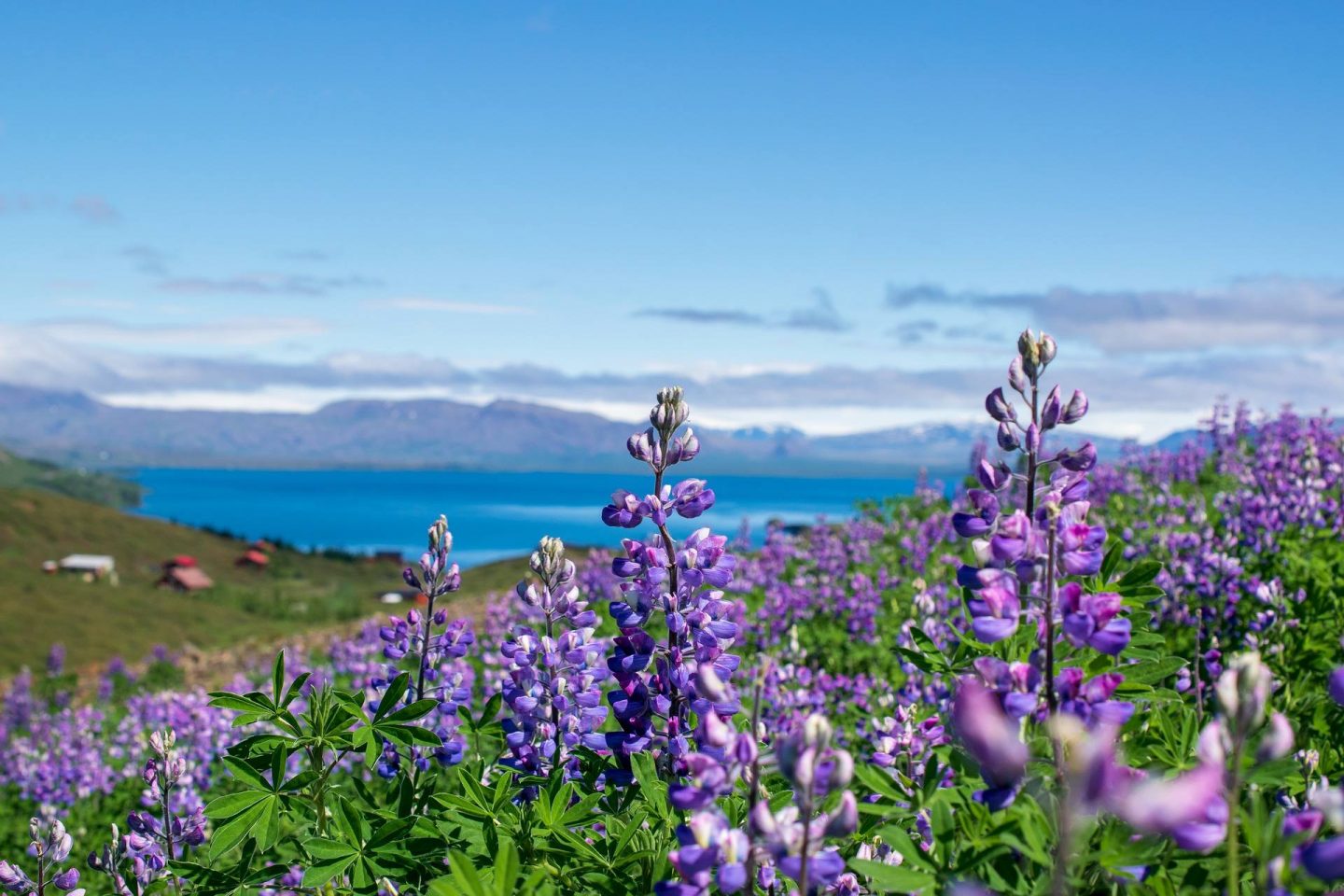 Not many people know about the hidden gem that is Los Bunkers del Carmel in Barcelona. Now considered a viewing platform by many, it was once part of the anti-aircraft battery that was used during the Spanish Civil War. Enjoy a stunning view of the city behind you, pop the question to your other half to make it a moment to remember. See photos from a wedding photographer who captured a beautiful moment here.

You won’t be able to take public transport up to the top. Instead, you can get the metro to Alfons X and walk 30 minutes from here or you could get the bus from the city centre which takes you closer to the top where you will have to walk around 10 minutes. The outstanding view of the city is best at sunrise. However, if you and your partner can’t face getting up that early, you can head there for sunset instead. 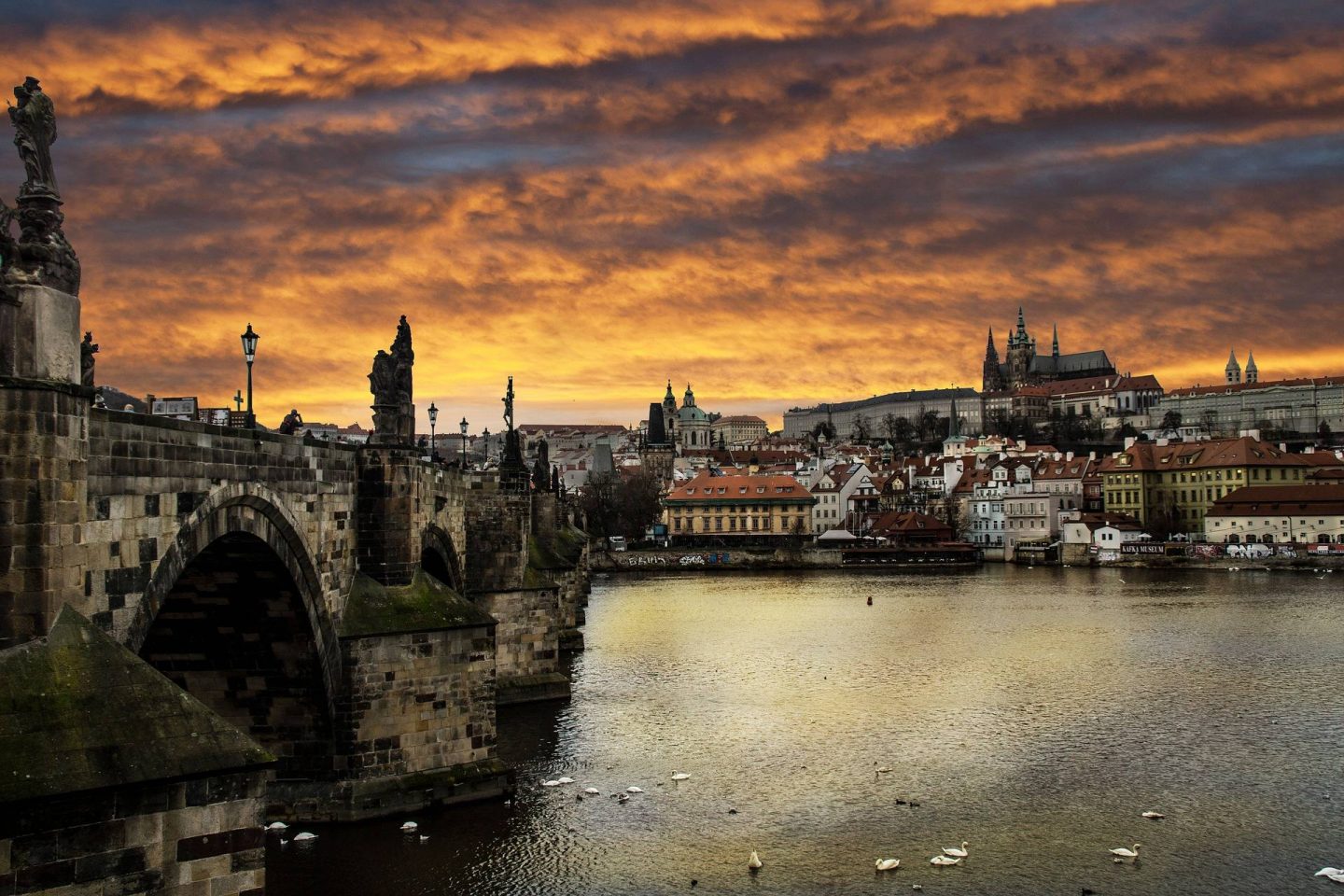 Not many people consider Prague as a romantic holiday destination due to its reputation for busy nightlife. However, there are many sights to see in Prague that don’t involve the local pubs and one of these is Petřín Hill.

This hill is surrounded by beautiful gardens and there is a funicular that takes you to the top, departing from Ujezd Street in the Malá Strana. On top of the hill, there is an observation tower designed to be a mini version of the Parisian Eiffel Tower where you must climb 299 steps to reach the top to be rewarded with 360-degree views. You could pop the question in any of the beautiful landscaped gardens or head to a restaurant in Petřín park, such as Nebozizek which overlooks the Old Town, Prague Castle, Charles Bridge, and Vltava River.

You’ll find an impressive proposal spot at the top of Victoria Square in Belfast city centre. Here you will find the Dome. Pop the question here for 360-degree views of Belfast as a backdrop, featuring the Prince Albert Clock and Scrabo Tower. You are not far from more breath-taking views, either. Travel up to to the northern coast of Ireland where you can cross the Carrick-a-Rede rope bridge with your loved one or retrace the steps of a giant at the causeway.

You can visit The Dark Hedges nearby too — a romantic passageway of intertwined trees that were planted in the 18th century and featured on the popular TV show, Game of Thrones. Make sure to wrap up though, regardless of if it’s Spring or not, it’s best to wrap up and be on the safe side!

It’s easy to see why The Lake District is the most popular national park in the UK. With an array of scenic walks, the chance to go for gondola rides on the lakes, and great literary connections, this popular destination is sure to inspire your romantic side.  For a moderately easy hike, Cat Bells mountain near Keswick offers breath-taking views over Derwentwater.  With the recent surge in popularity of scenic country house weddings, you could also start planning a return trip one day.  After all, there’s a reason the Lake District is one of the most popular destinations to get married in the UK.

Making Sure you get Creative Wedding Photos…

If You’re Worried About Your Wedding, Read…

5 Top Things To Remember When Choosing…