I bloody love music, but I reckon you’ve probably guessed from the amount of festivals and gigs I go to! It’s been such a huge part of my life growing up as my parents are big music fans too.

I went to my first gig at the age of 8 and I’ve never looked back since. I’ve got great memories of my parents taking myself and friends to gigs in London when I was 13 and them waiting outside to make sure we got in ok. They’d then go grab some food and be waiting for us right outside the doors to escort us home again.

We always had music on and that’s most certainly where I get my eclectic taste from; Motown to Punk, Emo to Classical, Metal to R&B and plenty of Country thrown in for good measure.

‘But why on earth are you waffling about music?’ I hear you ask. 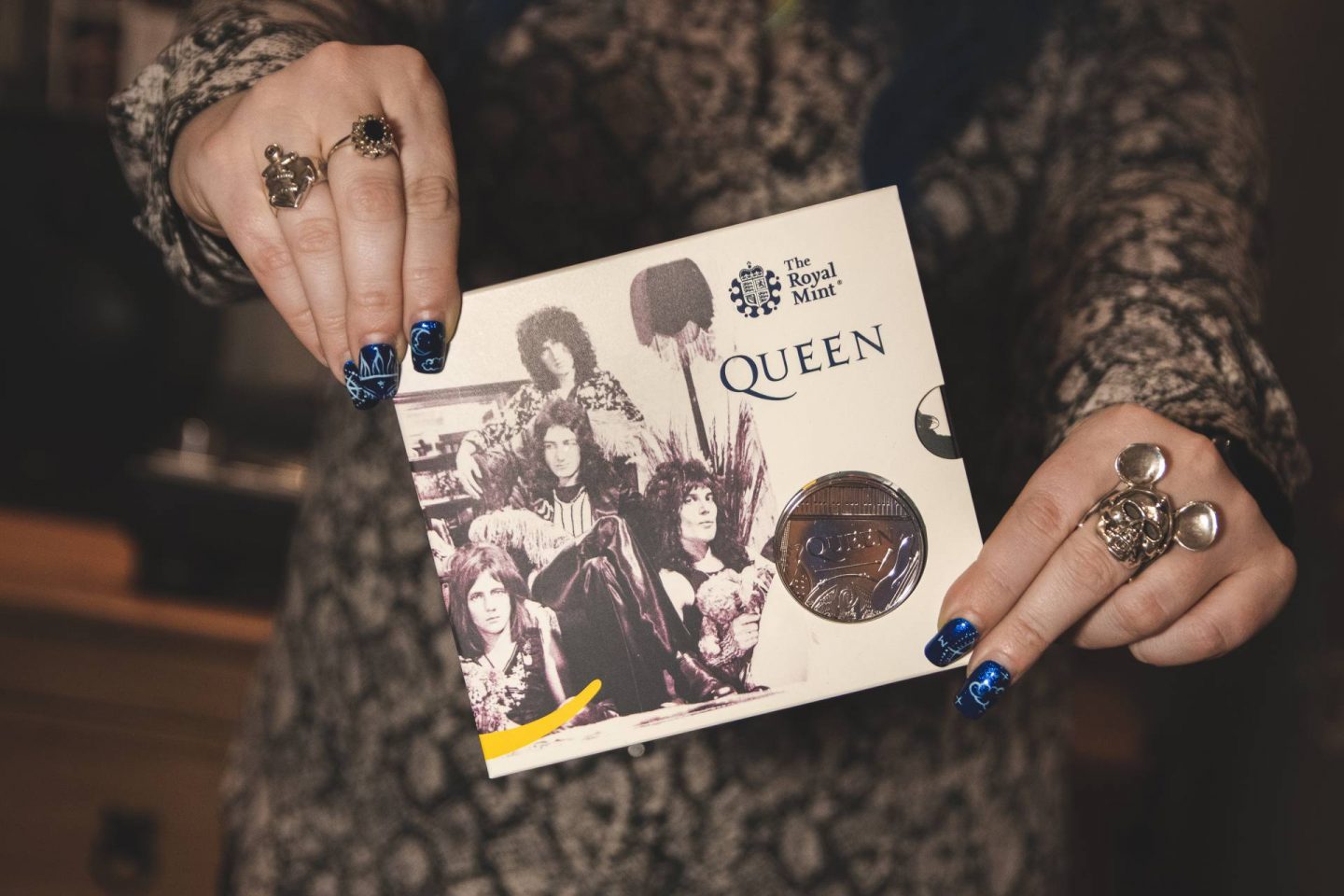 Well, The Royal Mint have created their Music Legends collection, kicking off with the band Queen. I mean, they’re pretty worthy of being the first-ever band to be on a coin. They were put on stamps in 1999 so this is a natural progression, right?

Queen have had a 6 number ones, 53 top 40 hits and before Freddie sadly passed, they had released 12 studio albums. In 1981, the Greatest Hits album was launched and it’s actually the UK’s bestselling album of all time. So worthy. 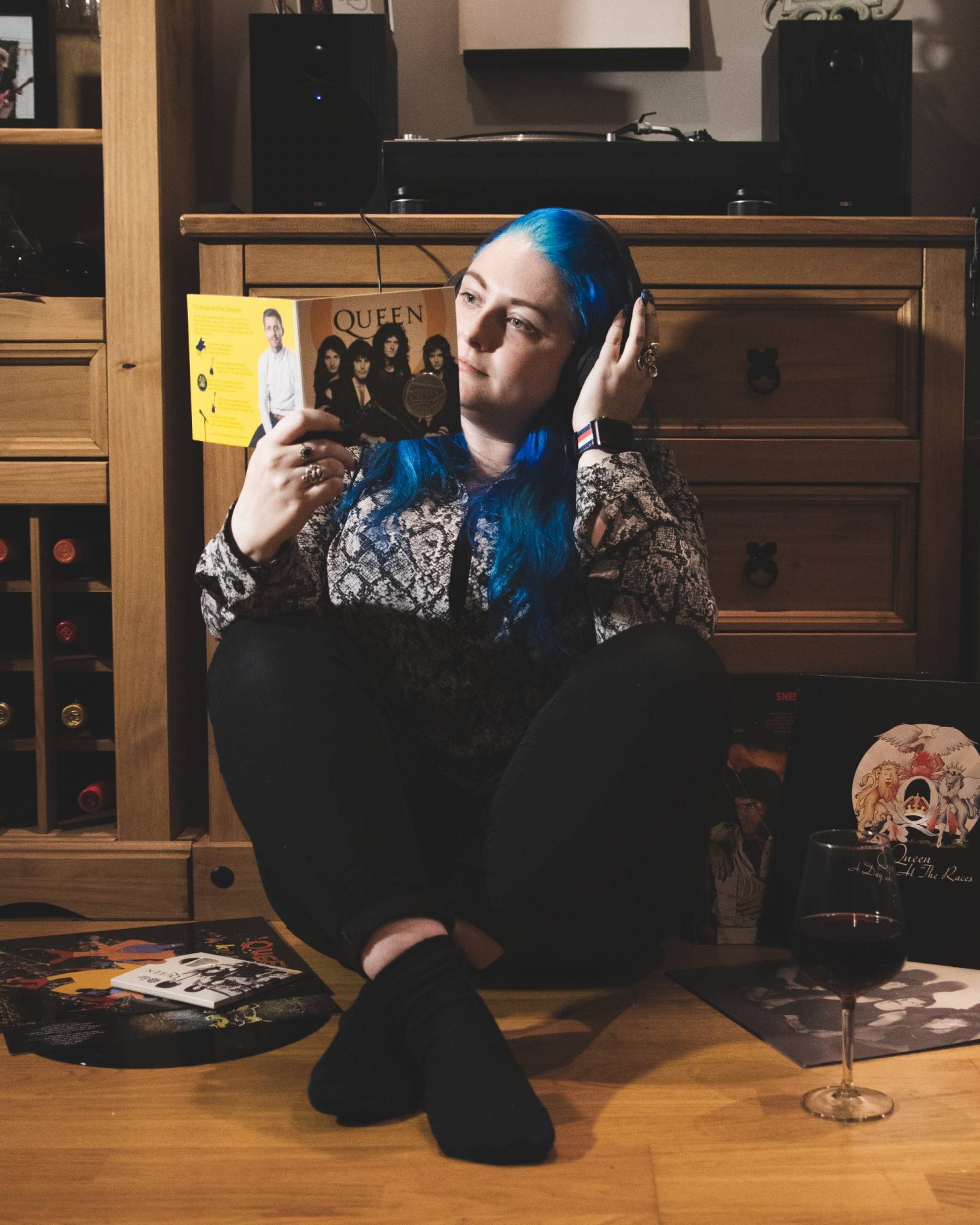 This launch has been highly anticipated by both coin collectors and music fans alike, as you can imagine as it’s such an iconic release.

Queen have been celebrated with an array of designs that feature each ot the iconic instruments played by each founding members. These include Brian May’s Red Special guitar, John Deacon’s Fender Precision bass, Roger Taylor’s Ludwig™ bass drum and Freddie Mercury’s Bechstein™ grand piano. The Freddie Mercury coin even has the opening notes of Bohemian Rhapsody pressed down which gives it a really nice touch.

The coin I got my hands on is the Brilliant £5 Uncirculated Coin that comes complete with a booklet filled with facts, stories and anecdotes about the band. This is the very first release and is currently unlimited. There are others in the collection that are limited and some that have sold out already so if you have ‘One Vision’ to add one to your collection you’d quite simply be ‘Radio Ga Ga’ to wait around. Or if like me, you’re thinking this is a great gift for a loved one such as Mother’s Day or Father’s Day, don’t wait for the ‘Hammer to Fall’, grab yours before they’re all gone. 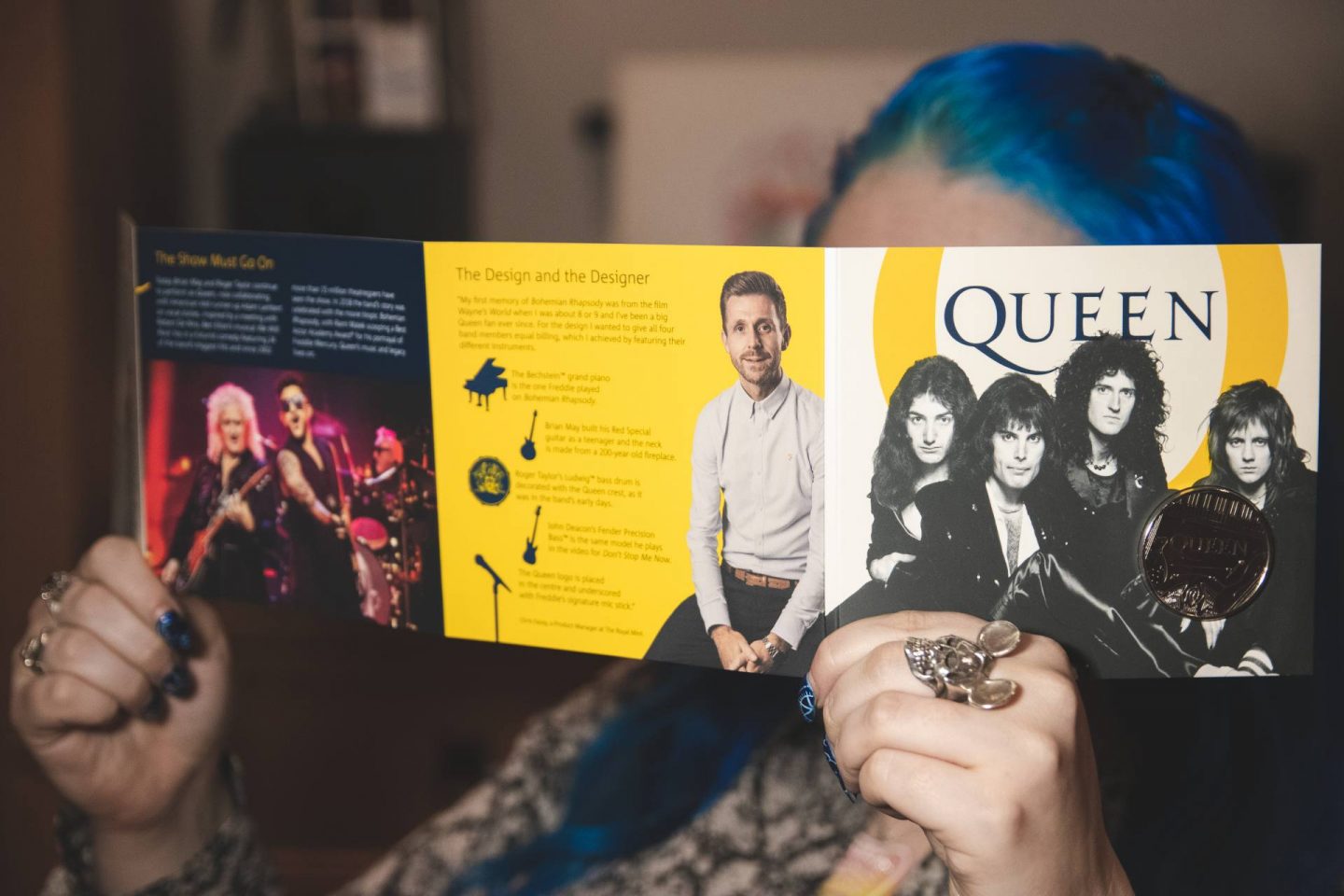 My fondest memory of Queen would be from a good twelve or thirteen years ago when I was lucky enough to perform at the Royal Albert Hall with a dance troupe that I was part of. We danced to ‘Don’t Stop Me Now’ and I was just so overwhelmed with performing in such an incredibly prestigious venue that those three and half minutes sped by at the speed of light and I really didn’t want to be stopped! This coin brings back that great memory whenever I look at it, so it’s most certainly a wonderful addition to my music memorabilia collection.

This Month in Images!

Song of the Day!