Today, on the ‘Meet the Brewer’ series is the wonderful Rick Coppack, the Head Brewer from Billericay Brewing Company. Last week we attended a tap take over with Rick and Billericay’s other brewer Andy at The Hop Inn so it only seems fit to share this now! 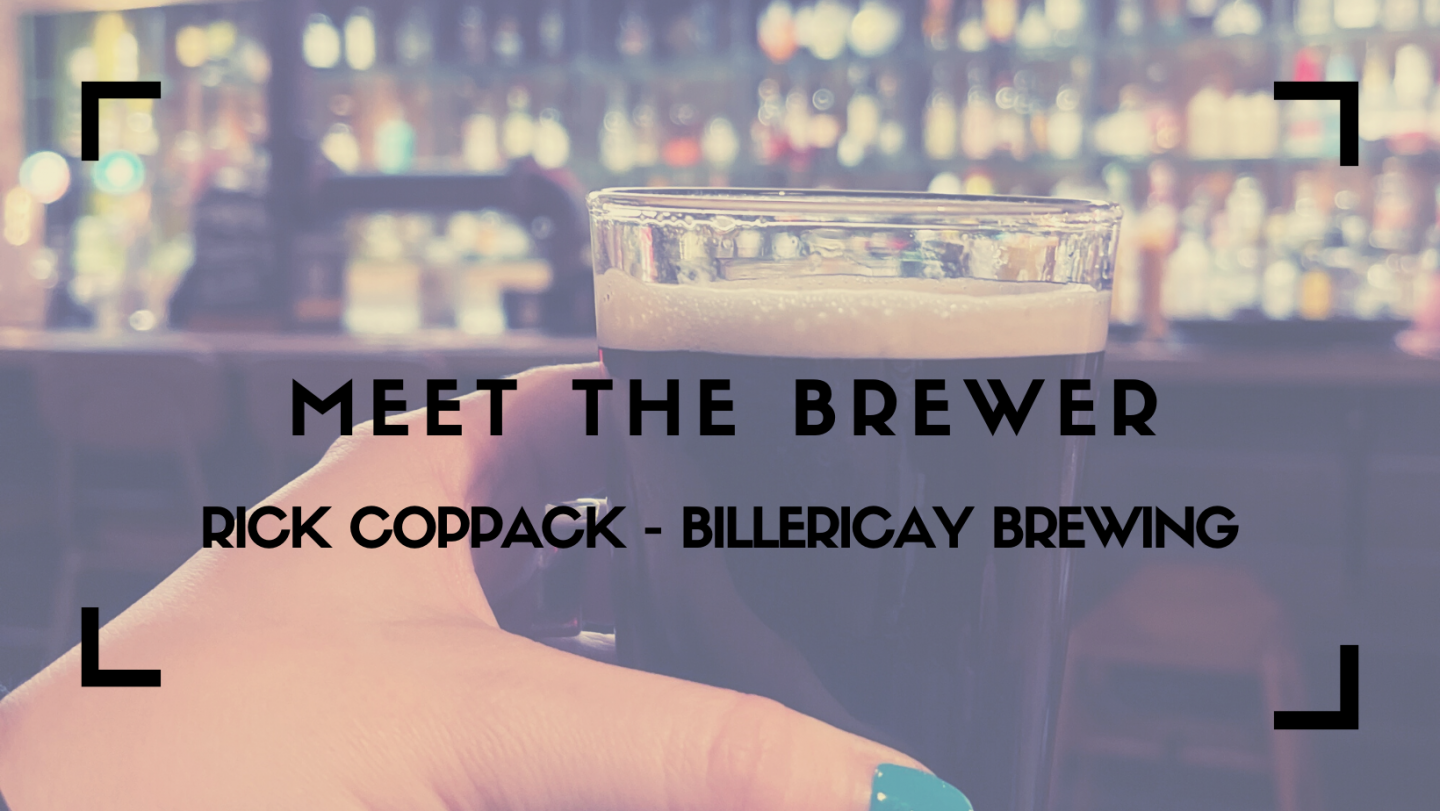 have always been interested in beer, particularly real ale. My Father was a very early adopter of CAMRA and helped to set up the East Herts & Essex Borders branch in the early 70’s. So I was always in tow when he visited embryonic beer festivals and real ale pubs (the classic scenario of sitting outside the pub with a bottle of pop and a packet of crisps). Having said all that I am a relative newcomer to brewing professionally. 5 years ago I had either a breakdown, a midlife crisis or an epiphany (those who know me can say which) and decided to totally change my career in the pursuit of happiness rather than money, and the rest, as they say, is history.

For a start we have a small, 4.5 bbl brew kit which is fairly rudimentary. So by its very nature each brew is small batch and quite literally, handcrafted. This also means that, despite striving for consistency, there are, inevitably, subtle differences from batch to batch. The phrase “the last batch was good, but this batch is even better” is often heard in our micropub from the regulars. Lastly, being a small batch brewery it is very difficult to achieve much in the way of economies of scale. Therefore, not much of our beer goes out to the wider trade. So if you want to get your hands on our beers the best place to come is our Micropub on Chapel Street, Billericay. 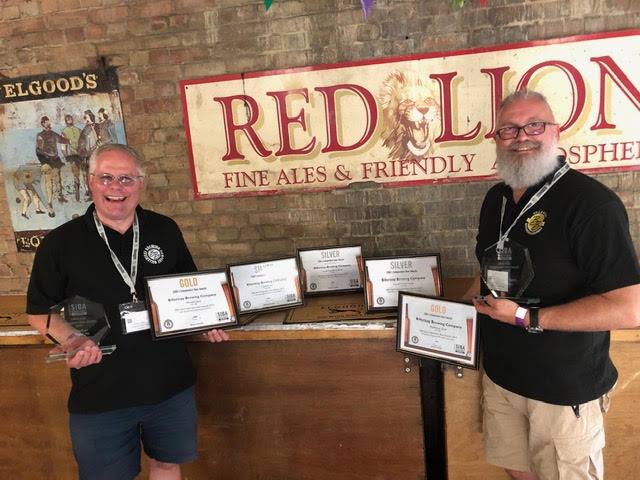 Well all our spent grain and hops go to Sam at Dunton Hill farm. The grain is used as a supplementary feed for his cows (the girls love it he tells me!), and the hops are composted and go back on the land. In the brewery itself we have a condenser which uses the steam from our copper that feeds back into our HLT, and similarly the hot water outlet from our heat exchanger can be fed back into the HLT or another vessel for cleaning purposes. This means that we will use less electricity to heat up our sparge liquor. Wherever possible we try to use our cleaning and sanitising chemicals to clean multiple vessels. So reusing the solutions for cleaning the Copper to also clean the hopback, heat exchanger and mash tun. Frankly, this isn’t purely driven by just the desire to improve our green credentials, it’s good business practice.

How do you feel the internet has changed the way the craft brewing industry operates, if it has at all?

Exposure, exposure, exposure. Just the access to information about styles of beer, and the sheer number of small breweries out there brewing strange and wonderful beers, is astonishing. On the downside, I do think that this can sometimes seduce brewers into thinking that they have to jump onto the latest fad, from soft serve, to barrel aged pastry stouts and the arms race that is “who can brew the strongest quadruple IPA or Imperial Porter.” Fortunately, I think that there is a mood swing back to tremendous tasting, sensible strength cask beers, thanks in no small part to SIBAs current campaign, but also to a generation of beer drinkers who are, dare I say, getting a bit jaded by uber-hopped marshmallow and doughnut beers. Social media, of course, is playing its part in spreading this message also. Rant over! 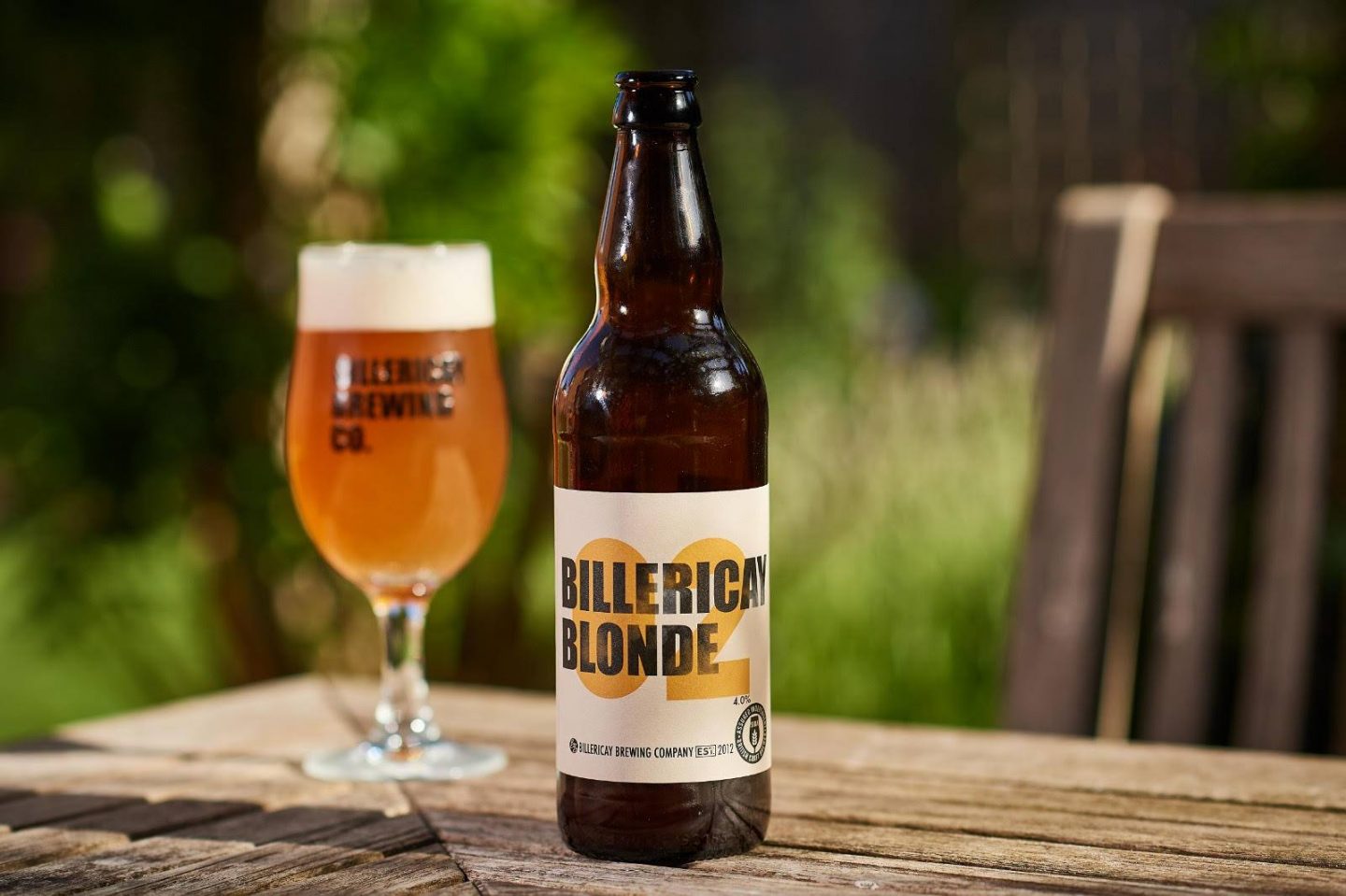 When I joined Billericay Brewing, Trevor and the team had already established a good core range of beers, many of which you mess with at your peril as far as the Customers are concerned. However, “continuous improvement” is not just a buzz phrase for Big Business, and many of the recipes have been tweaked slightly in order to deliver more of the original recipes potential. When it comes to new beers, I freely admit to trying to brew beers that I will like. This is always tempered by the fact that they will need to sell, it has to be a commercial decision ultimately. That said, I like a good Rye beer, definitely an underrepresented style, but we now have two in our repertoire.

What are the biggest problems you run into in producing beer?

For us, the ability to raise and lower temperatures quickly and accurately can be a challenge. The smaller the vessels, the smaller the thermal mass and therefore we are much more susceptible to changes in ambient temperatures. Also, on occasion, we have not been able to get the hops we would like as an entire year’s harvest of a particular variety, can be pre-bought under contract by the larger breweries. The current crop of Harlequin is a good example of this.

What has been your favourite beer you’ve brewed to date?

My tastes change with the Seasons. A lightly hoppy Pale Ale such as Norsey Gold or Mayflower Pale is perfect for Spring and Summer, but right now a Pint of Autumn Rye or Chapel Street Porter takes some beating! And look out for Clevor Trever (yes that is the correct spelling) for a real Winter Warmer.

If there were a beer that you could brew with no regards to cost or production or sales, what would it be and why?

I think that an authentic unfiltered and unpasteurised Keller beer or an amber Vienna style lager would be at the top of my list. I have recently been rediscovering my love of good German and Czech style beers. Lagers definitely suffer from a bad press thanks in no small measure to the anonymous factory brewed offerings you find in most pubs and supermarket shelves. Life is too short to drink rubbish lager!

If you could collab with any other brewery/brewer with money/distance being no issue, who would it be and why?

One of my all time brewing heroes, Mike Murphy from Lervig based in Stavanger, Norway. I’ve always admired and enjoyed Lervig beers (I will always remember a fairly messy afternoon drinking with Mike at the LCBF a few years ago… well most of it anyway!) I think we could do something really interesting and fun with maybe a raw beer and some obscure strain of Kveik yeast.

One tip you would give most homebrewers to make better beer.

Can I give two tips? Firstly, you don’t need to spend a fortune on brew kit. You can brew a perfectly enjoyable beer using big domestic pots and pans and sieves. I do. Secondly, and boringly, clean and sanitise like your life depends on it……the life of your beer does!

Why Canary Wharf isn’t Just for the…

Things I Didn’t Know I Needed Until…

Share:
PREVIOUS POST
"Why Cleaning The Interior And Exterior Of Your House Is Important *"
NEXT POST
"Top Tips for Picking the Best Dog Bed *"
0 comments so far.