A Juniper Journey; A Gin Tasting at The Hop Inn

I’ve recently got into drinking a good gin or two so when my favourite, local, drinking establishment, The Hop Inn, hosted a gin tasting, I just had to get my name on the list. Luckily enough, Mike’s Mum was ahead of the curve and had a ticket for myself and her to go along! 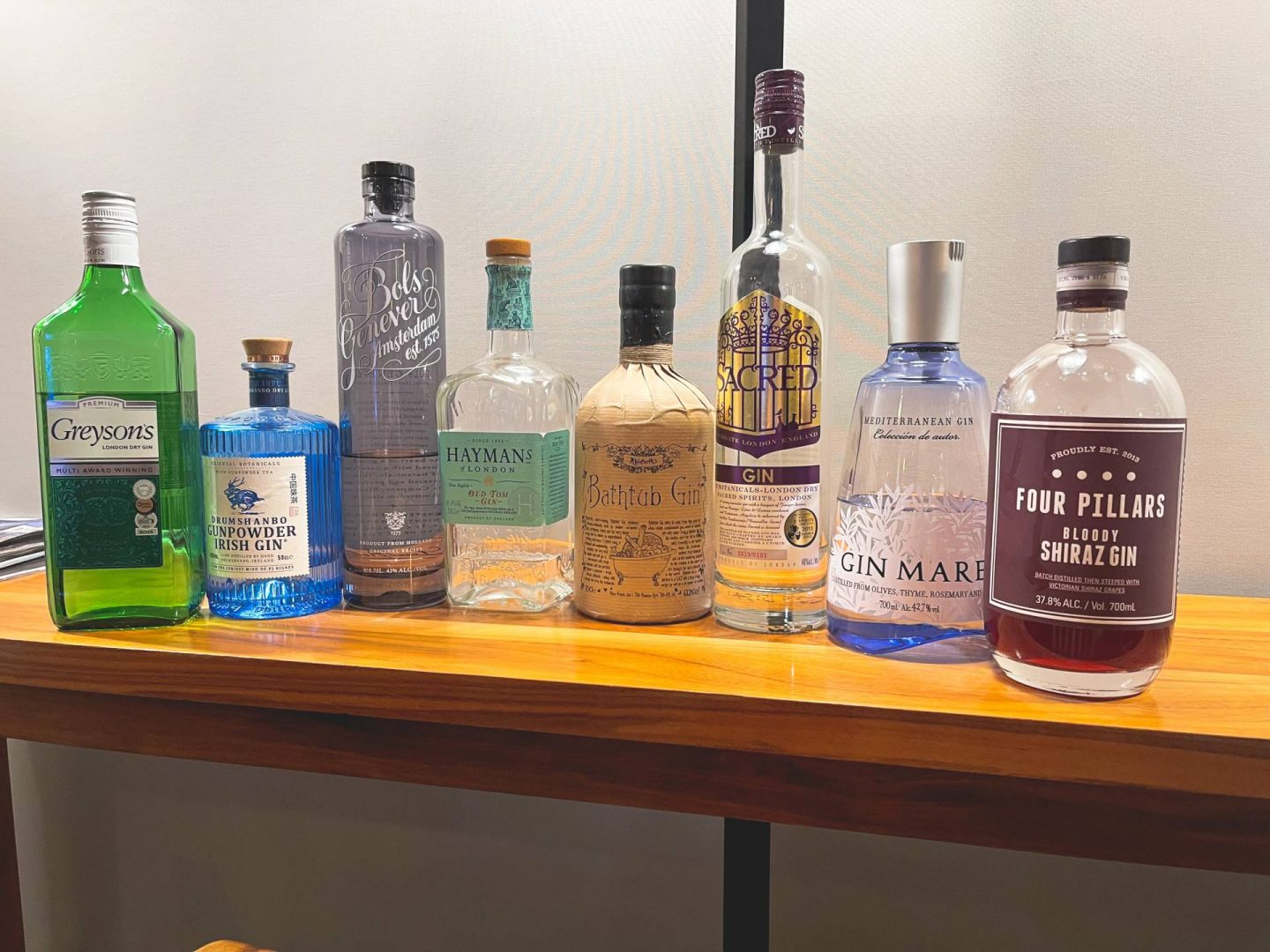 We tried some amazing gins, so here’s what I thought…

For our Welcome Drink, we sampled two different gins ‘blind’ which was really interesting. I thought one of them was flavoured with Parma Violets but I was very wrong; one was the Greyson’s London Dry Gin from Aldi at less than £15 which was actually really great value for money. The second was the Drumshanbo Gunpowder Irish Gin, costing £36, had so many unusual flavours and I will certainly drink it again!

Jenever is the juniper-flavoured traditional liquor that gin derives from and was something I’d never heard of, let alone tried prior to this tasting, so this was a great (I’d even say fun) learning! It’s also where the saying ‘Dutch Courage’ comes from.

This was really quite strong on the nose which I didn’t expect, but it was very smooth and had a really nice mouthfeel.

Fun fact; The US, the Netherlands, Russia, the UK, Japan and Australia are the most important markets for Bols Genevers.

On the nose, this lovely gin gives off scents of icing sugar, lemons, liquorice root and a hint of sweetness from the sugar which is quite a wonderful combination.

Hayman’s, as a family, have been distilling since when a charismatic London pharmacist opened a small distillery in Cale Street, Chelsea and began experimenting with different recipes until they pioneered a drier style that we know today as London Dry Gin.  They then gradually branched out into other styles, and from what I’ve tried of theirs, they’re pretty darn good at it!

Before coming along to the tasting, I’d drunk this gin before and enjoyed it so much that my parents bought me a bottle along with some lovely glasses as part of my birthday present.

This is a gin that I often see in bars due to its unique branding, but I was yet to try it. Does anyone else find it a little bit stressful at how many good gins there are to try?! But now was the chance!

Made with Juniper, Orange Peel, Coriander, Cinnamon, Cloves and Cardamom, this gin was ever so slightly yellow in colour which I’d not seen before, but I’m guessing it’s to do with all those spices! Such a big flavour and I love that it’s made in tiny batches of 30-60 bottles so you feel like you’re one of the few to get to drink that batch!

Prior to this tasting, I was already a fan of Sacred Gin and have a bottle of their Grapefruit batch at home, but I do always enjoy going back to something I’ve enjoyed before.

Sacred Gin, aka Ian Hart, is a small batch kitchen distiller that began distilling in 2008 with vacuum distillation as a way to preserve the richness of flavour and aromas of his hand-picked botanicals. When I say he’s a kitchen distiller, I genuinely mean that Ian and his wife, Hillary, are making this incredibly high-quality gin in their actual kitchen where Ian grew up in Highgate.

Gin Mare is produced in-house in a converted chapel at Distilerias Miquel Guanse in the small town of Vilanova in Spain which, I personally think, is a great use of space!

The Gin Mare, for me, is a very classic gin; clean and refreshing. It’s made with arbequina olives, juniper berries which are grown on the family’s land, thyme, basil, rosemary and a lot of citrus that just gives that proper holiday feeling too!

This is one gin that I urge everyone to try if they ever spot it as it’s so unique and is up there in my top 3 gins, for sure!

I would never have guessed that gin and Shiraz grapes would create such a wonderful pairing, but they do! The Four Pillars Bloody Shiraz gin is dark purple in colour and oozes sweetness straight from the ripe grapes they use. There’s a slight spice coming from the pepperberry and other botanicals added alongside the grapes which really makes this gin stand out against the rest.