Is it time for an Eternity Ring? *

I’m far from tradition in all aspects of my life, but the only thing I am super traditional about is marriage. That being said, my wedding will be far from traditional, but I mean it in the respect of having to ask my dad permission to put a ring on it, being married before we decide if children are the right option for us, and after a few years of marriage being given an eternity ring. This is just simply following in the footsteps of my parents as I like the way they’ve done things.

But it seems that eternity rings aren’t that commonly heard of, or at least not with the people I know!

Eternity rings usually mark an important occasion in a couple’s relationship; such as a wedding anniversary or anniversary of being together for a certain amount of time, 10 years for example. The eternity ring’s circular shape, with diamonds all around the band, symbolises lasting love and everything it can endure. Eternity rings are also difficult to make. They’re a result of skillful jewellery craftsmanship and therefore, such a great item to receive.

There is more than one type of eternity ring, just as there are with engagement rings, so I will share a little bit about both types. 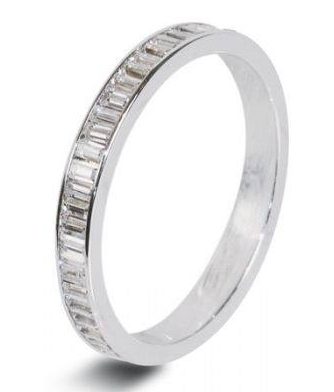 A “full” eternity ring has diamonds or gemstones that go all around the ring in a continuous line, as the name suggests! Many people consider full eternity rings more beautiful because they have diamonds or coloured stoned going all the way round which, in turn, can make them look and feel more luxurious. As a slight downside, however, the diamonds or gems on the underside of your hand can catch more easily, so you have to be careful while wearing them. Not ideal for clumsy, heavy handed people like me! 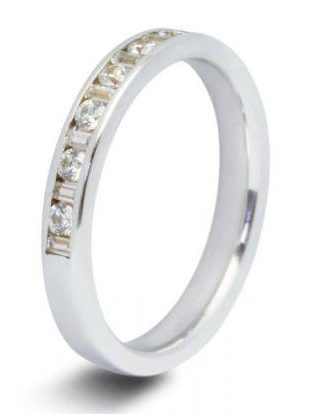 A “half” eternity ring has stones set across the top half of the ring which means that for some half ternity rings are more practical and comfortable as they are less likely to get caught. They also allow larger stones as there are fewer of them. This would be the number one choice for me, with a few sapphires thrown in!

If you’re looking to buy an eternity ring, the stones can also mean something too! For me, I’d want sapphires in mine as they’re my favourite stone, but a sapphire is actually the September birthstone. If you’re buying a ring with emeralds in, then this usually symbolises motherhood of the birth of a child. The ruby is the official gem for your 40th Wedding Anniversary so you may just want to be aware of those small things!

Got A Friend That Needs Cheering Up?…

Birthday Gifts For The Man In Your…