Chotto Matte is a bit of a London establishment; everyone seems to know its name and the graffiti adorned walls give it a huge presence on the bustling streets of Soho. I’vve walked past numerous amounts of times, always saying to myself, ‘I need to go there!’ and this weekend it happened. I jumped on a train to Tottenham Court Road, met up with a friend and we made it through those big glass doors to try the Chotto Matte Brunch Menu! 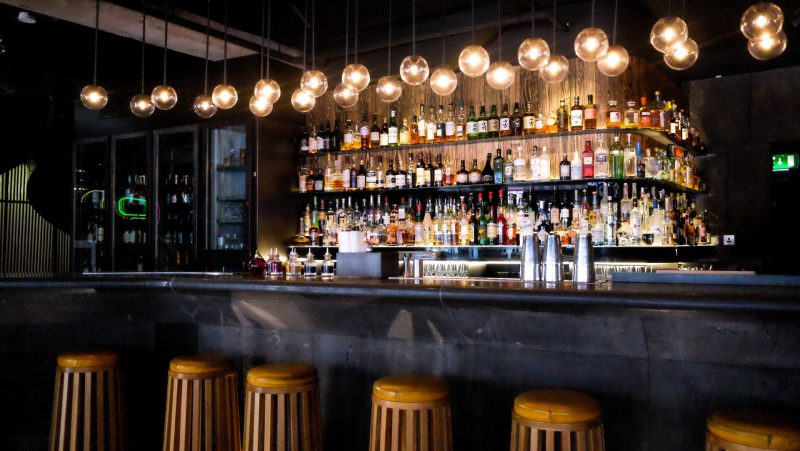 The decor was so quirky; dark furniture complemented by more graffiti strewn walls in bold blues and pinks. There were two bars and ample sitting for food. Chotto Matte is a Nikkei style restaurant; that’s Peruvian style dishes with a modern Japanese twist whilst bringing the energy of underground Tokyo and the Latin American spirit of lively Lima. A right mix of bold, fun cultures. 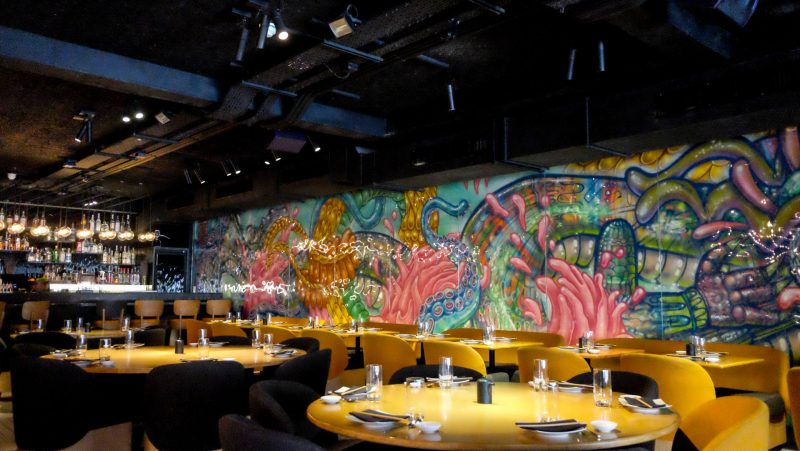 We were shown to a little table in the window and handed the brunch menu, where we opted for the alcohol included menu at £50 per person which consists of one five course tasting menu,  one cocktail or beer on arrival and to follow half bottle of prosecco or wine for when you dine. 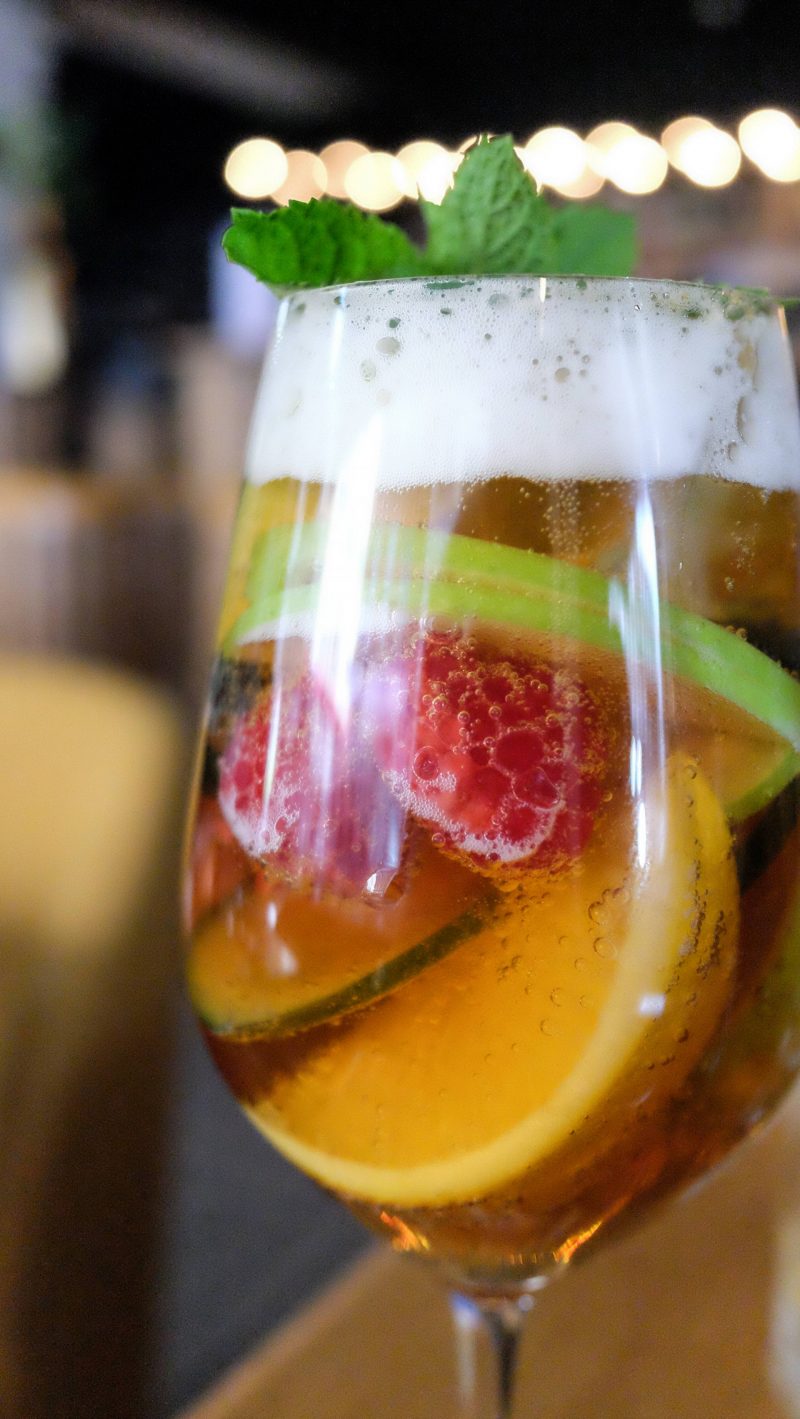 I went in for a Pimms cocktail as it screams summer to me and the sun was shining out side. My friend went for the Hakushu Distiller’s Reserve Whisky from Japan at a huge 43% I’m shocked he wasn’t a little worse for wear after!

The first course is a Ceviche made with sea bass sashimi, sweet potato, Peruvian corn, coriander, chive oil and leche de Tigre. Which was a cute way to start the meal, it was also a great way to get me back into using chopsticks as it’s been a while. The Peruvian corn really added a nice crisp bite to the dish and was a flavour I’d never tried before. 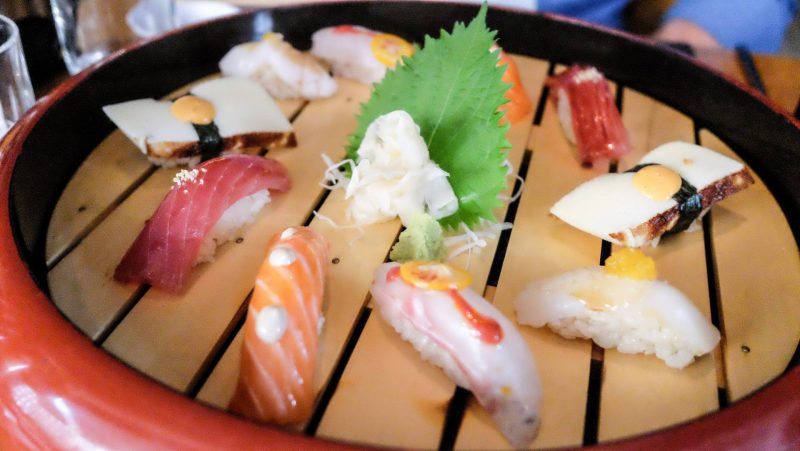 Second up was the sushi, the really photogenic sushi. 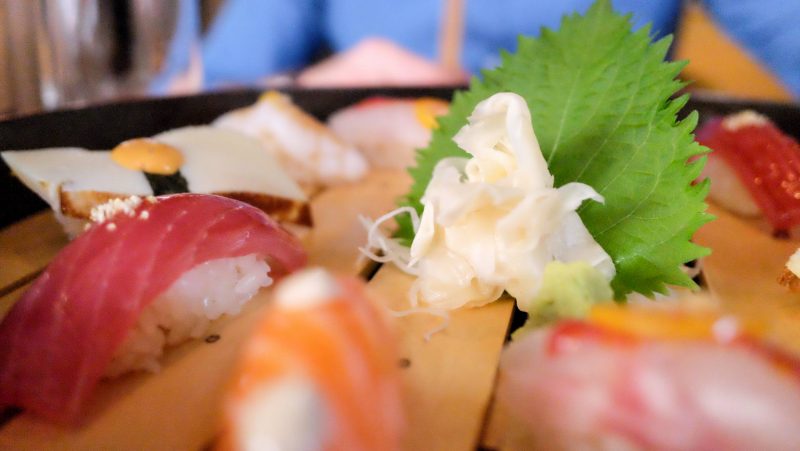 The sushi was made up of six pieces; Maguro (tuna), Hotategai (scallop), Sake (salmon), Hamachi (yellowtail), Suzuki (seabass) and Tamago, a Japanese style omelette.  I’m not usually big on sushi but all of these were so fresh, and filled with flavour that I really enjoyed them. 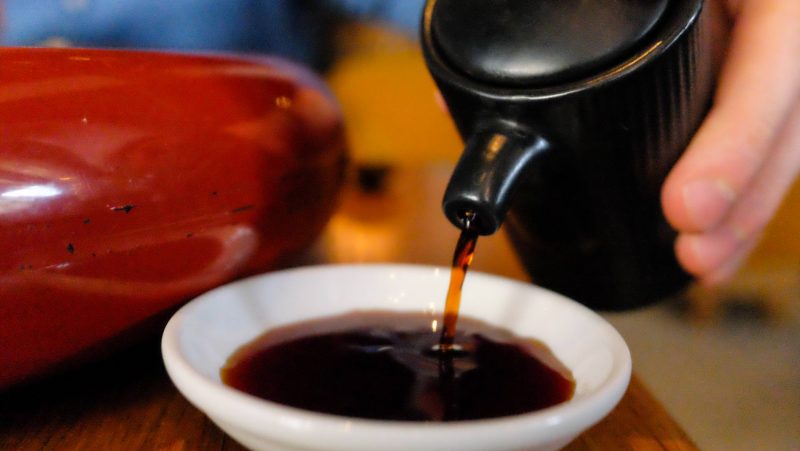 And of course, there was some soy sauce dipping. Soy sauce is seriously a huge weakness of mine! 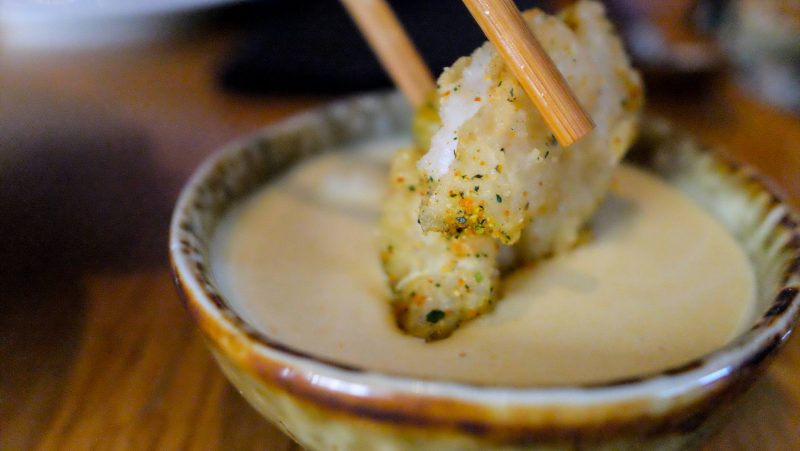 Course number three was the Nikkei Sepia which is calamari, aji amarillo emulsion. Gosh, this was so good! I do love a bit of calamari and this had the perfect spice kick in the after taste. The sauce was lovely too.

We then had a bit of a break to have even more of a catch up and to let those first few courses settle. 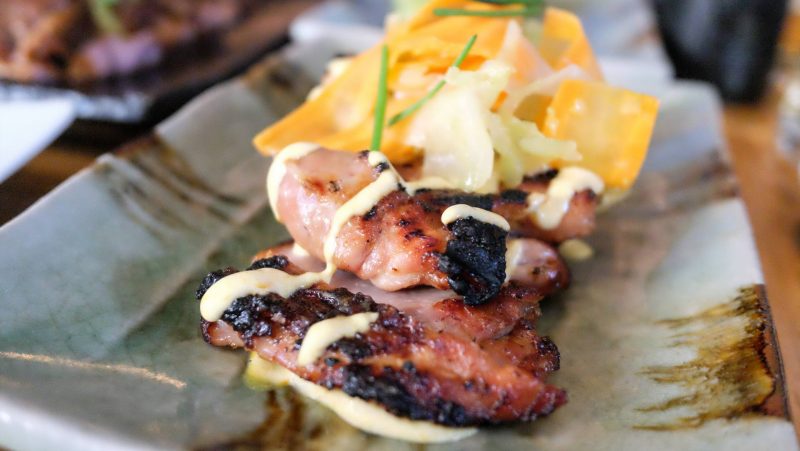 The fourth courses were three sharing dishes, with the first being Pollo den Miso which was made from chicken miso, carrot, daikon, and yellow chili salsa. This was probably my favourite dish of the meal, I’d love to be able to make this at home for dinner with a portion of rice as it was flavoursome. 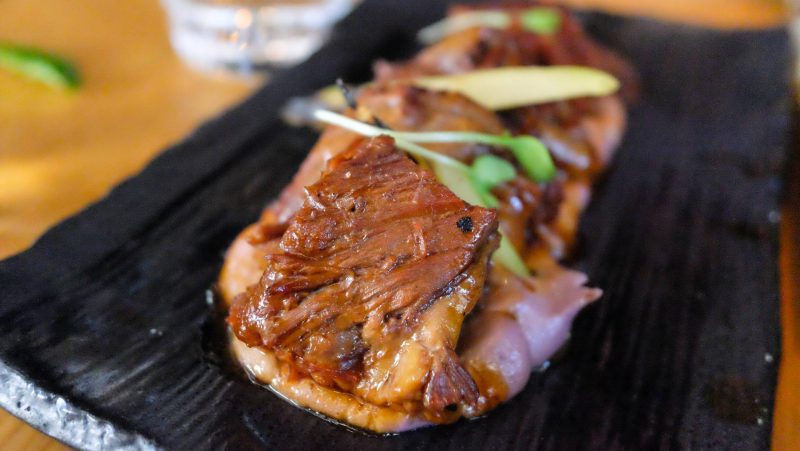 My second favourite dish of the day was the Asado De Tira which is made from beef short rib, asparagus, purple potato with teriyaki jus. The beef literally just fell apart meaning it could be eaten with chopsticks with no issues, even for a novice for me! The purple potato complimented the meet perfectly and a bigger portion of this would make a great main meal. We also has a portion of Sake sautéed broccoli which was lush!

We had another short break as we were still chatting away drinking our Prosecco and wine! 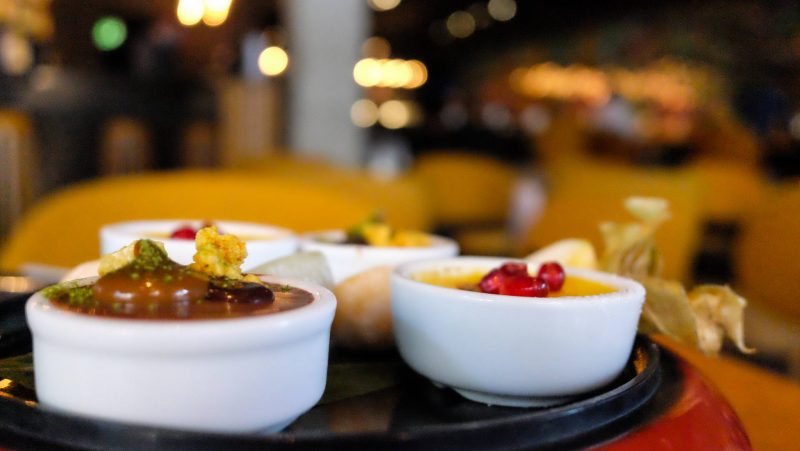 Dessert was another sharing platter filled with an insanely good Chocolate pot, Mango and Green Tea mochi balls, and a Passion fruit brûlée. I love when you get more than one dessert to try and the little piggy in me loves this!

Our service was second to none, our glasses never went empty and the toilets were one of the coolest I’d ever been in. It’s ok to judge a venue by the loos, right?!