Dealing with Uncertainty: Brexit and the UK Jewellery Market *

As many of us are familiar with, 52% of Brits voted to leave the EU on the 23rd June 2016. Following the activation of Article 50 in March 2017, a two-year negotiation period has begun. The outcome of the deal is unknown and has left many businesses with uncertain futures.
Before the polling date, retailers from the jewellery market were asked about their voting plans at an industry dinner where 38% wanted to leave, 43% wanted to remain and a massive 19% were undecided. Despite the fluctuations in the pound following the vote, the retail sales in October 2017 had risen by 1.3% on a like-for-like basis compared to the same time in 2016, however, some experts are predicting a further weakened economy.

So, what does this mean specifically for the UK jewellery market? We take a look at the uncertainty that faces the market and how they can deal with it. 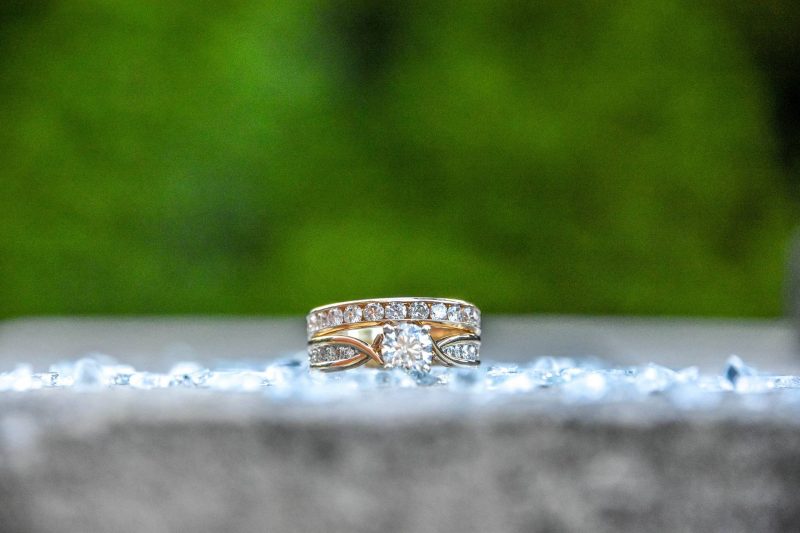 Disruptions in Business Operations
As trading regulations for imports and exports are not confirmed yet, the future of the supply chains of many retailers are uncertain and 32% of UK businesses who work with European suppliers have said that they are now looking for UK based alternatives. Many jewellers outsource their rings from abroad and this may not be possible for much longer. In this case, jewellers would have to source their rings domestically which could possibly lower the quality of the jewellery that is available. Some are arguing that this is a good thing, that it may encourage more skilled workers to enter the industry and lead to a more self-sufficient UK. However, training new workers through an apprenticeship scheme would require government funding and detailed planning which is something that is not in place as of yet.

A large part of the jewellery industry is hallmarking, a reputable hallmark increases the value of the piece and is attractive to buyers. Some larger jewellery corporations are worried that some EU countries such as France, Italy and Spain may not choose to recognise British hallmarks in 2019. As a result, this could see these companies moving their hallmark operations to other countries – taking their payments with them.

The Weak Pound
The pound has been fluctuating since the announcement of Brexit and a weak pound is bad for the jewellery trade, and for all trades, in the sense that precious metals and gemstones are traded globally. The lower the pound falls – the more expensive they become in real terms. In an industry such as jewellery, where luxury pieces typically have a low inventory turnover, this could make it more difficult to sell their pieces as prices will have to rise.

Being Unable to Plan Ahead
There are many uncertainties and even the experts can’t predict what will happen in the wake of Brexit. If a price rise does occur in the jewellery industry, some experts believe that people will still continue to invest in luxury and others believe that it may cause a disruption for jewellers.

A survey was carried out, exploring the opinions of 2,111 supply chain managers from across the globe – 904 of these were UK businesses with European supply chains. A massive 80% of those asked said that the EU split is making their long-term planning difficult.
Young creatives who are just entering the industry have also expressed their concern – 23.9% of design graduates said that they were uncertain about the effect that Brexit will have on the creative economy. When businesses are unable to plan ahead it leads to their instability, especially for the jewellery market who cannot adapt their offering massively.

How should the UK jewellery market deal with uncertainty?
In this period of uncertainty, it is advised that jewellers do not make any long-term fixed plans as they could be interrupted with the results of the Brexit agreement. So, how should jewellers deal with uncertainty in the short term?
Maintain international online presence – some jewellers have reported success in their
online sales despite Brexit through focussing on non-traditional markets and foreign
customers. Offering excellent customer service through all distribution channels – it’s important to ensure that sales remain high. Keep in mind that the customer base of jewellers is varied and some customers prefer to make queries over the phone rather than online, make sure that you are offering high-quality service through all platforms.
Renewing product lines – research has shown that Generation X are spending big on
heirloom jewellery whilst Millennials are after pieces with a shorter lifespan. Ensure that you have a product range to meet all of these needs. Staying positive — Angelic Diamonds, retailers of halo engagement rings, have seen the cost of precious metals increase accompanied by a higher demand from customers overseas due to the fall in sterling. Despite the uncertainty of the market, they remain upbeat about the future of the jewellery industry post Brexit.

How to Become a Fitness Coach for…

How Much do Home Improvements Add to…