When it comes to summer, I’m not one for sitting out in the sun on the beach, but I am one for sitting outdoors with friends in London with a few drinks. Having walked past the Udderbelly festival numerous amounts of times I finally ventured in Laura and Kariss one super sunny Wednesday evening. I had no idea that behind the pop-up walls along the Southbank that there was a whole little world waiting to be explored! As we ventured into the main outdoor seating area we made a beeline for the rather large Rekorderlig Cider Botanicals Bar in the far right corner, and each chose a different variation of the cider; I went in for the Peach & Basil, Laura had the Grapefruit & Rosemary and Kariss had the Rhubarb, Lemon & Mint. 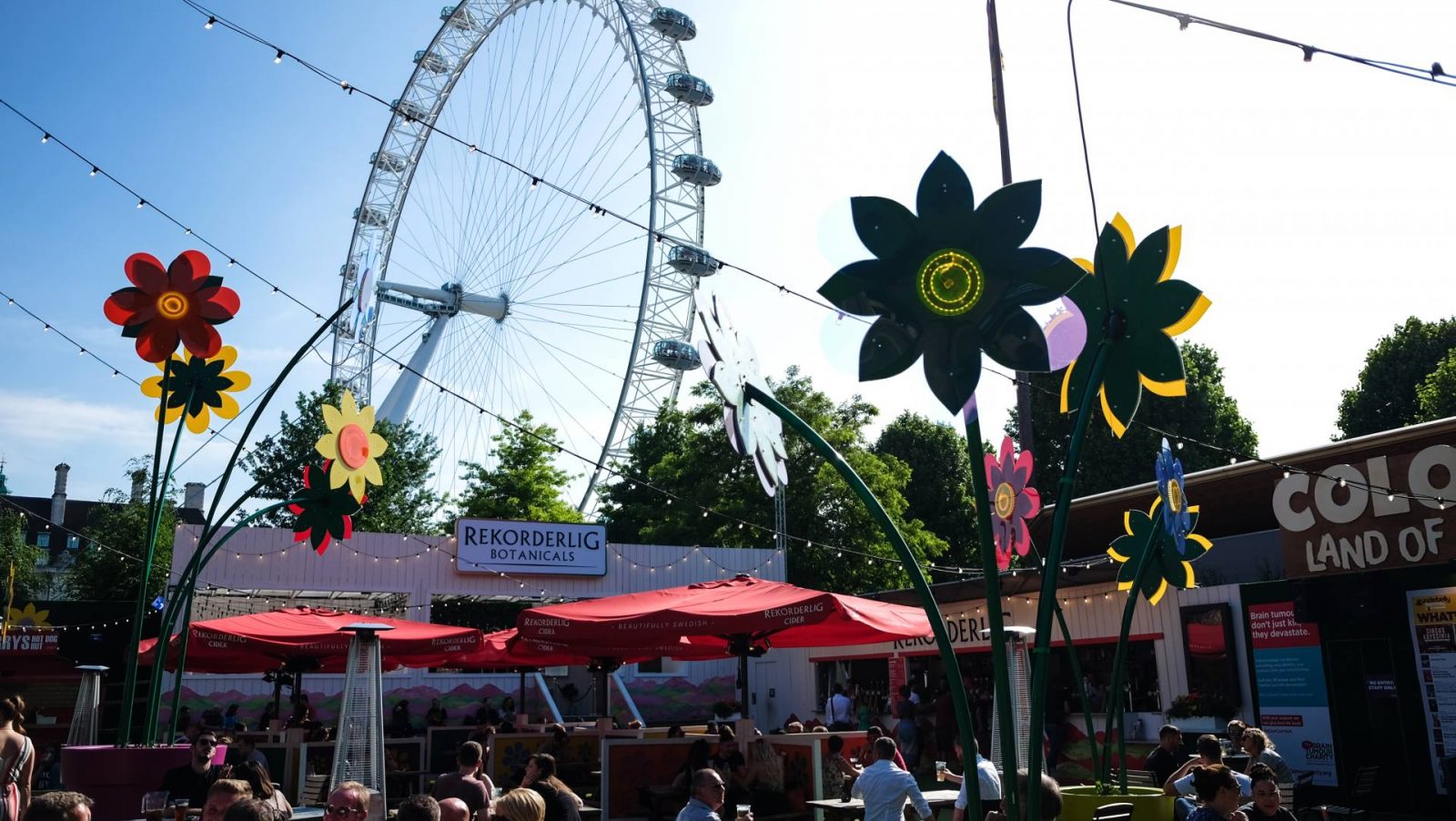 We had a little wander around the outdoor area, oogling over what acts were due to perform as we had no idea what a huge festival Udderbelly was, and then found a bench to call our own.  We were surprised at how busy it was there for a Wednesday evening at 5pm but I often forget that as soon as the sun is out London goes a little wild for outdoor drinking spaces! 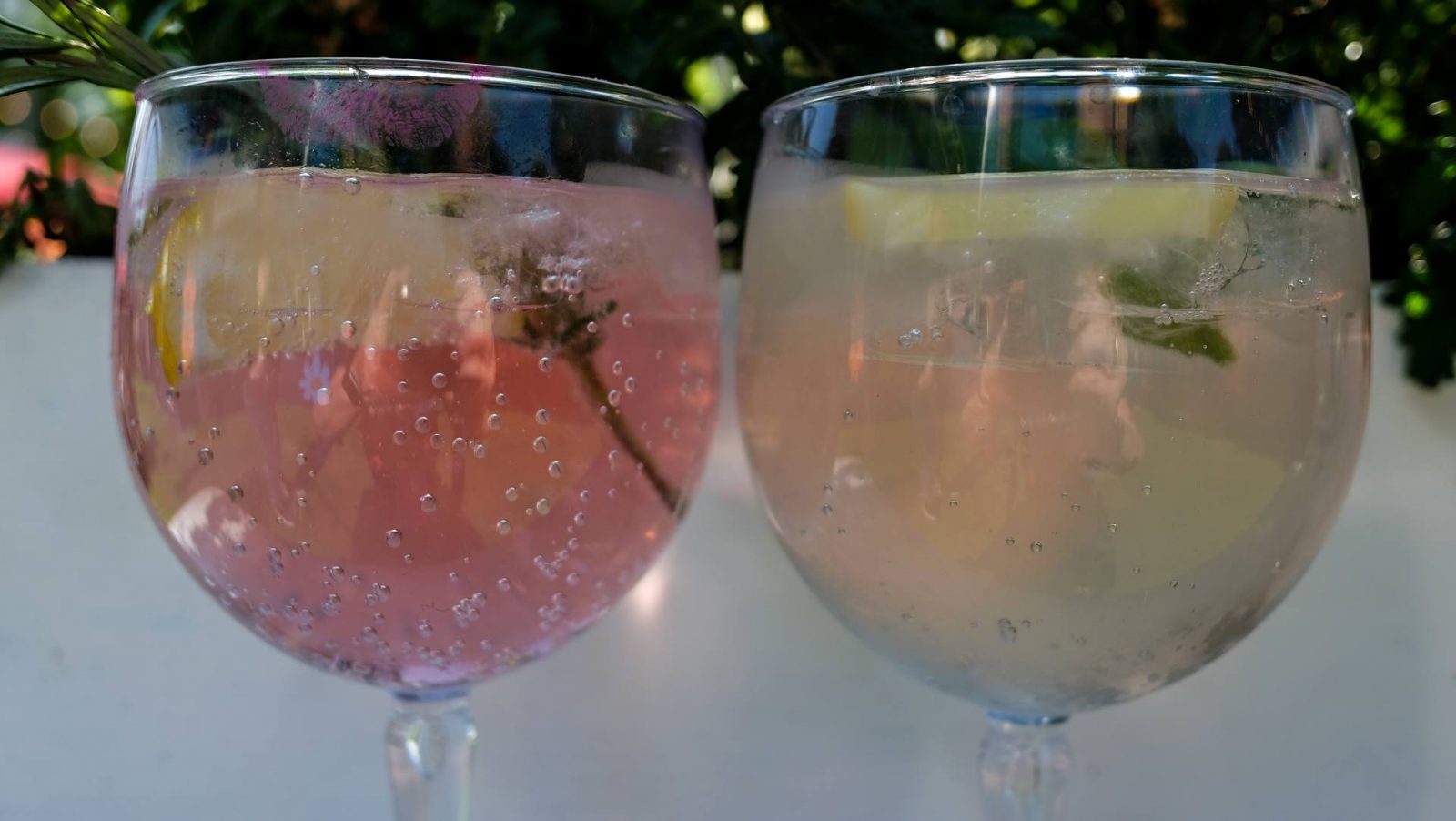 The Botanicals are made from pure Swedish spring water and pear cider to make them taste super fresh. They are literally the taste of summer that you didn’t even know you were looking for. They have this very subtle floral taste that awakens your taste buds and leaves you wanting more. 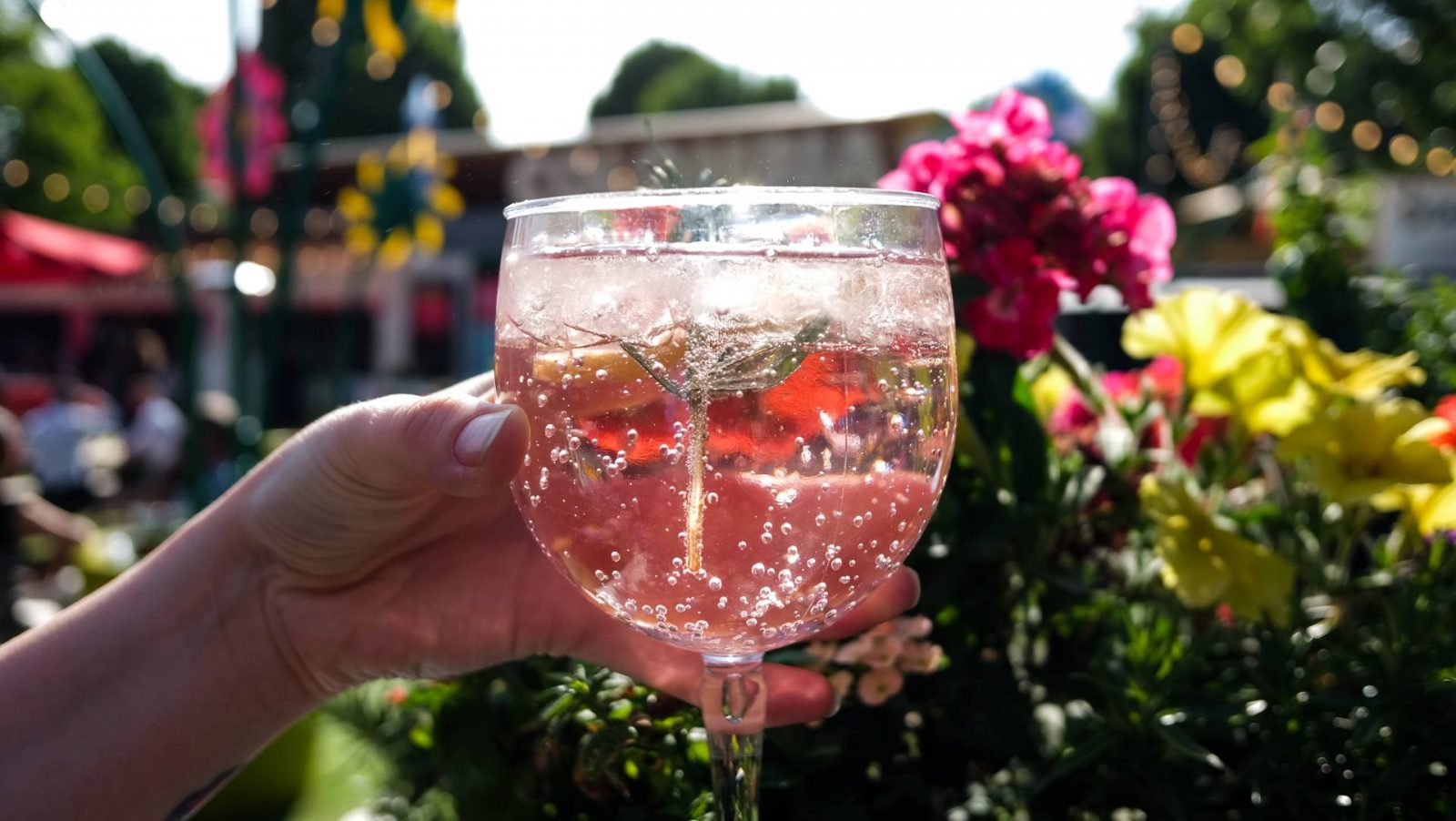 The Grapefruit & Rosemary blend that Laura had is a perfect balance of mild, citrus notes combined with a little aromatic rosemary. She really enjoyed drinking it ice cold with a sprig of rosemary which made for a super cute decoration as well as a hint of flavour too.  I’ve never been one for grapefruit as I find it too bitter but this was so nice; far from bitter and really refreshing. 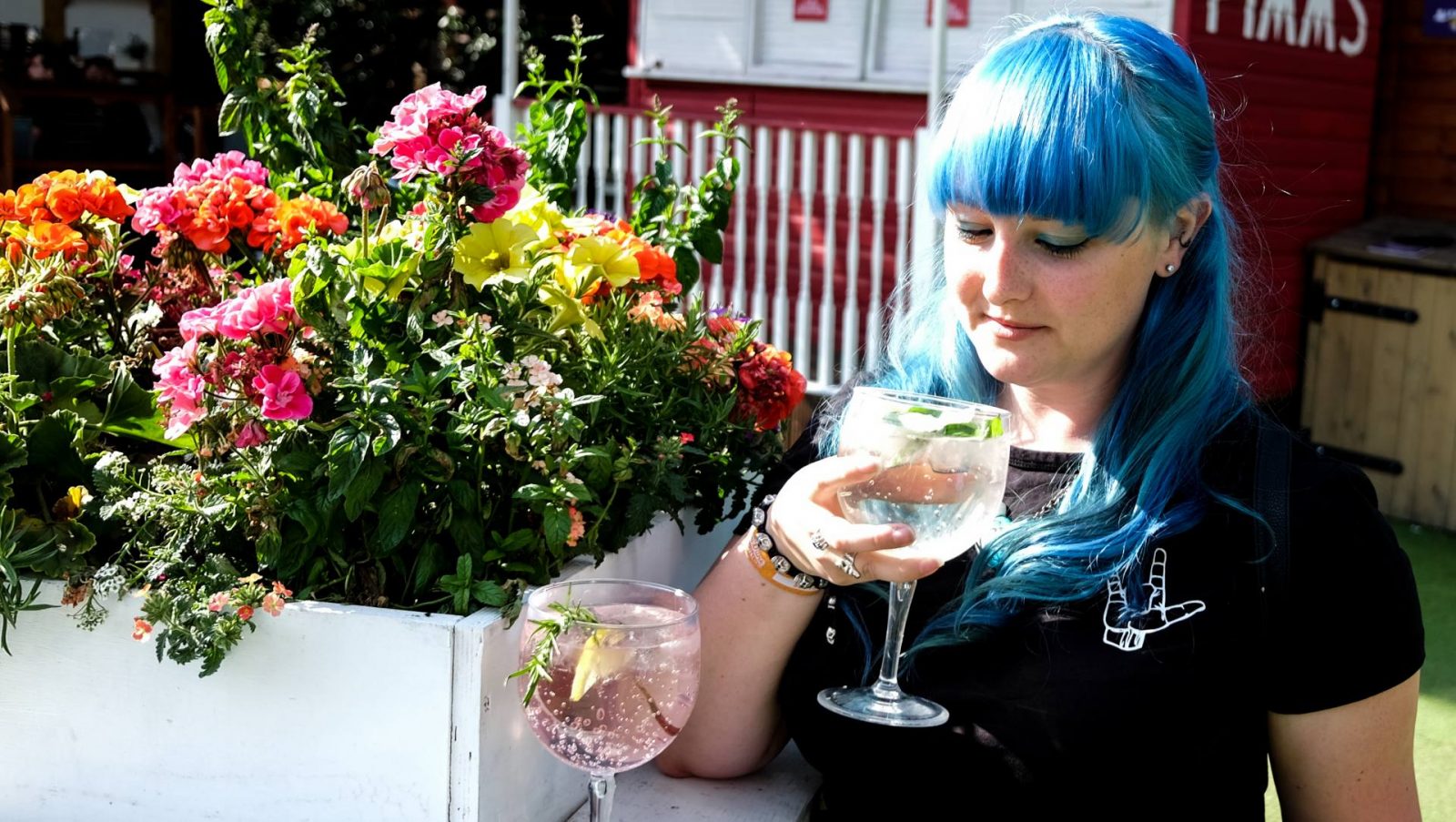 I had the Peach & Basil which offers a subtle tangy flavour created through a deep peach fragrance complimented by hints of light basil. I mean, I think you all need to get yourself a partner that looks at you that way I’m looking at my drink! I love peach flavoured drinks but it’s so rare I find one that isn’t mega overpowering or just tastes of sugar so I was dead chuffed to have tried this beaut of a drink!

Kariss’ Rhubarb, Lemon & Mint had a very distinct sweet flavour with a citrusy and fresh mint twist, which really left you feeling refreshed. It was served over ice with a sprig of mint and a squeeze of lime that made the drink feel more cocktail like than cider like!

In fact, all of these drinks were far more like drinking summer cocktails than a fruit cider as they were far lighter and easier to drink. I like how they come dressed with the herbs they’re infused with to make them that little bit more quirky. These will certainly be my drink of choice for the next BBQ, picnic or outdoor event we go to as they’re just perfect for the sunshine. If you want to get these lush ciders involved at your next BBQ that cost £2 per bottle and can be purchased from supermarkets including Tesco and Ocado.

Cosy Night’s In with Butterkist Popcorn *