When we think of gambling in the States the images that spring to mind are always the bright lights of casinos on the Vegas strip – meccas of blackjack tables, roulette wheels and endless rows of slot machines. Vegas has earned its reputation as the gambling capital of the Western World, indeed globally it’s only really challenged by Macau in China. But Vegas isn’t the only city in the US where it’s possible to play in mega-casinos. Atlantic City in New Jersey is a very popular alternative and a shorter flight from the UK. It’s also got a lot more to offer than just gambling, and it’s going through something of a resurgence. 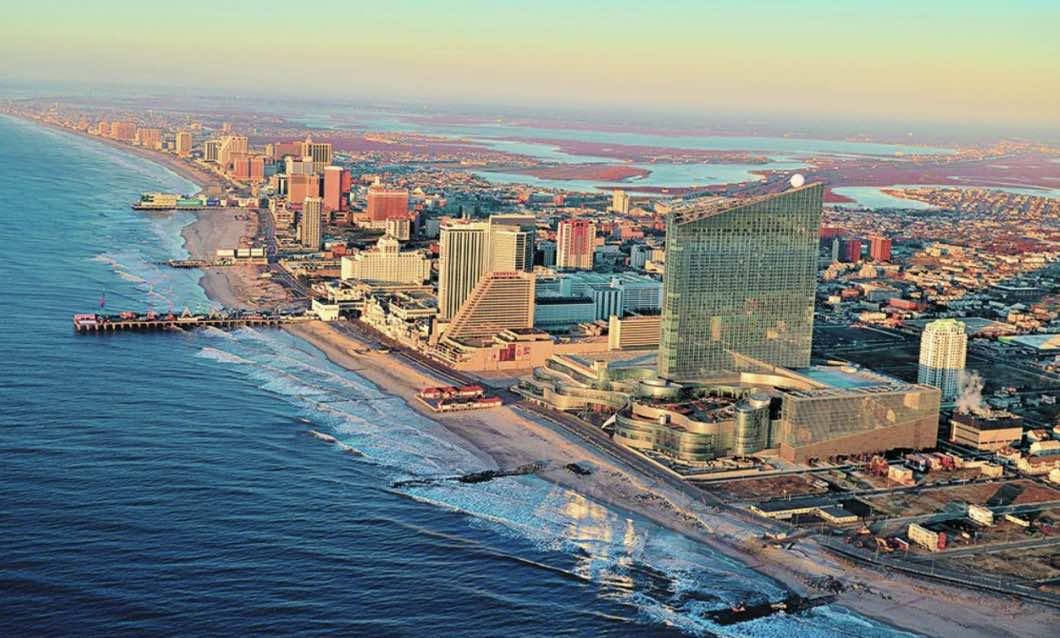 Worth checking out? You bet … and here’s why.

Atlantic City, just like Vegas, has its share of massive hotel-casinos. Famous names include the Golden Nugget, Hard Rock and Tropicana. Each has its own brand identity and perks, but when it comes down to it, they are all offering the same thing: a heady mix of games that adds up to a gamblers paradise. If you’re not keen on the table games and you just want some casual play the slots in these places are great. You can get some practice in online before you head over there, and the choice is endless! The Golden Nugget itself claims to house over 1,300 video slots and video poker games. You won’t be getting bored!

Unlike Vegas, which was built in the middle of the desert and not far from Death Valley, one of the hottest places in the world, Atlantic City is a coastal resort. And that means beaches. So, whilst you might want to spend a fair chunk of your time chasing big wins on the Wheel of Fortune or out poker-facing the pros, you definitely need some down-time too. The obvious place to do that would be Atlantic City Beach and Boardwalk where aside from people-watching there is also plenty of water-sport activities too. As well as swimming and kayaking there is a big surf scene here too.

Just like Vegas, Atlantic City is also home to its share of exciting nightlife. A notable highlight is the Tropicana Casino’s own Quarter – a strip of bars, clubs and restaurants where a regulated climate ensures its always, warm and well… tropical. It’s a bit of a foodie’s paradise – everything from top burger joints to high-class seafood restaurants like Olon. And when you’re done with food, you can simply drink the night away in the Casa Taco and Tequila Bar!

So maybe after many hours you might tire of the casinos and fancy trying some alternative activities. Out on the seafront, one of the most popular attractions is The Steel Pier. It’s a real Old Skool theme park featuring The Wheel (a Big Wheel of course), a Flying Dutchman, Roller Coasters, and some more kid-friendly rides. At over 100 years old and built on a pier stretching out into the ocean, It’s like a better version of an old English seaside fare, and likely with better weather too!

The Spa at Bogata

All those activities sound a bit hectic, so one final recommendation to make sure that you come back feeling like you’ve had a relaxing break, is to check out one of the many spas that operate in the sea-front hotels. One of the best is run by the Bogata. It’s called the Immersion Spa, and not only offers great treatments, or the chance to just relax in the saunas and steam rooms, but at 30 stories up, it offers some pretty stunning views of the Ocean and Skyline.

Atlantic City has a lot to offer and it’s a great alternative if you’re looking for something a little less intense than the Vegas Strip. It’s around an 8-hour flight, family-friendly and has more than just casinos. So if you’re planning a trip stateside, it’s worth checking out.

Why You Have To Visit The French…

5 Things Not To Miss On Your…