Nando’s; How Not To Serve Customers

On Thursday night before heading over to see Bring Me The Horizon at Electric Brixton, the chap and I popped into Nando’s for a quick dinner, and I am actually so disgusted at the service we received that I feel a blog post is needed! I rarely post negative things but this got to me so much that I just had to share! 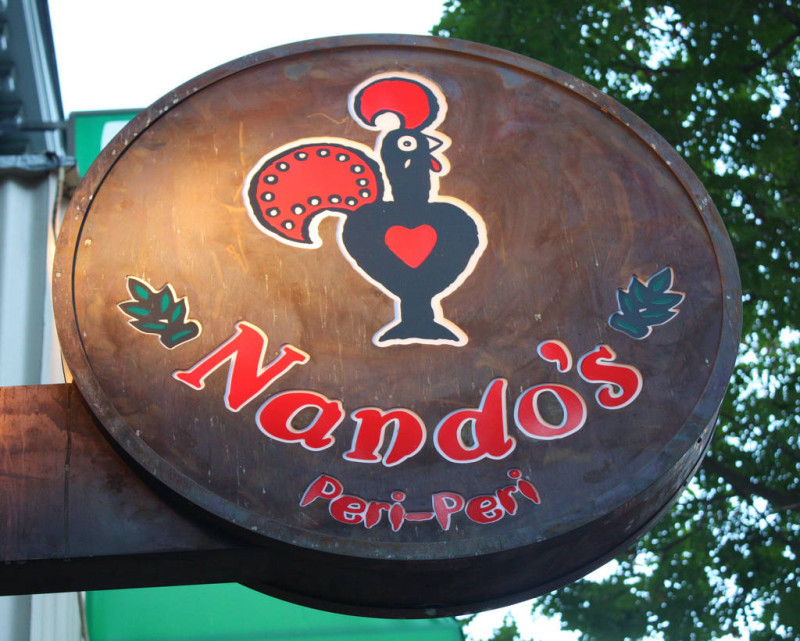 On arrival, the queue was to the door despite there being a vast amount of tables. This is a bit of a pet hate of mine, why leave people who want to pay outside; there’s the chance people will give up waiting and as a restaurant money will be lost! After being seated we ordered right away; the server behind the till asked us at least four times for our table number, and for my Nando’s Card which then wouldn’t work and all I wanted was to to redeem my free starter, but finally after 10 minutes of trying to get our order right we finally paid. I was already pretty annoyed at that point, the server wasn’t listening and had terrible customer service skills.

We filled our glasses, went to grab some cutlery and alas, there were minimal sauces available for use, in fact there was no ketchup at all. ‘SHOCK HORROR!’ I hear you shout, I know, I know, we did manage to get some from a different table whilst we were waiting, but, after half an hour of waiting for my Red Pepper Dip and noticing  that ALL tables that had arrived after us had been served I alerted a trainee waiter to our now mega hungry situation in which he replied with ‘I dunno where your food is’ with serious attitude. I’m not sure about you, but surely the best reply would of been ‘Let me go and check where your food is! Sorry for the wait.’

After then chasing the food again which had taken us to 45mins after paying, which meant I was really hangry by then they finally asked for our receipt. I then watched them put this on the rack with all the other reciepts to cook our food. There was no apology, so by this point I asked to see management as we were now late for our gig.

Funnily enough they delivered food to our table within seconds of asking for management but our starter dip was missing and when the chap asked the same trainee waiter where our starter was, he responded with ‘Well what do you want me to do about it?! Nando’s are you even teaching your staff customer service in this branch?! I’d expect a response like ‘Sorry, I shall go and find out where this is for you now.’ There were zero manners from this member of staff all evening which I find quite beyond me!

At this point we had more than enough, it was now an hour after paying so we requested a refund, we didn’t want the food they rushed onto a plate as we had a band to see, and food was missing. I just wanted to leave as the restaurant didn’t smell particularly pleasant either, it was filled with screaming children and the restaurant wasn’t  even busy, so why an earth were the staff delivering a service that was so below what was expected?

The server then refunded us in cash when we paid on my card, my pocket was filled with change and I was still hungry. They weren’t able to refund the chillies from the Red Pepper Dip so we were offered a voucher in return to only be used at Brixton and we WON’T be returning there.

I’ve never eaten in a place where the staff had such foul manners and this was, by far, the worst customer service I have ever received. There was no apology from any of the staff and they didn’t seemed phased in the slightest that we wanted a refund and to leave. I mean if I were a manager of a branch I’d be doing all I could to stop people from leaving and to ensure the customers were happy in my restaurant!

I feel like all I have done this week is complain about poor customer service, is anyone else noticing how bad it’s got?!

Date Night In with Jacamo

2 responses to “Nando’s; How Not To Serve Customers”